This week's movers and shakers in area business. 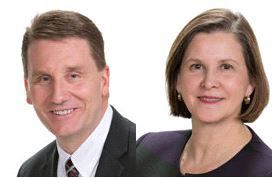