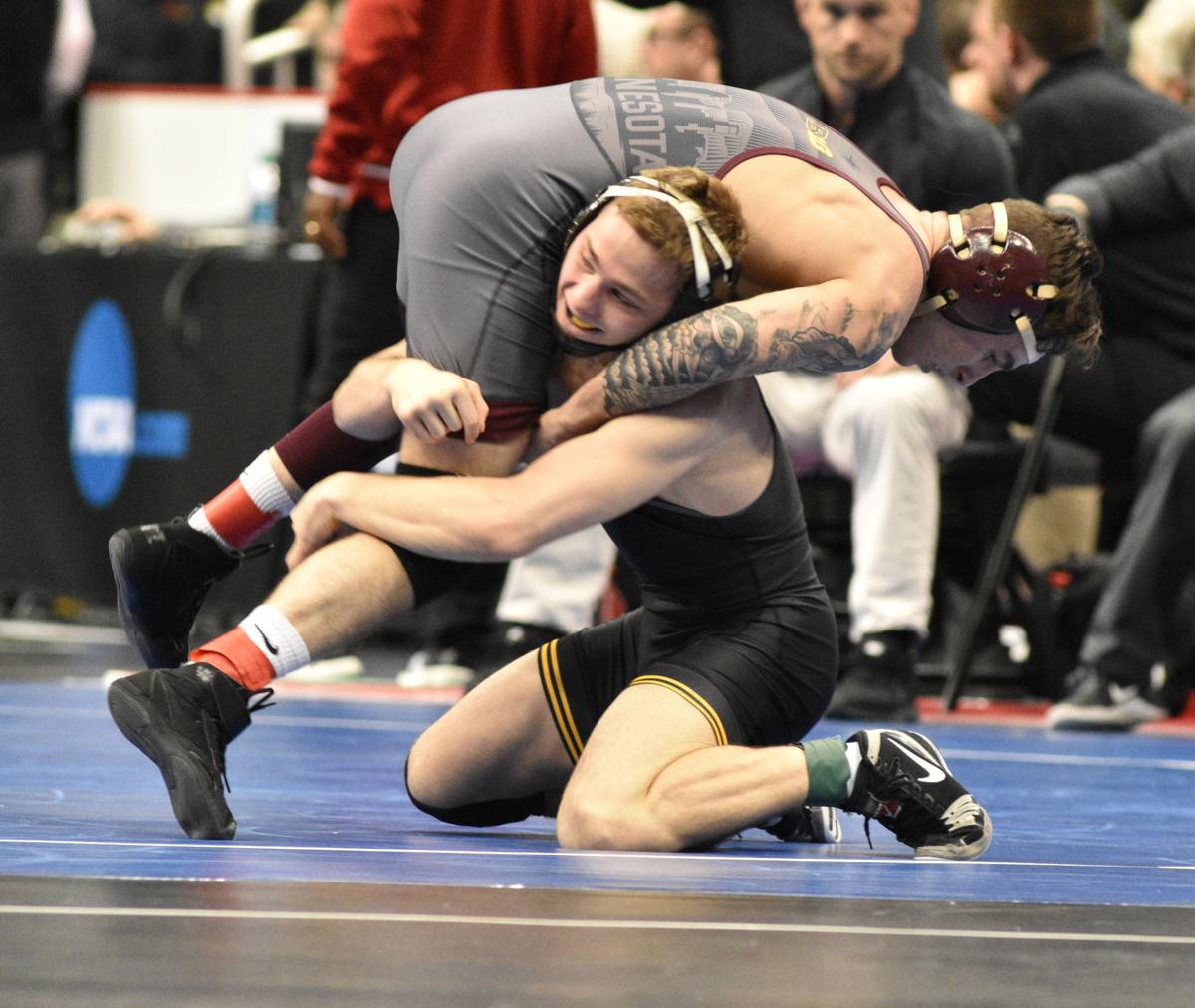 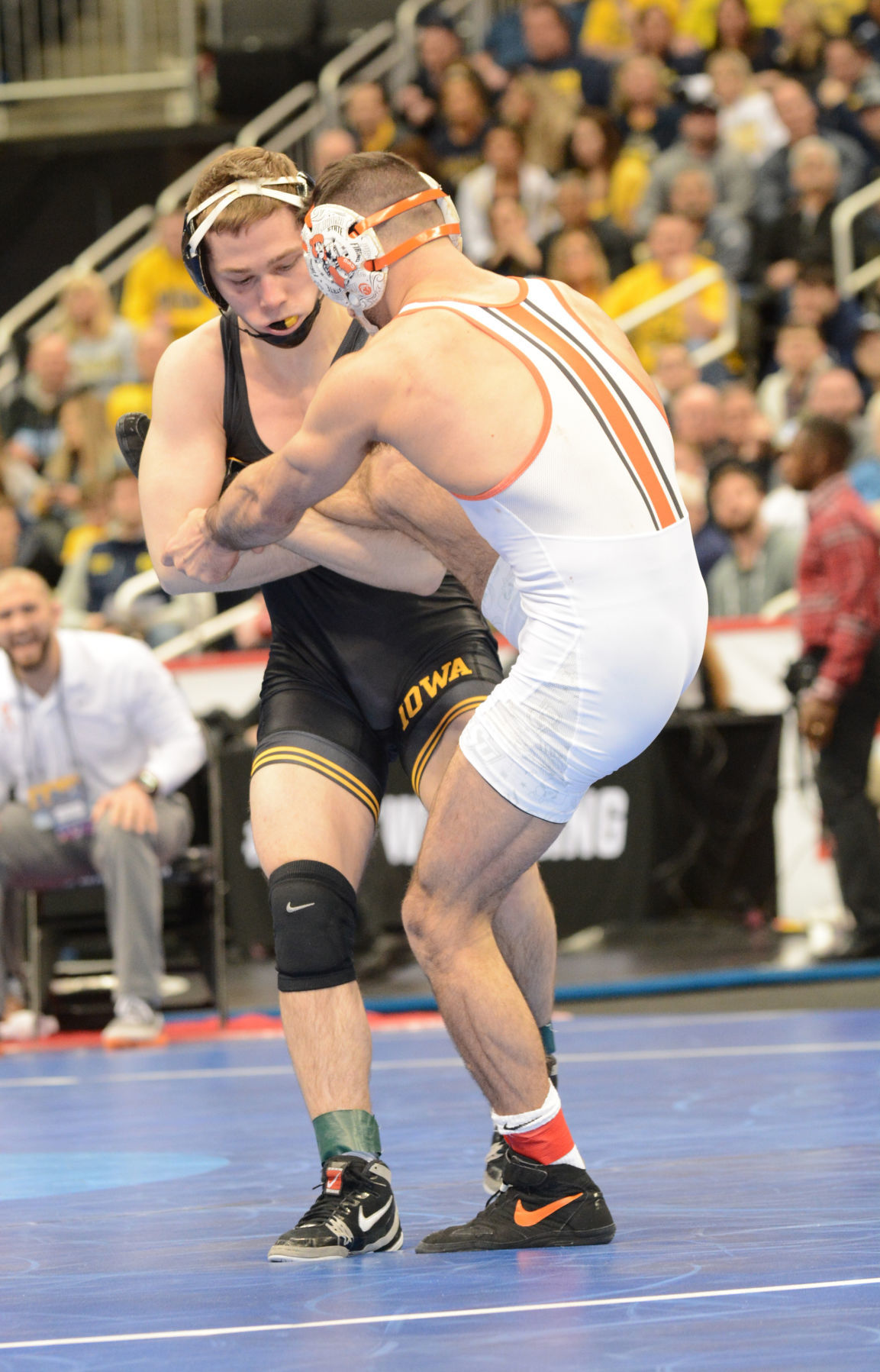 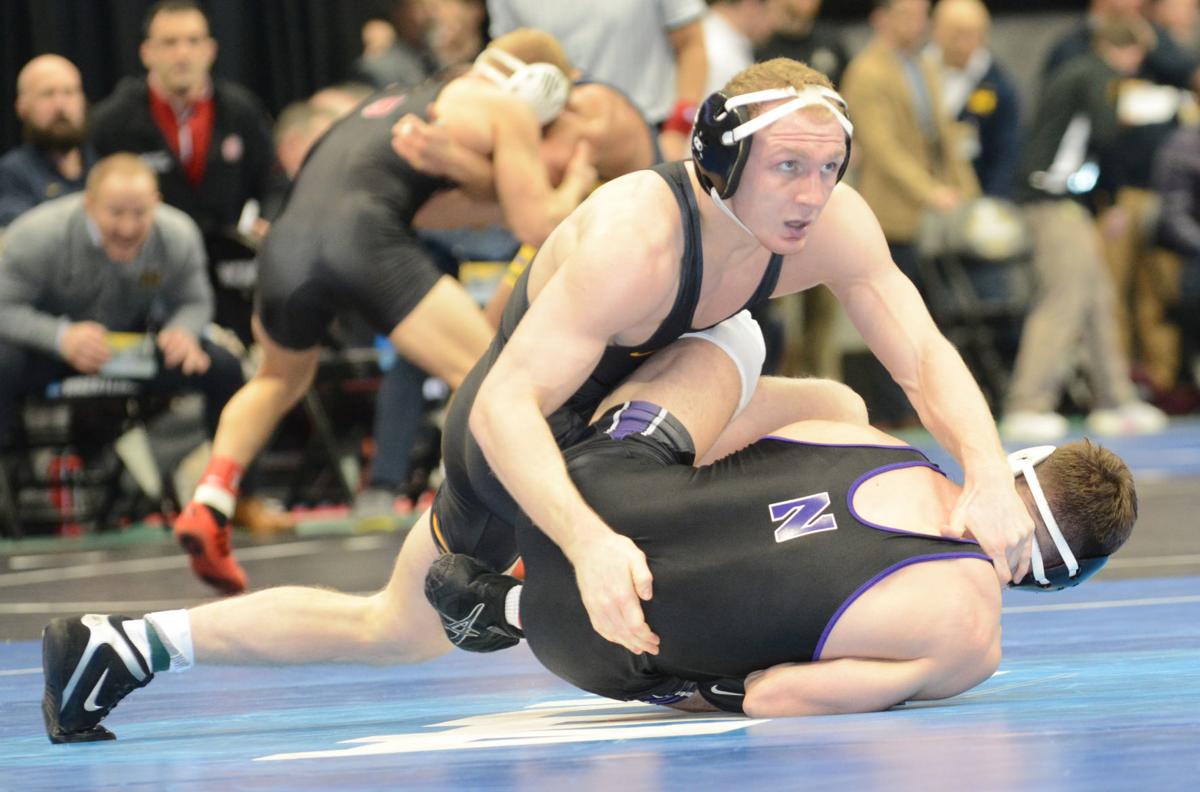 PITTSBURGH, Pa. — Spencer Lee hadn’t been pinned since he was nine years old when he got suffered that fate in February against Oklahoma State’s Nick Piccininni.

Friday in a rematch, Lee never gave Piccininni a moment to breathe as he rolled back into the 125-pound national finals with an 11-4 victory in the semifinals of the NCAA wrestling championships.

“Props to Nick, he’s a great opponent,” Lee said. “He packed me in front of his home crowd ... I couldn’t dwell upon what happened. I just had to learn from it and be better for it.”

Leading 5-4 with RT, Lee finished off Piccininni with two-and-two in the closing seconds for the final margin.

The victory not only launched Lee back into the finals for a chance to defend his title, but gave Iowa an NCAA finalist for the 30th consecutive year.

It is the second consecutive year he has advanced to the finals as a three-seed after three regular-season losses.

“Well, you’ve just got to believe in your coaching staff,” Lee said of what flips the switch for him at the championships. “They believe in me. They tell me every day that I have the ability to do whatever I want to do as long as I believe in myself.”

Iowa’s other semifinalist, Kaleb Young, dropped a 5-3 decision to Tyler Berger of Nebraska at 157.

Iowa will have six All-Americans as Austin DeSanto, Pat Lugo, Alex Marinelli and Jacob Warner will join Lee and Young on the podium.

The Hawkeyes stood in fourth place Friday with 68 points. Penn State was on top with 120.5 with Ohio State second at 88.5 and Oklahoma State third at 73.5.

Lee rolled into the semifinals. He was on the verge of a technical fall when he pinned Minnesota’s Sean Russell in 5:59.

“That’s just my mindset,” Lee said. “I want to tech or pin everybody. That’s just how I’ve always been.”

“Spencer Lee is showing who he is on the mat,” Hawkeye head coach Tom Brands said.

Young, who could not crack Iowa’s lineup last year, scored in the first 15 seconds of sudden victory to beat Northwestern’s Ryan Deakin, 7-5, in the quarterfinals.

Iowa State, one year after having just one qualifier, will have two All-Americans — Jarrett Degen at 149 and Willie Miklus at 197. They are the first All-Americans for the Cyclones since 2016 when they had three.

Miklus, whose father, Garry, passed away from ALS on March 4, pinned Stanford’s Nathan Traxler in 28 seconds in the All-America round to become a four-time All-American. He reached the podium three times at Missouri before transferring to Iowa State this past season to be closer to home.

“It was really special. Every time you come here you don’t want to leave empty handed,” Miklus said. “Leaving with something in your hands is real nice.

“He definitely would’ve been proud, happy,” added Miklus of his dad.

Photos of Iowa, Iowa State and UNI wrestlers competing at the NCAA tournament.