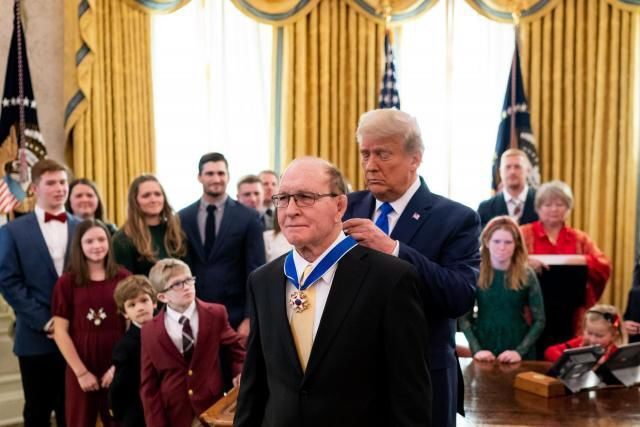 Waterloo native Dan Gable received the Presidential Medal of Freedom from President Donald Trump on Dec. 7 inside the White House. 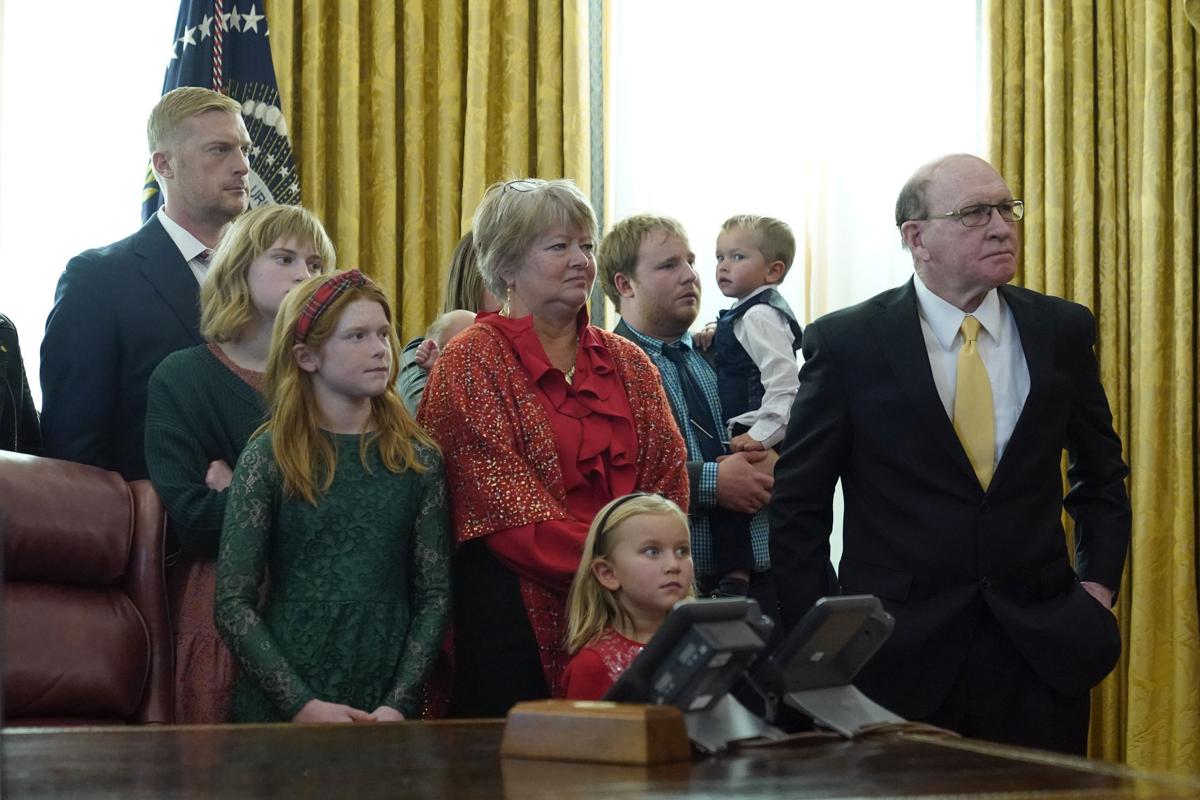 Dan Gable, right, and his family attended White House ceremony where Gable was presented with the Medal of Freedom. 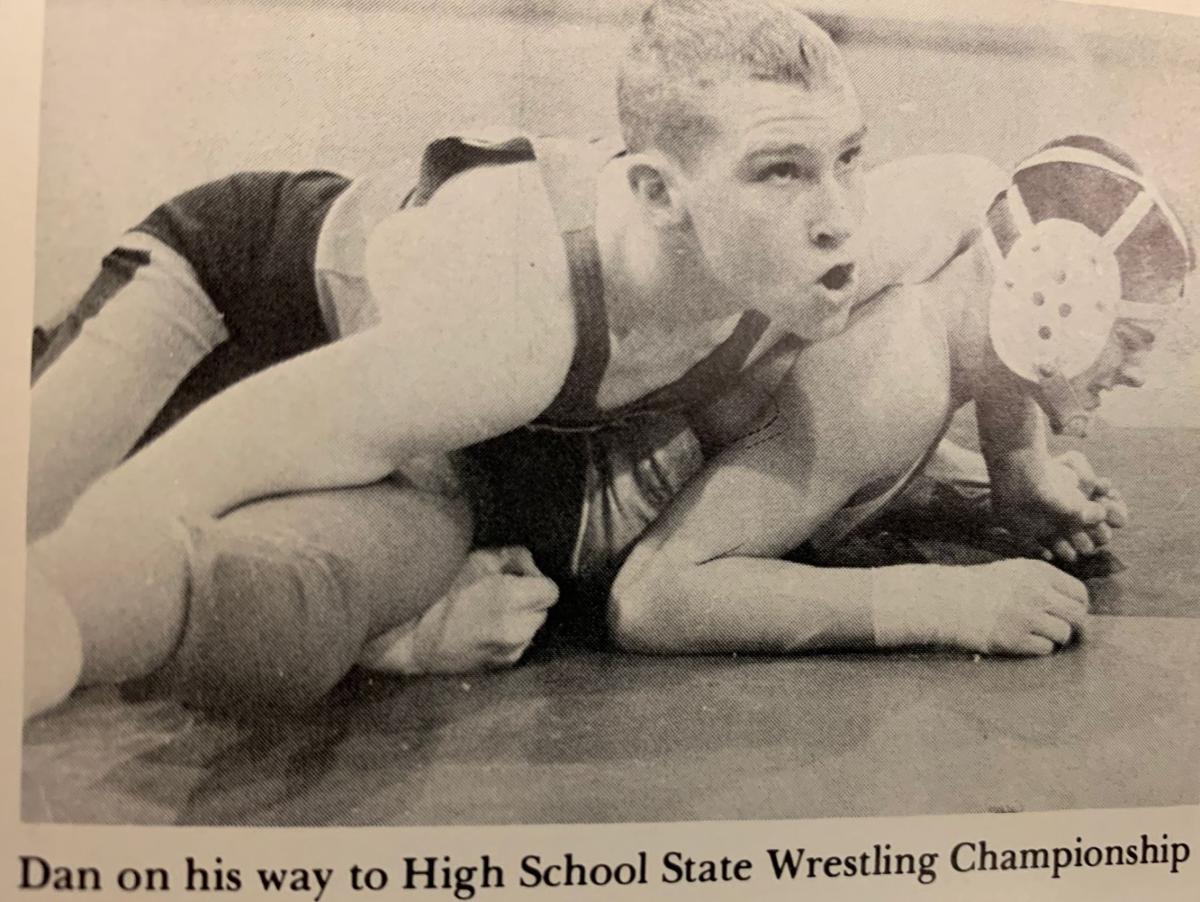 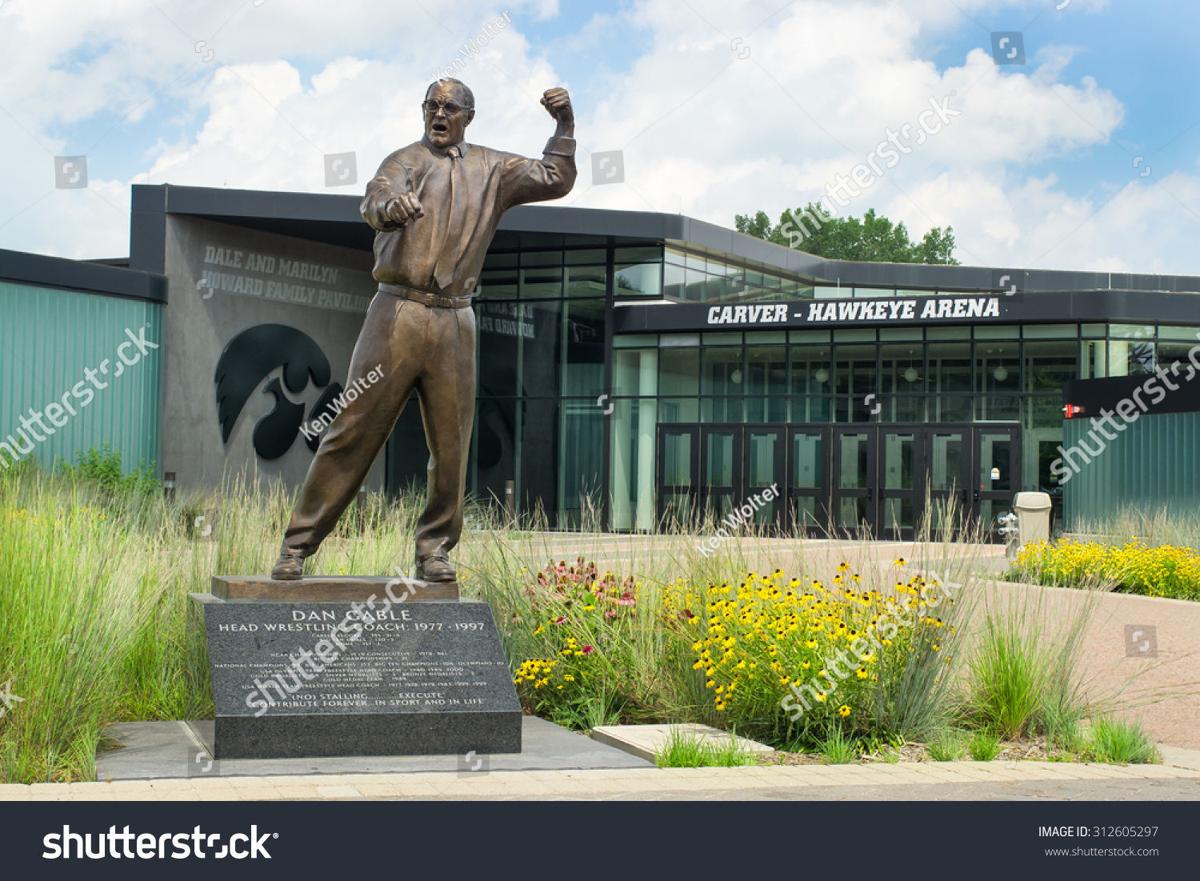 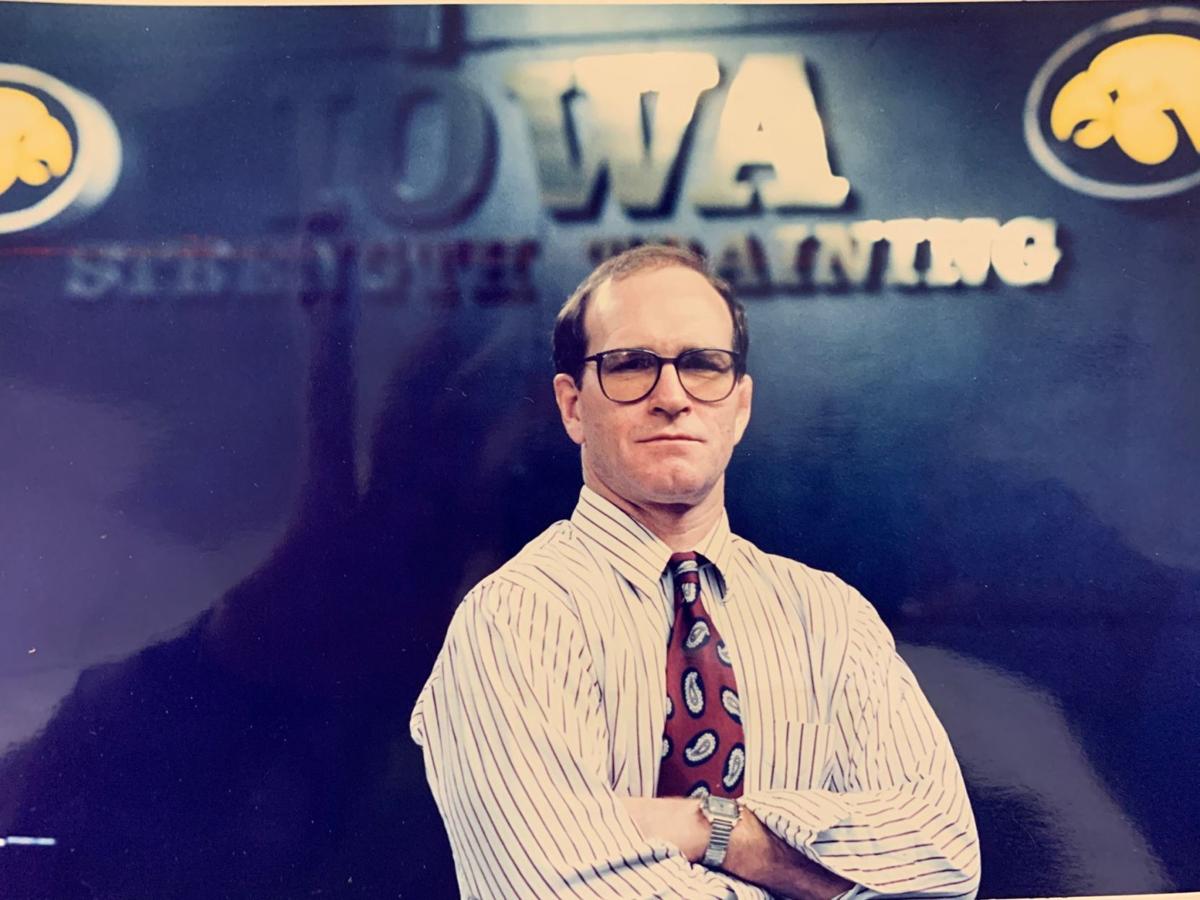 Yet one could argue Gable is more influential today in the sport of wrestling at the age of 72 than he was at the height of his competitive and coaching careers.

That claim was solidified 55 days ago when then-President Donald Trump awarded Gable the Presidential Medal of Freedom in a ceremony inside the Oval Office as Gable’s family looked on.

The medal is the nation’s highest civilian honor, awarded to those who have made exceptional contributions to the security or national interests of America, its culture or to other significant endeavors.

“Who would believe that Gable would be more newsworthy today than he was 25, 35, 40 years ago,” said Jim Miller, the executive director at the National Wrestling Hall of Fame Dan Gable Museum. “Undefeated three-time state champion, two-time NCAA champion, World champion and 1972 Olympic Gold Medalist who goes on to win 21 straight Big Ten championships and 15 national championships as a coach.

“It culminates in 1997 in his backyard in Cedar Falls where he wins his 15th championship, crowns five individual champions and his team sets the all-time scoring record.

“He has not coached in 23, 24 years and he is even more popular now. How does that happen? Because he’s never stopped campaigning for wrestling and never will,” finished Miller.

The morning Trump wrapped the Medal of Freedom around Gable’s neck resonated with many Waterloo natives.

“It was one of the neatest things I’ve ever seen,” said Dan Huff, athletic director for Waterloo Schools whose father, Don, was a long-time coach at Waterloo West. “Growing up in Waterloo so many of us idolized Dan Gable. We followed his career through high school, college, the Olympics and his time as a coach.

“He has put so much into wrestling and deserved to be recognized for his lifetime of dedication to wrestling. To see him and Waterloo, Iowa recognized … it was neat.”

Chuck Yagla, the Waterloo native and 1980 Olympian who wrestled and won two national titles when Gable was an assistant at Iowa, hopes all Waterloo stood a little taller with pride for their community.

Yagla says he owes much to Gable. He credits Gable for taking wrestling in Waterloo from popular to rock star status.

Miller said the Dec. 7 ceremony was very moving for him.

Waterloo native Dan Gable will be bestowed the nation's highest civilian honor, the Presidential Medal of Freedom, Monday at the White House. His entire family will be hand to witness his historic day.

“It was pretty surreal,” Miller said. “That was somebody you knew. Obviously he is an icon and legend in our community, but I just felt immense pride watching that and was so happy for him and his family.”

For those who knew him intimately Gable had a few vices, with Mountain Dew and chocolate chip cookies at the top of that list.

Longtime friend Mike Narey, who is godfather to Gable’s daughter, Molly, said Gable was a simple man who followed the principles of his parents, Mack and Katie, and his high school coach Bob Siddens.

“He was a hard-working, nice guy who would do anything for anyone,” said Narey who ran one of the premier wrestling mat companies, Quality Mat, in Waterloo. “He is not arrogant. He related to the kids and is a just a person to admire. He’s everything you want a great man to be. I was so proud for him in December.”

Although a native of Waterloo, Narey said he didn’t meet Gable until he was living in Ames and they became roommates at Iowa State. When Gable left to become an assistant at Iowa, Narey followed him, and once again was his roommate with two other friends.

One of Narey’s favorite stories about Gable in Iowa City shows his character and unselfishness.

“Coach Kurdelmeier (then Iowa coach) got me a job at West Branch High School as study hall supervisor or something like that,” Narey said. “In the teachers’ lounge I talked wrestling a lot and eventually the principal came up to me and said, ‘Tomorrow you are going to talk wrestling and show some moves to the students.’

“I immediately panicked, and this is the funny part of the story: I’m not a wrestler. I went home that night and one of our roommates was showing me some moves to teach and Gable walked in and asked what we were doing. We told him and he said, ‘I will go with you.’ So, he came with me the next day and I walk in and told the principal I brought some help, and you know this was just after Gable had won the gold medal in the Olympics. Needless to say, I was the hero of the school for a little bit. But that was Dan, he was always willing at a drop of a hat to help somebody.”

Since Medal of Freedom ceremony, Miller says, the traffic and interest at the museum located on 303 Jefferson St. in Waterloo has soared.

“When it was announced we were inundated with calls and congratulatory notes,” Miller said. “NBC and other big news organizations have called. There was a great deal of interest that continued to ramp up.

The museum has capitalized on the Oval Office ceremony in other ways as well.

During the medal presentation, Trump and Gable had this exchange.

“Now, I’m larger than you a little bit,” Trump said. “Do you think I could take you in wrestling now? Would I have a big advantage?”

“You would have no chance,” Gable quickly responded.

The museum has now sold more than 300 onesies and T-shirts with a picture of Gable on the front and the words, “You would have no chance.”

Timeline of the career of Waterloo legend Dan Gable

Timeline of the life and career of Waterloo legend Dan Gable

Waterloo native Dan Gable received the Presidential Medal of Freedom from President Donald Trump on Dec. 7 inside the White House.

Dan Gable, right, and his family attended White House ceremony where Gable was presented with the Medal of Freedom.