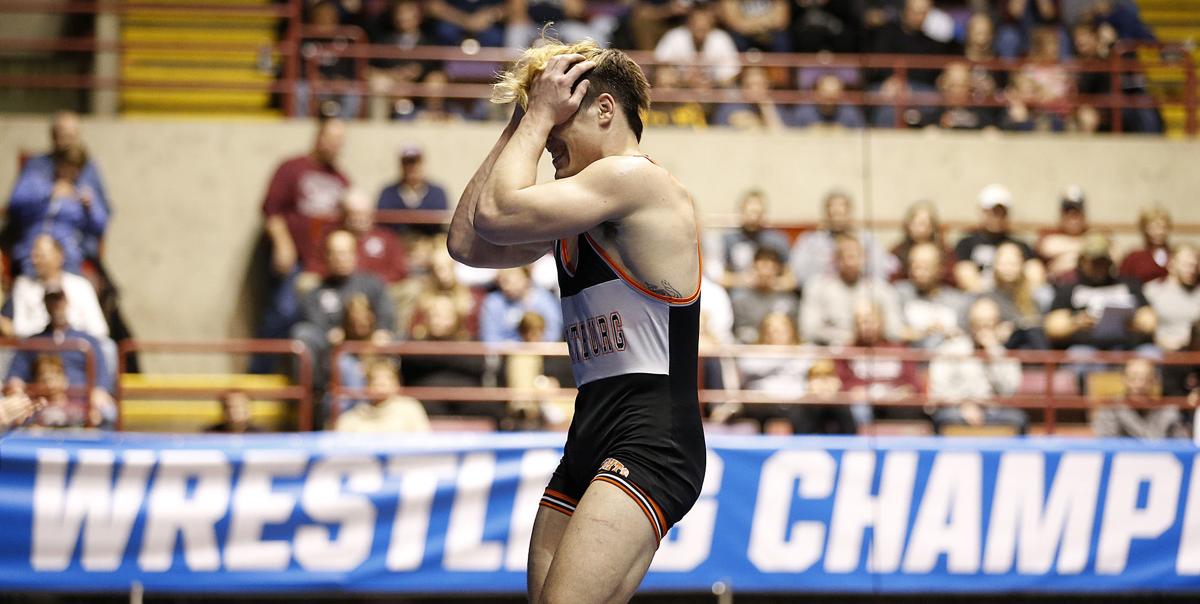 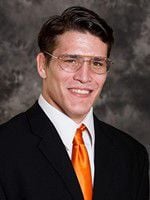 CLEVELAND, Ohio — There are layers to Eric DeVos that he probably hasn’t even discovered himself.

DeVos is the political science major who can’t wait to return to Washington, D.C., to work in politics, like he did as an intern for Sen. Chuck Grassley in 2014.

He is the guy whose hairstyle pays homage to the character “Kuch” from the wrestling movie Vision Quest and the guy who with his roommates Andrew and Bryce Steiert built an American Ninja Warrior obstacle course in the barn on the farmstead where they live.

There was a time when “champion wrestler” was the only layer that mattered to DeVos. It took nearly all of a 20-year wrestling career that started in kindergarten to learn that winning wasn’t the only thing that made him happy.

“I have been wrestling for 20 years now and for most of that time, wrestling was kind of all there was,” said DeVos, who earned the top seed at 174 pounds for this weekend’s NCAA Division III wrestling championships in Cleveland. “I put so much emphasis on this one thing that when I didn’t achieve that it was like taking the bottom card out of a house of cards and the whole deck crumbles.”

But it is a journey DeVos says has made him a better man.

After a stellar prep career that included a state championship and two runner-up finishes at Waverly-Shell Rock High, DeVos headed to Penn University.

He liked it there, but knee injuries kept him off the mat.

And as many know, his dad Jason is battling ALS and is confined to a wheelchair. A desire to be closer to Jason and his younger brother, Gavin, led DeVos transfer to Iowa in 2015. That didn’t last long, either.

“You can put any guy with a certain skill level in a number of environments and some of them are going to be good and others aren’t going to be good,” DeVos said. “It just wasn’t a good fit. I think I realized it pretty early on, but it was hard for me to step away from that situation because I’m kind of stubborn.”

DeVos fell into a funk. Those close to him noticed, including Skip and Christy Steiert, two people he considers surrogate parents.

DeVos transferred to Wartburg around Christmas time in 2015 and for that whole first semester back in Waverly he did not wrestle.

“He didn’t need that,” Keller added. “He needed to be loved again, needed to be lifted up and valued. I think he respected that we cared more about him as a person and a man and he needed time for personal growth before wrestling ever became an option.

“I think that was important to help him understand that here it isn’t just going to be about wrestling.”

DeVos agrees and says if you ask anybody who knew him before he left for Penn and after he got back, they will tell you he had changed.

Closer to family and a strong support group in and around Waverly, the old DeVos began to emerge. The outgoing, zany kid with crazy hair and American Ninja Warrior aspiring athlete was back.

During the winter of 2015-16, the champion wrestler was back, too, or at least somebody who resembled him. DeVos grew six inches from his senior season at W-SR and the one-time 133-pound Division I recruit had become a chiseled 174-pounder.

“It was a super late growth spurt,” DeVos said. “I just kept constantly getting taller and taller.”

The new height and weight did not matter as DeVos rolled into the 2016 NCAA Championships as the top seed and advanced all the way to the finals where he dropped a hard-fought, 3-1 decision to Ben Swarr of Messiah College.

That loss would’ve sent DeVos into a tailspin earlier in his career. Instead, he used it to stoke his internal fire. DeVos almost immediately dove into preparing for the 2017 championships and he capped a perfect 23-0 season last March in La Crosse, Wis., by beating Swarr, 10-1, to win at 174.

“It hurt as much as anything else, I just think I had much better perspective on things after that loss,” DeVos said. “I understood here at Wartburg I’m wrestling because I love wrestling and not because of everyone else’s expectations.”

Today, DeVos says he can put an immense amount of focus and energy into practice, but when he walks out of the wrestling room he’s a normal college student.

He enters this week’s championships riding a 37-match win streak that snakes back to the beginning of last season. DeVos is the top seed and Swarr is the No. 3 seed on the other side of the bracket whose only two losses are to Mount Union’s Jariod James, the No. 2 seed.

“It’s a little bittersweet,” DeVos said. “It would be a perfect ending to go out with another title. But this, I don’t feel is an ending. I love for this chapter to end with me going out on top. But when I look back at the last 24 years, I firmly believe everything that has happened has happened for a reason, has brought me to this point.

“I’m ready to go. Ready to write this chapter and then move onto the next chapter, which I’m just as excited for.”

CLEVELAND, Ohio — The storylines are each worthy of their own piece of property.