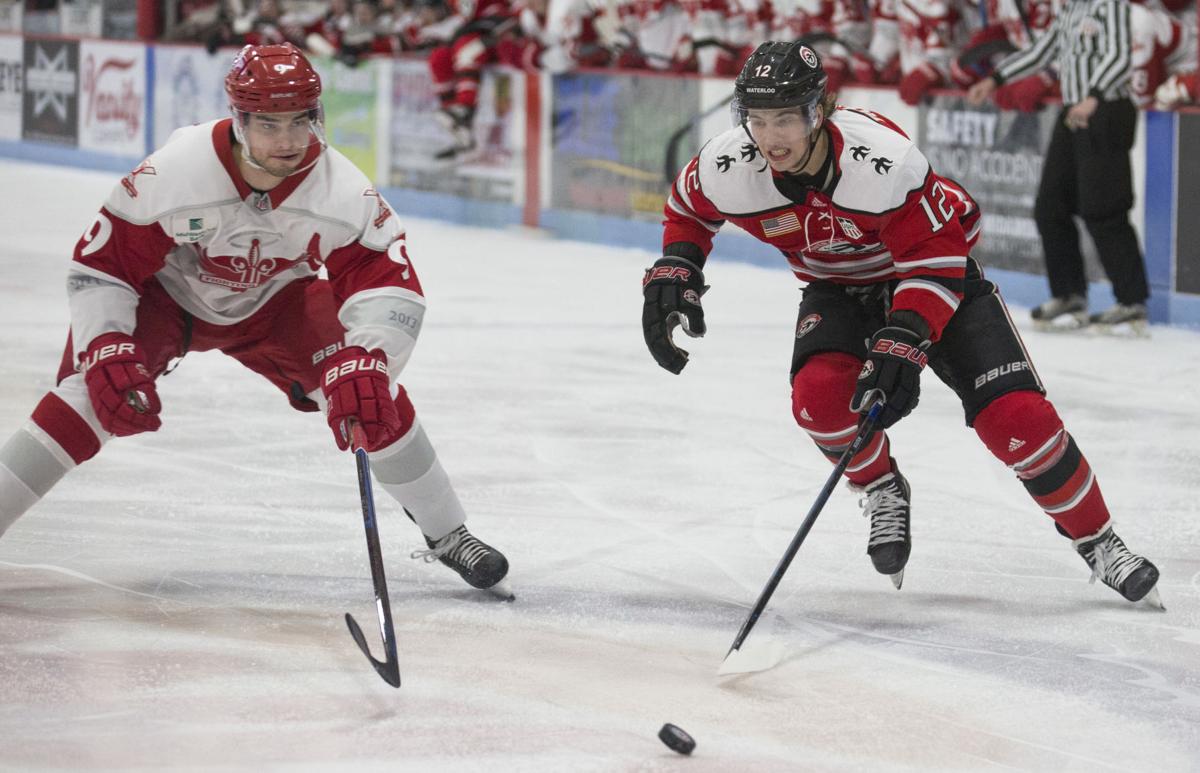 Waterloo's Ryder Rolston skates with the puck during a game in the 2020 season. 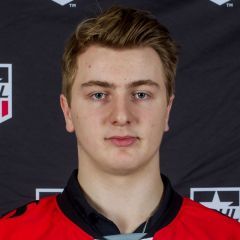 WATERLOO — Ryder Rolston became the first player with ties to the Waterloo Black Hawks selected in the 2020 NHL Draft this afternoon.

The Notre Dame forward was chosen by Colorado in the fifth round with the 139th overall pick. Rolston was a member of the Black Hawks organization last fall after spending two seasons in the United States Hockey League with USA Hockey’s national team development program.

Rolston tallied 16 goals and 17 assists in 42 games with the Black Hawks last season. He earned also earned a bronze medal as a member of the U.S. Junior Select Team during the 2019 World Junior A Challenge in Dawson Creek, British Columbia.

Wyatt Schingoethe, a third-year forward with the Waterloo Black Hawks, was taken by Toronto in the seventh round, becoming the 52nd NHL Draft pick to play in Waterloo under head coach P.K. O’Handley.

Schingoethe ranked second on the Black Hawks with 17 goals and finished the abbreviated 2019-20 season with a +17 mark in 47 games.

The Black Hawks have delayed ticket sales for those games, tickets were scheduled to go on sale Wednesday at 2 p.m., while the United States Hockey League organization reaches out for clarification on whether it can host the games.

Sixteen-year old Michael LaStarza, playing in his first USHL game, scored the game winner 7 minutes and 53 seconds into the second period to break a 1-1 tie. Jacob Jeannete scored 51 seconds later to make it 3-1.

The Black Hawks will play at Sioux City Friday and Saturday before traveling to face Tri-City in Kearney, Neb. Sunday.

WATERLOO – Wyatt Schingoethe couldn’t watch any more so he left his room to an adjacent room to be by himself.

The decision was made in conjunction with the Black Hawk County Health Department, Waterloo Leisure Services, which operates Young Arena, and Waterloo Mayor Quentin Hart.

Waterloo's Ryder Rolston skates with the puck during a game in the 2020 season. 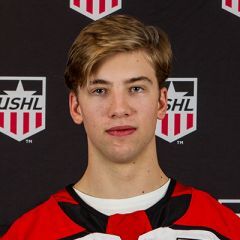