WATERLOO — Right from the start James Hong knew he wanted to be a hockey player.

“It started when I was younger,” Hong said. “We lived maybe five minutes from the rink. We knew nothing about hockey or skating. I went one day just to skate. I fell in love with that. My parents were like ‘Well, maybe, you should try hockey.’ Then, right from there, once I got the stick and the skates on, that is where I really fell in love.”

Hong, who spent the majority of his younger years in Vancouver, hit the ice for the first time in a hockey setting at age seven and was hooked.

For the next five to six years, Hong played locally in Vancouver, growing his passion and skill for the game. Then, he moved to Toronto to continue his chasing his dream of playing professional ice hockey.

After two seasons, Hong said his family made the decision to move to California where he was able to train with a few dedicated coaches. He also added the weather in southern California allowed him to practice year round.

From 2018 to 2021, Hong spent played for the Anaheim Jr. Ducks AAA organization where he totaled 259 points in 181 games split between 14U and 16U age classifications.

Hong recorded 80 points in 50 games in his age 16 season with the Jr. Ducks and caught the eye of the Waterloo Black Hawks who picked the talented forward 43rd overall in the 2020 USHL Phase I Draft.

In 2021, Hong made the move from Irvine, California to Iowa as the next step in his hockey career.

“It is way different—the environment,” Hong said. “There are rinks in every corner in the Midwest. Here there are maybe four or five rinks. Going to the Midwest, seeing the cold weather, just brings out hockey vibes.”

In his first season with the Hawks, last year, the forward produced 24 points in 61 games and helped propel Waterloo to a playoff berth as a key secondary contributor.

However, that was just the start for Hong.

Waterloo assistant coach Brett Olson said the coaching staff looked to Hong and the other second-year players to provide a foundation and model for their expectations as a staff.

Olson, who joined Waterloo this season, added, from their first conversation over the phone during the offseason, it was evident James wanted to be a key piece of a successful 2022-23 season in Waterloo.

“He wants to be a dominant factor within our lineup and in the league,” Olson said. “We knew that there were pieces within our team that could put us in a good situation to be pretty competitive throughout the year. He wanted to make sure he was leading the way.”

A self-described all-around player who can play well on both ends of the ice, Hong also drew similar praise from Olson due to his ability to control the game.

“James’s best strength is his playmaking ability and his offensive prowess,” Olson said. “He is a guy that when he handles the puck he controls the puck…From an offensive standpoint, he has the ability to be fairly dynamic throughout the game.”

Yet, early in the season, Olson said Hong, while consistent, may have placed too much pressure on himself.

“Guys in their second year are always looking to have a better year than they did the year prior,” Olson said. “Any returning veteran player has a little bit more confidence and a little more swagger coming into the season. We are starting to see that with James—especially in the last couple weeks.”

Following a seven game goal-scoring drought to open the season, Hong scored in six of seven games from Oct. 22 to Nov. 18 to jumpstart and sustain a seven-game winning streak.

Through 23 games, Hong features as Waterloo’s fourth-leading scorer with 14 points (eight goals and six assists) and, according to Olson, looks dialed in heading into the final 59 games of the season.

“A dialed in James Hong can be very dangerous,” Olson said. “He is one of those guys, that when has the puck on his stick a lot, he has the potential to be able to control a game. Understanding that from his perspective is a big deal.”

The Waterloo Black Hawks scored early on Friday, and the Lincoln Stars never caught up during a 6-3 decision at Young Arena.

WATERLOO — The Waterloo Black Hawks extended their winning streak to six games with a 5-4 overtime win over Des Moines, Saturday.

DUBUQUE — Ryan St. Louis scored with 22.7 seconds to go, breaking a tie and boosting the Dubuque Fighting Saints past the Waterloo Black Hawks 3-2.

WATERLOO — The Waterloo Black Hawks defeated the Sioux City Musketeers, 4-2, in the first meeting between the teams since the Musketeers elimi…

Waterloo scored three times in the final 1 minute and 40 seconds, two with an extra attacker, to beat the Steel 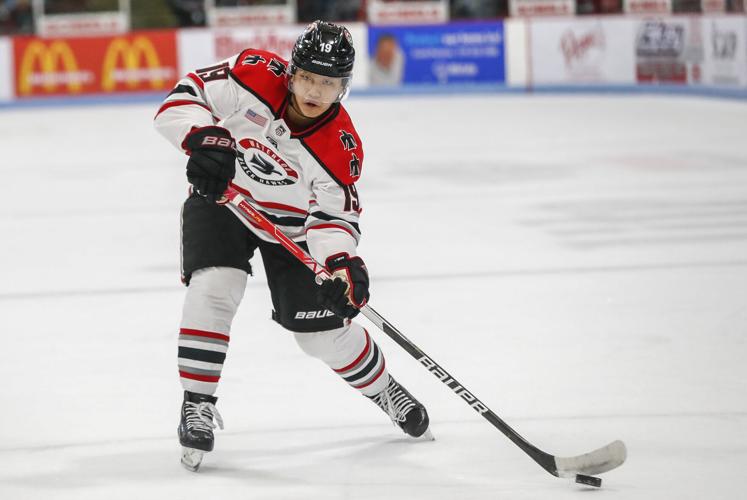 Waterloo's James Hong takes a shot on the Cedar Rapids goal on Saturday in Waterloo.

Waterloo's James Hong emerges from behind the Sioux Falls net with the puck during first-period action Saturday at Young Arena. 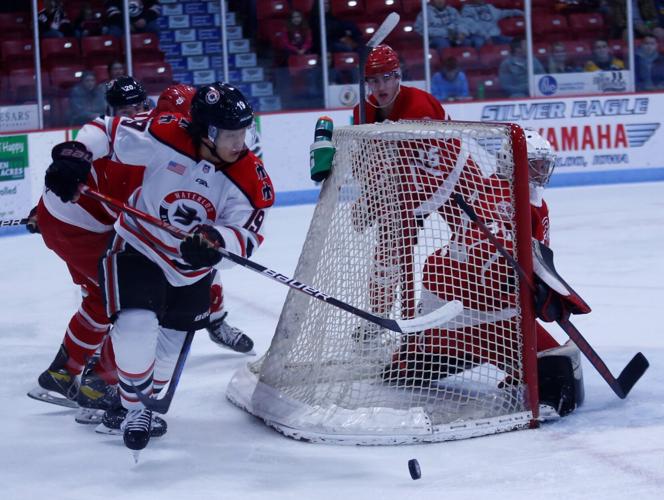 Waterloo's James Hong chases after a loose puck behind the Dubuque net Saturday during first-period action at Young Arena. 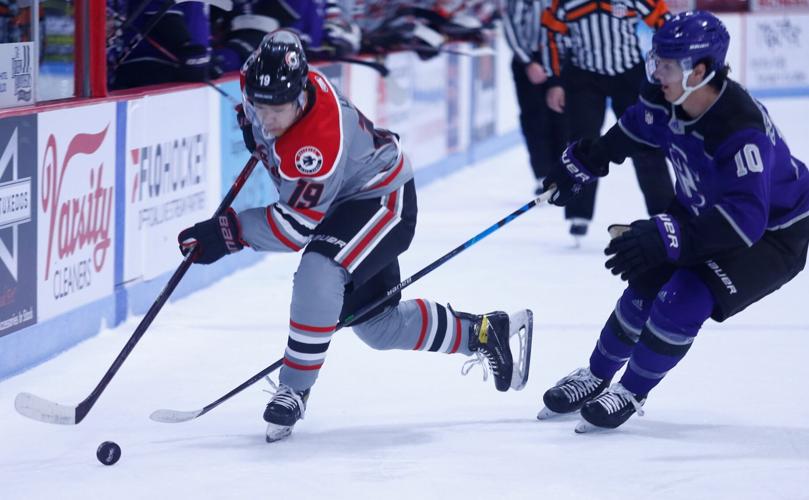 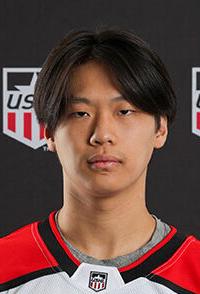