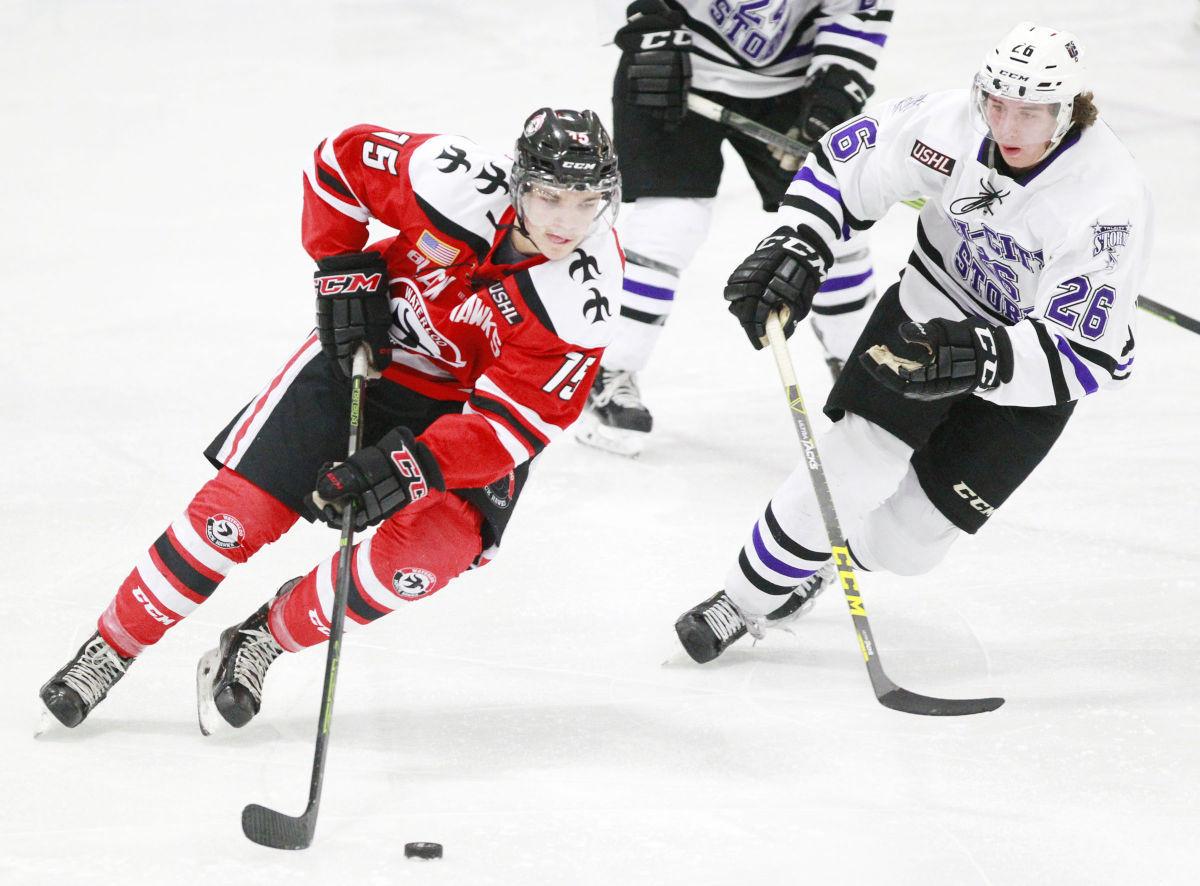 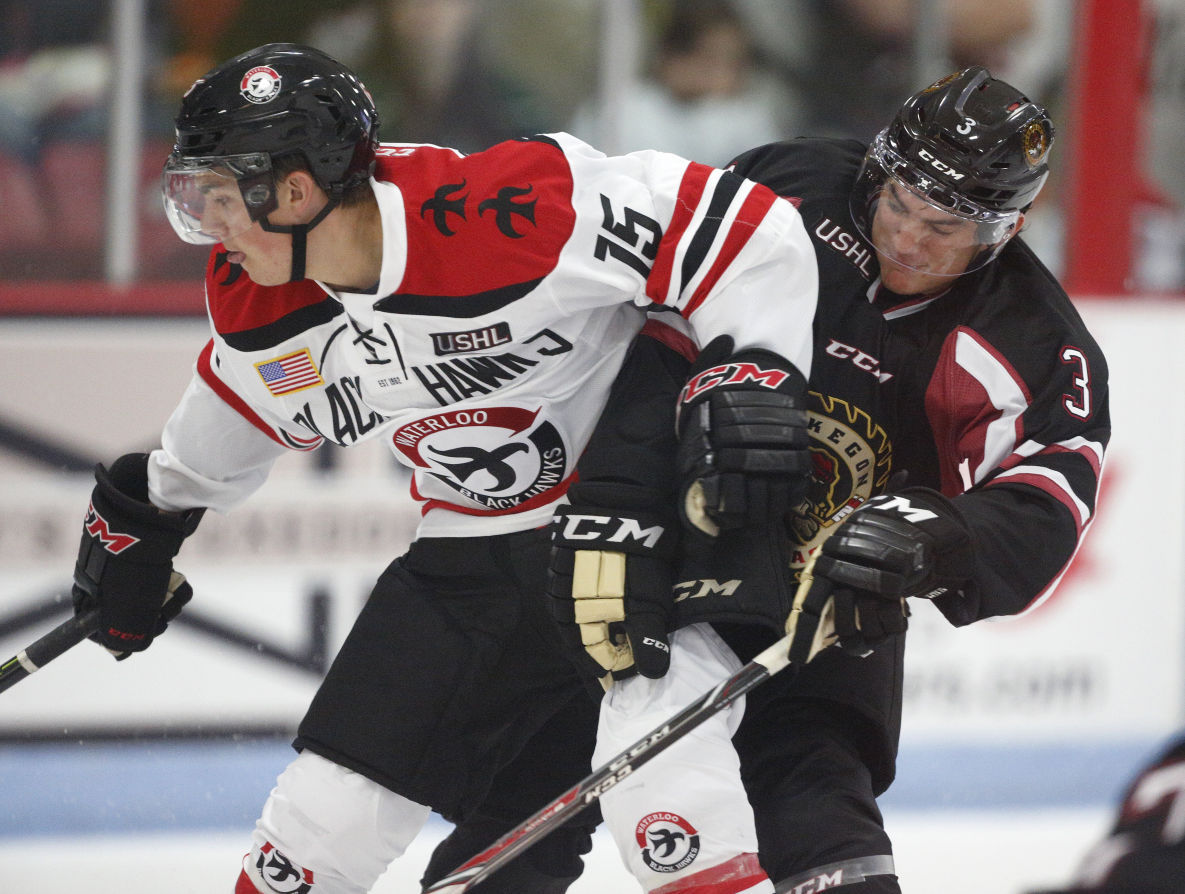 WATERLOO — Having options is what attracted Shane Bowers to playing junior hockey in the United States.

It didn’t matter to Bowers that he was one of the top 1999 birth year players in Canada. It didn’t bother him that he was bucking tradition, either.

Nearly all top young Canadian hockey players end up playing in the Quebec Major Junior Hockey League. That especially is true when you are the fourth overall pick as Bowers was in 2015 in the QMJHL draft. But Bowers wanted the option of playing college hockey and if he had signed with Cape Breton of the QMJHL in 2015 that would’ve ended any chance of playing college hockey.

“It is not the norm back home,” said Bowers, the Herring Cove, Nova Scotia native. “A lot of people would questioned it because all they know back home is Major juniors. But my family and friends, the ones there at the end of the day for me, they supported it.

“I think the biggest thing for me was keeping my options open and not closing any doors early.”

Bowers decision to come to Waterloo was met with criticism back home with it headlining several news articles and was a popular topic on several Canadian based hockey message boards. But a year after recording 18 goals and 15 assists in 56 games as a 16-year old last year in a league dominated by 17, 18, 19 and 20-year old players, Bowers said he wouldn’t change his original decision.

Heading into Waterloo’s game Thursday night in Muskegon, Bowers has nine goals and 10 assists in 26 games which ranks him among the top 20 scores in the USHL.

“It has been great,” Bowers said. “We are almost halfway through my second year and it has been awesome. Last year, I was one of the younger guys on the team, me and Mikey (Anderson) as 16 year-olds learned from the older guys and now this year I think I’ve taken on a bigger role.”

And his dream of playing college hockey will come true as he committed to Boston University in October, and 2017 looks to see even more good things coming the 6-foot-1, 175-pound center’s way. Bowers has been given an A-rating by the NHL Central Scouting service which means they think he is a potential first-round draft pick.

Some mock drafts have Bowers ranked as high as the 12th best available player which if he were taken that high in the June NHL Entry Draft, he’d become the highest pick in Waterloo history, surpassing Brock Boeser, who was taken 23rd overall by Vancouver in 2015.

“He took a major risk,” Black Hawks head coach P.K. O’Handley said. “I give him all the credit in the world. At 16, really 15 years old, he decided to go against the norm and keep his options open and he is proving the decision to be right.

“There were a lot of people from back home that said Shane should be playing Quebec Major Junior Hockey, but Shane Bowers is taking his own path and doing what is right for Shane Bowers and right now that path has him with the Waterloo Black Hawks.”

As big of a risk as some saw it in coming to the United States Hockey League, O’Handley says there is a case it wasn’t as big a risk as many believe and that has something to do with the track record of the Black Hawks.

Since 2013, Waterloo has produced seven players who have been drafted in the first three rounds of the NHL Draft. Only two North American hockey teams have produced more, the London Knights of the (OHL) with 11 and the Portland Winterhawks of the (WHL) with eight. Additionally, the Black Hawks have had sixth most draft picks selected in that same time frame by any junior team with 10.

“I think we have been fortunate enough to have developed enough guys that have reached the pinnacle or are now on the cusp of the pinnacle,” O’Handley said. “Kids world-wide know the Waterloo Black Hawks’ name and it is one that is pretty powerful in hockey circles.”

With the promotion of Brandon Montour to Anaheim earlier this week, Waterloo now has five active NHL players — Joe Pavelski (San Jose), Craig Smith (Nashville), J.T. Brown (Tampa Bay) and Vince Hinostroza (Chicago). Additionally, defenseman Ian McCoshen is playing with the Florida Panthers’ American Hockey League team in Springfield , Mass and is expected to potentially get called up during the second-half of the NHL season.

This June could be another banner year for the Black Hawks when the draft rolls around in addition to Bowers. Anderson, a defenseman, and forward Nick Swaney are both expected to be taken within the first four rounds of the draft and young defenseman Mason Palmer and Hank Sorensen have drawn the attention of scouts as well.

If all five go it could match the 2013 draft Waterloo had when the Black Hawks had five players taken in the first four rounds and six overall, including second rounders, McCoshen and Zach Sanford, who is currently with Hershey of the AHL, the Washington Capitals’ top farm club.

“The biggest thing is we’ve been able to get talent here and help them continue on their development path,” O’Handley said. “The organization is committed to putting the players first. That is something very important to us.”

Bowers, for his part, isn’t focused on when or where he will be taken in the NHL draft. It’s too far off in the horizon for him.

“I think you just need to work hard, try not to focus on it too much, focus on your team and what you can do to make them better and what you need to do make yourself better.”

Black Hawks will play Tri-City Saturday, and Fargo Sunday, in preseason games at the Tyson Events Center in Sioux City. 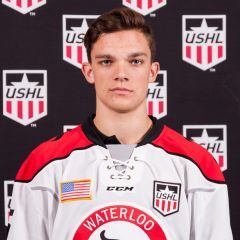