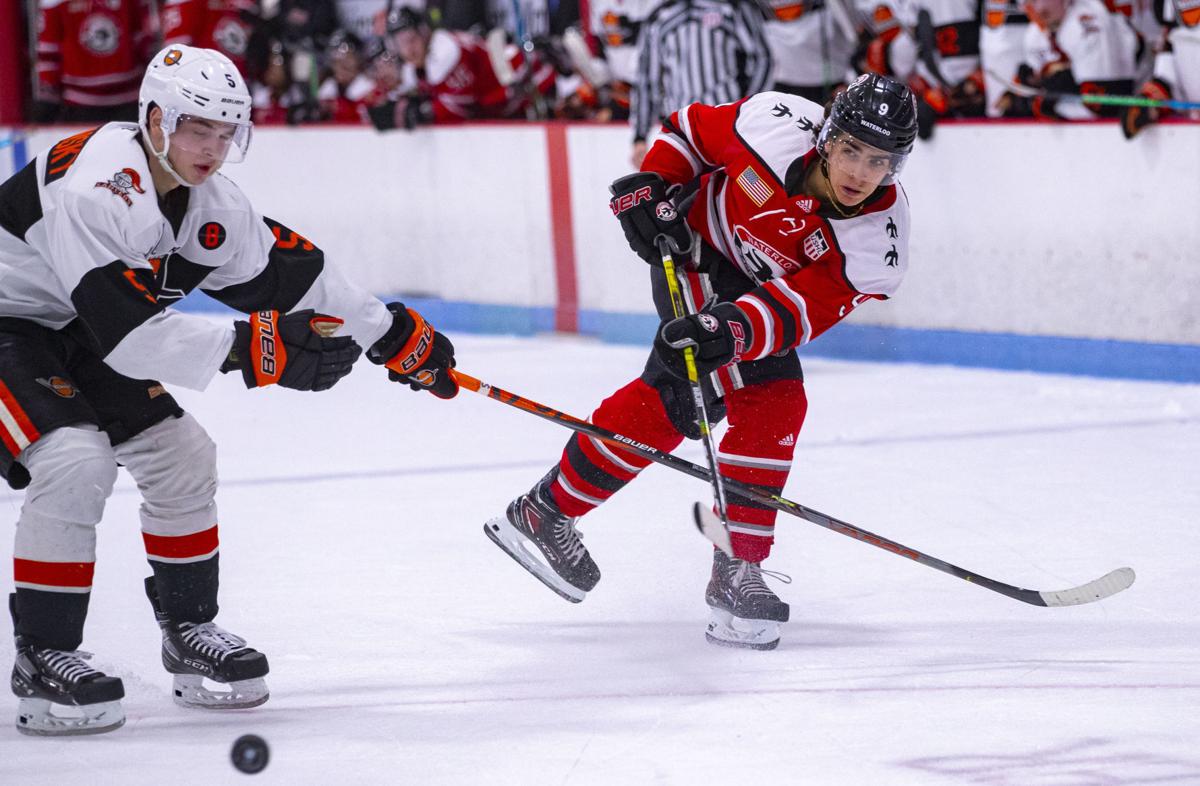 Waterloo's Michael LaStarza takes a shot on the Omaha goal on Tuesday at Young Arena. 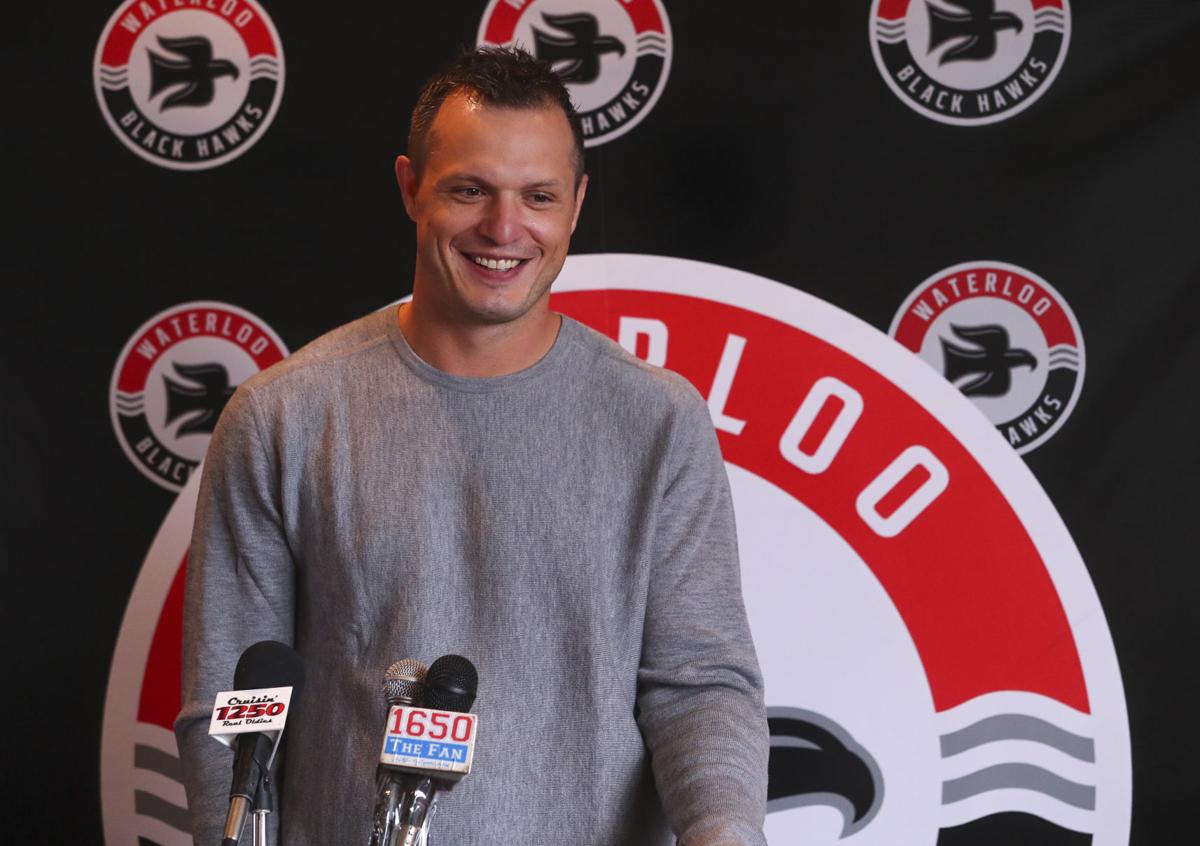 WATERLOO – It’s been a fast month and a half since Matt Smaby was hired to be the Waterloo Black Hawks new head coach.

As excited as he is, Smaby admits its hard to fathom the Black Hawks will be on the ice against an opponent Saturday

“Honestly, it has been great,” Smaby said on the eve of Waterloo’s first exhibition game in Sioux City Saturday against Tri-City at 4 p.m. at the Tyson Events Center. “There have been a lot of moving pieces while getting settled in, getting squared away.

“We have now been on the ice for three days and have made some big strides. For us as a staff it is to keep learning the players on our team. It’s been a fun process. I’m excited about our team.”

Smaby was able to get acquainted with a lot of his players at tryout camp in early August after he was hired.

The team officially opened camp Tuesday and it has been a lot of meetings and a lot of ice time, and there is still a lot more teaching for Smaby and his staff left to do before the Black Hawks open the United States Hockey League regular season on Sept. 23 against Green Bay in Pittsburgh, Pa.

With that in mind the preseason games with Tri-City and Fargo Sunday at 3 p.m., Smaby says the final score of those exhibitions will be the least most important thing.

“We understand we are not going to win a championship in the first preseason game,” Smaby said. “I expect our guys to execute the things we’ve worked on. I want us to get off on the right foot with some of our foundations, things that are going to be important. Those will be the things I’m watching.

“Beyond that I expect our guys to work hard and compete.”

Being competitive and gritty is what Smaby wants to be the trademark for his Black Hawk teams.

“The truth is compete level makes up for a lot of things at a lot of times,” Smaby said. “You don’t have to be perfect on the forecheck the first time, but if you compete hard that fills up a lot of holes. That is a great place to start.

“We want our guys to have grit. If you have that you can figure out some of the other stuff along the way.”

Most of Waterloo’s experience from the 2020-21 season returns on defense and in net.

Mason Reiners is back to anchor the blueline after having played in 105 games over the past three seasons. Tucker Ness, Jonah Copre and Cooper Wylie had strong rookie seasons.

At forward, Michael LaStarza us the top-returning point scorer after recording 11 goals and 13 assists in 50 games as a 16-year old rookie.

"It's a fun group. They are hungry to learn," Smaby said. "We have thrown a lot of information at these guys the last three days. I don't expect it all to stick, but some of details that will be important for us have stuck and that is a good place to start from."

Waterloo will host Cedar Rapids Wednesday at 6 p.m. in a preseason game at Young Arena.

Waterloo went just 1-for-9 on the power play while giving up three power play goals Friday.

Waterloo's Michael LaStarza takes a shot on the Omaha goal on Tuesday at Young Arena.