WATERLOO – There were more than a few lessons learned last week in Pittsburgh by the Waterloo Black Hawks in their opening two games of the United States Hockey League season.

Waterloo’s young squad was on the short-end of a 5-2 game against Green Bay, but a day later a more focused squad with new knowledge registered a 2-0 shutout win over Youngstown.

The Black Hawks hope to use everything they learned last week again Friday night at Young Arena when Waterloo opens its home schedule against a familiar opponent – the Cedar Rapids RoughRiders.

After going 3-1 in the preseason, the game against Green Bay was an eye opener.

“There was definitely a huge improvement from game one to game two,” veteran defenseman Mason Reiners said. “In game one we kind of learned what it was like to play a regular-season game.

“We had a lot of young guys who don’t have much action in the league so they got a taste for it. Then in game two guys were figuring out how things worked and what they needed to do to be successful.”

In particular, Waterloo was much better in front of their goalie. Jack Williams posted his first career USHL shutout and the Black Hawks offense was relentless out-shooting Youngstown, 42-15.

That was not the case in game one where Waterloo was out-shot in every period by Green Bay.

“We kept it simple and they couldn’t breathe,” veteran forward Jacob Jeannette said. “We had upward of 40 shots and it was a testament of how we were playing, of how we were back to our roots.”

It’s been a long time since Waterloo and Cedar Rapids have faced each other on the ice.

Damage to the Cedar Rapids Ice Arena from the August 10 derecho that devastated the city of Cedar Rapids last year forced the RoughRiders to cancel their 2020-21 season.

The Black Hawks and RoughRiders have not faced since Feb. 15, 2020.

“It is definitely exciting to get back home and playing Cedar Rapids. There is nothing like a packed rink with them in town,” Reiners said.

Jeannette and Reiners hope Waterloo can continue to build on its opening road games.

“I think we have a really young, skilled team,” Jeannate said. “When we play fast, play to our identity which is hard and getting pucks in and out, our skill goes a long way.” 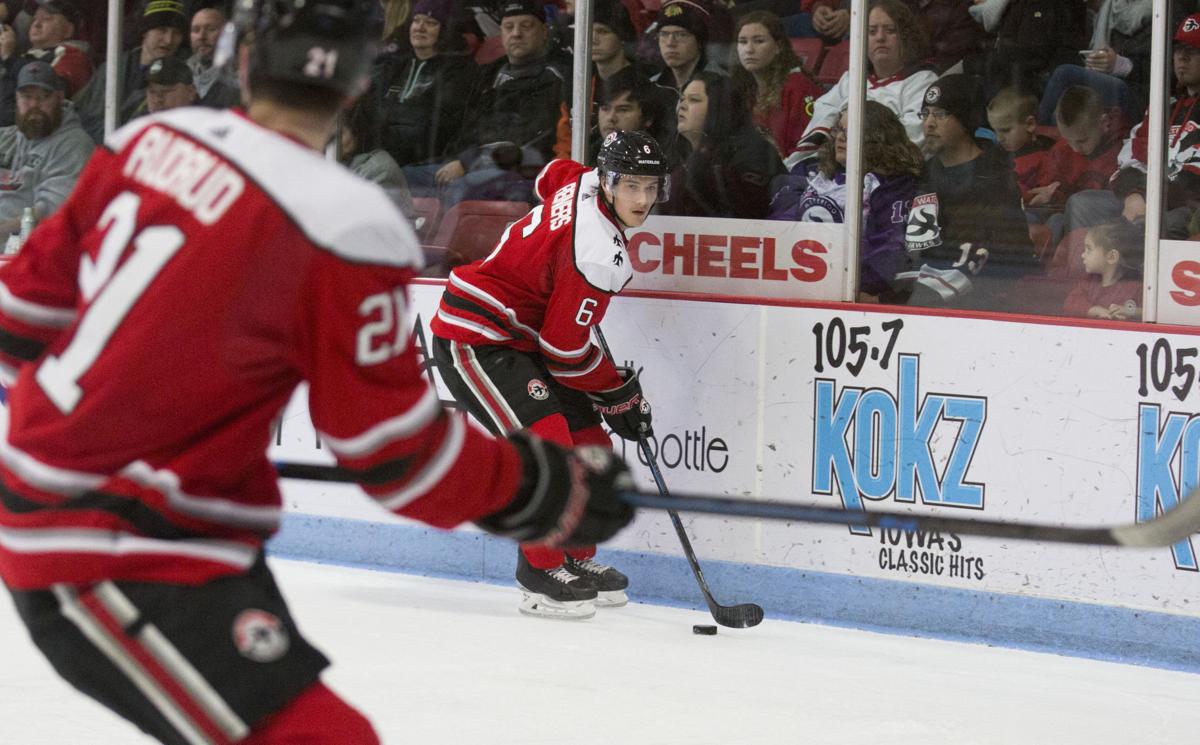 Waterloo's Mason Reiners looks to pass to teammate Quinn Rudrud during a game against Cedar Rapids in November of 2019. 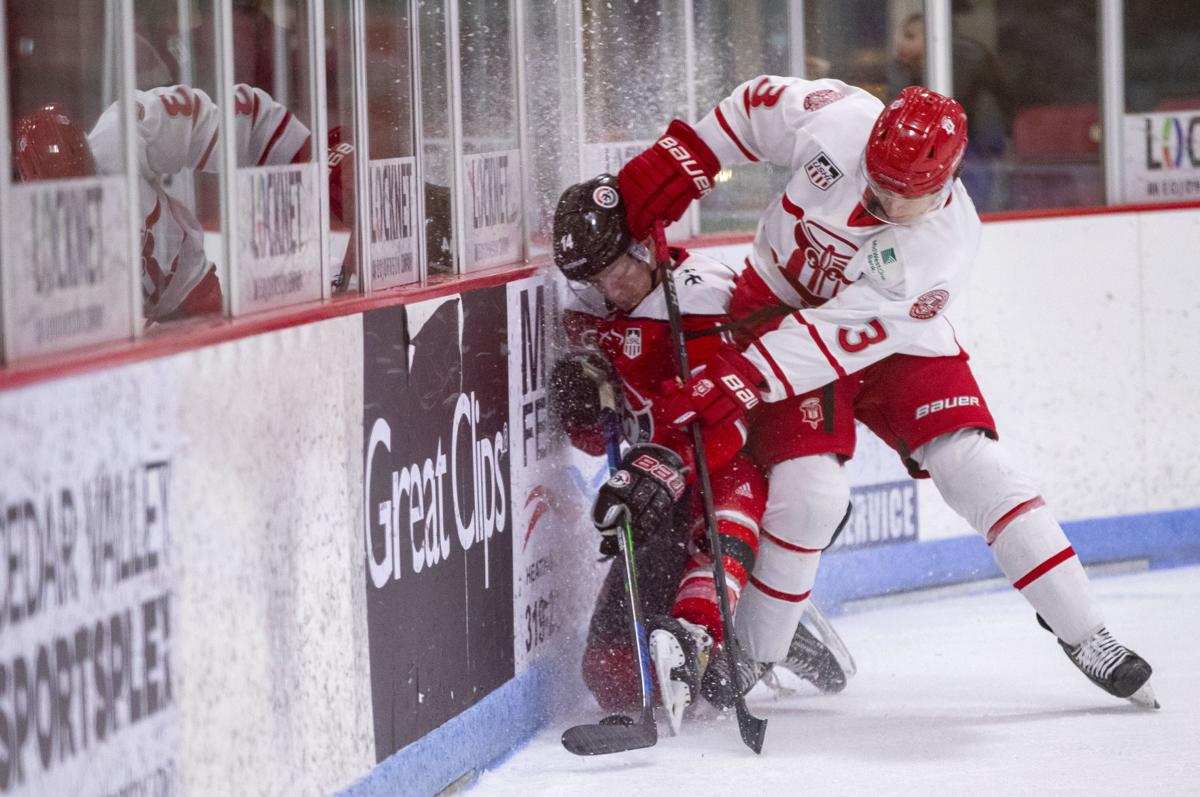 Waterloo's Jacob Jeannette is pinned to the wall by Dubuque's Henry Thrun last March at Young Arena in Waterloo. 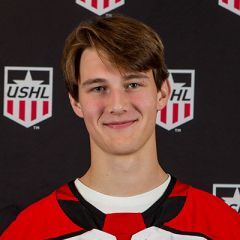 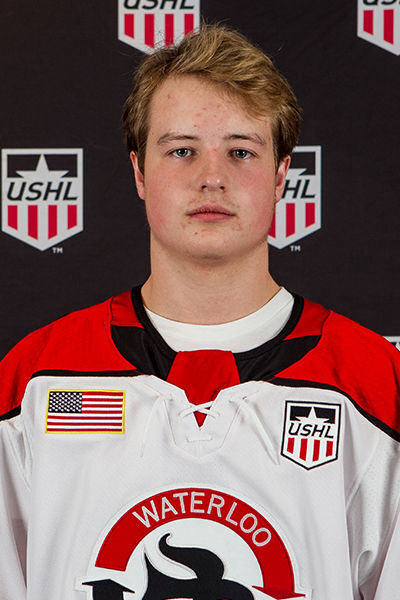