The Montreal native is a high-scoring forward who has spent the past two seasons at Shattuck-St. Mary’s in Faribault, Minn.

“Michael is a highly-gifted offensive forward,” Black Hawks general manager and associate head coach Shane Fukushima said. “His offensive intelligence and instincts have allowed him to produce points at every level.”

“They are a great organization with amazing coaches,” LaStarza said of the Black Hawks, from his home in Montreal. “I just heard so many great things about them and the way they talk about their program and how it is run, it’s a very tight boat. Everything sounds amazing.

“It’s a great family and everybody works together. It was a family I wanted to be a part of and it was a clear choice at the end of the day for me.”

In exchange for tendering LaStarza, the Black Hawks will forgo their first round pick in the USHL’s Phase I draft which is set to take place May 4. By agreeing to the tender, LaStarza is guaranteed to play in a minimum number of games during the 2020-21 season.

His recruitment to Waterloo was fast, furious and unusual because of coronavirus travel restrictions and contact mandates.

Typically, Waterloo would have flown LaStarza and his parents in for a visit to see facilities, take in a game, meet coaches and housing parents and skate with the team.

“It was more of a virtual recruitment,” Fukushima said. “Everybody in the league is in the same boat. It is quite a unique year in the league to tender someone.”

Waterloo has had great success with Canadian born players. The likes of Mark Friedman, Brandon Montour and Shane Bowers thrived in the organization, but Fukushima adds there is an added degree of difficulty when either drafting or tendering Canadian prospects — particularly when it comes to the QMJHL option.

“What direction is he going to go,” Fukushima said of those prospects. “With Michael it was fast. I had some contacts with people who knew him and it was the last week, week and a half, things really started to pick up.”

For LaStarza’s part, there was no hesitation which route he was headed.

“My family and I we really value education and the USHL was the best route for me to get to college hockey, and we think also to proceed to go further in my career into the NHL,” LaStarza said. “I’m from Canada and a lot of people thought I would go major juniors, but it was a clear choice at the end of the day for me and my family to go to the USHL.”

LaStarza, who was one of four 15-year old players to play on Shattuck’s U16 team this winter, added that Waterloo had a leg up because of one of his Sabre linemates, Conner Schneider, a Madison, Wis., native who was taken by the Black Hawks in Phase II of the 2019 USHL draft.

In describing his play on the ice, LaStarza admits it is offensive, but his opinion won’t matter in 2020-21.

University of Iowa junior center Luka Garza was named the recipient of the Pete Newell Big Man of the Year Award. 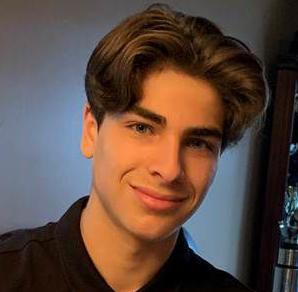