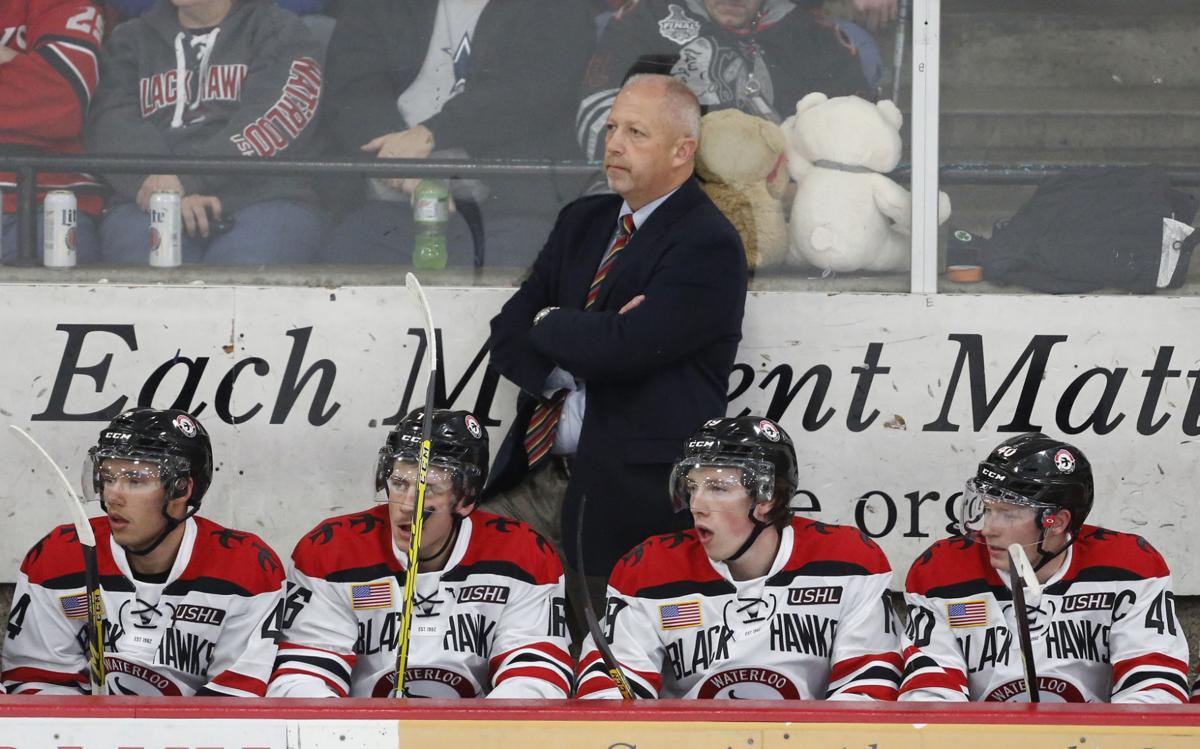 Waterloo head coach P.K. O'Handley watches the game from the bench on Nov. 26, 2015 at Young Arena. After 19 seasons as head coach, O'Handley is moving into a new position with the team as President of Hockey Operations. 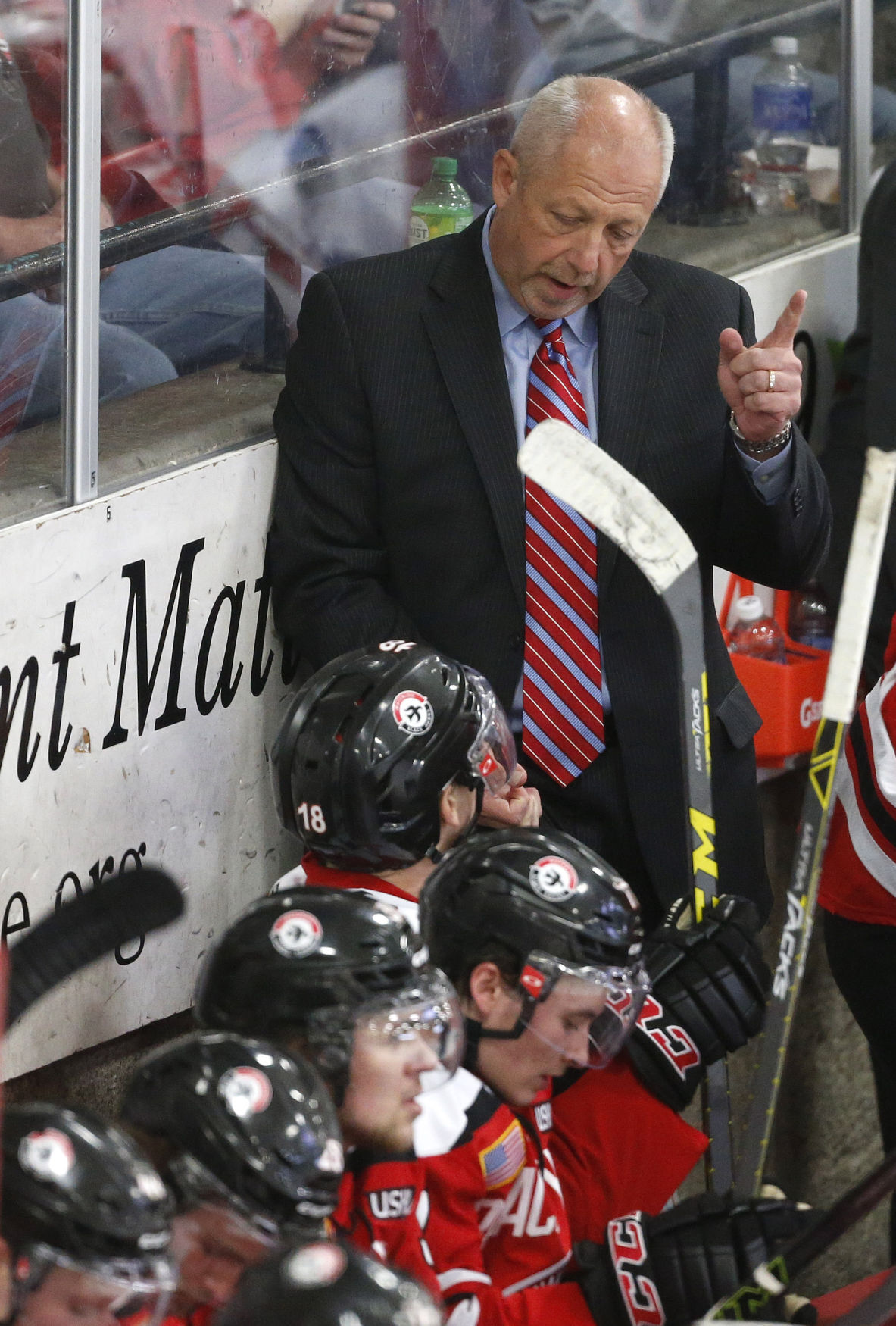 Waterloo head coach P.K. O’Handley talks with Ryan Lohin (18) on the bench during a game in 2016 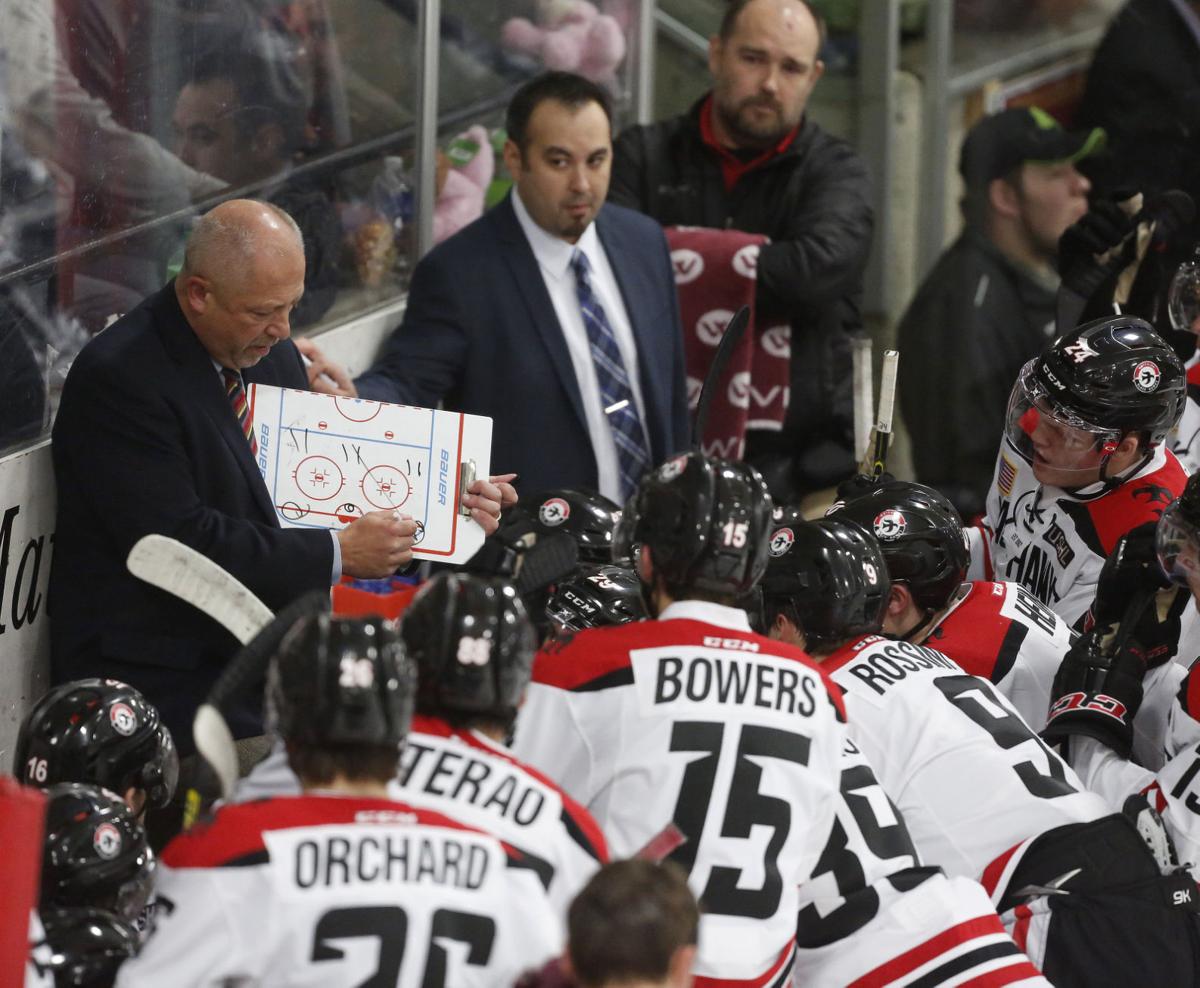 Waterloo Black Hawks head coach P.K. O’Handley goes over a play with his team during the 2015 season.

WATERLOO – It is a not a retirement.

P.K. O’Handley wants that message to be clear to Waterloo Black Hawks’ fans.

Tuesday, O’Handley announced he is stepping away from his duties as head coach of the Black Hawks and transitioning into the position of president of hockey operations for the organization.

The move comes 19 years after O’Handley was hired to take over a floundering franchise and raised it to unprecedented heights in the junior hockey world.

But after 30 seasons behind the bench, 26 of them in the USHL, O’Handley says it is time for a break.

“I’m not retiring. I’m taking a step back to take a step forward.”

O’Handley’s new position will have him overseeing the entire hockey department for the Black Hawks, and he will continue to assist the business department as needed.

O’Handley helped oversee the team’s draft last month as well as its initial tryout camp this month. He has already begun the process to find his replacement.

“The timing is right and now we have a little bit of window before our next camp, and I think the timing is perfect to interview some candidates, learn some things and find the right person to carry on," O'Handley said. “Ideally, we are not going to rush it but do it expeditiously to have a new guy here by the first of August if not sooner.”

The Black Hawks report for orientation camp on Aug. 2.

“I don’t like talking about myself, but we have created something that is pretty special here in Waterloo and I’m going to guess we are going to get a lot of special candidates,” O’Handley added.

A Superior, Wisconsin, native, O’Handley began his coaching career at Wisconsin-Eau Claire after his collegiate career was cut short by concussions. He spent six seasons as a BlueGold assistant coach.

In 1990, O’Handley actually interviewed to be the Black Hawks’ head coach, a position that eventually went to Rob Grillo. A year later, he landed the head job at Mason City for the USHL’s North Iowa Huskies.

O’Handley was hired May 22, 2002, one day after Johnson fired Scott Koberinski.

O’Handley’s first season as head coach saw the Black Hawks win 38 games and finish two points out of the Anderson Cup race. A year later, led by future NHL all-star Joe Pavelski, Waterloo won the Clark Cup, the first USHL title of any kind in 25 years for the franchise.

“No,” O’Handley said. “It was going to be one, two, maybe three years and move on. But this became home. We, my wife Maria and I, immersed ourselves in the Cedar Valley, and the Cedar Valley accepted us and it has been a terrific marriage. We could not be more thrilled to be part of it.”

O’Handley and Waterloo-Cedar Falls fit so well together that the coach turned down multiple opportunities over the past two decades to join the coaching staffs of either an American Hockey League organization or National Hockey League franchise.

“I have turned down opportunities but have no regrets about doing so,” O’Handley said. “Nineteen years in one spot … that is unheard of in sports. I will leave it up to other people to decide whether my impact has been good or not. It is just time to do something else.”

In his tenure with Waterloo, O’Handley has seen 21 former players reach the NHL, including 13 who played this season. He has had seven players picked in either the first or second round since 2013 including first-round selections Brock Boeser (Vancouver, 2014) and Shane Bowers (Ottawa, 2017).

In his 19 seasons with Waterloo O’Handley has won 638 games, with 778 wins in his USHL career.

O'Handley has also helped shape the USHL. He has served in a formal role on multiple occasions in charting the league's competitive direction. O'Handley was a founding member of the USHL's Competition Committee and previously served as the chair of the league's General Manager committee.

“Twenty-six years in the league, I guess I would consider myself a builder of what it is today and will continue to be such,” O’Handley said. “The highlight for me has always been about the players and the relationships I’ve had with the players both who have gone to play at the highest level and those who have gone on to be doctors, businessmen and so forth. That is the best part for me and always has been.

“So many great things have happened here as this process has gone along and you look back at bits and pieces and I’m not sure I have been able to box them all up. It has all been great.”

The decision to move into the new position did not come easily and was something O’Handley thought about for several seasons.

“Every year you do inventory, right,” O’Handley said. “Thirty years straight and I’ve never gotten fired.  …  I’ve gotten fired a lot of times, but nobody has ever gone through with it. That is funny, and it is true.

“But I’ve also never had a break. The last … this is not pandemic related … but we went from the end of a first-place team to a tough year with injuries and everything else to where my evaluation was I needed a break. I needed to do something different for a while, and what a great way to do something different and stay involved with an organization I feel I laid a part of the foundation to rebuild.”

O’Handley won’t be behind the Black Hawks bench when Waterloo opens the 2021-22 season, but he will be somewhere inside the building.

And he won’t rule out returning to coaching.

“You never say never,” O’Handley said. “I’m not going to miss getting off the bus at five in the morning for a while, yet I’m going to miss that.

“The opportunity to continue that and make sure it is staying on the trajectory and vision I had 19 years ago is important to me.”

In 19 seasons with the Waterloo Black Hawks, P.K. O’Handley has seen 21 of his former players reach the NHL.

Player and team he debuted with. (Those in bold are still active)

Smaby replaces long-time Black Hawks skipper P.K. O’Handley who has transitioned into President of Operations for the franchise after 19 years on the bench.

Waterloo head coach P.K. O'Handley watches the game from the bench on Nov. 26, 2015 at Young Arena. After 19 seasons as head coach, O'Handley is moving into a new position with the team as President of Hockey Operations.

Waterloo head coach P.K. O’Handley talks with Ryan Lohin (18) on the bench during a game in 2016

Waterloo Black Hawks head coach P.K. O’Handley goes over a play with his team during the 2015 season. 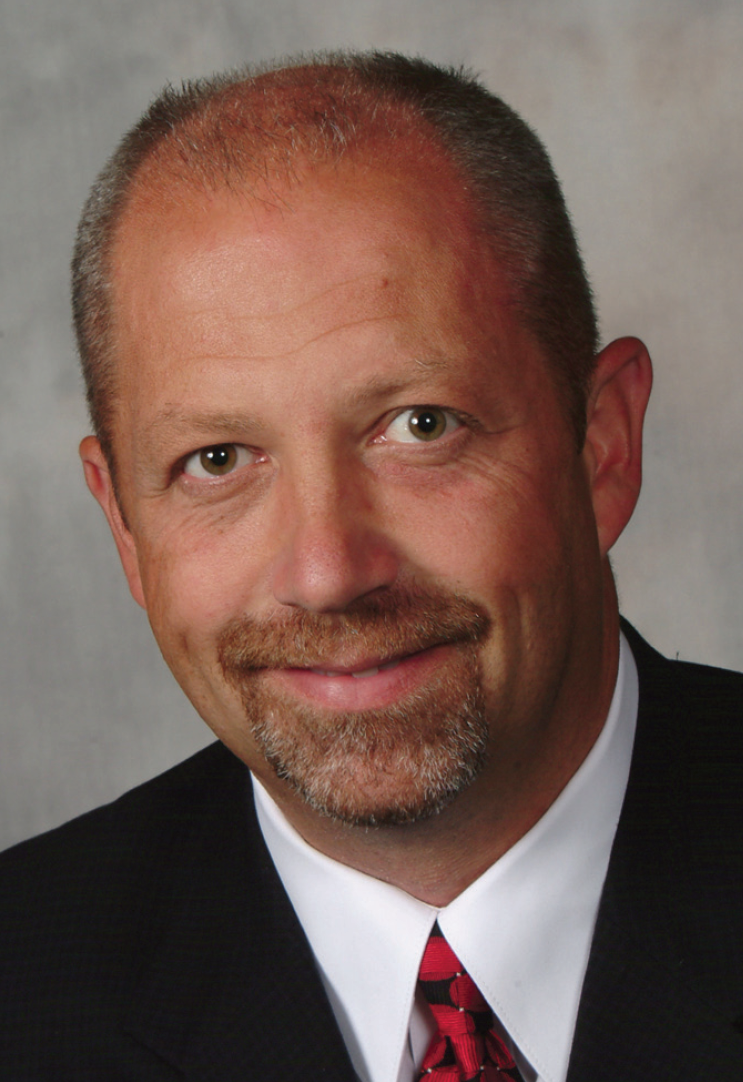