WAVERLY — The Waverly-Shell Rock Board of Education has voted to apply for membership in the Mississippi Valley Conference.

The board’s 4-1 decision Monday would put the high school in the conference that includes Cedar Falls, Waterloo East and Waterloo West.

Despite the vote, Superintendent Ed Klamfoth said in an email response to questions that the Go-Hawks future remains uncertain as of Friday.

“The board voted to do so last Monday night,” Klamfoth said. “However, no application has been submitted. I believe that there are some other developments that could change things slightly early next week.”

According to the meeting minutes, Waverly-Shell Rock activities director Greg Bodensteiner presented information on potentially joining the WaMaC, MVC and Iowa Alliance. The minutes also noted the WaMaC and the MVC were the most heavily considered conferences by board members.

After reviewing surveys of staff and students, board member Aaron Booth made the motion to apply to the MVC and Jes Kettleson seconded.

According to a report from the Waverly Democrat, coaches at the school prefer requesting acceptance into the WaMaC because of lowered travel times and a closer similarity in student populations.

Numbers from the Basic Education Data Survey, which includes enrollment for grades nine through 11, shows how Waverly-Shell Rock stacks up with members of the MVC and WaMaC.

Linn-Mar holds the highest BEDS number in the MVC at 1,733 while Clear Creek-Amana holds the largest in the WaMaC at 544.

A founding member of the Northeast Iowa Conference, the NEIC voted to remove the Go-Hawks by a 5-1 vote on April 22. The Go-Hawks have resided in the league for more than 100 years. The conference was formed in 1920.

Waverly-Shell Rock’s apparent advantage in student population played a major role in the NEIC’s decision. The Go-Hawks’ BEDS number sat over 100 higher than the next closest conference member Decorah.

Mayor Adam Hoffman cut the ceremonial ribbon that morning for the permanent monuments memorializing the illustrious structure that was removed at the end of last year.

The game went into overtime with Center Point-Urbana winning.

Waverly-Shell Rock removed from NEIC by 5-1 vote. The resolution will take effect on June 30, 2023.

The school board Monday approved change orders reducing contractor costs to $38.43 million, with seven of the 19 finding savings. 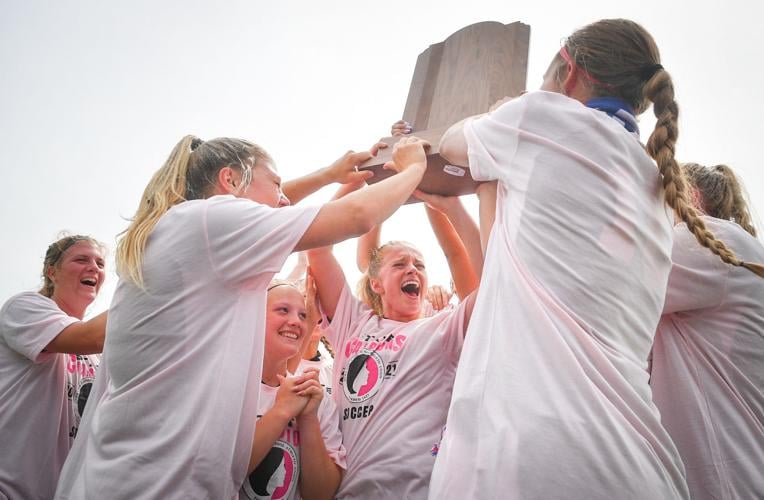 Waverly-Shell Rock's Morgan Aikey (2), center, and teammates celebrate with the trophy after the Go-Hawks beat Dallas Center-Grimes during the Class 2A State championship game at Cownie Soccer Complex Friday, June 11, 2021, in Des Moines. 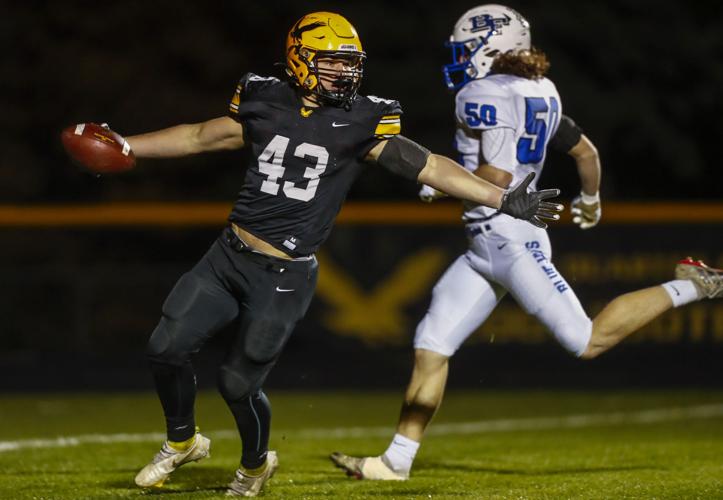 Waverly-Shell Rock junior McCrae Hagarty celebrates in the end zone after running for a touchdown on the Go-Hawks first drive of the game against Bondurant-Farrar Friday in the Class 4A quarterfinal at Waverly.