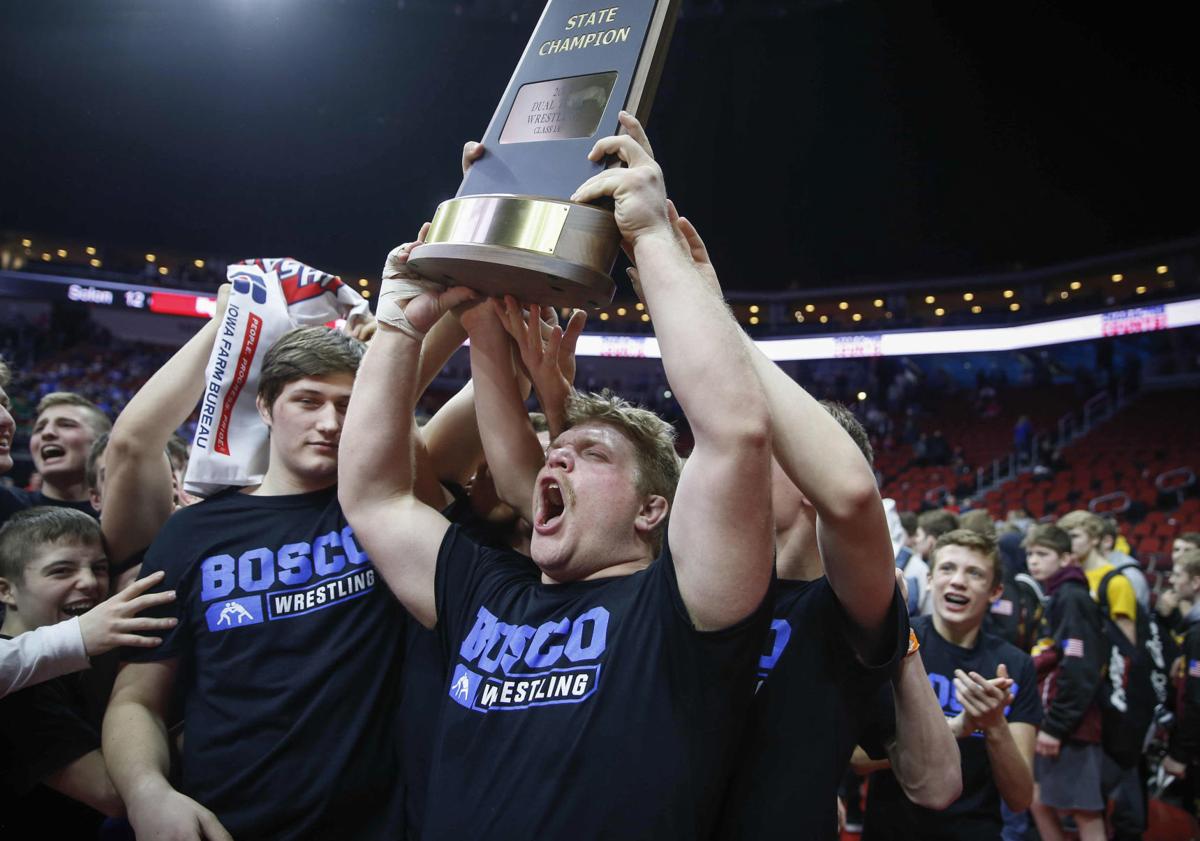 The biggest change has to do with the regional dual competition.

Beginning with the 2020-21 season, programs can opt out of the dual team postseason events as long as they do it prior to the first competition date.

“I don’t like the opt out,” Waverly-Shell Rock head coach Eric Whitcome said. “A lot of people will say I can say that because we are pretty good right now. But it wasn’t that long ago we had to drive down to No. 1 Southeast Polk and we got our butts handed to us. I think there is value in that. To be honest, we took down last year’s seniors on that trip and it was the impetus, drive to get back on top.”

Whitcome’s Go-Hawks, who have won the last two traditional Class 3A state titles, said it was important for his kids to be in that type of environment. He said if you are trying to grow a program you want to give as many kids a chance to wrestle in the postseason and want them to feel that experience and be hungry for more.

“The opt out deal to me … I’ve never seen a team opt out to playing a state football playoff game,” Whitcome said. “To me, I don’t get it. To do it in November, I’d have a hard time at the beginning of the season to say we are pulling out team out. Could you imagine a football team saying that in August?”

Additionally, teams who opt out would automatically be pulled out of the IWCOA rankings.

Part of the reason for the change is try to avoid programs not sending a junior varsity lineup to the regional dual. Last season, in all three classes, the average margin of defeat in the regional semifinals exceeded 35 points and there were several shutouts and one forfeit.

Tom Hogan, whose Don Bosco of Gilbertville program has won 10 state dual title and were state runner-ups in 1A in February, says he understands the decision making, but hopes it is a start to more improvements to the process.

“My initial thoughts are I get it, I get where they are going with it,” Hogan said. “So in that thought, I don’t mind it. I didn’t like the fact that teams were tanking at times when they could throw a team out there and put out a junior varsity team … that was the frustrating part.

“At the same time, it gives somebody like Underwood, who two years in a row have said they don’t want to go … it gives them a pass and they don’t have to work hard to lose a meet.”

Like Whitcome, Hogan sees participating in the postseason as an important part of building a program.

“There are a lot of coaches that look at it as wanting to help their program,” Hogan said. “It is like hey guys we made the regional, state duals. It is a chance to go wrestle in a big time environment.

“I think it proves something to kids. This is what it is like to wrestle in this thing and what it takes to win even if you don’t win, you have wrestled the best.”

Among the other changes were reducing the state traditional tournament seeding criteria regarding common opponents from two points back to one. For the first time at the 2021 traditional state tournament all 16 wrestlers in each bracket will be seeded.

“I love it,” Whitcome said. “I asked Lewie (Lewis Curtis, the IHSAA Wrestling Administrator and Director of Officials) about it last year at the state tournament. We were already seeding out to eight and you already had all the seeding information so why not seed it all the way out.

“That was something they were talking about at the time, but they had some concerns such as a first-round state match-up between district opponents. That stuff happens all the time in the NCAAs .. To me it is just where you fall, where you lay.”

Longtime instructor felt it was time to give someone else a chance.

Landon Williams, a two-time national champion for Wartburg, has been promoted to the program's top assistant wrestling coach.

How many  fans can say they sat down and had a beer with Gable? SingleSpeed Brewery in Waterloo is making that happen.

Union's Rosauer remains optimistic after a pair of setbacks

Union of La Porte City's Riley Rosauer led the state with 23 assists last spring. Her senior season as a Knight was taken away twice from her.