Become a Member
Read Today's E-edition
Share This
Go-Hawks advance eight to quarters, sit in second
0 comments
Share this
1 of 4 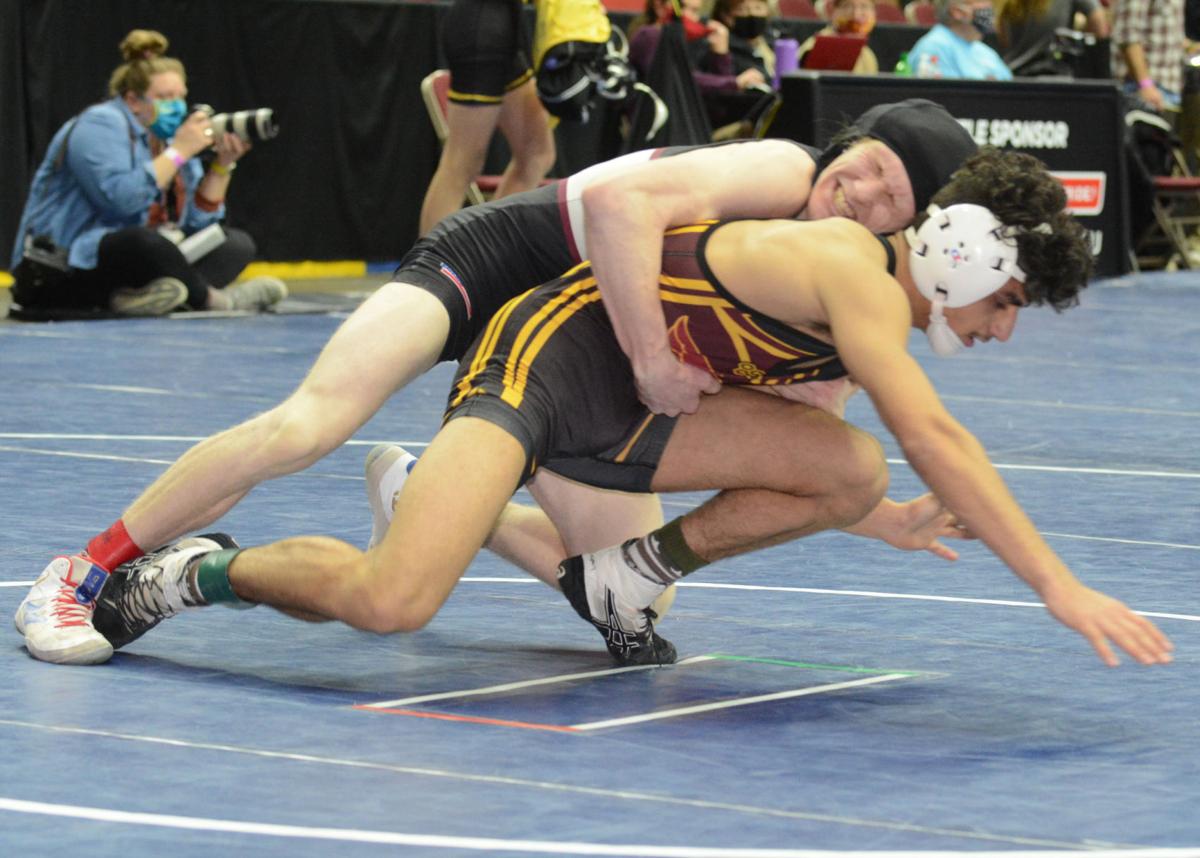 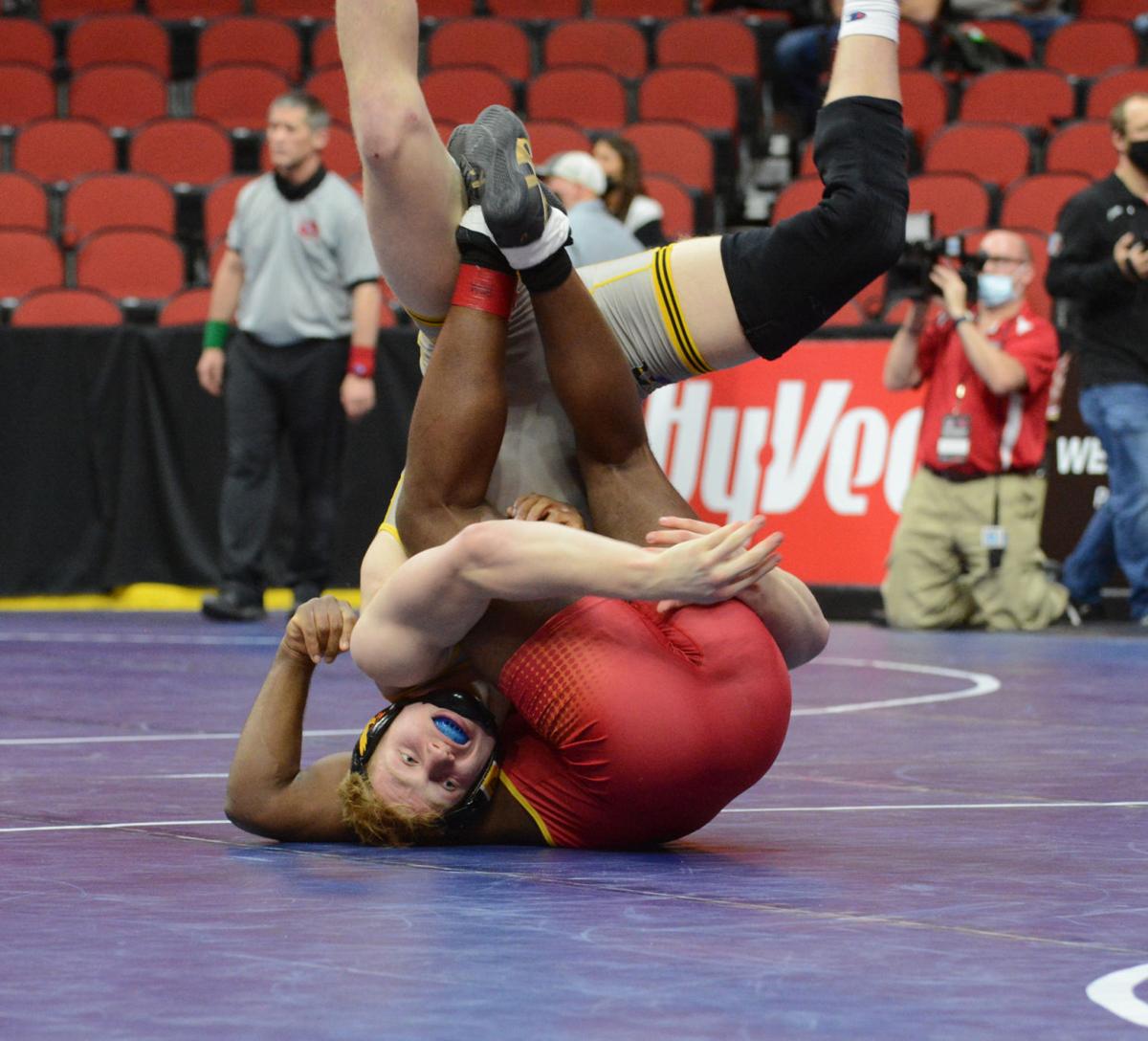 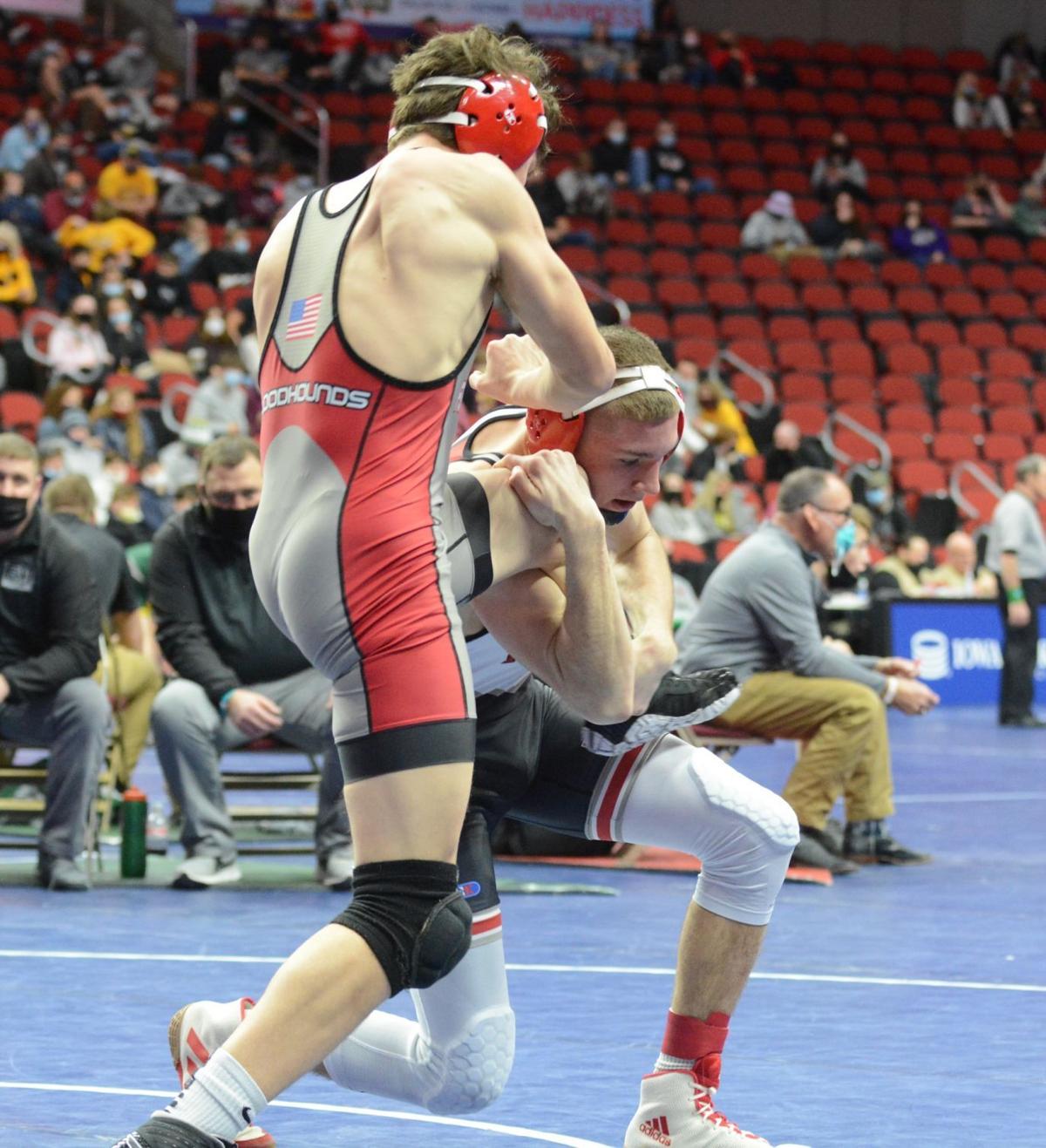 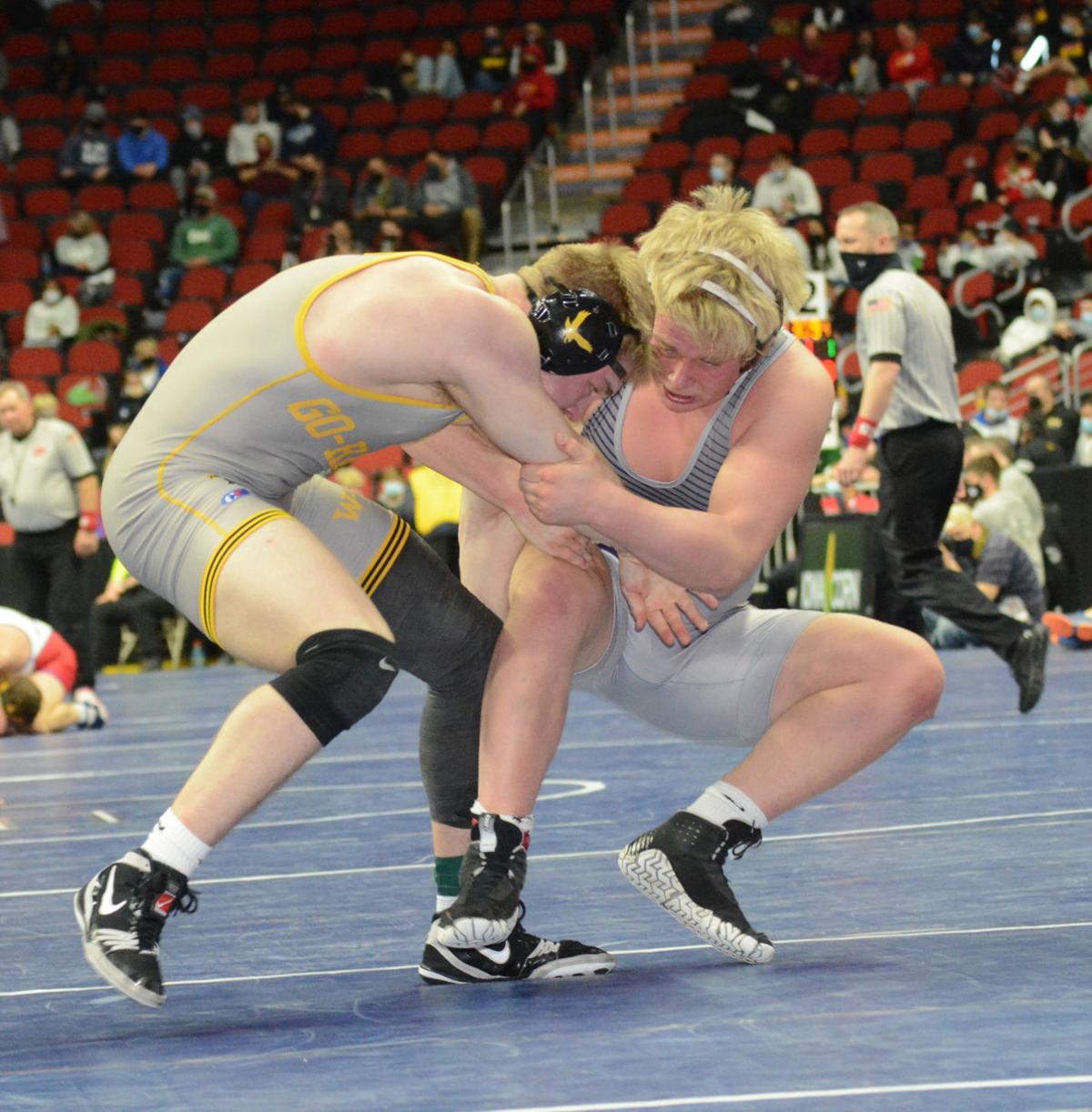 To be honest, Whitcome wasn’t concerned about it, either.

After a 2 1/2 hour, bout-by-bout, position-by-position slugfest, the two-time defending 3A state champions find themselves in what will certainly will be a 15-round boxing match in attempt to three-peat.

The Go-Hawks advanced 10 of its 12 qualifiers to day two, including eight into the quarterfinals. Waverly-Shell Rock trails Waukee by four points in the team standings after Thursday’s first round at Wells Fargo Arena in the traditional Iowa state wrestling championships.

“There is no doubt this was going to be a war here,” Whitcome said. “I have no idea where we are at, but I like where we are sitting with our guys. That is all that matters at this point.”

Block and Riggins seemed disappointed by their wins, but in what Whitcome considers a good mindset.

After losing in the state finals in back-to-back seasons to Southeast Polk, Waverly-Shell Rock earn its fifth 3A state dual title in program history with a 59-12 win over the Rams Wednesday.

“I wanted to get a fall there, but if the ref is not going to call it I can’t control that and just had to do what I could to get the tech fall,” Block said of his 17-2 win over Drew Dunn of Ankeny Centennial.

“I like the tech falls, a lot,” Riggins said. “But, yeah, I was kind of disappointed that I didn’t get that pin at the end to get more team points. You want to get as many bonus as you can. We want falls, but we also got to make sure we’re just winning the matches and if we do that everything will pan out like we want it.”

“They understand it. They understand out important bonus points are and they are thinking about those things. That is kind of fun when you have guys that want to go out there and not just win, but win big,” Whitcome added.

Behrends beat Bettendorf’s Ella Schmit, 8-1. Schmit then pinned Cael Nelson of Carroll in 4 minutes in a wrestleback to become just the second girl in state history to win a contested match.

Schmit now is one win from joining Eddyville-Blakesburg’s Megan Black and winning a state medal.

Waterloo West senior Kaden Karns felt he left too much to chance last year at the state championships. Karns lost a championship-side match he felt he should’ve won. Eventually, he wrestled back to finish seven at 120 pounds.

Down a weight, Karns opened his third state tournament with a dominating 11-0 victory over JJ Maihan of Ankeny in a 113-pound match.

Karns needed two second period tilts to open up Maihan after leading just 1-0 after the first period when he forced two stall calls on the Ankeny sophomore.

“My goal for this tournament was to come in and dominate everyone,” Karns said. “I don’t want to settle for scoring a couple of times or winning by a couple of points. I really want to go out and dominate. I don’t want anybody to be able to keep it close so I’ve focused on that to make sure nobody gets that chance.”

Two of Cedar Falls’ three qualifiers advanced to Friday, including Dylan Whitt at 138.

Whitt scrambled out of some second period trouble against Fort Madison’s Gavin Wiseman before hitting what he calls the ‘Mark Hall roll’ for a pin in 5:28.

“Obviously, I didn’t wrestle as good as I could have,” Whitt said. “That doesn’t mean I still can’t win this whole thing. I let him get that bar in a little too tight and he got two out of it, but I knew once we got back to our feet there were no worries. He was sloppy so I took advantage of it.”

After losing his first-round match in the closing seconds, Ryley Barnett regrouped to pin Matt Surles-Davis of Fort Dodge to remain alive at 170.

Prep of the week: Waverly-Shell Rock's Ryder Block would want a rematch, too

Go-Hawk returning state champion Ryder Block understands and respects why Fort Dodge's Drake Ayala, an Iowa recruit, made a weight change to get another shot at him.