The veteran collegiate and high school wrestling coach was enjoying building the Cedar Falls wrestling program back up to relevance.

But then in January Don Bosco of Gilbertville head coach Tom Hogan announced he was retiring. Numerous names surfaced as possible candidates to lead the tradition-rich program and the situation changed for Ortner, a former standout for the Dons himself in the mid-1990s.

“I wasn’t looking to leave,” Ortner said. “Cedar Falls has been awesome. But Don Bosco … it is like coming home. It is not something I thought would ever happen and it was not something I sat around thinking about. It’s just a great opportunity to be closer to home and spend more time with family.”

Ortner lives in Gilbertville or in his words, a mile outside of town just past the Casey’s General Store with his wife Lesley, and his children, Mack and Mya, who both attend Bosco Catholic Schools.

He will be just the fourth coach in the last 52 years for the Dons.

“I’m excited about it,” Hogan said. “It is a great hire for us. He has more experience than a lot of people between his college and high school coaching experiences. He deserves a shot at running this program.”

When Hogan announced his retirement, although he knew he had several good in-house candidates, Ortner was a person he hoped would show an interest in being the next Don Bosco head coach. It turned out the feeling and situation was mutual.

Conversations between Hogan and Ortner ramped up over the past 10 days leading up to the announcement.

After winning three traditional and two state dual championships in 10 seasons, Don Bosco head wrestling coach Tom Hogan has announced he will retire at the end of the 2020-21 season.

“It had to work out with his job at Cedar Falls,” Hogan said. “He is going to be able to stay there and teach. We had several conversations the last couple of weeks. He had questions.

“But when it comes down to we had a lot of great options, but the name that everybody talked about from the time I made my announcement until we made the hire was Chris Ortner.”

Ortner, will continue to serve as an at-risk coordinator at Cedar Falls, where he just completed his third season as head coach of the Tigers. He was named head coach at Cedar Falls in 2018.

He comes into a program that has won three straight traditional titles and will be the defending state dual champion in 2021-22. The Dons will return eight state qualifiers, seven medalists and state champions Cade and Carson Tenold. Equally as important to Ortner is the staff he will have available to assist him.

“The coaching staff is unbelievable,” Ortner said. “There are multiple state and national champions among those guys. They are guys who care about the school, the program and community. It is a tremendous staff.

“Honestly, it’s going to be an honor to lead such a prestigious program.”

He will also get to coach his son, Mack, a state qualifier at 285 for the Dons this year.

Hogan in no rush to name replacement at Don Bosco

Tom Hogan said he’d get to work on the vetting process for his replacement at Don Bosco as head wrestling coach. Since 1970 the Dons' wrestling program has had just three head coaches -- Dan Mashek, Tom Kettman and Hogan.

“That will be new. That has always been separate for us,” Ortner said. “I think he wants me to be his coach, but it is going to still be separate. Inside that room I will be coach, and outside of it I’m just going to be dad.”

Prior to taking over the Cedar Falls job, Ortner had been the head assistant at Wartburg the previous five seasons, helping the Knights to four Division III national championships. In total, he served 13 seasons as an assistant with the premier Division III program.

Ortner himself was a two-time all-American at Wartburg where he graduated in 2000 with degrees in fitness management and physical education before earning his master’s degree in school counseling from Buena Vista in 2007.

Ortner also had a highly successful stint at Waterloo Columbus where he spent four years as head coach where he coached 19 state qualifiers, 18 state placewinners and two individual champions while also winning the Class 1A team title in 2004.

Ortner will be just the fourth coach in the last 40 years for Don Bosco.

Don Bosco of Gilbertville's Tom and Charlie Hogan enjoyed one last big father and son athletic moment Wednesday as Tom coaches his final Don team, and Hogan hangs up his singlet in his final year as a wrestler. 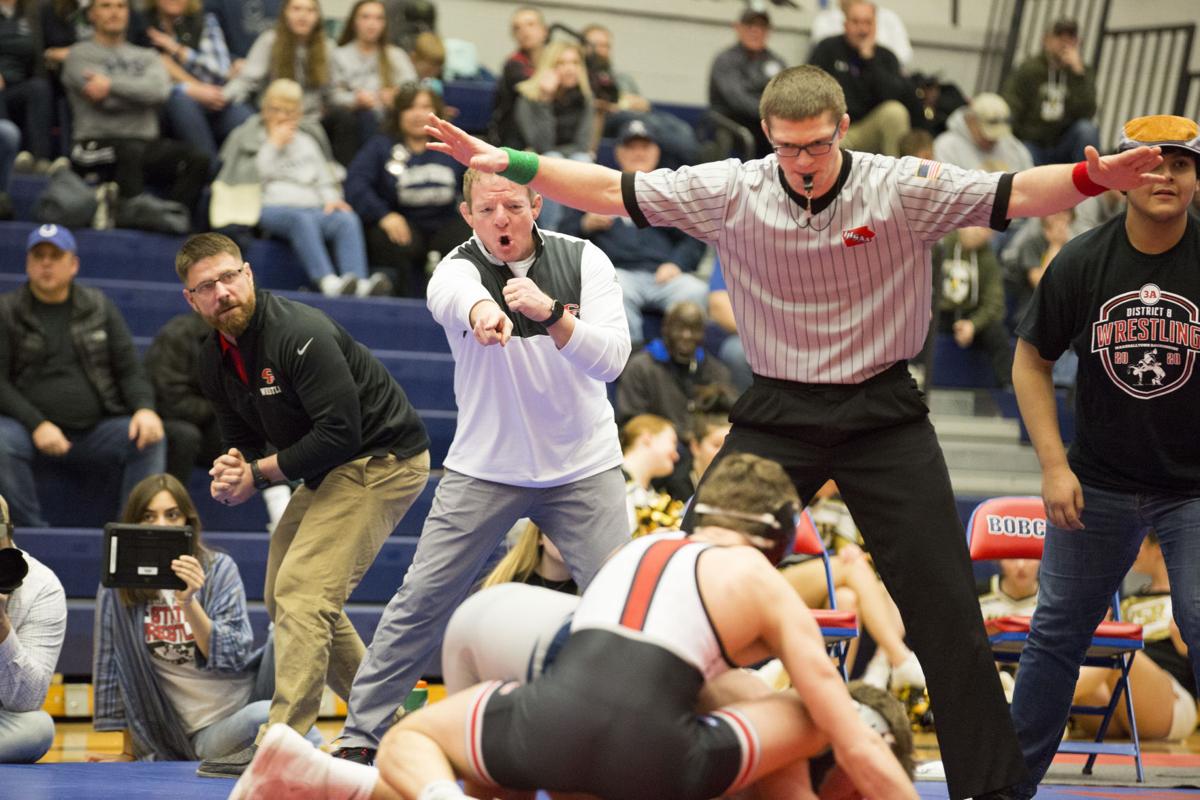 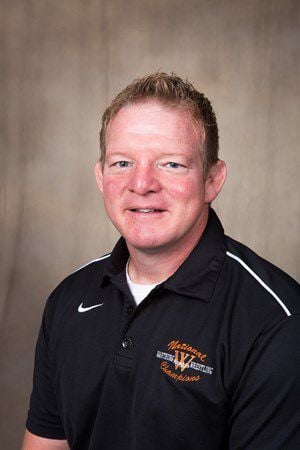