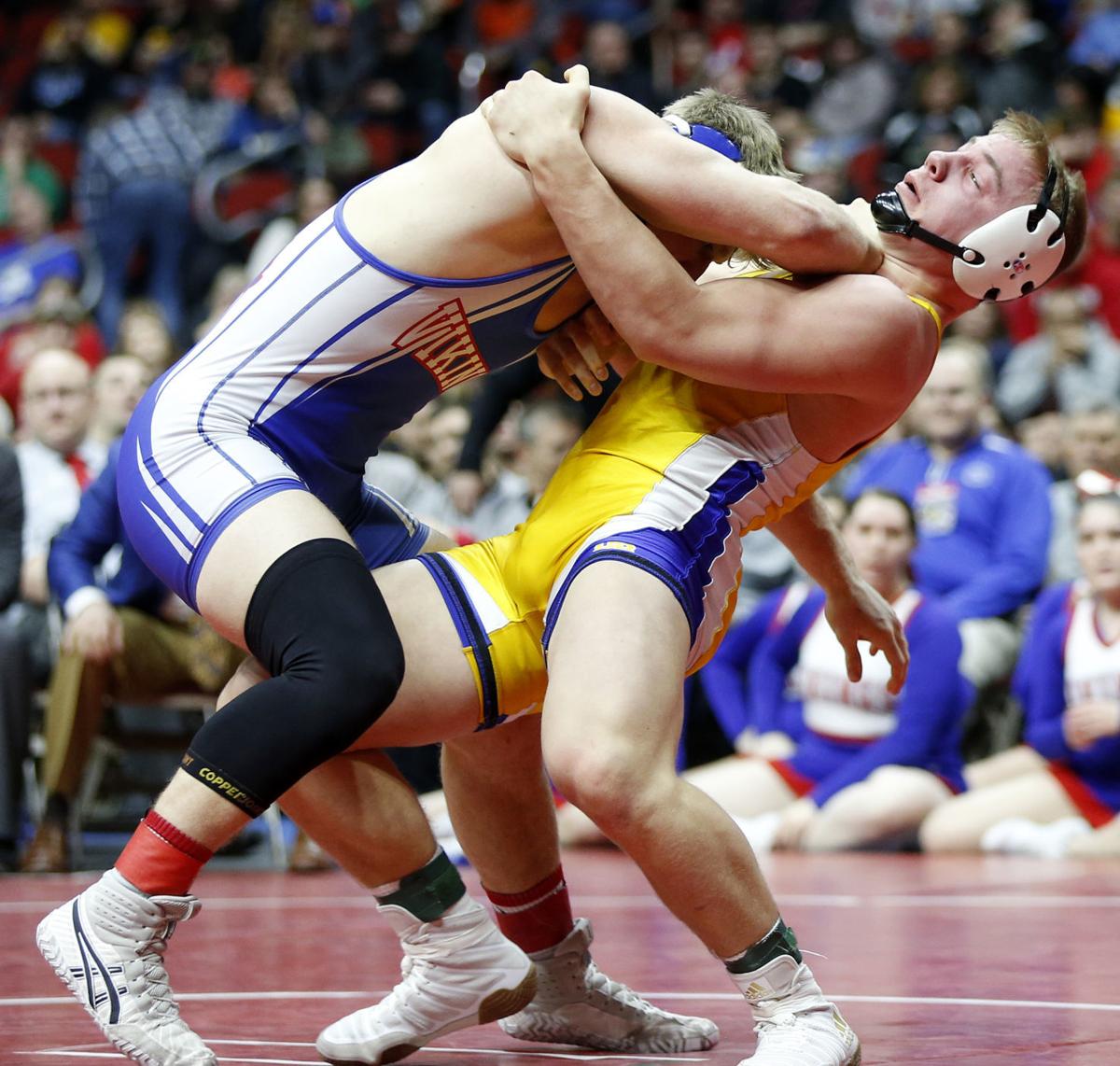 AHSTW's Gabe Pauley pushes over Don Bosco's Thomas Even with a hand under the chin in their Class 1A 182-pound title match Saturday night at the state wrestling tournament. 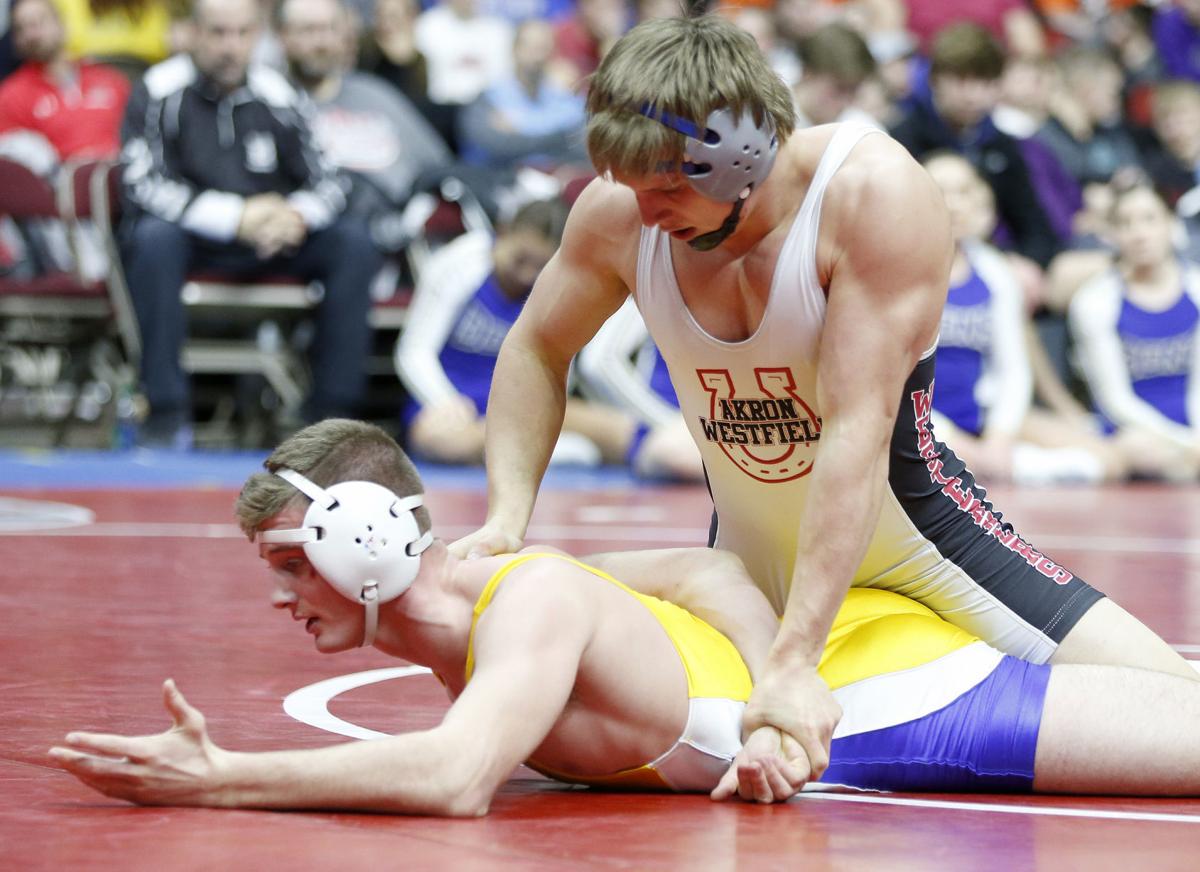 Don Bosco's Daniel Kimball tries to keep West Sioux's Adam Allard from turning him to his back in their Class 1A 120-pound championship match.

DES MOINES — It might not quite measure up statistically to the 2009 state championship, but 2019 will always be a special season for the powerful Don Bosco wrestling program.

The 151 points the Dons racked up are the most by a championship winning 1A school since they set a class record with 194 during that special 2009 season.

“They put together one of the best tournaments we have had in a long time,” Don Bosco head coach Tom Hogan said of his team, which also won a State Duals title on Wednesday.

“I think last night we talked about 2009 and this rivals that. It doesn’t beat it, because that was one heck of a tournament, but we put a lot of points on the board this weekend and the guys sold out.”

To put Hogan’s words into perspective, in 2009 Don Bosco qualified nine wrestlers for the state tournament and eight of them reached the finals with Bart Reiter, Cole Welter, Clay Welter and Jake Thome all winning titles.

The Dons had four in the finals Saturday.

In a battle of returning state champions, the Dons’ Daniel Kimball gave now three-time state champion Adam Allard a 5-0 head start when he gave up a takedown and tilt in the first 30 seconds of their 120 final.

At 160, freshman Carson Tenold was trailing 2-0 when now three-time state champion John Henrich of Akron-Westfield turned and pinned him in 2 minutes, 42 seconds.

In the 182 final, Thomas Even forced sudden victory with a second late stalling call on his opponent Gabe Pauley of AHST, but Pauley hit a blast double with 38 seconds left in sudden victory to win his second consecutive championship, 5-3.

Other Don Bosco medalists were Michael McClelland who as sixth at 126, Easton Larson, fourth at 132, Cael Frost, fifth at 138, Max Wettengel seventh at 145, Cade Tenold, fourth at 152 and Cael Rahnavardi, fourth at 170.

“We put our best guys out there, and we ended up on top,” said Wettengel, one of three seniors on Don Bosco’s roster. “Everyone was fighting their butt off in this tournament and it paid off.”

Denver, which matched a school record with eight medalists, finished third with 99.5 points. Lisbon was second with 104.5.

AHSTW's Gabe Pauley pushes over Don Bosco's Thomas Even with a hand under the chin in their Class 1A 182-pound title match Saturday night at the state wrestling tournament.

Don Bosco's Daniel Kimball tries to keep West Sioux's Adam Allard from turning him to his back in their Class 1A 120-pound championship match.