USHL hockey: Black Hawks get back to winning ways 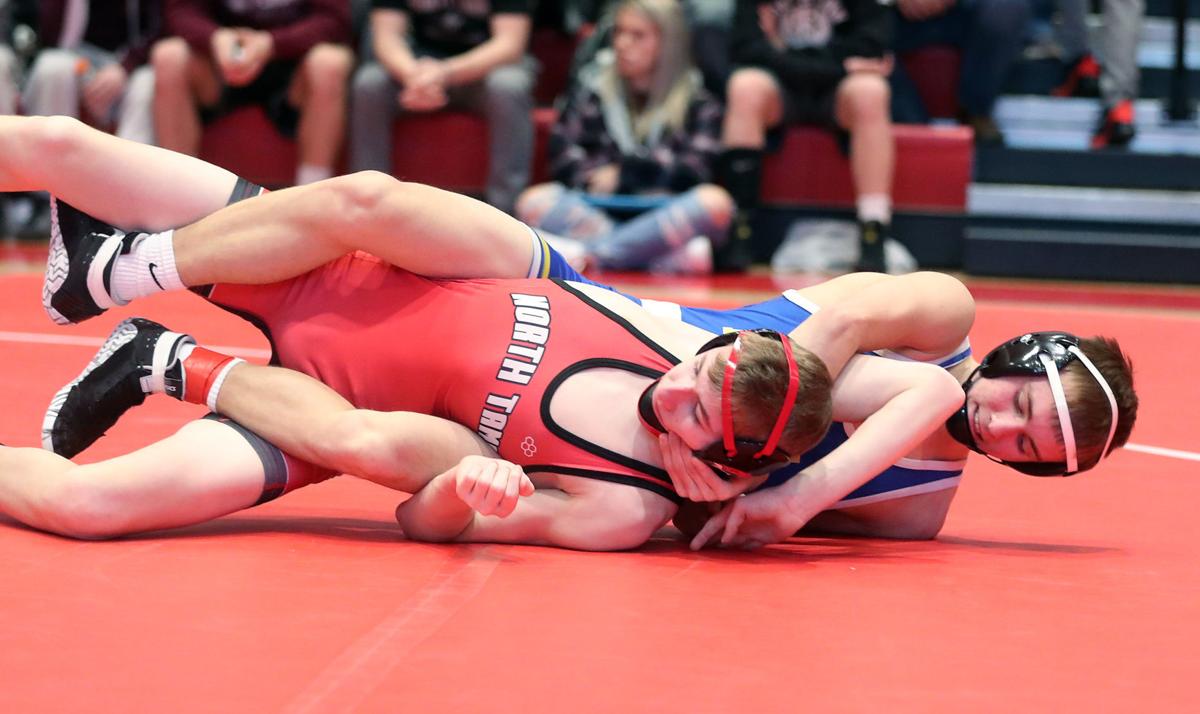 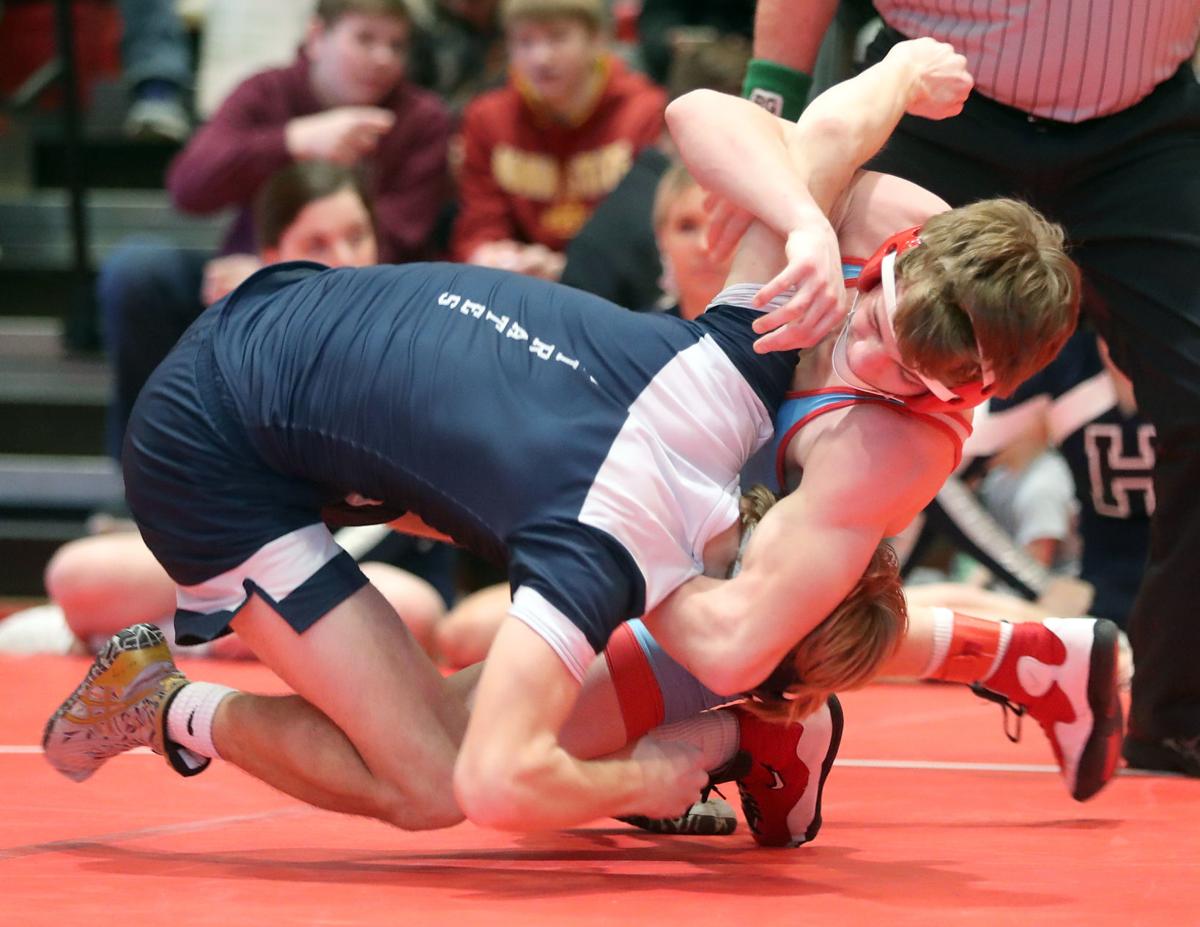 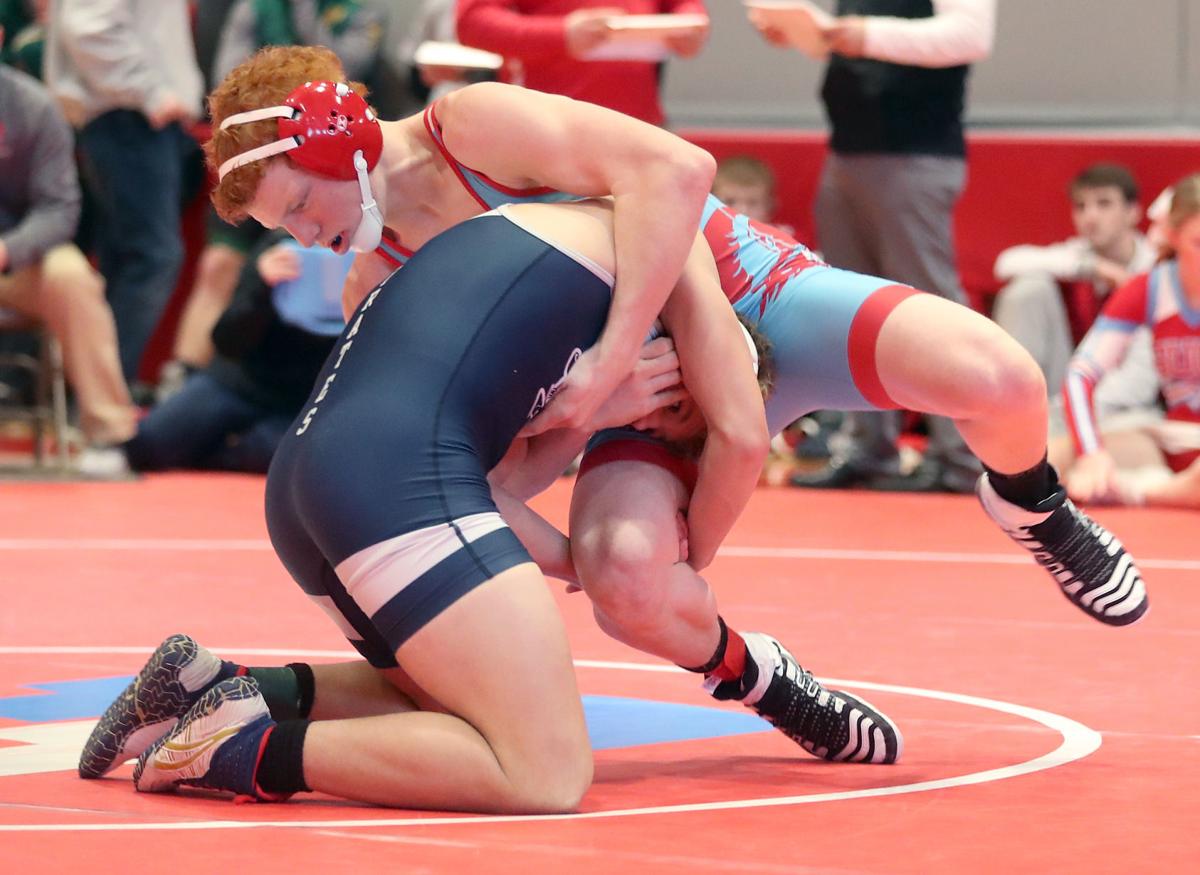 WINTHROP — State championships are not won in sectional wrestling tournaments.

Saturday’s Class 1A sectional at Winthrop provided more than one strong test for wrestlers who figure to contend for individual state titles in two weeks at Wells Fargo Arena in Des Moines.

Frost, ranked third at 152, scored early in both his semifinal win over fourth-ranked Tate Entriken of Hudson and TJ Lau of East Buchanan in the finals as he scored 7-0 wins in both matches.

“I just got to my offense, got to my shots and not let him dictate the match,” Frost said of his finals win. “I just wanted to be on the offense and make him be on defense so he couldn’t get his offense going.”

“He’s one of the kids that looked like he is wrestling as good as he has all season, which is obviously the right time to do it,” Don Bosco head coach Tom Hogan said. “One day doesn’t make a year, but if he can keep that up I like his chances of getting pretty high on the podium.”

Frost was one of 10 champions for Don Bosco as the defending state champions advanced 13 wrestlers to next Saturday’s district meet in Arlington. Don Bosco captured the sectional crown with 293 points.

“It was a good day,” Hogan said. “There is always going to be a casualty or two long the way and we minimized them as much as we could. You can’t complain with 13 guys moving on.”

Myles McMahon at 113, Carson Tenold at 170 and Mack Ortner at 285 advanced as runners-up. Ortner, a freshman, was seeded fifth, making his run to the district meet the most surprising for Don Bosco.

“Heavyweight was kind of an open weight and we knew that,” Hogan said. “Mack has been wrestling pretty good toward the end of the season. He had about a .500 record coming in and he found his way to the finals. I’m pretty sure he is pretty happy right now.”

Ortner won in sudden victory in his opening match over North Tama’s Xander Bradley and then knocked off top-seeded Landon Nunemaker in the semifinals, 3-2, before finishing second.

Among the other highlights for the Dons was Larson picking up his 100th pin in the semifinals, a 42-second win over AJ Kremer of East Buchanan.

Fulcher, third last year at 170 in Des Moines, was one of three Pirates to advance. Karter Krapfl won at 138 and Entriken defeated Lau, 9-2, in a true second-place match to advance as a runner-up.

Fulcher won perhaps the best final of the day as he defeated last year’s state runner-up at 160 and second-ranked Carson Tenold, 5-4, in the 170 finals. Fulcher used a reversal with 36 seconds left for the win.

Like Frost, Fulcher said the key was the first score. Fulcher led 2-0 after one period, getting that score with just one second left on the clock.

“The key was just getting to my attacks, my offense,” Fulcher said. “I wrestled my style.

“This is how it falls,” added Fulcher of meeting the second-ranked wrestler in the sectional finals. “I’m going to have to wrestle him next week and down at state.”

The three Pirate wrestlers have a combined mark of 97-1.

Osage the surprise leader in 2A

Osage stormed to the top of the Class 2A state wrestling field in surprising fashion Friday.

The matchups are set for Saturday night's state wrestling finals.

Defending champion Don Bosco put a headlock on another Class 1A title after Friday's action at the state wrestling tournament.

Placing matches for third, fifth and seventh at the state wrestling tournament:

W-SR on brink of back-to-back 3A championships

Waverly-Shell Rock advanced five wrestlers to the finals as the Go-Hawks took a giant step Friday toward a state title repeat.