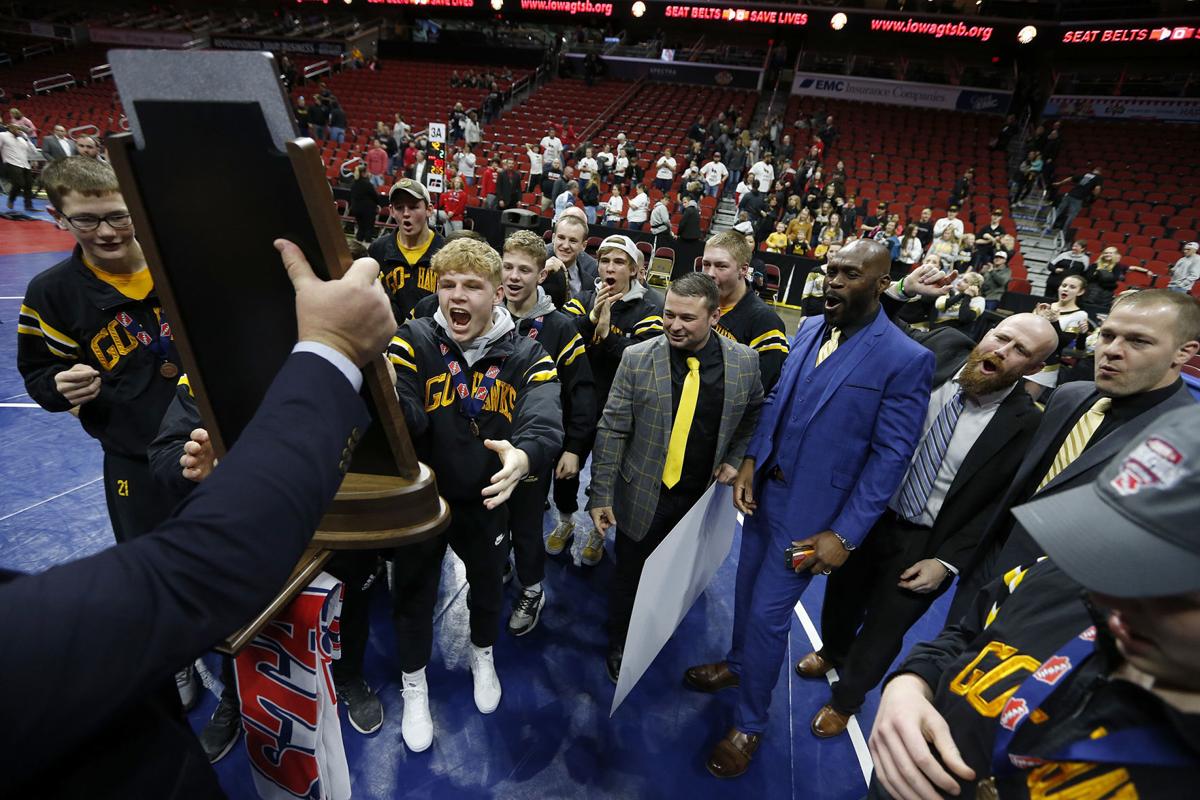 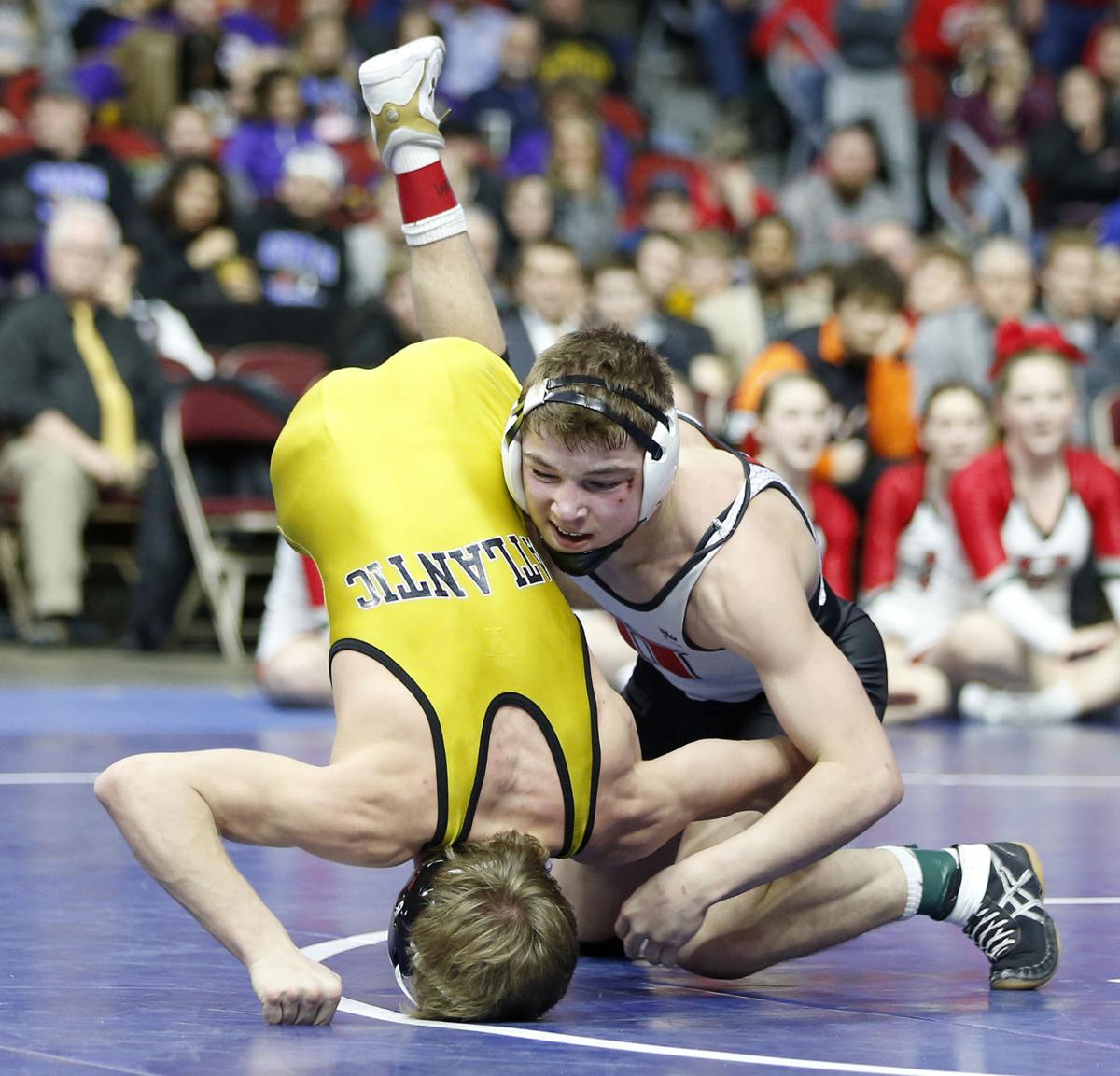 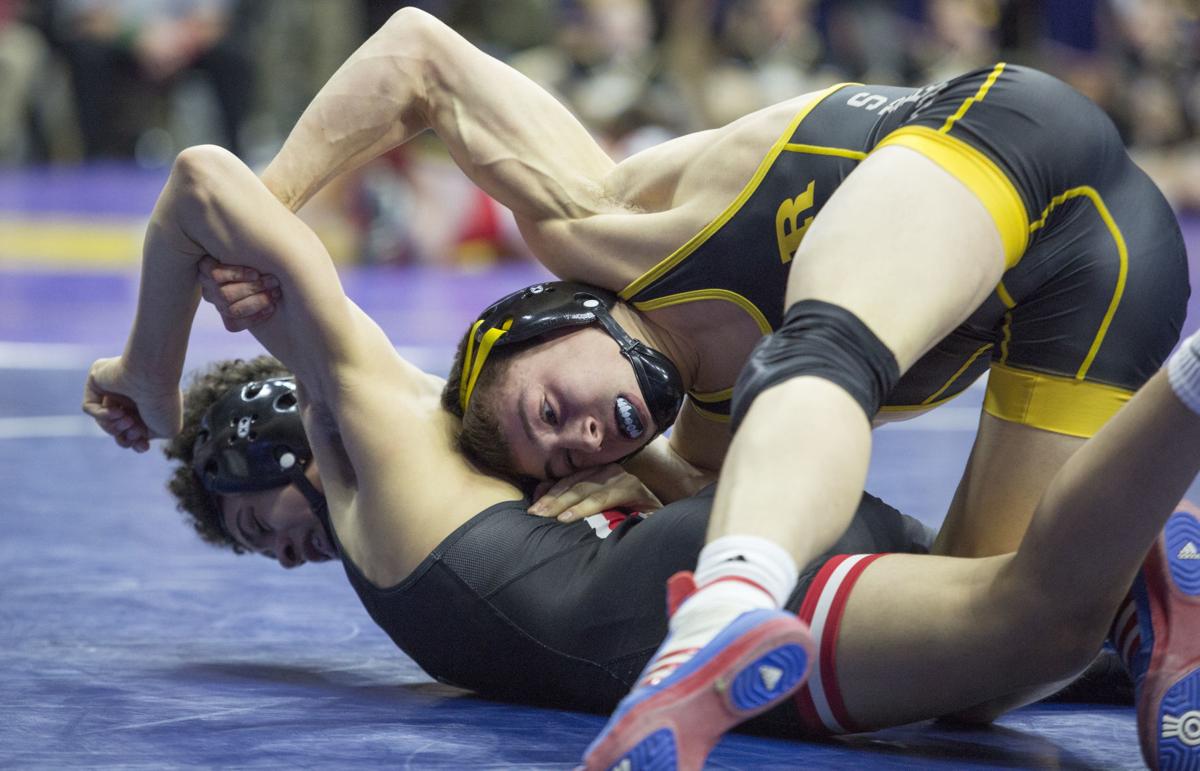 The room is full of talent.

The defending traditional and state dual team champion Dons will be the prohibitive favorite to repeat as the 2019-20 season begins in earnest this week.

Hogan, however, stomped all over any premature coronation.

“The message is we haven’t won anything this year,” Hogan said. “I guarantee you that Lisbon, Underwood, Denver ... teams that will have a say in it before it is over ... aren’t going to hand us a couple of gold trophies down in Des Moines in February.

“We have to go earn them. We will be in a lot of dogfights with teams this season.”

Don Bosco does have the talent to win its 12th traditional and 11th State Duals title. The Dons return 103.5 state tournament points and seven state placewinners.

Carson Tenold at 160 and Thomas Even at 182 were state runner-ups, while Michael McClelland, Easton Larson, Cael Frost, Cade Tenold and Cael Rahnavardi also finished on the podium.

“There is no doubt we have a good core coming back,” Hogan said. “We’ve got to be able to fill around that core and I think we have some guys who could open a few eyes this season.”

Following a run to the 8-player state football title that included many of his wrestlers, Hogan figures it will be a few weeks before the Dons put their best lineup on the mat.

“We won’t have everybody for first couple of weeks,” Hogan said. “When the Battle of Waterloo (Dec. 20-21) rolls around, everybody should be back in the lineup and probably where they we will be in the stretch run for February.”

Denver will be one of the 1A schools planning to challenge Don Bosco. The Cyclones also return seven state qualifiers, including placewinners Joe Ebaugh, Brooks Meyer, Jacob Moore, Gabe Lewis, and Trevor Dorn.

Union returns all 60.5 of its fourth-place points from the 2019 tournament. In addition to Thomsen, the Knights return state runner-up Adam Ahrendsen, as well as placewinners Lincoln Mehlert and Kolten Crawford.

Osage also figures to be in the mix as the Green Devils return four wrestlers who reached the podium — Joe Sullivan, Averee Abben, Zach Williams and Spencer Mooberry.

Waverly-Shell Rock captured its sixth traditional state title last year and first since 2011, and the Go-Hawks figure to be at least in the discussion for a repeat.

The Go-Hawks have four wrestlers and six state qualifiers back, led by state runner-up Brayden Wolf at 195. Also back are Aiden Riggins (third at 106), South Dakota State signee Bailey Roybal (fifth at 113) and Evan Yant (fourth at 132).

“Last year was great, but you move forward and really if we have talked about last year at all it was about what we learned about becoming a championship team,” W-SR head coach Eric Whitcome said. “It’s about every practice expecting more of yourself ... raising your level of expectation on a daily basis.”

The talent pool is deep. Luke Walker fell a win short of the state tournament last year, and W-SR has three or four potential impact newcomers.

Freshman Ryder Block is a guy Whitcome feels could contend for a state title at 106, and freshman McCrae Hagarty will also make noise in the middle to upper weights.

Carter Proffit, a state qualifier at Charles City last season, has transferred in and freshman Jake Walker, an AAU state champion last year, will also help in the upper weights.

The Go-Hawks open the season Thursday at West Delaware, the defending 2A state traditional and dual champion.

“Excited to get going,” Whitcome said. “We are not very healthy right now. Next guy up has to make something happen. We will roll with what we’ve got and see what we can do, but it will be midseason or close to that before we get close to what our best lineup will be.”

Metro wrestling coaches were generally pleased with what they saw Monday in their season-opening dual meets.

No. 6 Northern Iowa heads to No. 10 South Dakota State Saturday for a second-round FCS playoff showdown.