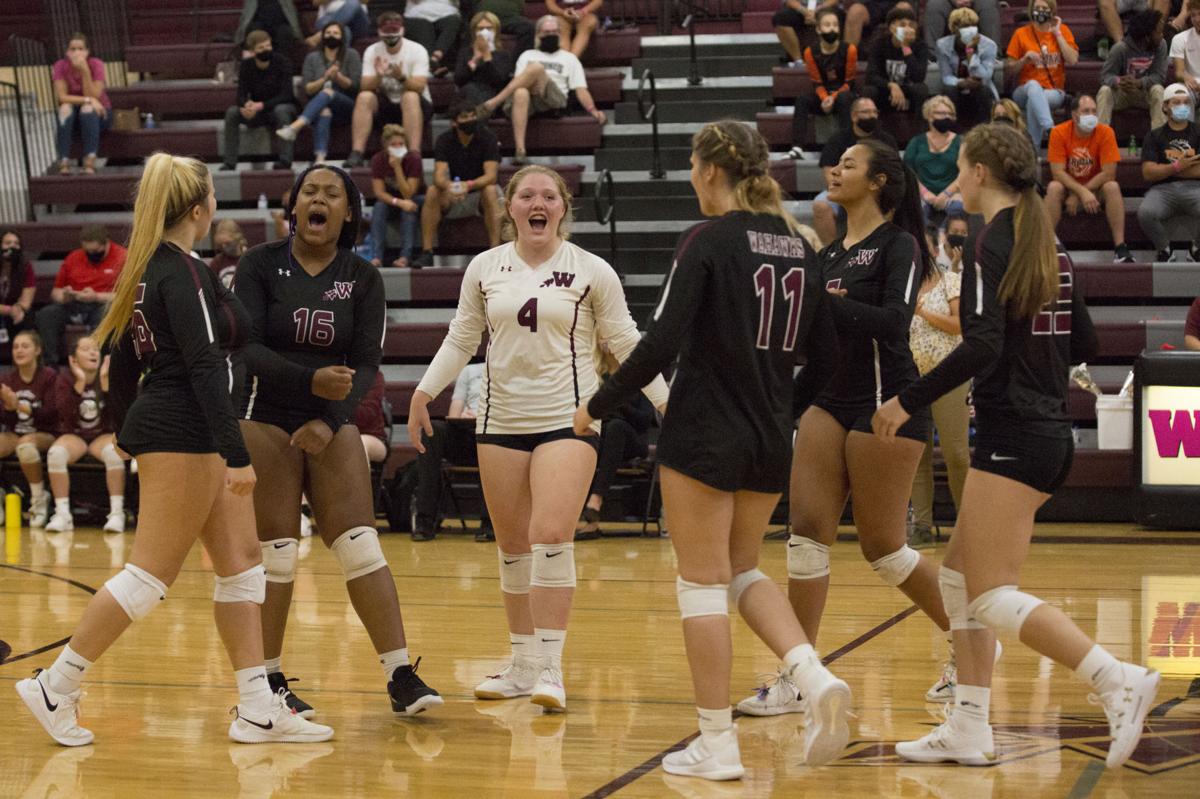 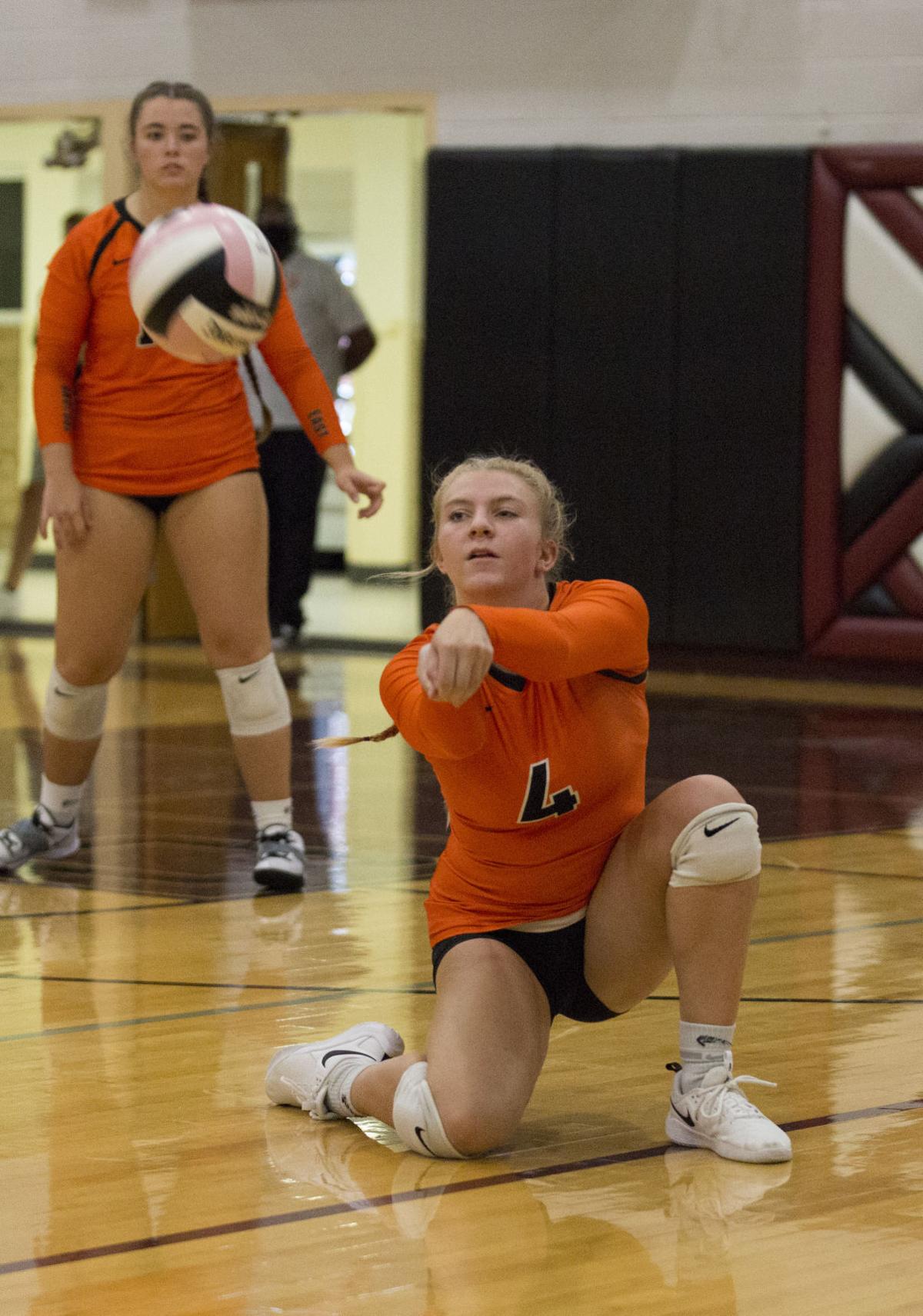 Waterloo East's McKenzie Heinz dives to dig the ball to a teammate after a serve from Waterloo West during Tuesday night's game. 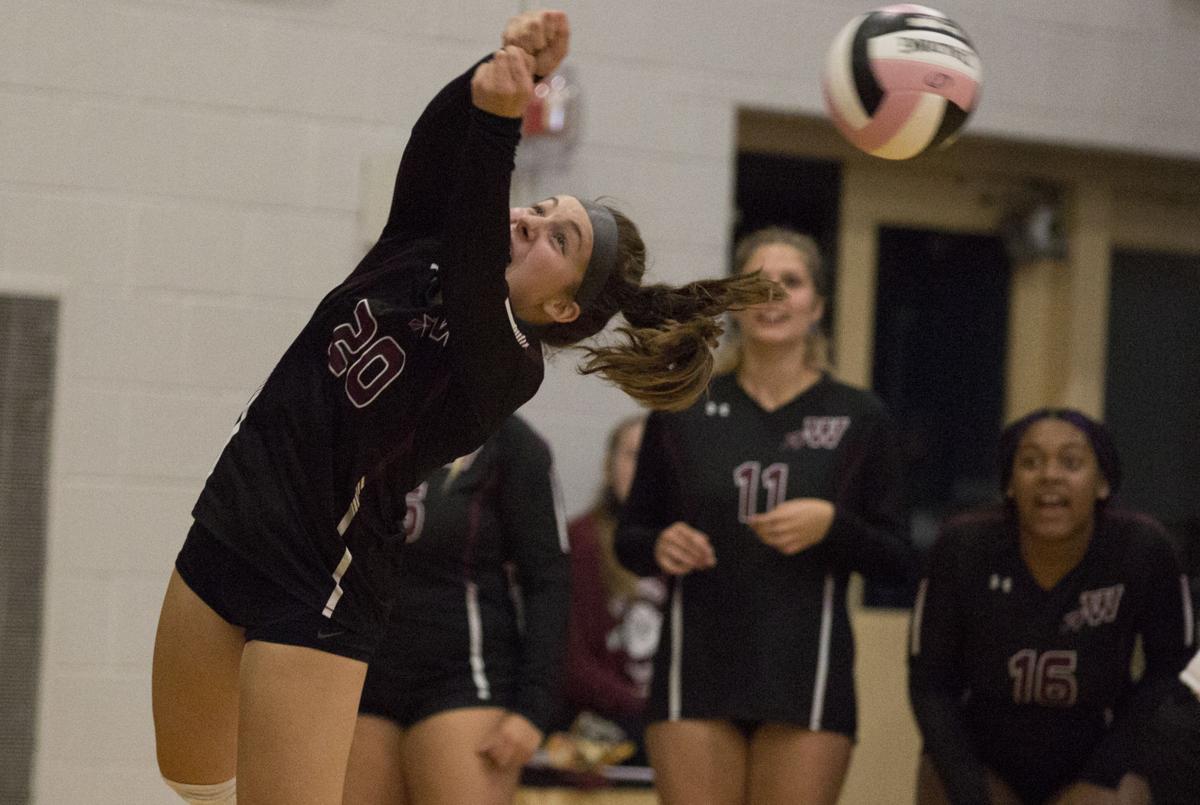 Waterloo West's Halli Poock hits the ball from the back row to try and make it over the net during Tuesday night's game against Waterloo East. 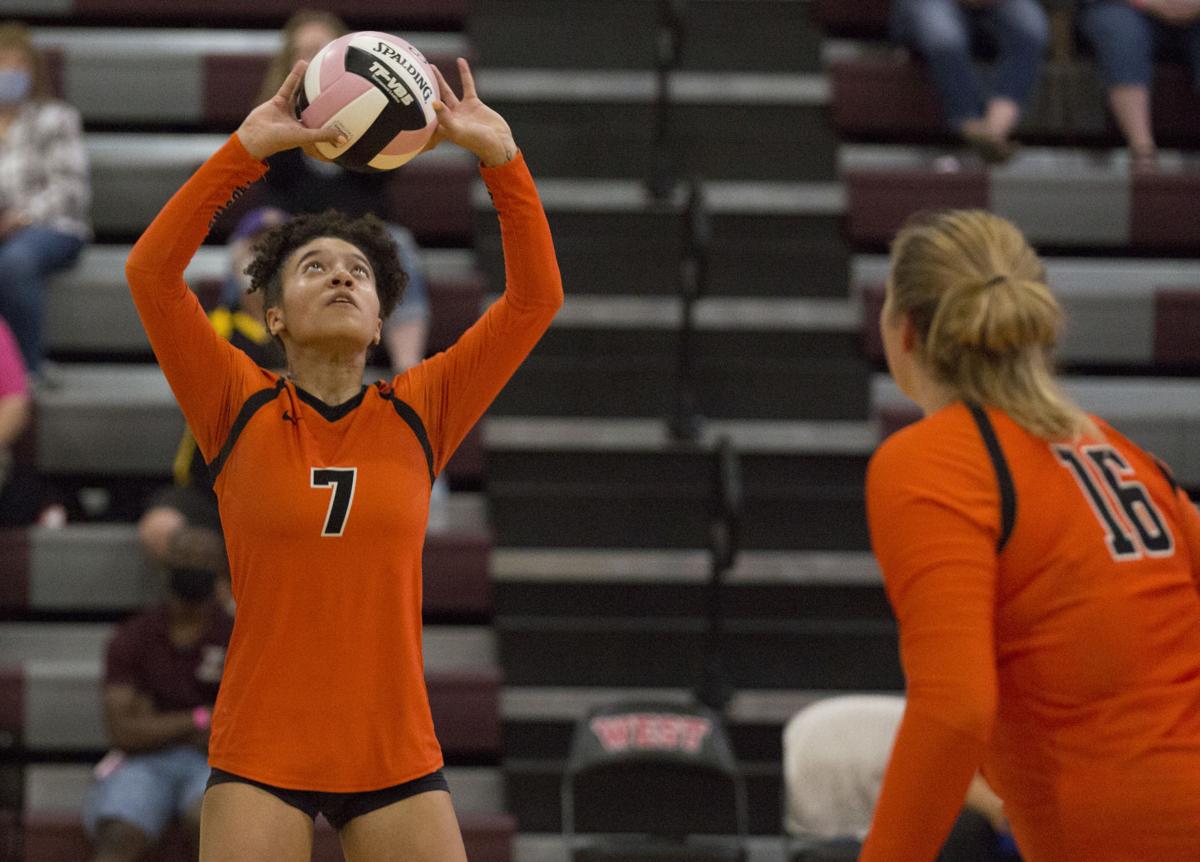 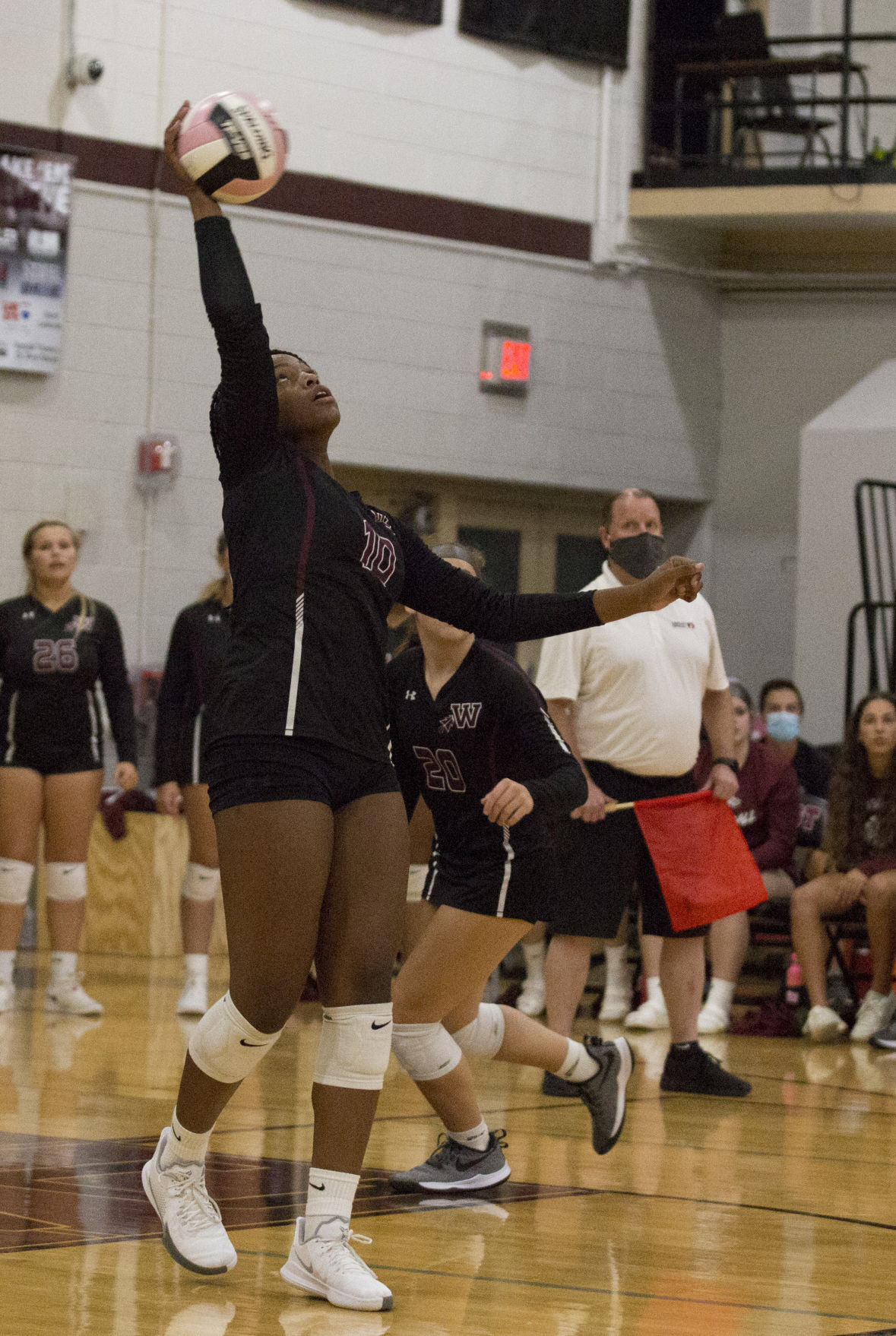 WATERLOO—What a difference a week makes.

When Waterloo West faced off against Dubuque Senior last week there was a lot missing, including simple communication.

West (1-1) learned a little bit about itself this past week and decided to play each set as if it could be its last, relaxing and having fun

“You know we started out with no high fives or any celebration after points last week,” said Wahawks coach Ashley Berinobis. “We thought about that and figured you know we need to bond as a team and celebrate from point-to-point and start coming together. We needed to have fun and show our emotions, and tonight we did. We were playing our rivals and you have to play with emotion in games like this.”

West had little trouble with the Trojans (1-4) during the first two sets and looked to take the brooms out for the sweep before East came to life in the third set with a more aggressive, attacking style than it had show in the first two sets.

The Trojans jumped to a 4-1 lead in the third set, and increased their advantage with a nice shot by Nyla Norman that painted the back corner giving her team a 9-4 edge. Sydney Magnuson extended the margin as she blew through a Wahawk block going up 10-4.

Madeline Grimm halted the East run with a tight rope shot that travelled the top of the tape before falling untouched to the floor. What followed was the longest rally of the night as both teams touched the ball seven different times before a mishit put the ball in West’s favor.

But a pair of East aces and a strong kill by Magnuson gave the Trojans the set win.

“I think those first two sets the girls tried so hard because they really wanted to win,” said Trojans coach Ashley Sterger. “They wanted to win so bad I think they were just over playing. I told them to settle down but be aggressive and to cheer each other on for motivation.

The fourth set was more typical of this rivalry as neither team could build more than a four-point lead and it went down to the wire.

Natalie See hammered a kill throw a West block to tie it at 23-all, but Gabby Moore and Jaeda Gieser followed with ringing kills for the Wahawks to give West the match.

“I think we came out in the first set and played like we were supposed to,” said Moore. “We knew that our communication was going to be very important for this match. We have really developed a good chemistry with this team and we know that anyone here can make the plays. When we got to that fourth set we wanted to win it right then. We showed tonight that communication is the key to this game and we went out to win it. We now have bragging rights for a while.”

East and West will all participate in a quad at Cedar Falls Thursday with Cedar Rapids Prairie.

WATERLOO — Anamosa made a heck of a first impression, but Waterloo West’s Jeremiah Feahn made a lasting one.

Early Thursday afternoon, West was informed by Linn-Mar, its scheduled opponent Friday that one of its players had tested positive for COVID-19 and that the Lions’ varsity team would have to go into a two-week quarantine.

Waterloo East's McKenzie Heinz dives to dig the ball to a teammate after a serve from Waterloo West during Tuesday night's game.

Waterloo West's Halli Poock hits the ball from the back row to try and make it over the net during Tuesday night's game against Waterloo East.