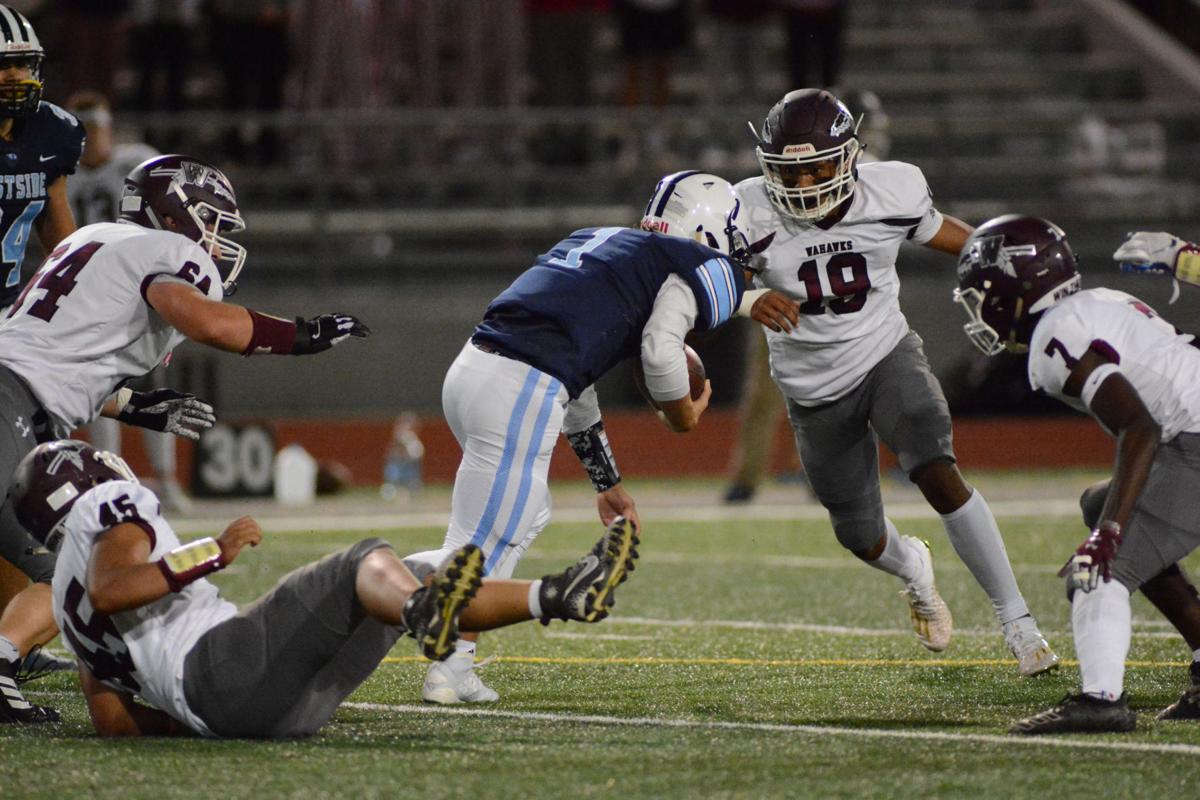 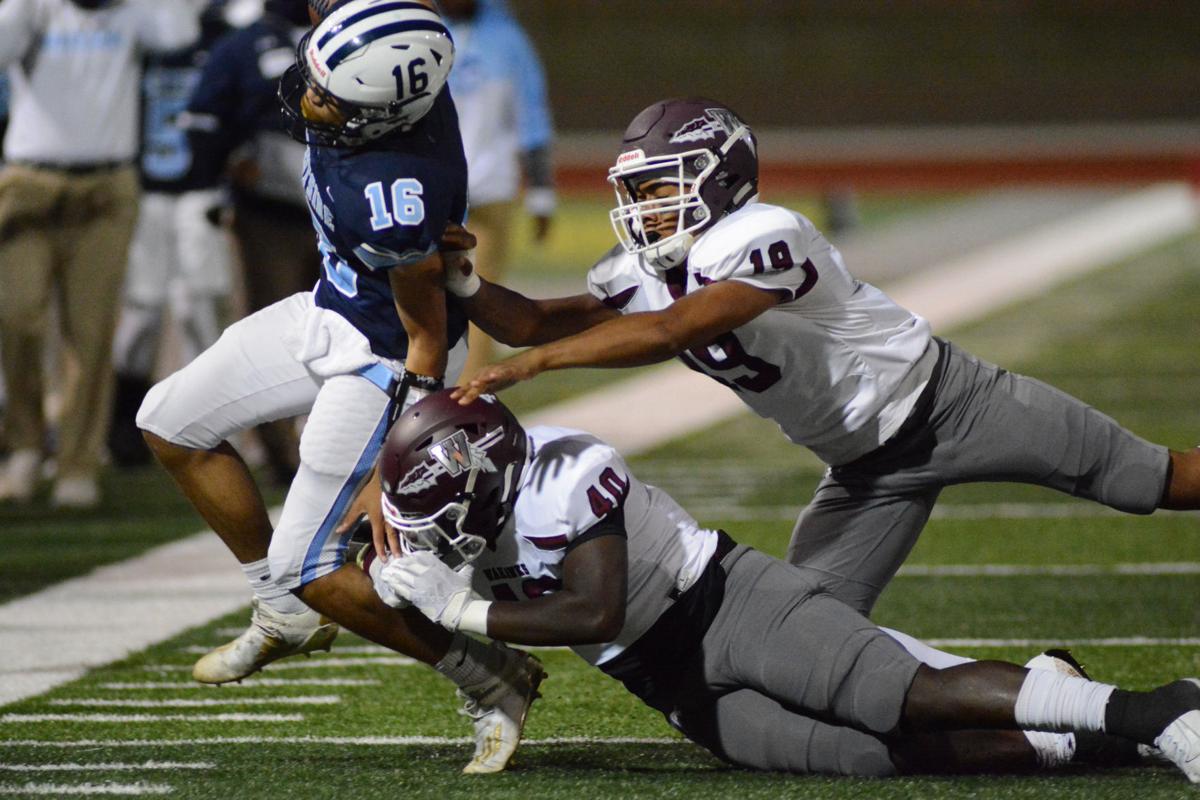 Nate Ewell (40) and Devontay Bentancourt (19) of Waterloo West push Brayden Kindhart of CR Jefferson out of bounds after a short gain in first quarter action Friday at Kingston Stadium. 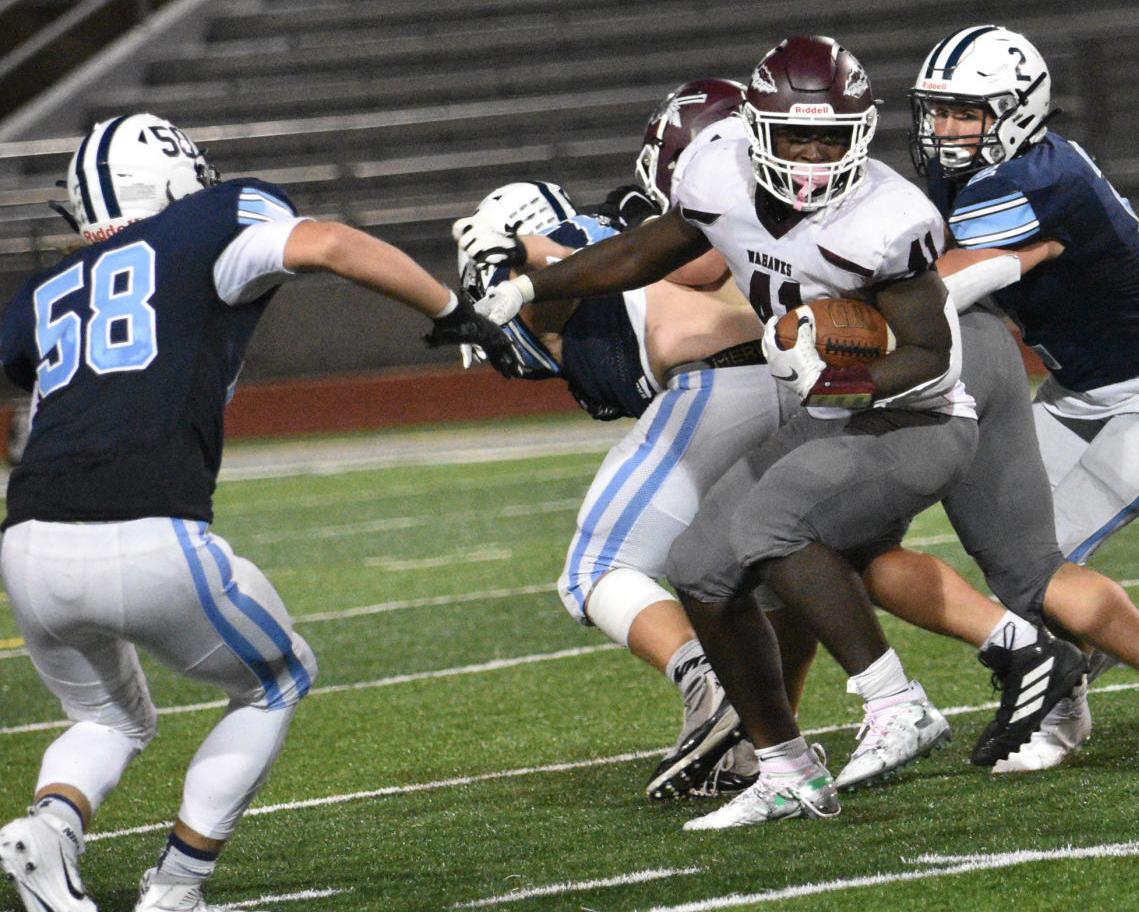 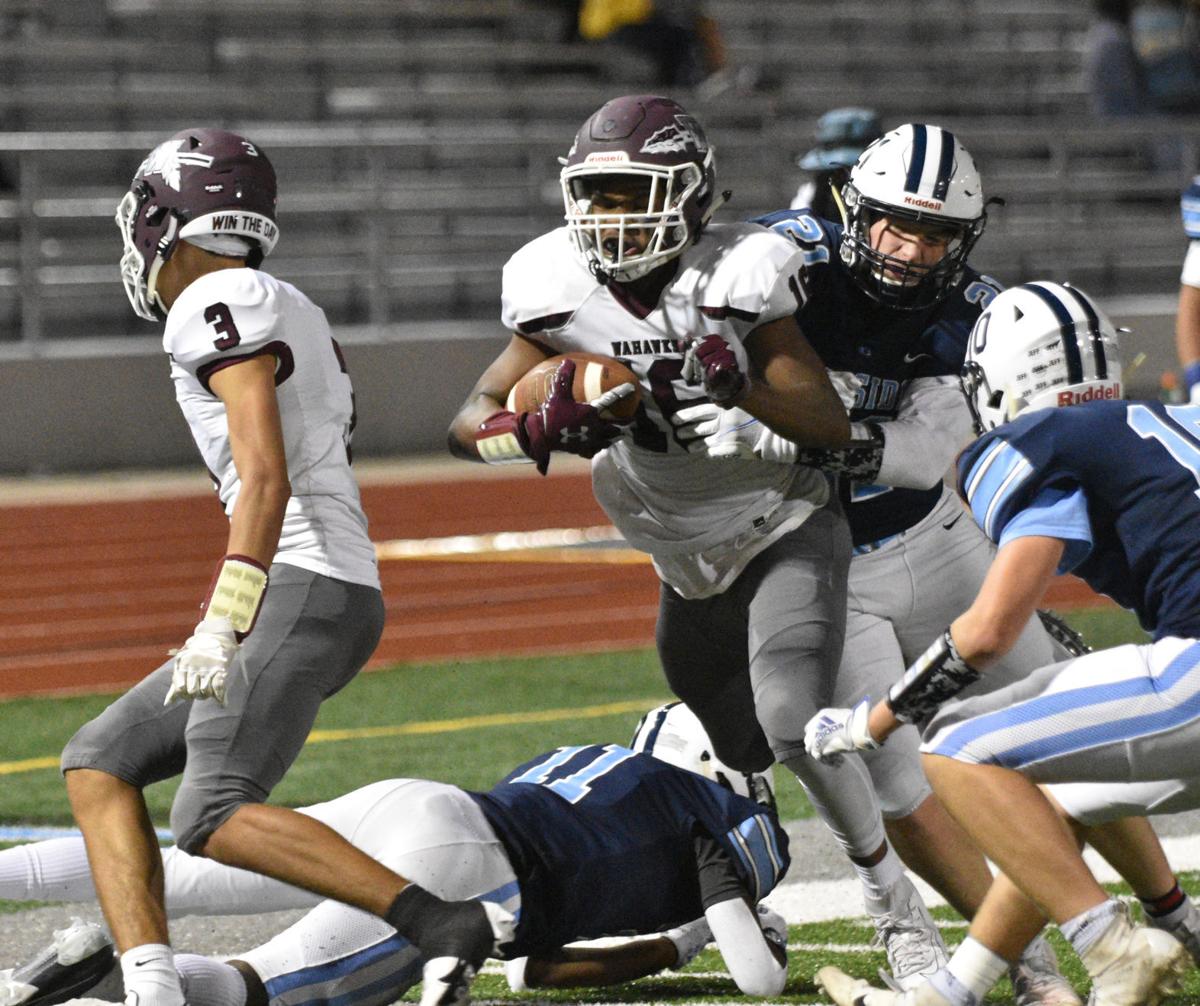 Jefferson took a 7-0 lead with 8:25 left on the first quarter clock after junior Dkhai Pope took a direct-snap from center for a 6-yard touchdown. The J-Hawks then increased their lead to 14-0 when Brayden Kindhart broke off a 39-yard run.

But West’s defense buckled down after that as Jefferson was forced to punt on seven of its final eight possessions, and lost a fumble on the eighth.

Ewell’s 59-yard pass reception for a touchdown from Schulte made it 25-14 West at halftime.

West was particularly efficient on third down, converting 10 of 13 third-down attempts.

Waterloo West won its first football playoff game in 29 years with a 24-17 win over Fort Dodge Friday at Memorial Stadium in Waterloo.

CEDAR RAPIDS – Waterloo West avenged a regular-season loss with a four-set win over No. 15 Cedar Rapids Prairie Thursday in a Class 5A regiona…

Kimball, a senior, recorded a score of 518.90, which broke a Waterloo Swim record.

Nate Ewell (40) and Devontay Bentancourt (19) of Waterloo West push Brayden Kindhart of CR Jefferson out of bounds after a short gain in first quarter action Friday at Kingston Stadium.