Harms has coached eight Woverine volleyball teams to state titles in her career which started at Charles City. Her 2002 Comet squad finished second in 2A.

“It comes as no surprise that Coach Harms has been selected for induction into the National Hall of Fame,” DNH Superintendent Justin Stockdale said. “Her commitment to our student-athletes have never faltered in her 19 seasons as head volleyball coach. She deserves this recognition as an incredible coach, and we are proud to have her as a constant inspiration to our entire athletic department.”

All-time Harms has coached in 17 state tournaments while compiling a 980-222-40 career mark.

The NHSACA is the oldest coaches association in the nation.

Summer-Fredericksburg's Morgan Brandt has been selected as the 2022 Waterloo-Cedar Falls Courier Female Athlete of the Year. The future @CycloneVB setter starred in four different sports for the Cougars. 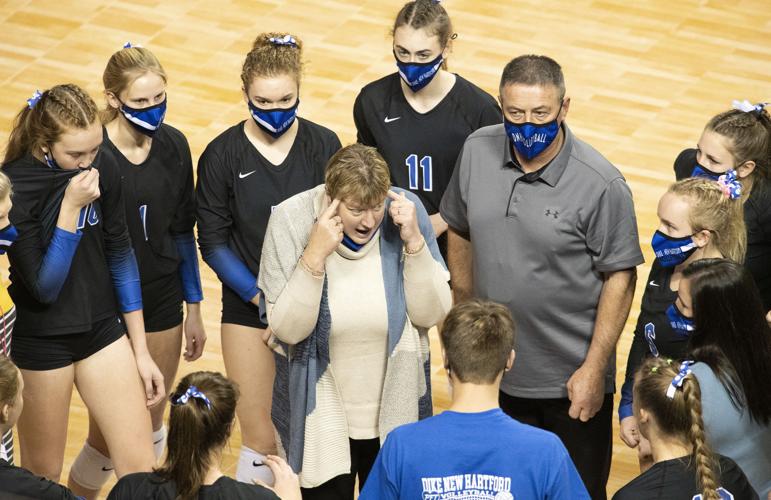 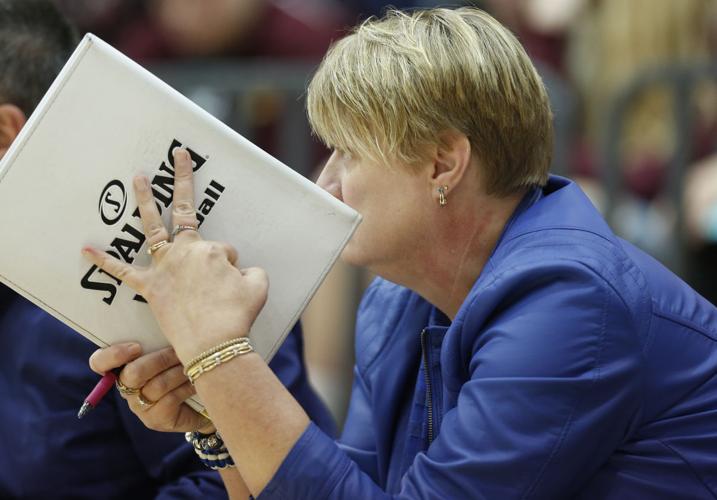 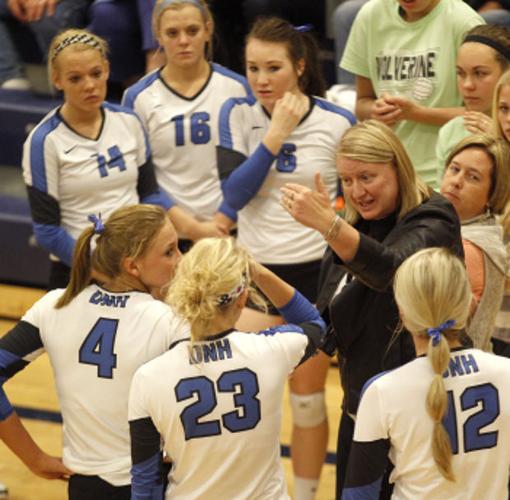 Dike-New Hartford head coach Diane Harms talks to her team during a timeout against Sumner-Fredericksburg when the teams met Oct. 7. 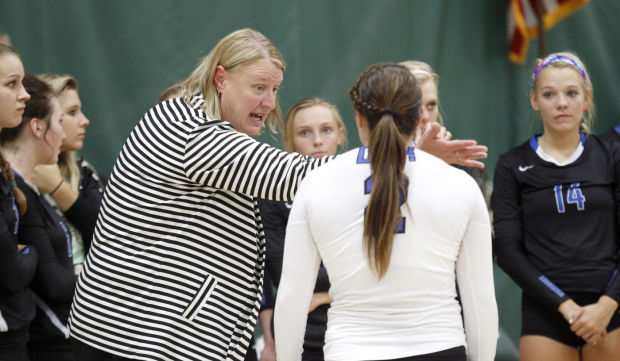 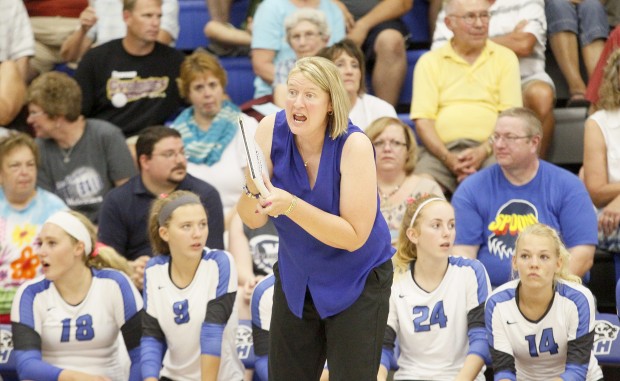