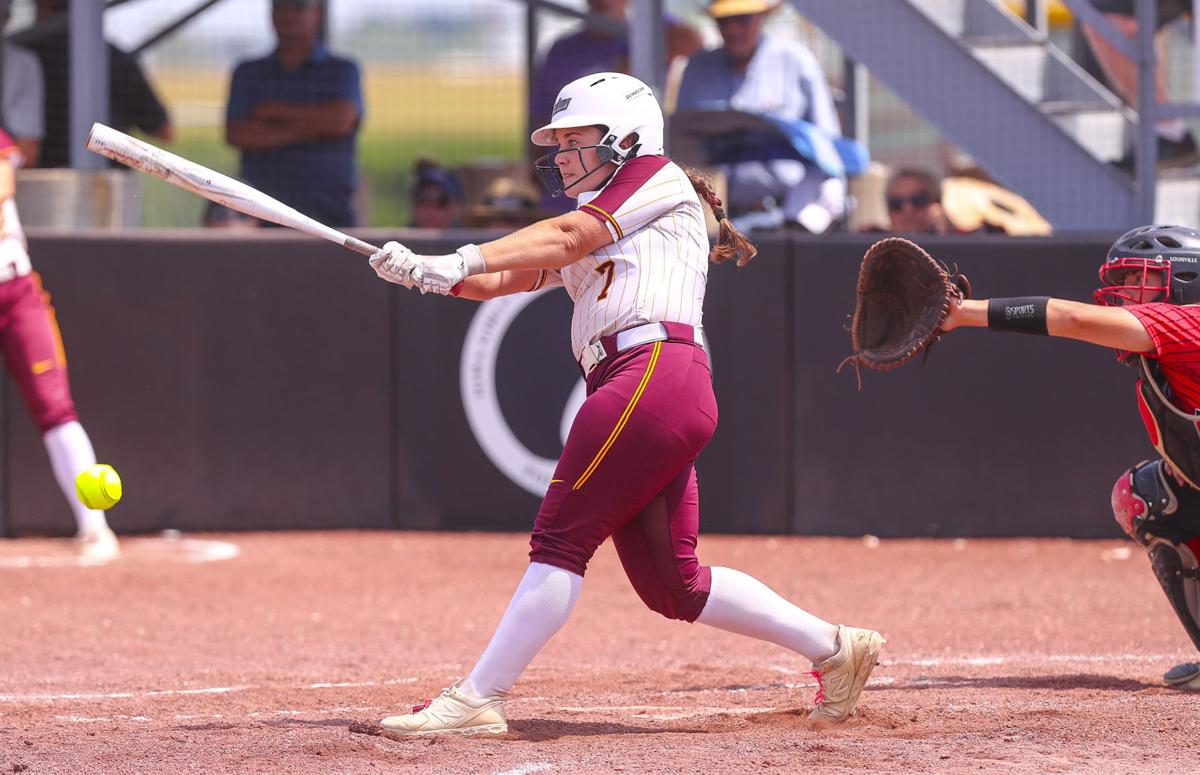 Clarksville senior Cheyenne Behrends makes contact with a pitch against Lisbon on Monday during the quarterfinal round of the state softball tournament at Rogers Park in Fort Dodge. 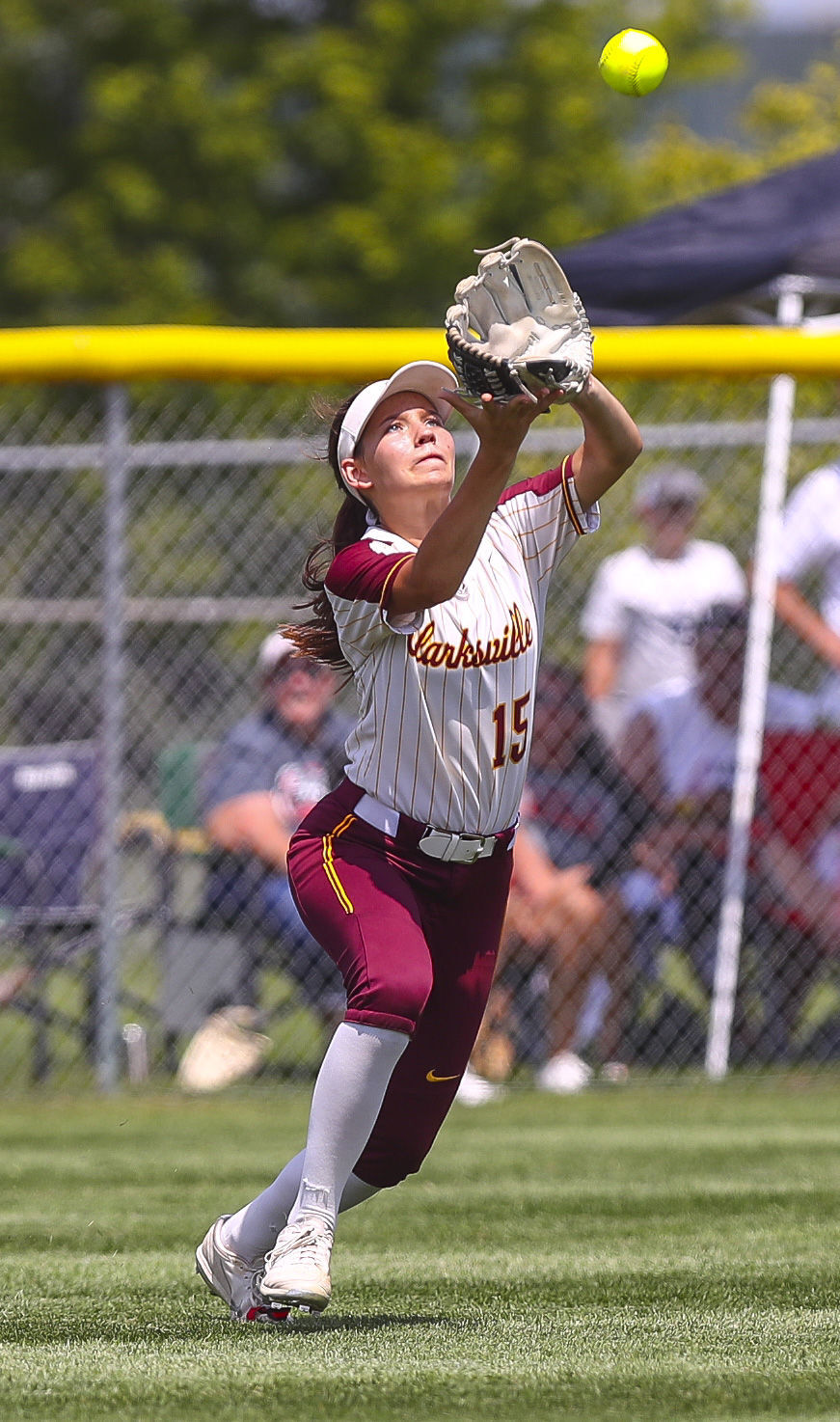 Clarksville freshman Mollie Bloker makes a catch in the outfield against Lisbon on Monday at the state tournament in Fort Dodge.

Sixth-seeded Clarksville fell to 23-5 with the setback. The Indians had played in three of the previous four state championship games, including winning the 1A title in 2020.

“It was a rough one – we were a little jittery the first couple of innings and Lisbon has an excellent team,” Clarksville coach Katie Wedeking said. “We had some errors that definitely hurt us, and some of Sierra’s (Vance) pitches weren’t working, but she led us here and I’m just super proud that they got here.”

The favored Indians beat the Lions 4-0 in their semifinal round game at state last year. But Lisbon dominated in this game as it lasted just five innings because of the 10-run rule.

Down 1-0, the Indians committed a pair of costly errors in the third inning. That led to five unearned runs as the Lions broke the game open.

Clarksville, batting an impressive .370 as a team entering state, had its struggles at the plate Monday. Leadoff batter Cheyenne Behrends walked to start the game but was stranded at first. The Indians were unable to generate much more after that.

Lisbon left-hander Ryleigh Allgood lived up to her name with a superb showing in the circle Monday.

She held the powerful Clarksville lineup without a hit over five innings.

The Indians, ranked 11th in the state entering the postseason, went on the road and knocked off third-ranked Collins-Maxwell in the regional finals.

Clarksville defeated the team they beat in the 2020 state finals just to qualify for state this year.

The Indians will play in a state consolation round game Tuesday to complete their season. Clarksville has just two senior starters, including Behrends.

“We have a very young team – I told our girls that a lot of teams would love to be in our position and be playing in the state tournament,” Wedeking said. “We’ve had a great season. Beating Collins-Maxwell, that was a huge accomplishment. We need to come back (Tuesday) and end on a good note hopefully.”

North Butler falls in 1A

Eighth-seeded North Butler ran into a tough quarterfinal foe in top-ranked Newell-Fonda. The Bearcats kept it close before suffering a 2-0 setback in Class 1A.

North Butler was limited to two hits and dropped to 20-6. Kenzie Groen and Kya Johnson each collected a hit for the Bearcats.

Kierra Jungers pitched a two-hit shutout and struck out nine for Newell-Fonda, who improves to 36-4 and advances to the semifinal round against No. 4 Southeast Warren.

CLARKSVILLE – It’s crazy to think of the Clarksville High School softball team as an underdog.

Clarksville's Cheyenne Behrends having one heck of an encore

One of the heroes on the high-powered Clarksville team that captured a 2020 state softball title, the Minnesota State-Mankato recruit has socked 12 home runs already this summer.

Clarksville headed back to state

COLLINS – Returning state champion Clarksville knew it would have its hands full in the Class 1A Region 7 softball final Monday night.

Clarksville senior Cheyenne Behrends makes contact with a pitch against Lisbon on Monday during the quarterfinal round of the state softball tournament at Rogers Park in Fort Dodge.

Clarksville freshman Mollie Bloker makes a catch in the outfield against Lisbon on Monday at the state tournament in Fort Dodge.