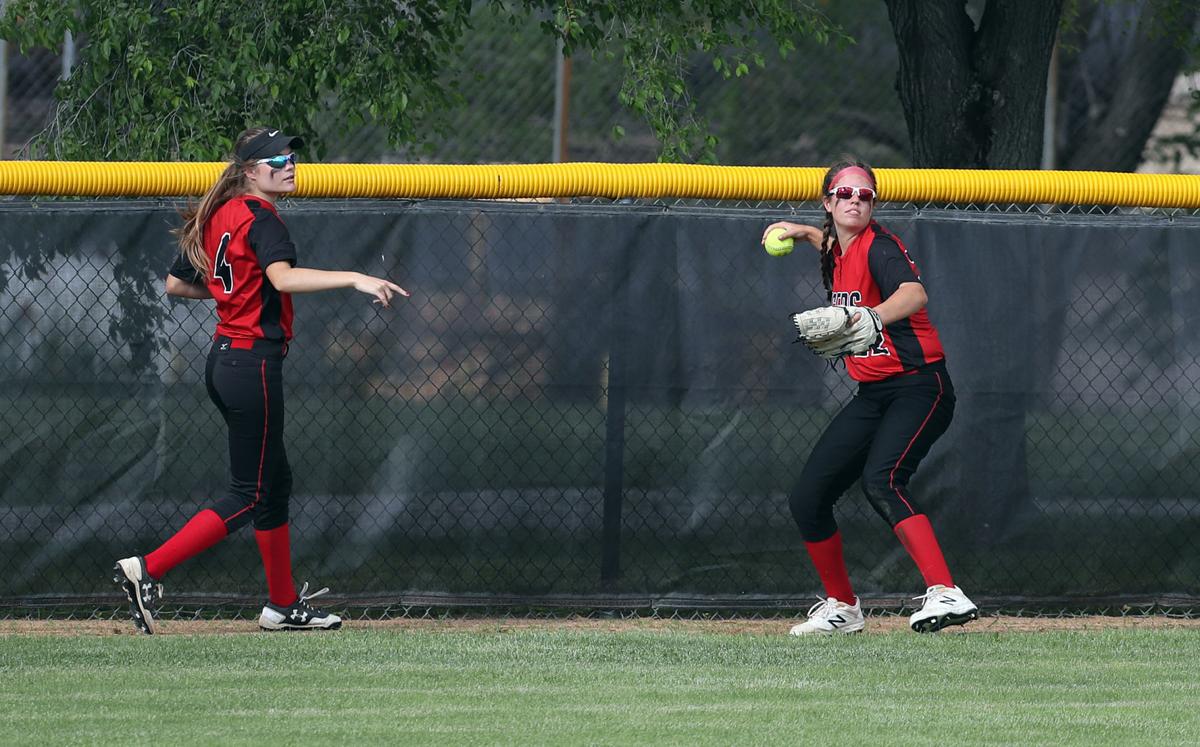 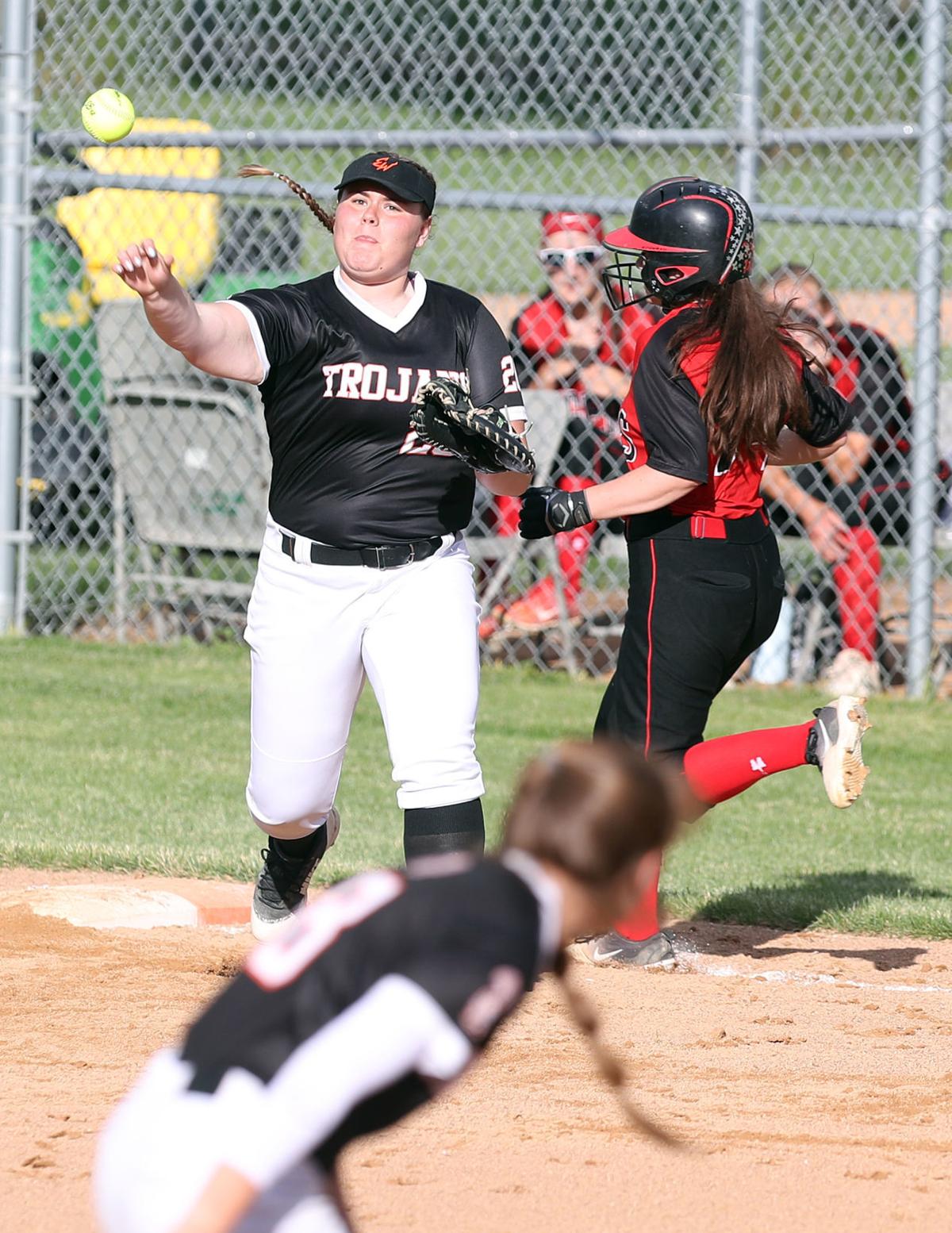 Waterloo East's Josie Stocks makes the out at first base on Cedar Falls' Avery Canfield and throws to third base, trying for a double play Tuesday at East High. The Trojans secured a doubleheader sweep over CF.

WATERLOO—It may not have been perfect for Waterloo East softball coach Chad Adams, but his team’s sweep of Cedar Falls 5-3, 15-5, Tuesday night was close enough.

The Trojans used a very strong pitching performance by Sydney Magnuson in game one to begin the night, then went heavy with the bats in the nightcap as they wrapped out 15 hits and 15 runs to complete the sweep.

“This team has improved with each game and tonight was a much better win against not just a crosstown rival, but a good win in the tough Mississippi Valley Conference,” Adams said. “We still have plenty of work to do to get better, but what has impressed me the most is these girls are learning to play together.

“Tonight they showed that they can play in this tough conference and more important they can win in this conference. These kids have their mind in the right place.”

Magnuson set the tone for her team from the circle in the first game.

After the Tigers had tied the game at 1-1 in the third, Magnuson picked up a huge pop out to end the inning.

The Trojans then gave her breathing room with a four-run third frame. Catcher Addy Grimmett delivered the big blow with a double in the gap that plated two runs for 5-1 lead.

From that point on, Magnuson pitched her way out of a few jams and received plenty of assistance from her defense.

“The big thing for me is putting trust in my defense,” said Magnuson. “Knowing they can make the plays, I just have to stay positive and throw strikes.

“Sometimes in the past we would start to have a bad inning and bad things would happen. This team does not dwell on those bad things and we push each other to always get better. Our defense is our strong point.”

The fielders behind Magnuson overcame an error and walk over the final two innings to preserve the win.

In the late game, East received a solid performance from sophomore hurler Jocelyn Foss, who surrendered just five hits. Three errors led to three runs making the game close for a while.

Holding another 5-3 edge, the Trojans’ bats exploded in the third inning for four runs, then collected six more in the fourth frame.

Josie Stocks was on fire as she went 6-for-7 at the plate and drove in five runs.

“I was seeing the ball pretty well and swinging hard,” Stocks said. “We have so much faith in each other. It doesn’t matter who is up to bat you just feel like they are going to get a hit.

“When I get a hit I just run back to the dugout and give high fives and not say too much. I don’t really talk too much. I guess I let my bat do my talking.”

Stocks was steady at the plate and held her own at first base without any mistakes.

“Our defense can do a little better I think,” added Stocks. “But we are developing so well as a team and it is exciting.”

Things got a little exciting for the visiting Tigers as they were able to battle East close in game one and stay tight in the second before the Trojan bats came to life.

“We just have to put things together and we have to do it fast,” Cedar Falls coach Steve Chidester said. “It is a short season and we have the ability to get it done. We just need to figure it out fast.

“East hit the ball really hard tonight and played a good game. We may have to make some changes to get things right to be successful. We have good kids on this team and they are all hard workers. We’ll get there.”

Waterloo East's Josie Stocks makes the out at first base on Cedar Falls' Avery Canfield and throws to third base, trying for a double play Tuesday at East High. The Trojans secured a doubleheader sweep over CF.