Subscribe
Read Today's E-Edition
Share This
Metro Softball Preview: With ‘mudita’ the key, it is no seniors, no problem for Sailors
0 Comments
Share this
ETHAN PETRIK

Columbus Catholic ended its 2021 softball season in a way the Sailors had not finished in seven seasons.

The Sailors failed to make it to the regional championship for the first time, losing to South Hardin, 9-6, in the regional semifinal.

Despite the different experience, Columbus head coach Chris Olmstead said excitement abounds as the Sailors return a number of contributors from a 28-10 team last season.

“That was a little bit of a different experience for us...exiting early,” Olmstead said. “But, we are returning six of our nine starters from last year. We have zero seniors on this roster. So, the six of the nine starters were all sophomores last year. So this squad is led by a strong contingent of juniors.”

Those juniors, Olmstead noted, created the majority of the ‘offensive vigor’ for a team that finished in the top five in home runs, RBIs, runs, walks and on-base percentage in Class 2A.

“It is not like we cannot score runs,” Olmstead said. “We are looking forward to that offensive production again and I think we are going to get it in a lot of different ways.”

In addition to their strong offensive production, the Sailors return their top two pitchers from last season in juniors Haile Frost and Avery Hogan.

Even with all of the returning talent, Olmstead said he believes his team’s ability to feel “mudita” will determine their success. A Sanskrit word meaning joy derived from others accomplishments for each other, Alabama softball coaching legend Patrick Murphy co-opted the word for use in the sport.

“My message to them is you have got to find a way to build a really good team chemistry,” Olmstead said. “We have really harped on it in the offseason...I really think that is the difference-maker for this team.”

Columbus opens its season with a home contest against Cedar Falls on Monday, May 23 with junior varsity at 5:30 p.m. and varsity to follow.

Excitement got the better of Cedar Falls head softball coach Steve Chidester when he described his team heading into the 2022 season.

“I think this will...and I hate to say stuff like this, but I am going to say it anyway...this is probably our most talented group that we have had in a while,” Chidester said. “I think we ought to be strong throughout and really looking for big things from this group this year.”

Chidester said he is not the only one with excitement or high expectations for the season ahead.

“They want to win the conference,” Chidester said. “They want to qualify for the state tournament. They are lofty goals and I do not think they are unreasonable goals.”

The Tigers return 12 letter winners from a 2021 squad that finished 24-17 overall and 16-14 in the Mississippi Valley Conference.

Among those 12 returning letter winners are seniors Cyrah Rasmussen and Myah Brinker.

Last season, Rasmussen, a Buena Vista commit, led the Tigers with a 5.13 ERA and 109 strikeouts across 105 innings pitched.

Brinker provides power to Tigers batting order as she has led Cedar Falls in home runs each of the last two seasons. Headed to Upper Iowa for track, Brinker recorded a .419 batting average, eight homers and 19 extra-base hits in 2021.

Chidester said he expects his team to possess a balanced presence on the diamond this season.

“I think we are going to be a quick team,” Chidester said. “A team that can put pressure on defenses…We have got a couple girls who have some pretty good power as well. I think we are pretty balanced in that regard.”

The Tigers season begins with a game at Columbus Catholic in a JV-Varsity doubleheader on Monday, May 23.

The story for the Waterloo East Trojans in 2022 will be finding players who can step up and replace the production of four important seniors.

Gone are Jayden Bentley, Addy Grimmett and Sydney Magnuson featured as the top-three hitters in the Trojans’ batting order.

East head coach Chad Adams said those departures made the outlook on the 2022 season unclear.

“This team is kind of a work in progress,” Adams said. “We lost quite a few players last year. I have roughly five, six kids that I know exactly what they are going do.”

As a coach who likes to rely on upperclassmen, Adams said that he will look to senior pitchers Jocelyn Foss and Bailee Nichols to provide a consistent presence in the locker room and in the circle.

“Both have thrown a lot of games for me over the years,” Adams said. “They just get better and better every year and I cannot wait to see what they can do.”

Foss, committed to Triton College in River Grove, Illinois, pitched 112.1 innings for the Trojans in 2021, recording 69 strikeouts and a 4.80 ERA.

In addition to the returners, Adams said the Trojans received a boost from the number of eighth graders that joined the program this season.

“I really had an influx of eighth graders into the program this year,” Adams said. “13 or 14, I cannot remember the exact count…For us, that is pretty huge.”

The Trojans season begins with a doubleheader against Waterloo West on Tuesday, May 24 at 5:30 p.m.

Improvement expected for Wahawks in second season under Dehl

A team that combines athletic youth with a couple experienced returning players, Dehl said he feels the Wahawks will do better than last season’s 7-30 record.

“I expect to do better than last year,” Dehl said. “But, I have not set any true expectations yet.”

“Nia is one that you will hear a lot of,” Dehl said. “She started as an eighth grader. She is one we are looking to take another step forward like she did last year.”

Additionally, the Wahawks coach said he expects shortstop Cecelia Dehl to continue building off a 2021 campaign that showed marked improvement in her game.

“She has been a starter here since she was in eighth grade,” Dehl said. “She took a nice step forward last year. She made honorable mention All-Metro.”

He also mentioned pitchers Jersey Van Erem, Bailey Schoepske and Alyssa Bagby as members of what he hopes will become a formidable rotation.

“We return five kids that pitched in a game last year,” Dehl said. “We are looking for that pitching staff to take that next step forward.”

Dehl said he expects their pitching and increased athleticism to make defense West’s calling card in 2022.

“I think we are going to need to fight for runs,” Dehl said. “Defensively, we should be good…I think will be one of our better suits.”

The Wahawks season begins with a doubleheader against Waterloo East on Tuesday, May 24 at 5:30 p.m. 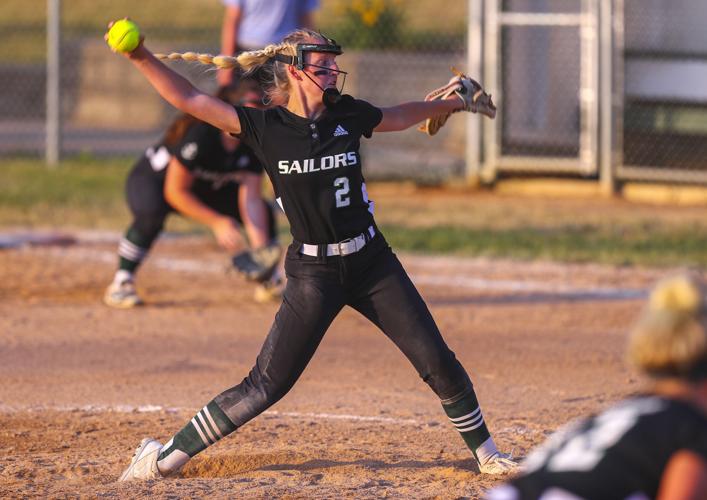 Columbus Catholic's Haile Frost delivers a pitch against Don Bosco last season. Frost will be one of the top hurlers in the metro this season. 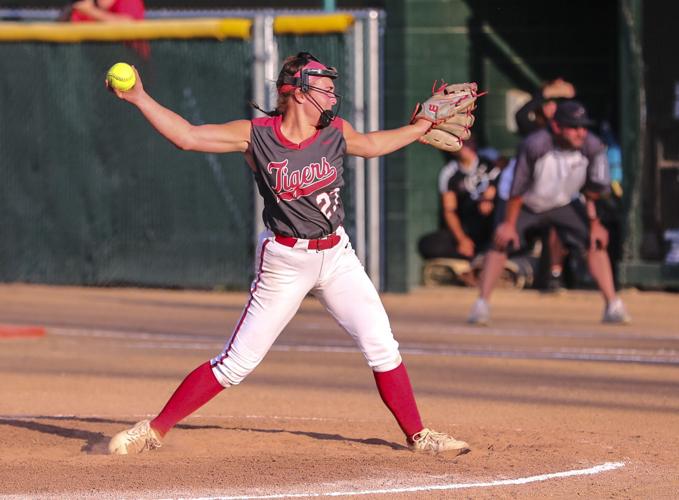