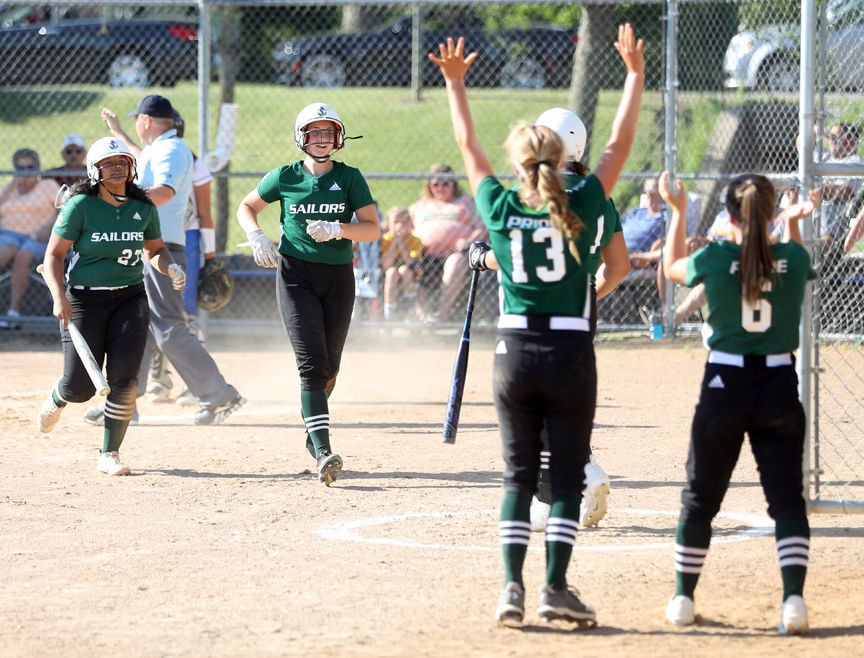 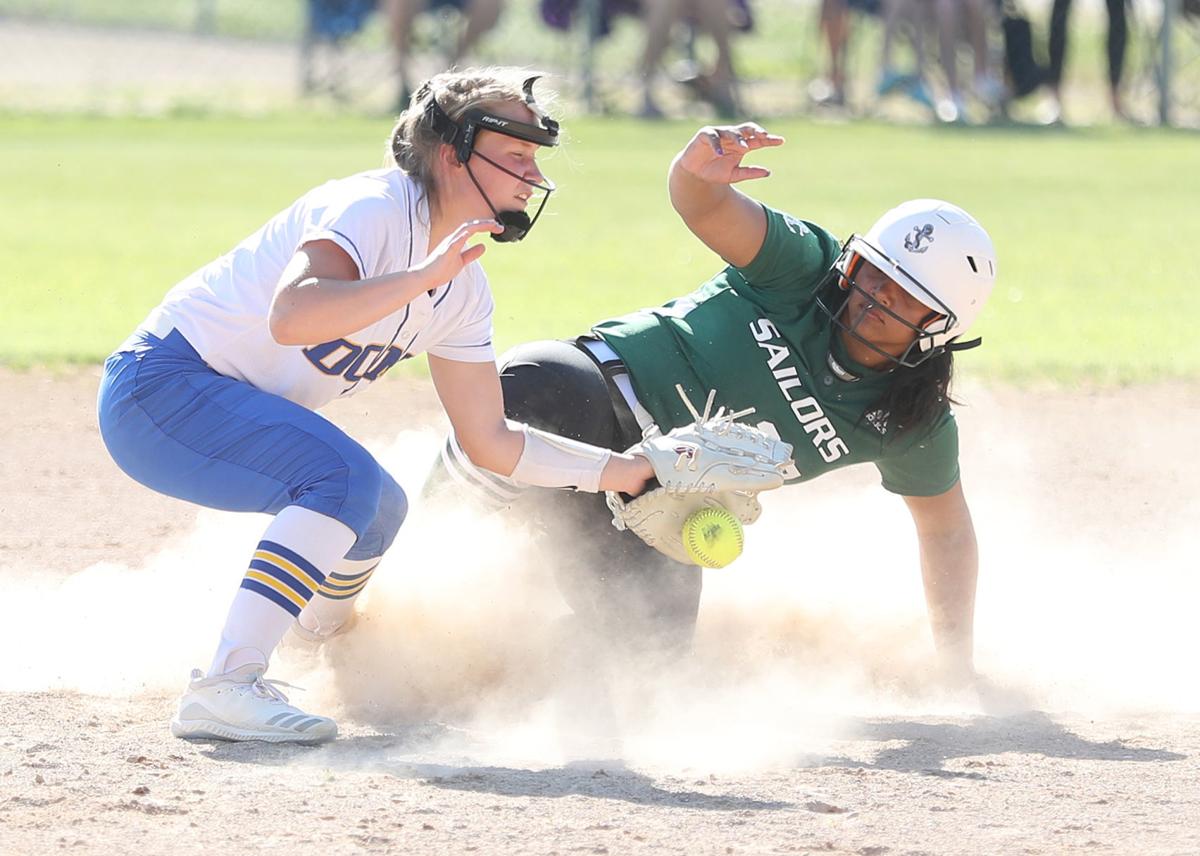 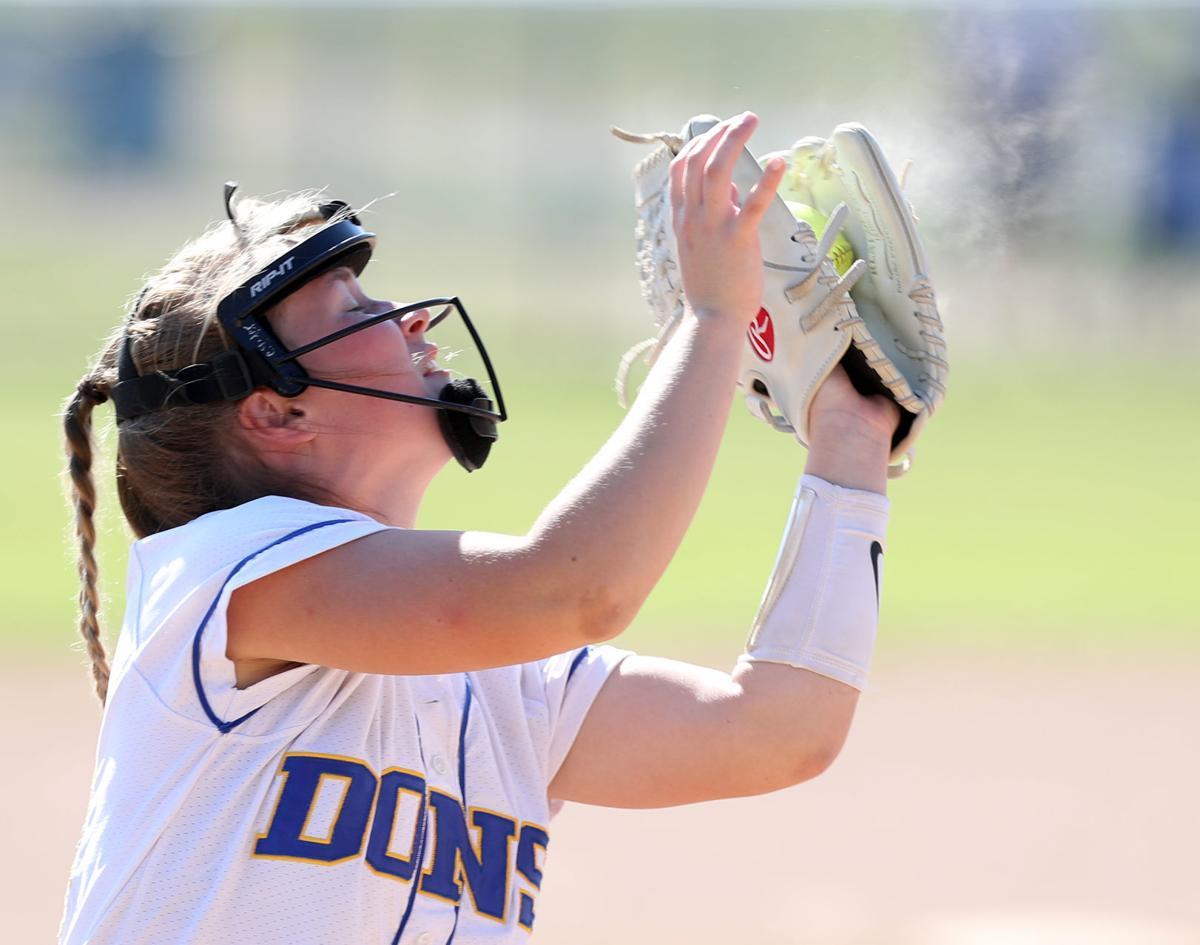 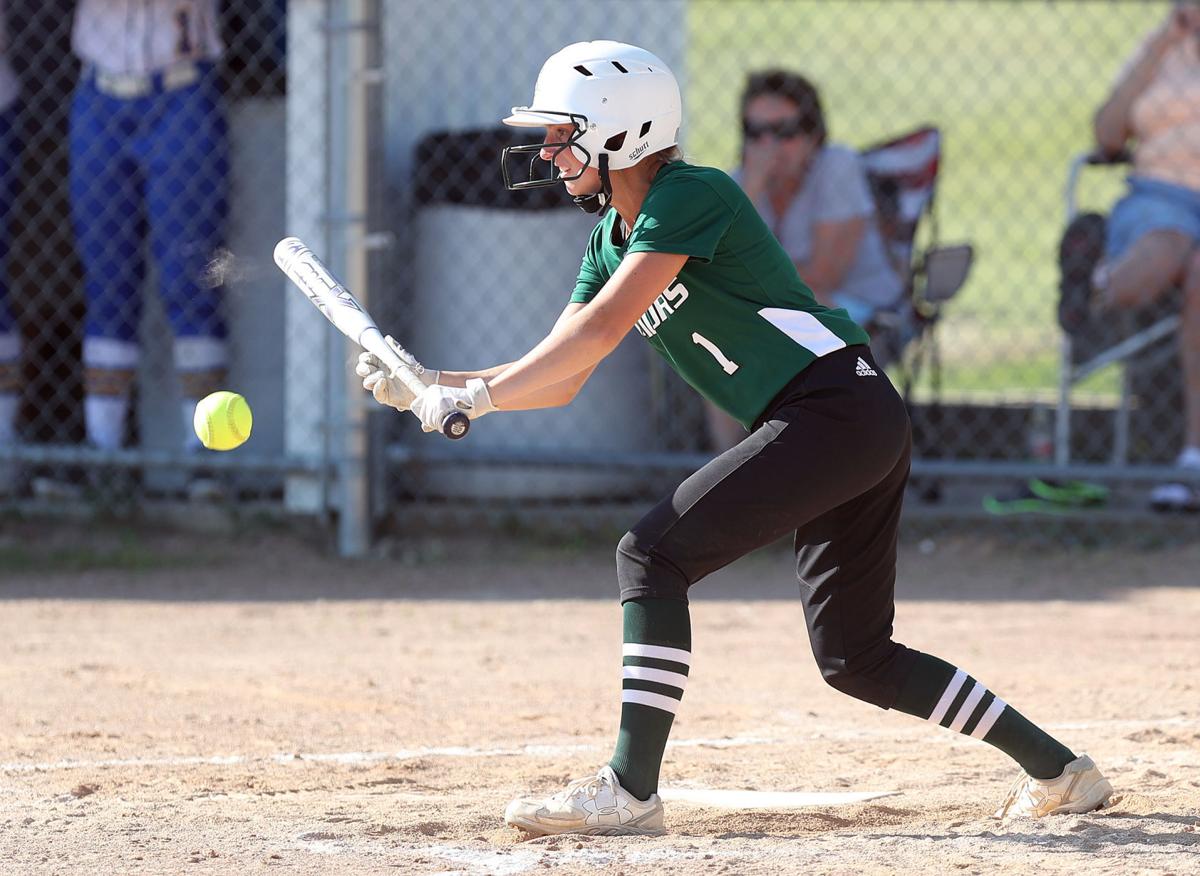 GILBERTVILLE — With the 2020 softball season just getting underway, most teams are still tinkering with their lineups and defensive strategies trying to find the perfect mix.

Chris Olmstead believes there is still a lot of adjustments to be made despite his Waterloo Columbus Sailors beginning the year with a 2-0 mark.

Columbus’ latest victory came on the road Wednesday night in a 6-1 solid performance against the Don Bosco.

“Our lineup is by no means set yet,” Olmstead said. “We are fairly deep at all positions and a lot of that is due to the younger players coming up and fighting to earn their spot. They come in here and push the older girls and that makes everyone better.

“It is such a wonderful environment to have that competitiveness, yet it’s great to hear them cheer for each other even if they are battling for the same spot.”

Freshman pitcher, Haile Frost felt the heat of the competition and threw the heat against the Dons, allowing just two hits through seven innings of work. She faced three batters over the minimum.

“I felt pretty good throwing tonight and my teammates behind me just help make it easier,” said Frost, who transferred to Columbus last season after being on the Dons’ JV squad as an eighth grader. “This is such a good team to play for and a great program.

“I went against Bosco tonight like I would against any other team. There was no animosity at all and I just pitched my game. There is still a lot of things I need to work on to get better, but it feels good to be 2-0.”

Frost owns both victories to start this season. Against Don Bosco she got a lot of help from another young athlete trying to make her mark.

Eighth grader, Morgan Bradley stayed strong behind the plate as the other half of the battery, and went three-for-three at the plate.

Bradley’s second hit of the game came in the fourth frame when she blasted a two-run homer that also scored Emily Mollenhoff who had reached via a single.

“I don’t really think about it much when I bat, I just look for my pitch and swing,” Bradley said. “Each time I swung it felt good and it really helped my confidence with each at bat.

“This whole team has the confidence to make the hits, and anyone here can step in and play solid defense. Our defense is our strong point and we have a lot of good players that can come in at any time and play.”

Bradley’s two-run shot put the Sailors up 3-0 after four innings of play. Reagan Lindsay then answered the bell in the fifth with an RBI single, before scoring on an error.

The Dons made some noise in the sixth, as well, with Caelor Yoder streaming a solo homer to erase the goose egg. Eleven of Don Bosco’s 16 players are sophomores.

“We have a very young team here and the toughest part has been getting to know everyone and where they need to be,” said first year coach Cory Christensen. “We had a short time to get ready and we are really just getting to the basics and fundamentals of the game.

“I have learned so far that these girls will fight for everything and they hit the ball hard. Unfortunately tonight, they hit it hard right at someone.”

Sailors prevail after scoring five runs in the bottom of the seventh.