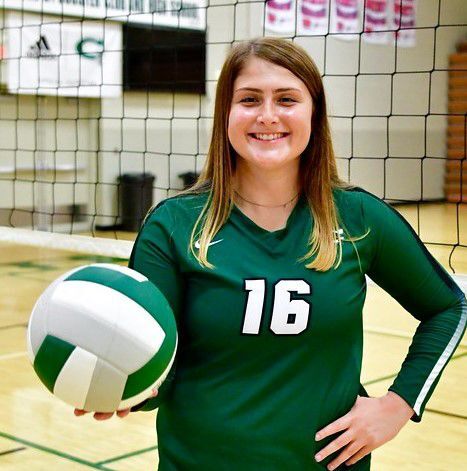 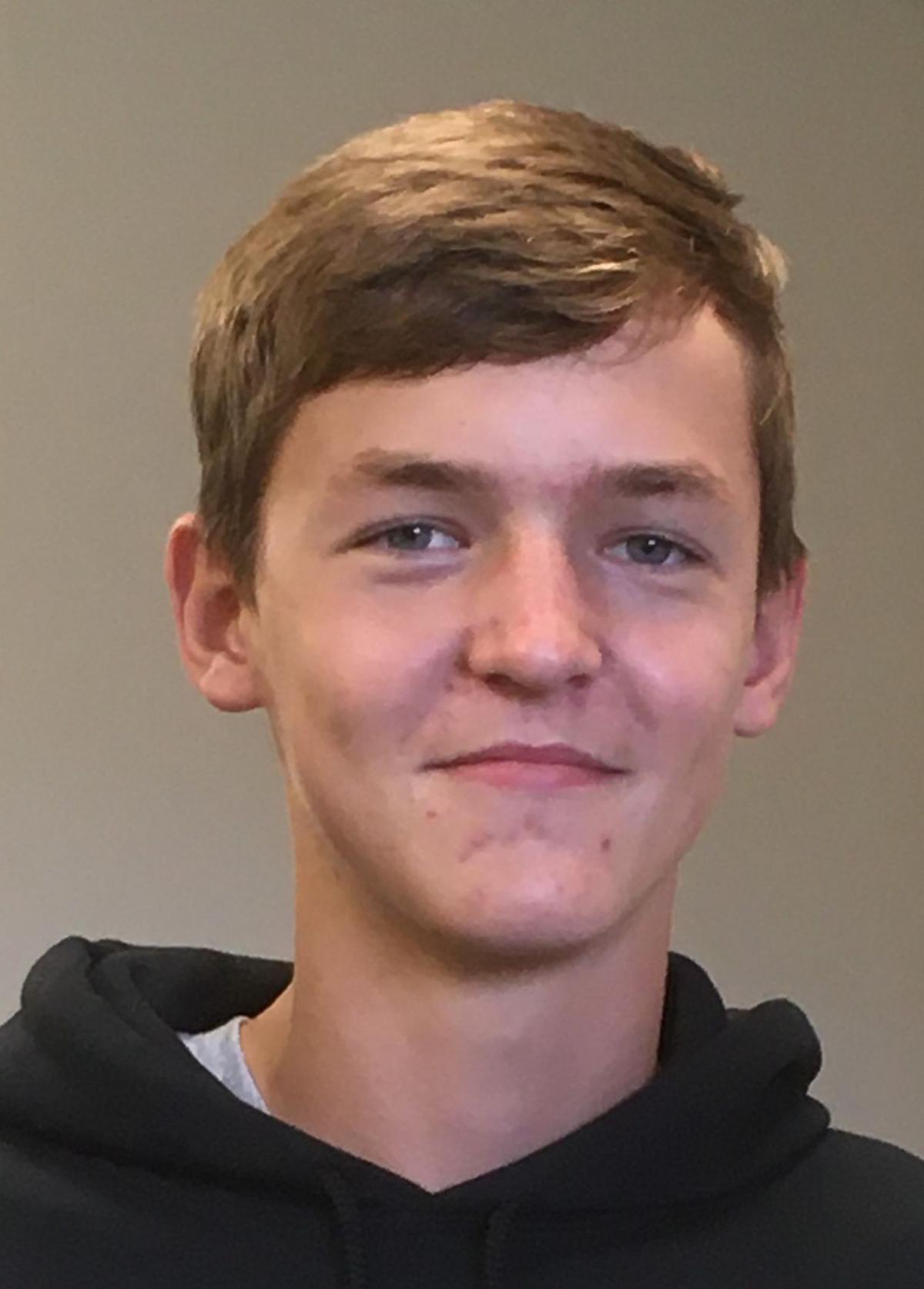 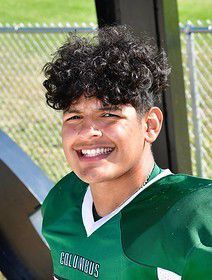 Pariseau’s No. 23 jersey was all over the field as Janesville improved to 4-1 Friday with a 54-18 win over Tripoli. He carried the ball 34 times for 298 yards, six touchdowns and two two-point conversions. Pariseau also recorded an interception, forced a fumble, tallied seven tackles and booted five touchbacks with two made PATs. Over a four-game stretch, he’s rushed for 807 yards and 13 touchdowns. “A leader in the weight room and on the field, Carson has all the respect from his teammates,” Janesville coach Dale Eastman noted. “He runs the ball hard on every play and gives all the credit to his line.”

Extra work has produced results for the Chickasaws’ junior. Usher entered this week with top three efforts in all four of his team’s meets. He has his sights set on a trip to state. “Dylan truly put some miles on his shoes this summer and is now reaping the rewards of his dedication and work ethic,” New Hampton coach Jamie Ohrt noted. “Every practice Dylan is asking to run extra because he truly believes in Jerry Rice’s philosophy, ‘Today I will do what others won’t, so tomorrow I can do what others can’t.’” Usher is an honor roll student also active in wrestling and track.

A second-year starter, Fitzgerald has helped Class 1A’s No. 2 Janesville compile a 19-2 record. The middle hitter tallied 25 kills on .345 hitting in three matches Saturday at Cedar Falls. Fitzgerald added 15 kills during triangular wins over No. 1-ranked Wapsie Valley and New Hampton earlier in the week. “At only 5-foot-6, Marra does a great job for us as a middle blocker, going up against some very strong hitters who are much taller,” Janesville coach Shelly Sorensen noted. “She works hard in transition to make herself available and does a great job of slowing down opponents by getting good touches on the block.” The honor student is also active in track and the school musical.

Phenomenal is the word coach Shelby Schnurstein used to describe Vesely’s most recent conference matches. She tallied 19 kills and four blocks during a Tuesday NICL East triangular split with ranked opponents Jesup and Union. The Sailors’ senior has recorded 37 blocks on the season. “Ali has been a great leader on and off the court this year,” Schnurstein noted. “She has been able to adjust to challenges thrown at her and is great at reading the other team.” Vesely is also active in basketball, soccer and several academic organizations.

Natvig has followed a trip to state as a sophomore by taking another step forward this season. The Crusaders’ standout captured his first career championship last Tuesday at the Nashua-Plainfield Invite, leading Valley Lutheran to its first regular season team victory. Natvig set a personal record time of 17:53 and placed sixth in the A-Division race during his season opener at the four-class Rich Engel Invite. “Getting to the state meet last year and knowing he would be our fastest runner motivated Isaac to take his summer running seriously,” Valley Lutheran coach Lucas Tanney noted. “He is currently reaping the benefits of all of that hard work.”

Bobeldyk is currently knocking on the door to automatic state qualifying times in the 200 and 500-yard freestyle. She most recently placed second in both events and was part of a runner-up 400 freestyle relay against a strong field at Fort Dodge’s Gary Winkler Invite. Coach Chelsea Szczyrbak points out that Bobeldyk’s offseason work and preparation for practice and competition has made a difference. “Grace is another junior who has really stepped into the upperclassman position and thrived in her leadership role,” Szczyrbak noted. “She leads with passion for the sport along with encouragement of her teammates to be successful.”

Leohr’s play on the offensive and defensive lines was a big part of Dike-New Hartford’s 35-13 win over South Hardin. The Wolverines’ lone returning offensive line starter helped pave the way for Drew Larsen’s 324 yards rushing while also making an impact at defensive tackle as Dike-New Hartford improved to 3-2. “Jacob is a very hard worker who sets a great example for our team,” D-NH coach Don Betts noted. “He has done a tremendous job mentoring and leading our young offensive line throughout the season.” Leohr is a team captain who also participates in wrestling.

Nunez has been a key part of the offensive and defensive lines the past two seasons, starting at guard and defensive end for the 4-1 Sailors. The senior has been part of a defense that has held its opposition to one touchdown through five games, yielding an average of 92 yards on the ground. He has also helped pave the way for a Columbus ground attack averaging nearly 7 yards a carry. “Andy is a kid who has made tremendous progress in his time at Columbus,” Columbus coach Brad Schmit said. “He has worked extremely hard and we could not be more proud of where he is at. He is a tough kid that is going to give you maximum effort every time he steps on the field.” 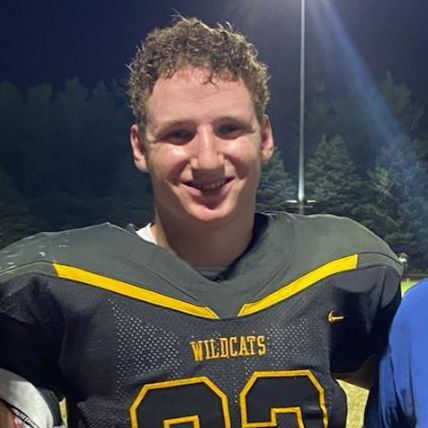 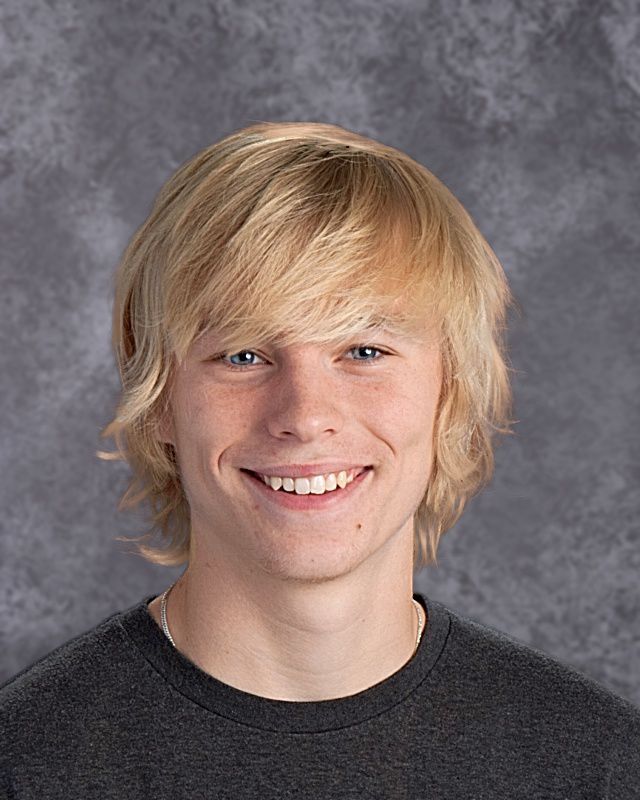 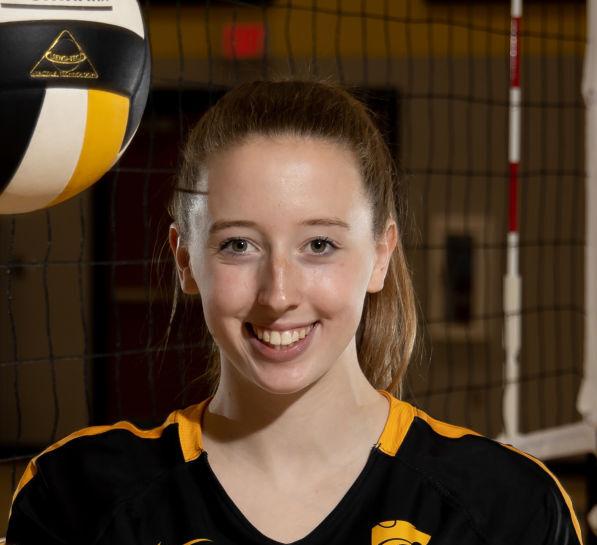 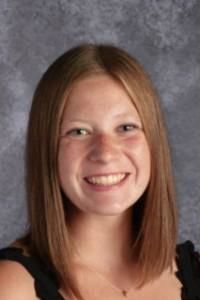 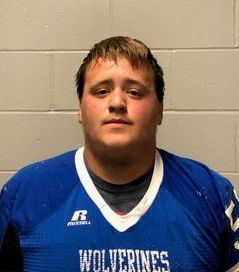