Preps to watch: Sept. 16
0 comments
Share this
Return to homepage × 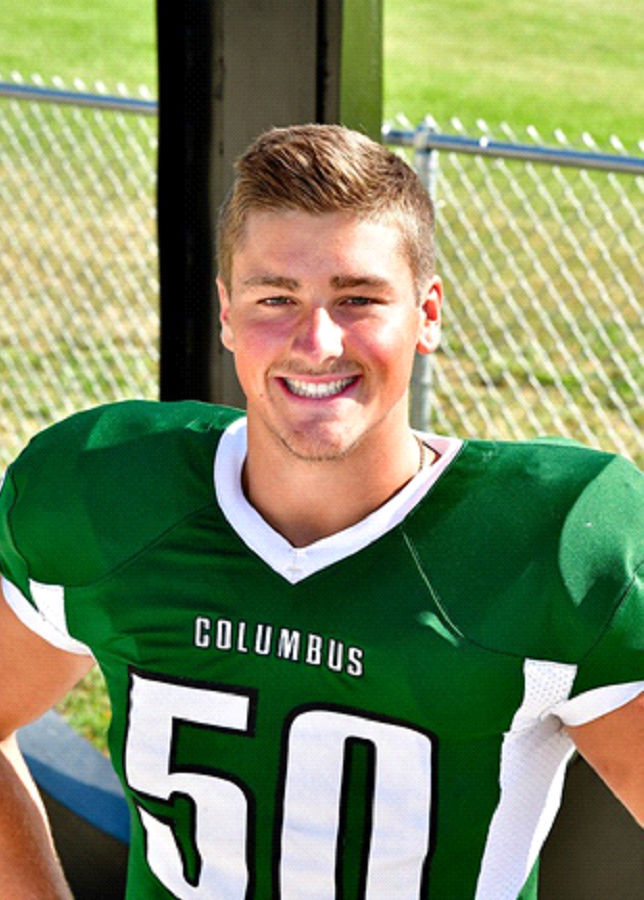 The 5-foot-11, 205-pound guard helped pave the way for a Sailor rushing attack that accumulated 308 rushing yards in a 34-6 win over Osage Friday. Buser has also been two-year starter at linebacker, helping lead a unit that has allowed just seven points this fall. “Alex is a kid who has worked extremely hard in his time here,” Columbus coach Brad Schmit said. “He is one of the most selfless guys that we have had the opportunity to coach. He has all the traits you need to be a great leader.” Buser is an honor roll student who also wrestles and is active in community service.

A South Dakota commit, Beckett leads the entire state with 220 kills. A two-year starter for the Go-Hawks, the outside hitter has helped WSR to a 14-5 record. “Avery has a passion for the game of volleyball and continues to work hard in and out of season to improve her volleyball skills,” WSR head coach EaVon Woodin said. “She sees the court well and has a variety of different shots to make her successful.” An honor student, Beckett has been involved with numerous other activities at WSR, including softball.

Kimball posted the best 11-dive score in the state Saturday in a Waterloo Swim dual meet against Decorah when she accumulated 487.95 points. It was the first 11-dive competition of the season for Kimball, who took third in the state last fall. She is undefeated  in four competitions with her first three wins coming in six-dive meets. “She has been very solid,” Waterloo Swim coach Jeff Kamp said. “Every year she has increased the degree of difficulty with her dives and she’s just going out and doing what we expect her to do, win. She’s on top of her game right now.”  Kimball, an honor student, also competes in track and field.

Coming of an ACL injury that saw his freshmen season limited to one game, Newsom exploded Friday for 244 yards and two touchdowns on 18 carries in a win over Waterloo East. The younger brother of Nebraska football player, Mosai Newsom, Newsom now has 308 rushing yards and three scores this season. “He has good vision, athletic ability and breakaway speed,” Go-Hawk head coach Mark Hubbard said. “You can see his involvement in track and field. He probably would’ve been a varsity player last year as a freshman if not for his ACL injury.” Newsom, an honor student, will play basketball and run track this year.

In a 54-16 win over North Iowa, Dodd was 12 of 13 for 186 yards and two touchdowns, and he also had rushing touchdowns of 48 and 12 for the Wildcats. The second-year starter has now thrown for 467 yards and six scores while also rushing for 197 yards and four touchdowns for 2-1 Janesville. “You definitely can tell he has nine games, now 12, as a starter under his belt,” Janesville coach Dale Eastman said. “The game has slowed down a bit. He is a great leader on the field. He had big shoes to fill coming in after his older brother Noah did such a great job for us a few years back, but he has done a great job.” Dodd, a team captain, also plays basketball and baseball, runs track and is an honor student.

A member of last year's state tournament qualifying team, Sawyer shot his low 18-hole round of the season Monday, a 73, to finish second in a Mississippi Valley Conference divisional meet at Pheasant Ridge. He has a low nine-hole round of 35, shot at the Meadows in Dubuque, and has a 37.9 nine hole average which leads the Tigers. "He has the demeanor of a seasoned pro," Cedar Falls head coach Kenton Engels said. "Golf competition does not phase him. He knows his game really well and is not worried about what is going on around him but rather just being his best that day." Sawyer is an honor student.

The 6-foot-1 outside hitter has been a four-year starter for the Green Devils and is saving some of her best play for her final season. Last week, Johnson recorded her 1,000th career kill in helping Osage have an impressive week. The Green Devils beat four top-ten opponents, No. 1 Cedar Falls (5A) Waverly-Shell Rock (No. 9 in 4A), Clarion-Goldfield-Dows (No.3 in 2A) and No. 2 Dike-New Hartford (2A). "She is a very smart player with an excellent shot selection," Osage head coach Bryan Tabbert said. "She's a team captain. She's diligent in the weight room and can see those results with the power she's had on the court this season." A starter on the Green Devils' state runner-up basketball team last March, Johnson, a member of the National Honor Society and Student Council, is also the reigning Top of Iowa Conference girls' golf champion. 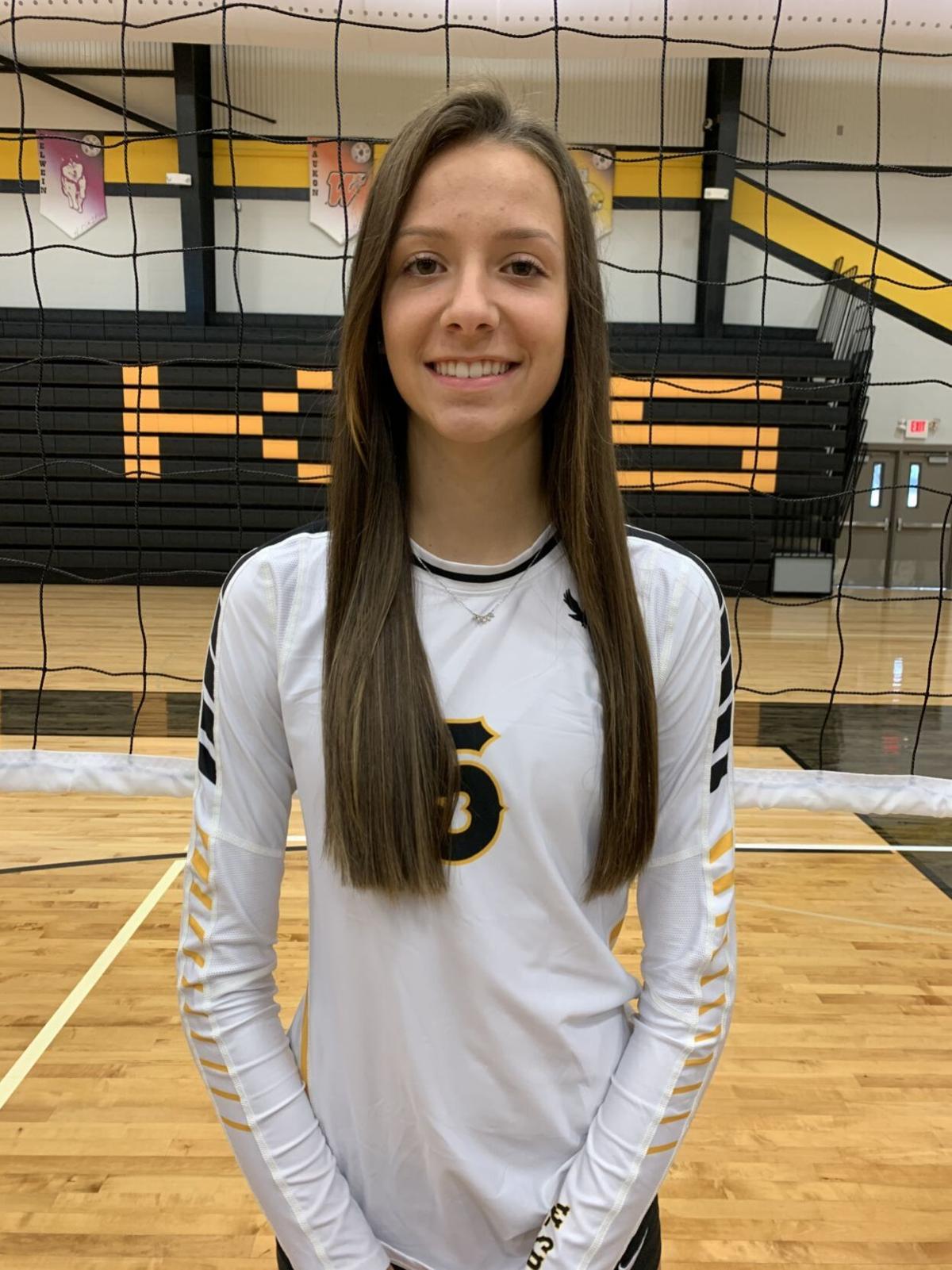 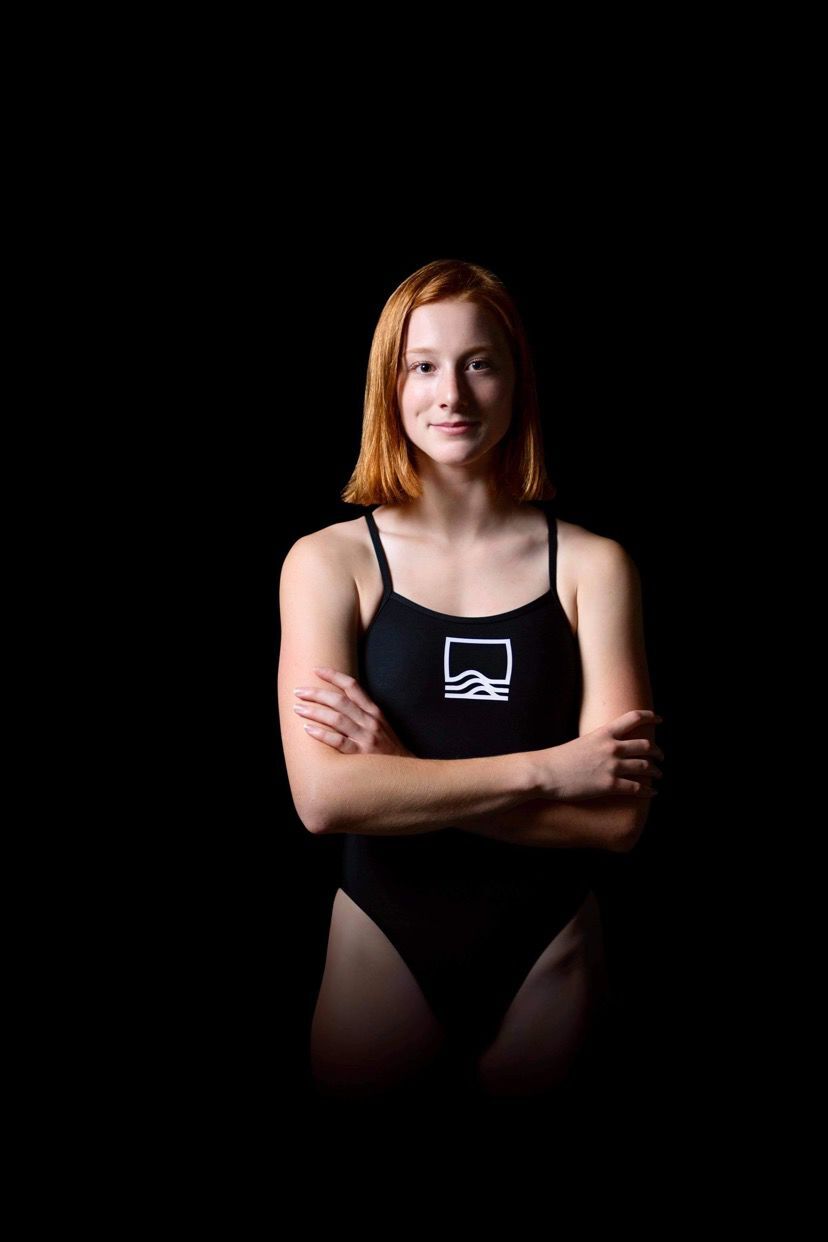 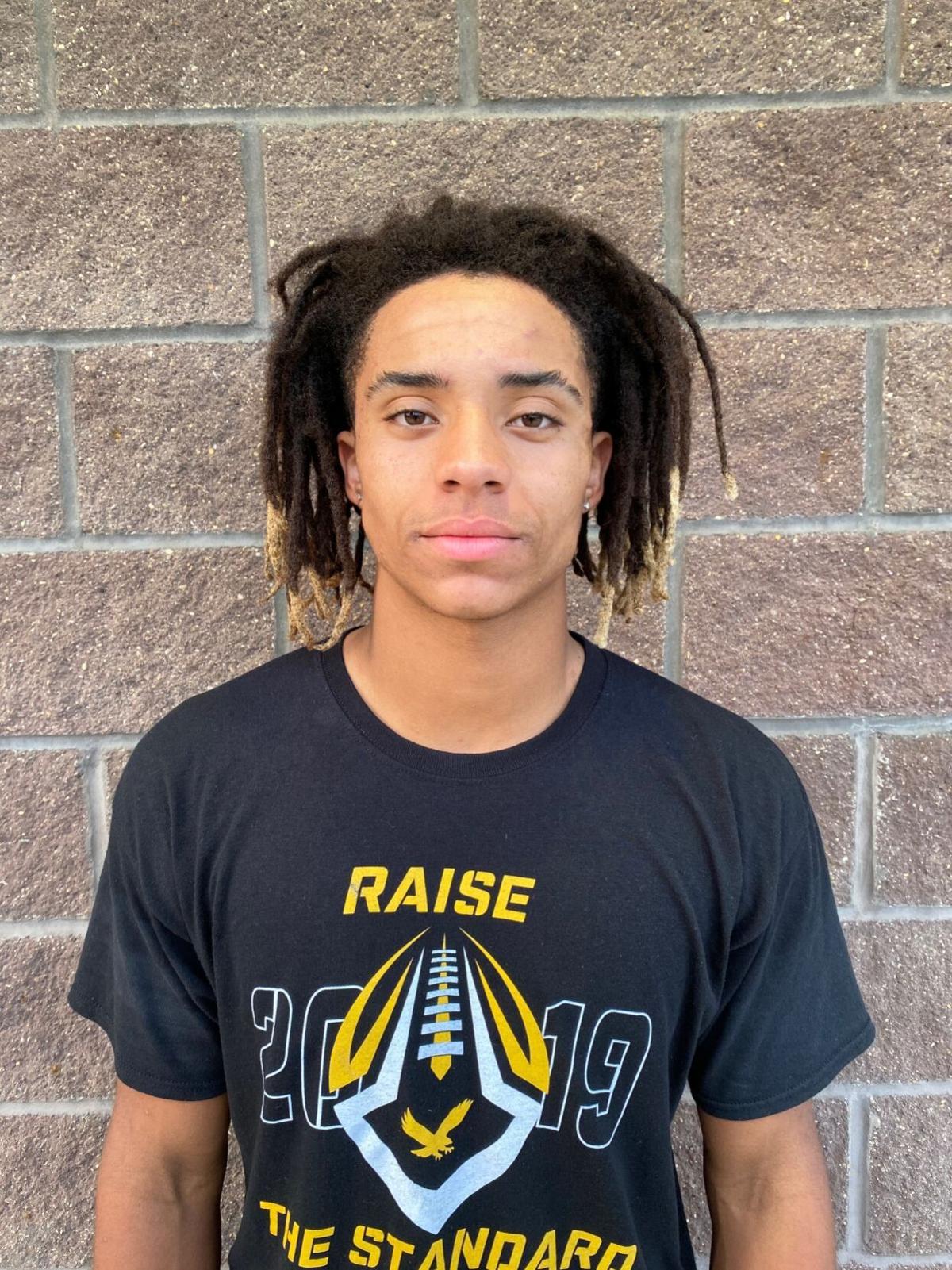 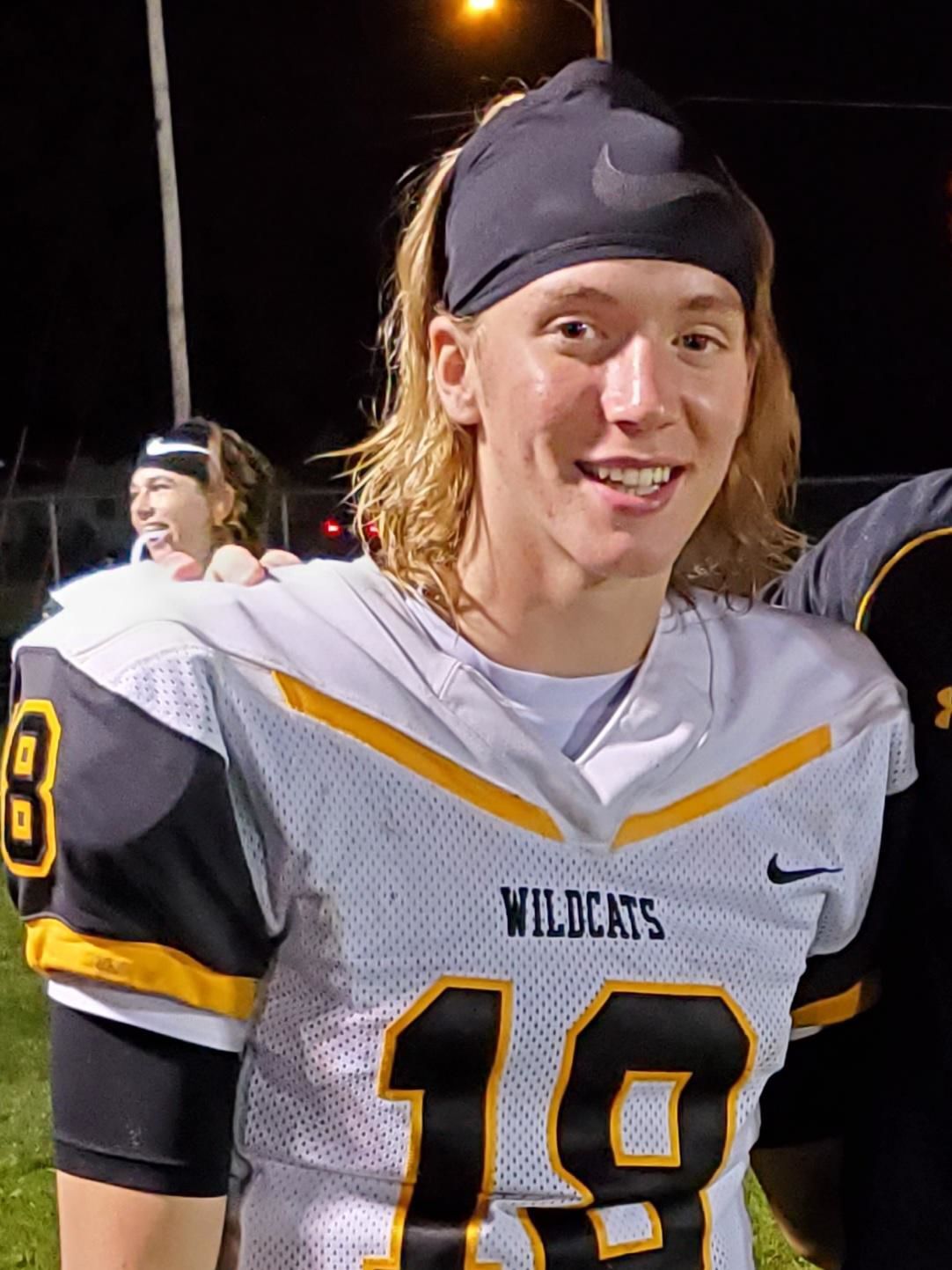 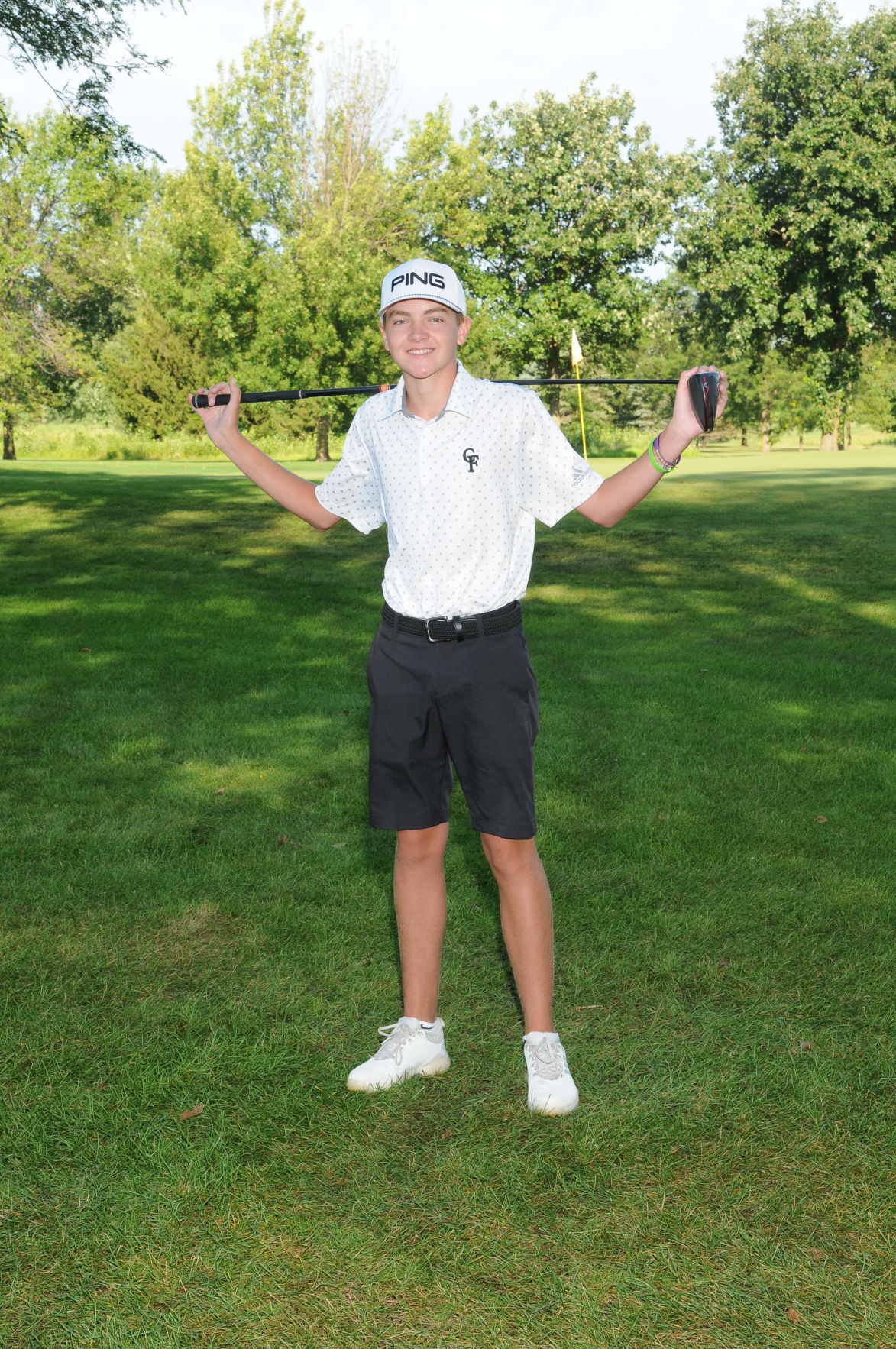 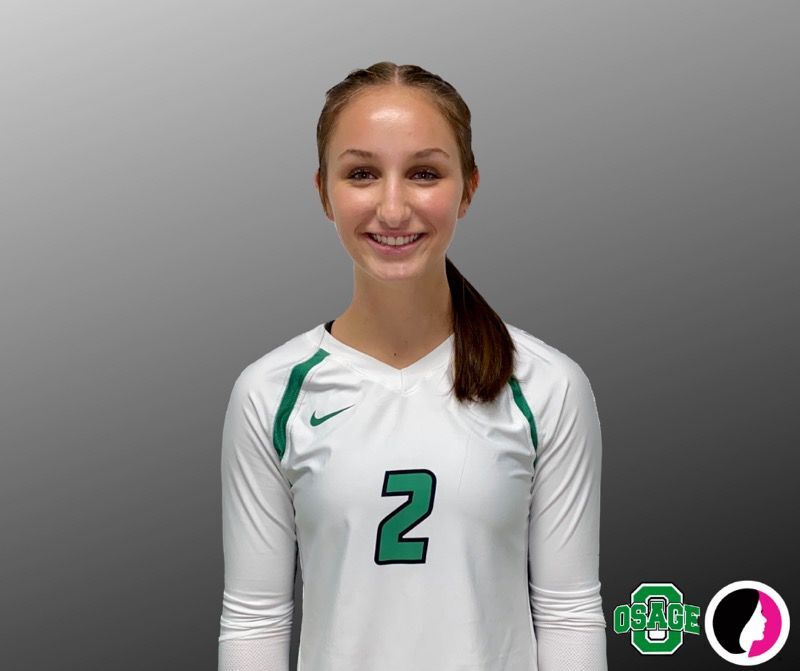