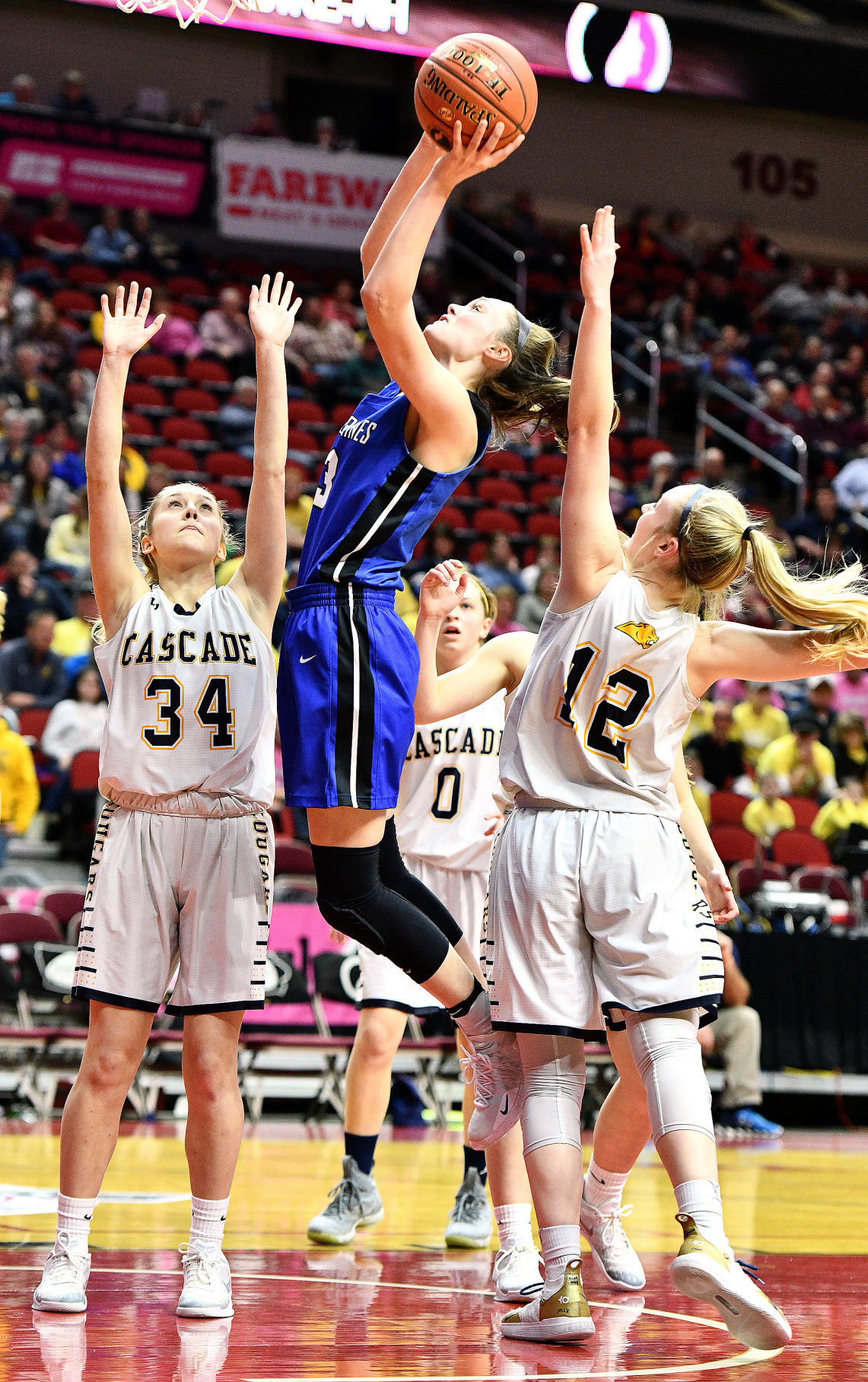 DIKE — Ellie Foster has no idea how many times she has asked.

Every day for the past three summers, Foster has called one of her coaches to get inside the Dike-New Hartford gymnasium to work on her basketball game. Every time Wolverines head coach Bruce Dall or one of his assistants has met her outside the doors, she has reminded them how much easier it would be if she had her own key.

“I can’t,” Foster says with a laugh when asked to guess how many times she’s asked for her own key. “Too many times.”

The Wisconsin-Green Bay signee has been one of the top point guards in the state the past two seasons and has been a primary catalyst during Dike-New Hartford’s back-to-back state tournament runs her sophomore and junior seasons.

The four-year starter is 157 points short of the program career scoring record of 1,080 (held by Kim Floss), but she never feels like her game is complete. Therefore, she tirelessly and relentlessly seeks gym time.

“There is always something I can work on,” Foster said. “I know there are players out there that can do things better than I can so it is about not getting a big head and always knowing there is more work I can do.”

Foster is averaging 25.7 points per game for Class 3A’s third-ranked Dike-New Hartford (2-1), whose lone loss is to seventh-ranked Crestwood (64-58). Last Friday and Saturday, Foster poured in 28 in a win against Sumner-Fredericksburg and then 29 against Crestwood as she tried to lead the Wolverines back from a double-digit deficit in the fourth quarter.

“The loss the other night, we will learn more from that game than what we lost,” Foster said. “It was a tough game. We got behind early. If we get in a situation like that again we will know how to handle that better.”

Dall also laughs about Foster’s frequent requests for a key.

During his long career, Dall has entered most seasons with one big question — does he have somebody who can get the ball up the court? For the past four years and counting, he hasn’t had to worry about that. He calls Foster an unselfish player who thinks of her teammates first. This year, however, he has asked the 5-foot-10 Foster to be a little more selfish.

“I challenged her to be more assertive, early,” Dall said. “In the past she has waited until the second half, and now I want her to try to score more at the beginning of games. It is a little out of her comfort zone to try to do that.”

Foster says being more assertive is something she needs to be willing to do.

“It’s my senior year,” Foster said. “I need to really step up and be a leader, no doubt. If I score early that helps the tempo of the entire game.”

With that being said, Dall and Foster say the Wolverines play at their best when Foster is doing what she does best whether that is scoring or facilitating opportunities for her teammates.

“She missed the first part of last year with a back injury and we played her sparingly,” Dall said. “We were a different team without her. She just knows how to distribute the ball very well and she naturally wants to look out for her teammates first.”

“They’ve got a really good program,” Foster said. “As I got to know them more it was really easy to talk and relate to them and it felt more like a family than a business and that really separated them from other schools. That was a big key.”

Dane Fuller had a big night to lead Dike-New Hartford past Wapsie in boys' basketball Tuesday. 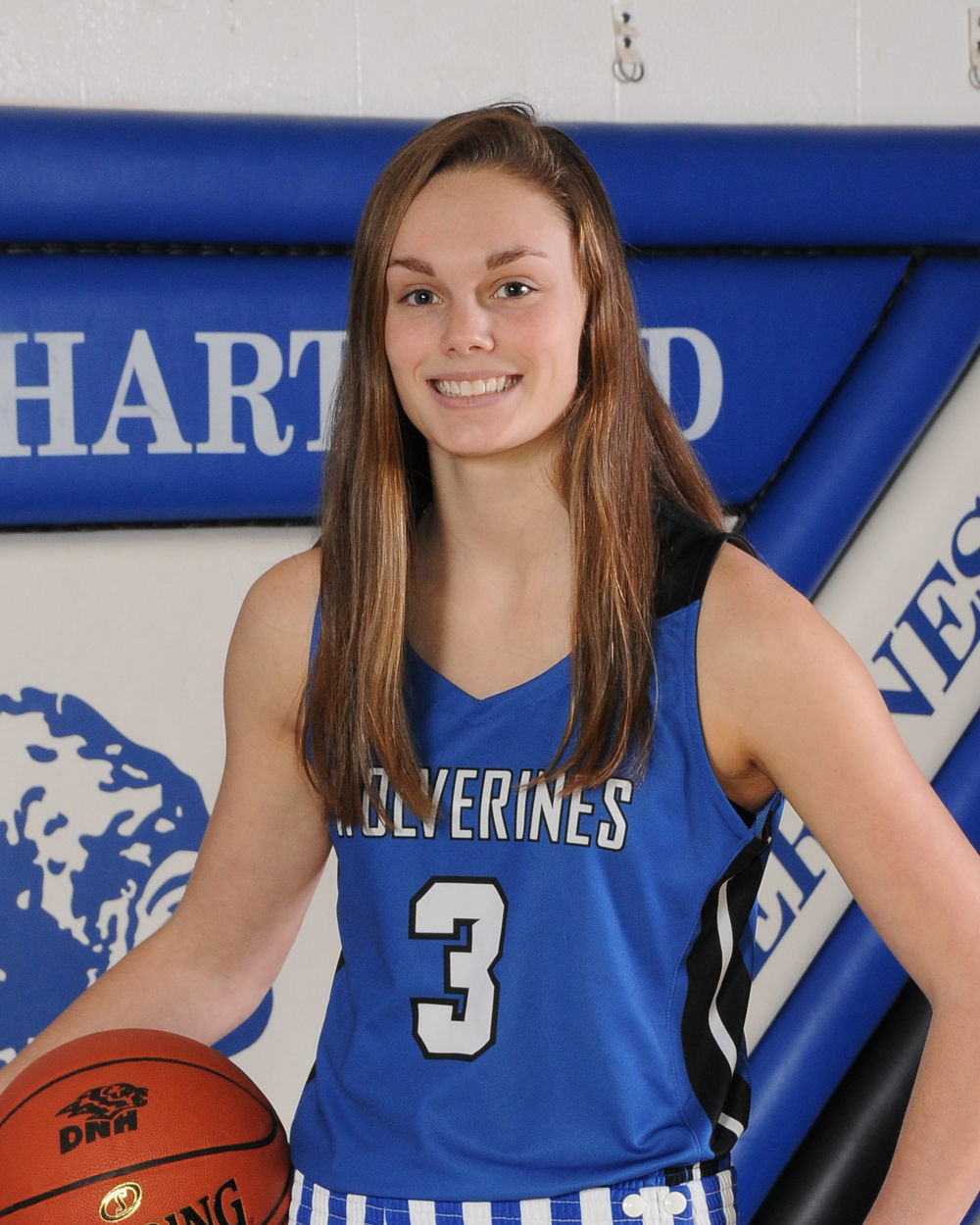