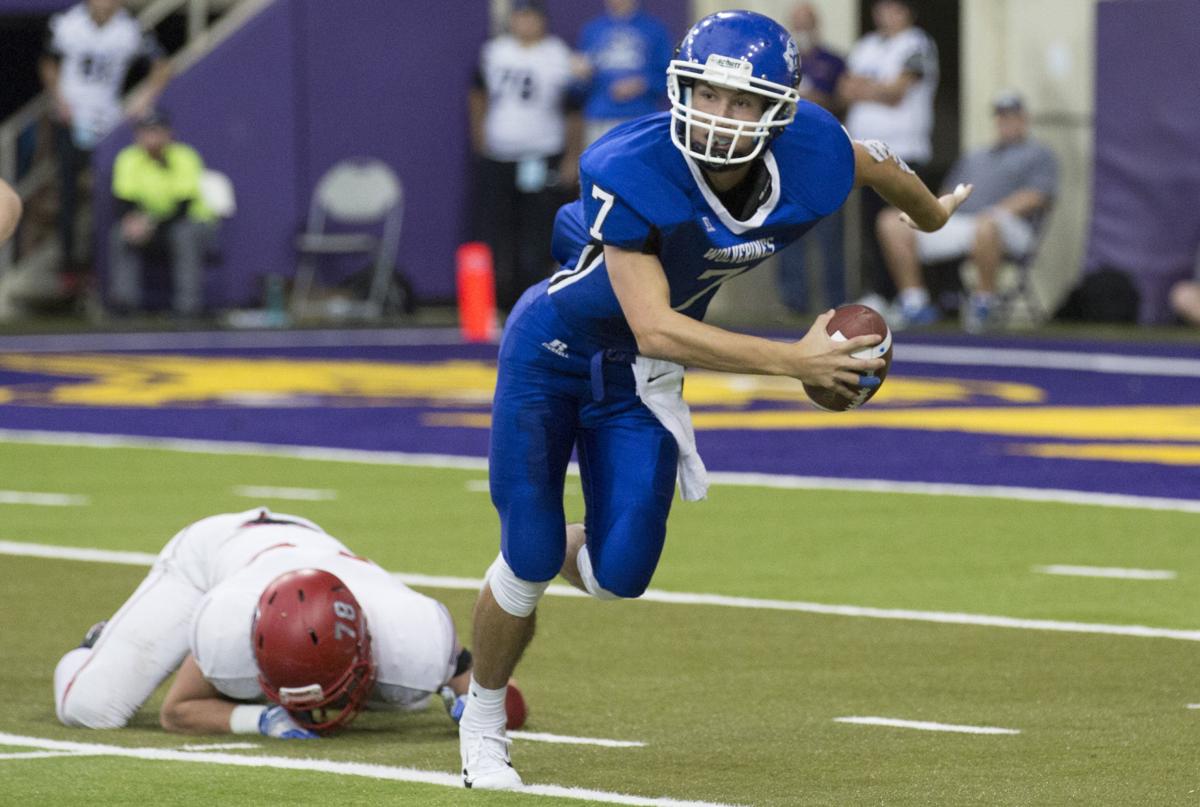 Now Dike-New Hartford’s third-year starting quarterback, Sonnenberg had little idea back then he’d still be throwing to many of those familiar targets on Friday nights as a difference-maker within one of the state’s most talented teams.

“Growing up your whole life, you’re having fun with them and then you finally get to go out and play on Friday night,” Sonnenberg said. “I think that connection really helps.”

A 6-foot-2, four-sport athlete with a strong arm, leadership skills and an ability to anticipate opposing defenses, Sonnenberg has been the most efficient passer in the state through the first five weeks of his senior season. He’s completed 50 of 65 throws (76.9 percent) for 920 yards and 15 touchdowns versus two interceptions.

On Friday, Sonnenberg threw for 229 yards and four touchdowns during a convincing, 62-14 home win over North Linn in a battle of undefeated schools.

“It’s pretty easy on me right now,” Sonnenberg said. “The guys are catching the ball and I don’t have to put it on the money, they’ll go get it. It’s just making this year really simple.”

The quarterback of Class 1A’s No. 2-ranked Wolverines says his passion for the game of football comes from family. His grandfather, Albert “Big Al” Sonnenberg, was an offensive lineman and fullback who competed for UNI and Iowa and played on the Hawkeyes’ 1959 Rose Bowl championship team coached by Forest Evashevski.

Al Sonnenberg went on to serve as a longtime prep football coach at Central Lee, coaching Drew’s dad, Kevin. Prior to his grandfather passing away in the spring of 2018, Drew says he learned lessons that carried into his own leadership approach.

“He’d always come to the game and he’d talk to me afterwards,” Drew Sonnenberg recalls. “He’d never criticize me, he’d always make sure I was having fun playing the game I love. I kind of take that as my role, to make sure everyone is having fun.”

D-NH’s veteran head coach Don Betts has been impressed with the manner in which Sonnenberg has helped support members of an offensive line that entered this season inexperienced and rose to the challenge Friday against North Linn.

“He’s a great leader for us because he’s able to bring guys together and build those team bonds,” Betts said. “Where we’ve seen the biggest growth on this team is the offensive line. We’re not where we want to be, but we’re getting better and better.

“Drew is a big part of why we’ve embraced that challenge. Drew is bringing them along and encouraging them and helping them, using the experience that he’s gained at quarterback over the last couple of years.”

Similar to his ability to read and dissect defenses from the quarterback position, Betts points out that Sonnenberg has been a leader as a safety on defense — identifying formations and making the correct coverage adjustments.

“Safety and quarterback have a lot of the same responsibilities,” Sonnenberg said. “ You’ve got to see everything, communicate everything. I think being a safety this year helped me more than last year being on the sidelines. I feel like I’m more into the game.”

As Dike-New Hartford grew from a 6-4 2017 campaign into a 12-1 run into last year’s title game, Betts saw Sonnenberg make rapid gains during the playoffs. Running back Cade Bennett and big-play receiver Parker Kiewiet have returned as key playmakers from that team that was defeated by Iowa State quarterback recruit Hunter Dekkers of West Sioux in the championship, 52-38.

“I think that experience has helped this year’s team a lot,” Sonnenberg said. “We know we’re up there and we’re going to try to compete again and hopefully get that opportunity back.”

With big goals in sight, D-NH’s veteran quarterback, however, is not ready to hit the fast forward button on this season.

“It would be really easy to want to be in the dome playing right now, but as a senior I don’t want that to happen,” Sonnenberg said. “I want to take it one practice, one game at a time. Focusing on our opponent and bettering ourselves each week, I think that’s how we get that level of play where we need to be.”

College football: UNI will be without top two tight ends against Youngstown

At the beginning of the season Northern Iowa head coach Mark Farley felt he had the best tight end in the country in all-American Briley Moore.

Cedar Rapids Xavier was no match for Cedar Falls Tuesday in a battle of No. 1-ranked volleyball teams.

Two of the top Class A football teams in the state tangle Friday when North Tama visits Grundy Center. 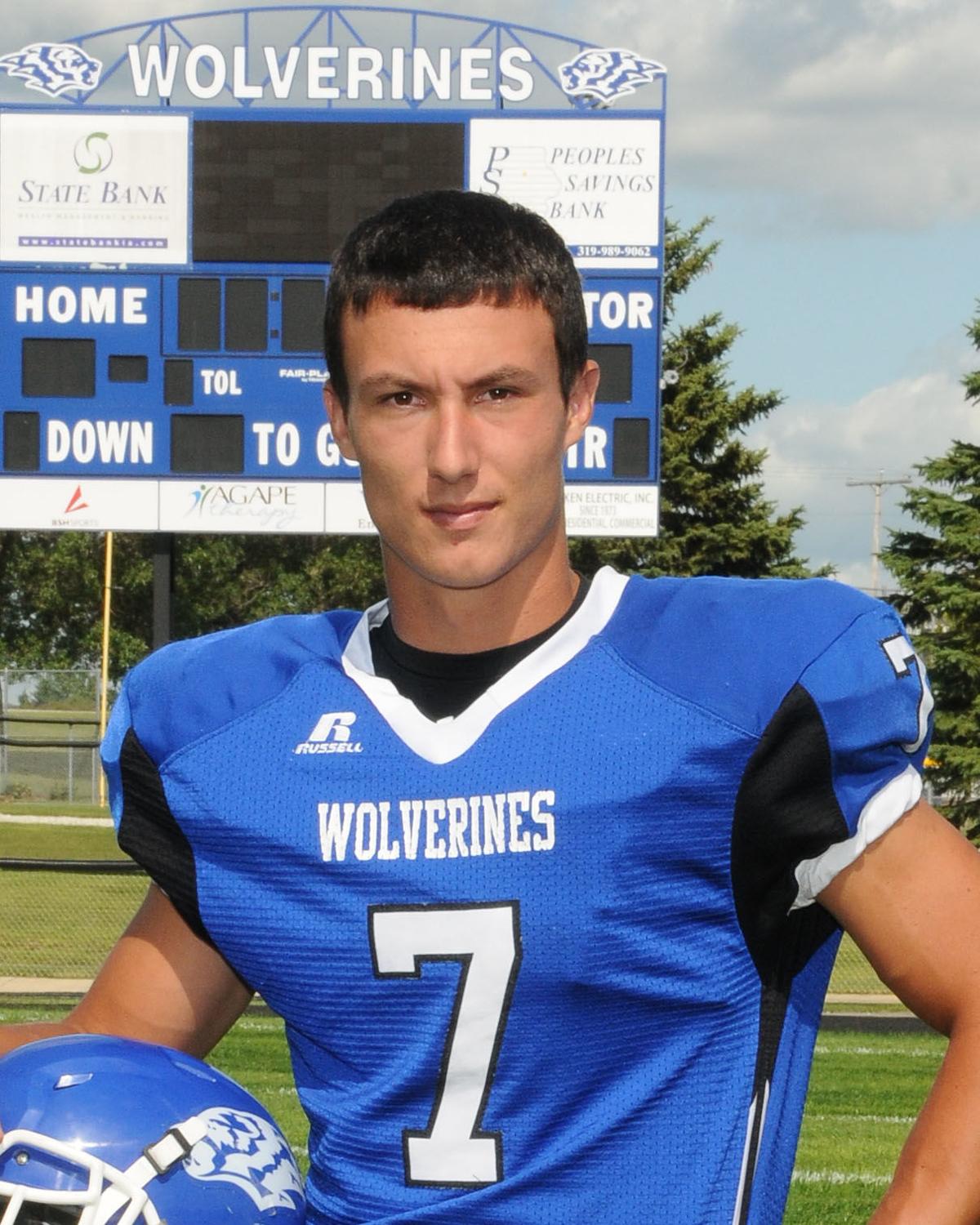