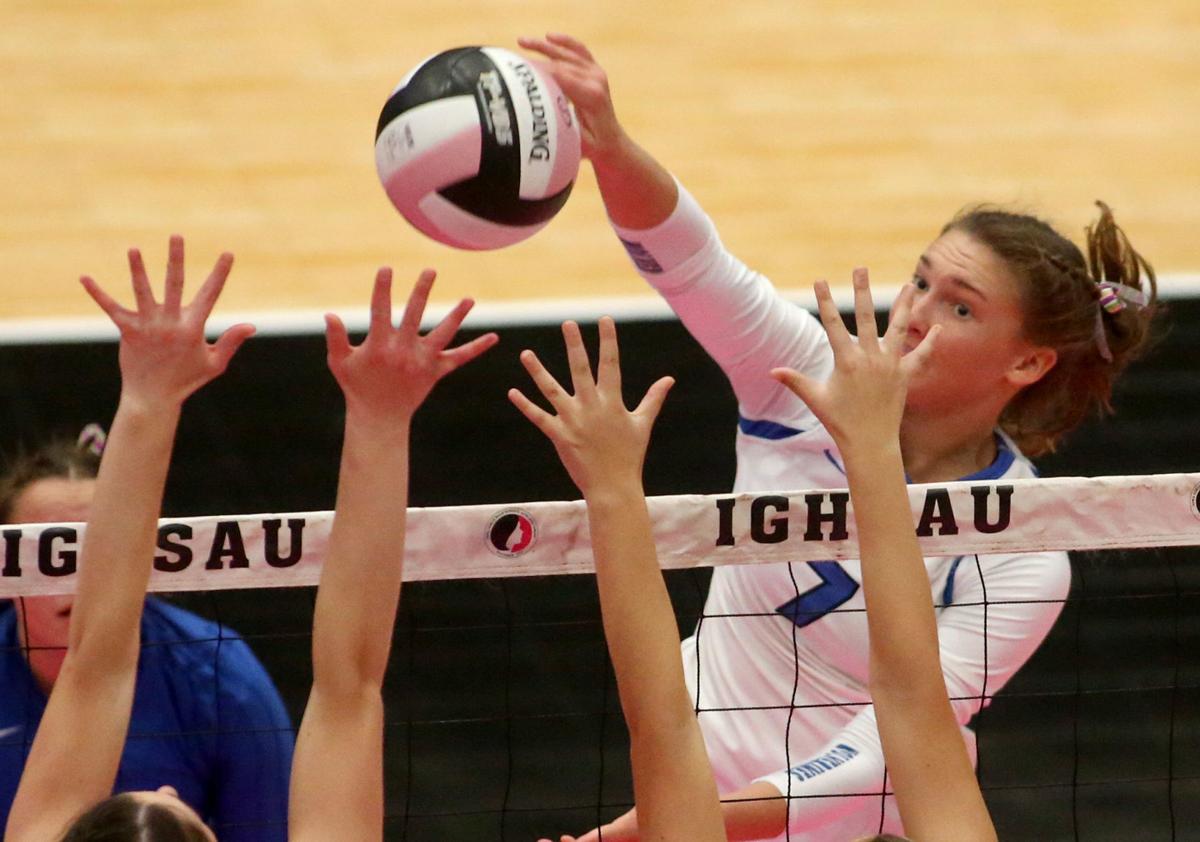 DIKE — Morgan Weber grew up hearing behind the scenes stories and witnessing state championship runs of an Iowa volleyball dynasty.

The Dike-New Hartford senior has a mom, aunt, cousin and sister who each found success in a sport that has long been a source of community pride.

With powerful kills, steady digs and the voice of a leader, Morgan Weber is leaving an impressive imprint of her own on the program. The four-year, full-rotation contributor currently has a state-leading 494 kills to go with 449 digs. She’s tallied 1,549 career kills and 1,378 career digs, while hitting above a .300 efficiency every season.

“Our team has a lot of confidence in her so we get the ball to her quite a bit,” D-NH head coach Diane Harms said. “She works very hard to make herself available to attack.

“She sees the floor, the openings and what the defense is giving her. … She’s a very competitive athlete.”

Morgan Weber’s success at D-NH has come within a prep career that began two years after her sister, Bri, was a starter on four state championship teams and captained three all-tournament team squads.

“It’s just cool to see our culture as a school, keep our tradition going,” Morgan Weber said. “I always went to watch my sister’s games. … We’ve always been close. Whenever we’d go to the gym, she would help. She taught me a lot growing up.”

Another trait Morgan acquired from her family was a love for time together on the golf course. Bri and her older brother, Royce, were also successful golfers in what became a popular activity for the family that lives along Fox Ridge Golf Course.

Morgan Weber has won the last two Class 2A individual state golf titles and credits lessons learned on the course for helping her mental approach to volleyball and basketball.

“Golf is really a mental sport,” Weber said. “It takes a bigger toll on you because it’s every shot. If you have a bad shot, you’ve just got to get over it. Otherwise it’s going to be with you the whole round.”

Weber’s volleyball success has come despite her fair share of adversity. A stress fracture prevented her from competing at state as a freshman. She watched from the sideline as Dike-New Hartford captured a championship.

“Playing the whole season and then finding out I had that, it was tough on me and my team,” Weber recalls. “It’s hard to go from playing to sitting on the sidelines watching, but I still enjoyed every moment of cheering on my team and watching them compete at state and winning. That was honestly one of the most fun years ever.”

As a sophomore, Weber finally made her much-awaited state debut, averaging 12.6 kills per match during a trio of sweeps that gave D-NH a sixth title in seven years. She encountered more adversity as a junior, missing weeks with a sprained ankle before returning for the postseason where D-NH was eliminated in the first round at state.

Now a senior, Weber is one of three captains for a youthful team that has shown growth. The Wolverines recently secured an NICL East Conference title with a win at Union. D-NH then took sets from Class 5A powers West Des Moines Dowling and Ankeny Centennial during closely-contested tournament losses Saturday in Cedar Rapids.

Whether it’s helping out with an arm tilt or footwork, Weber is invested in the development of her younger teammates.

“I’m saying it, but then she just goes over and shows them what I’m talking about,” Harms said. “In practices she’s very helpful to all of our younger players.

“In games she brings that ultra-competitiveness for us. If one of our players go up and they get a big overpass kill, Morgan will be the first person right there congratulating them.”

“She’ll work extremely hard to get herself ready and prepared and in the best position she can,” Harms said. “She will do what it takes to make herself the player she wants to be.”

Nearing her final postseason, Weber believes the No. 5-ranked Wolverines have the pieces to compete with the best in Class 3A.

“You can find a way to win every year,” Weber said. “I feel like the playing field is very even right now. Everybody has beaten everybody. If we work hard and keep doing what we’re doing right now, just continue to get better, then we can accomplish anything.”

UNI notes: Panther volleyball gets back to work

Some members of Northern Iowa’s volleyball team couldn’t wait to get back onto the McLeod Center’s court following a 19-17 fifth-set loss to Illinois State Saturday night.

Hudson could throw a wrench into Grundy Center's postseason plans when the defending state champion Pirates visit the No. 4 Spartans Friday. 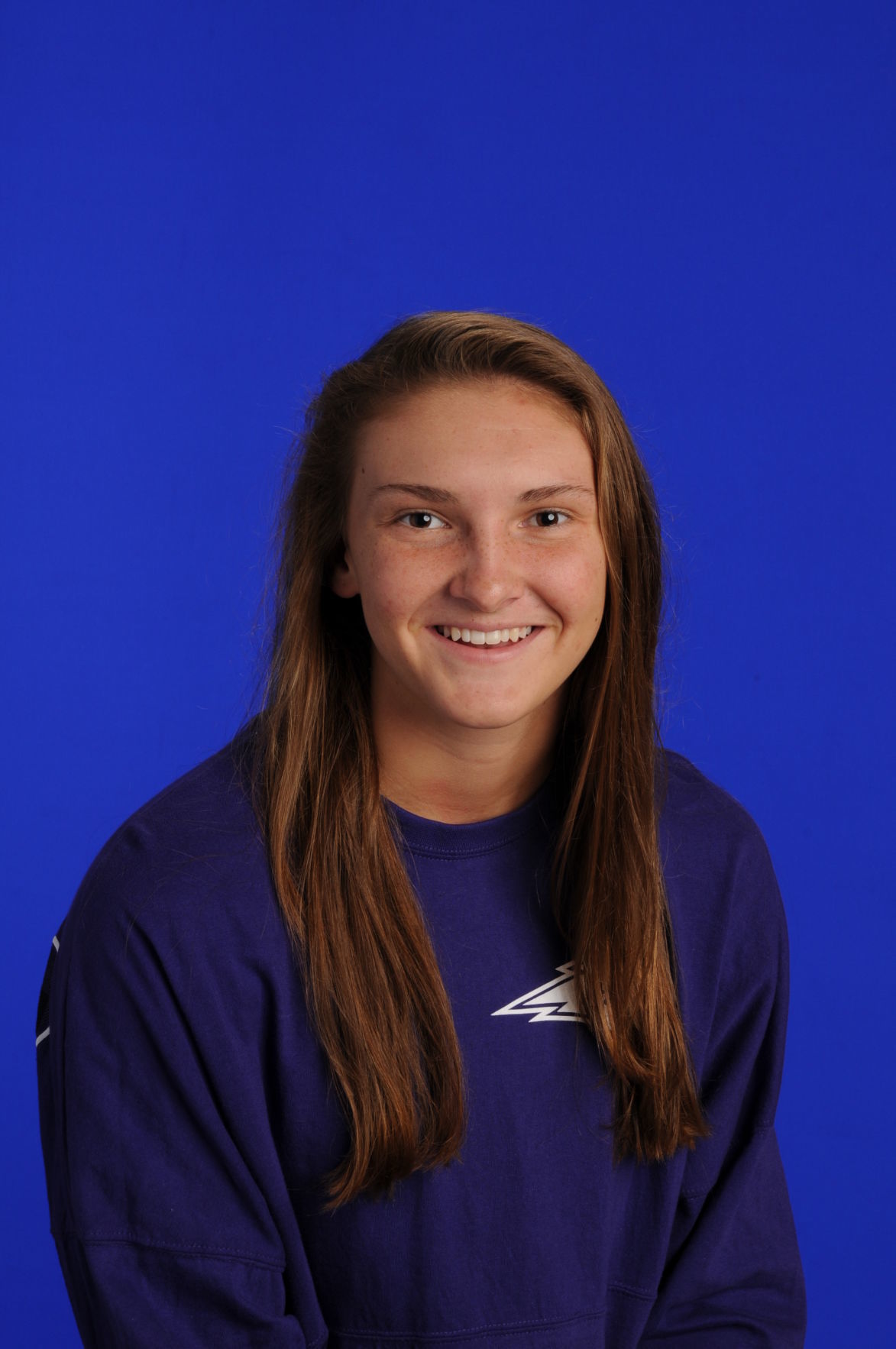