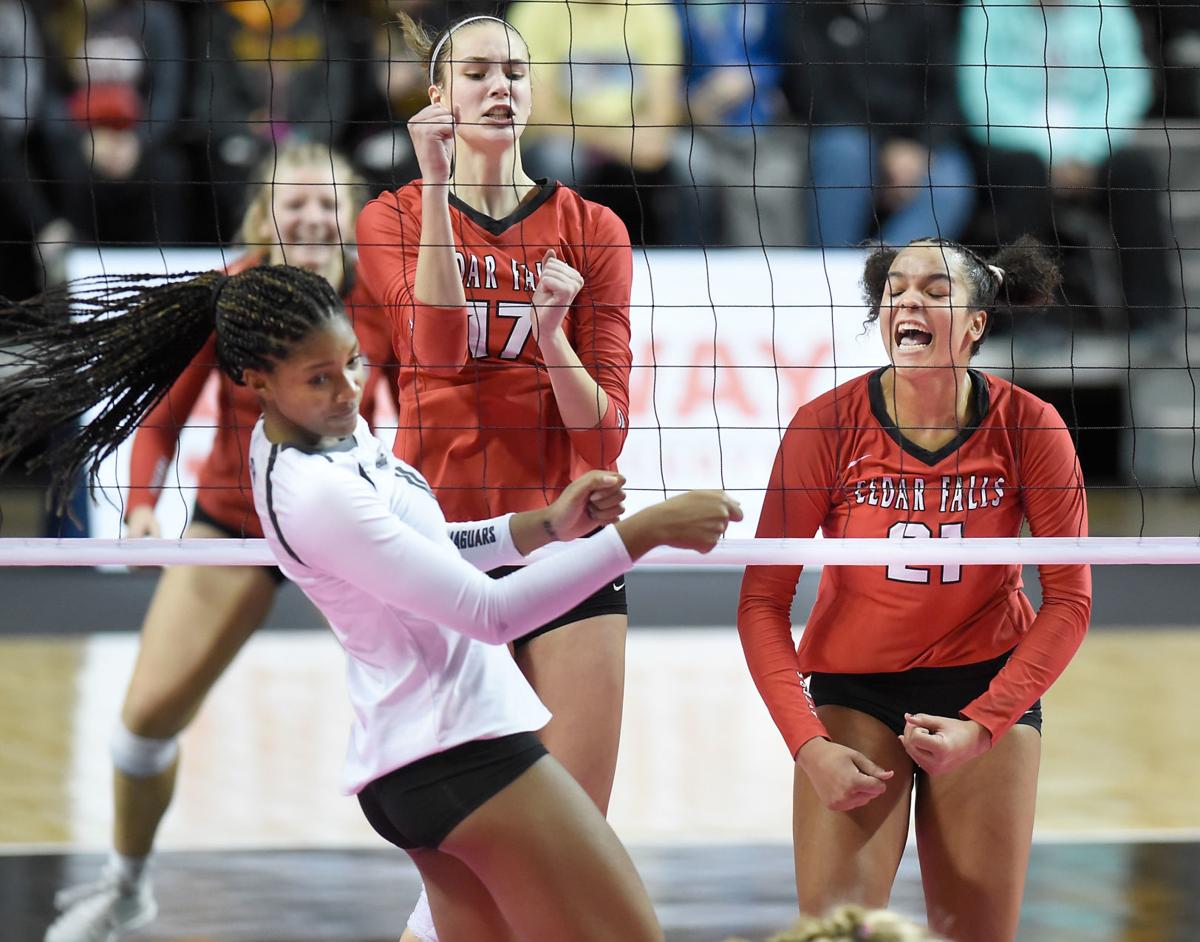 CEDAR FALLS — Before she even stepped onto the court as a varsity starter, Alayna Yates had coaches from volleyball powers such as Kentucky, Purdue, Iowa State and Marquette stopping by Cedar Falls practices to watch her compete.

Hard to overlook as a 6-foot-6 sophomore, Yates’ path into the Tigers’ varsity rotation was initially blocked by a pair of NCAA Division I recruits in seniors Grace Burken and Claire Gerdes. Coaches had begun to take notice of Yates following a successful year on the club circuit, yet even her own teammates were surprised by the high-profile guests inside their gymnasium.

“My teammates would look at me and be like, ‘Wait Laney, they’re here for you?’ I’m like, ‘Yeah, I guess they are,’” Yates recalled. “It was really kind of crazy to have people in our gym to come watch me.”

Just three years prior to becoming a major recruiting target, Yates was a 6-foot seventh grader still growing into her frame. She was demoted from the ‘A’ to ‘B’ team that initial season, but never gave up.

“I was absolutely terrible when I started,” Yates admits. “Then my club coach recruited me that winter. I was so out of my league, but with some good coaching I actually became a key component of the team a couple years later.”

Yates joined CF libero Kirsten Graves as part of a Six Pack program that won the second-highest national division championship in Detroit as 16-year-olds. They competed in the top open division the following year and placed 13th out of 36 teams.

Yates is a now a senior committed to the University of Dayton and among a cast of talented players within Class 5A’s top-ranked Cedar Falls program pursuing a second state title in three years.

“I think you learn a lot more from losing than you do winning.”

Growth has been unavoidable for Yates, who climbed five inches taller entering high school. In two years of varsity competition, she’s become a skilled blocker, efficient attacker and vocal supporter of her teammates.

“She’s level-headed, down-to-earth,” Cedar Falls coach Matthew Johnson said. “You think it might get a little bit old constantly having people ask you how tall you are, and she handles things like that so well. She’s got the right temperament for it.

“She’s a great volleyball player, not just someone who’s tall. She moves really well. She’s got quite a bit of strength and she’s done a good job of working out and doing the things necessary to improve other parts of her game.”

Aside from the challenge of finding clothes that fit, Yates says her height has been more of a blessing than a curse.

“Having long legs, being able to push and get out pin-to-pin, I think has been a tool my coaches have been trying to really force me into and really explore and gain momentum with my long limbs,” Yates said.

This season, Johnson has seen Yates take on the attacking mentality Gerdes and Burken exhibited as consistent contributors determined to improve during their senior state title season.

“With Laney you’re getting the same thing every match,” Johnson said, assessing his middle averaging 2.71 kills per set on .417 hitting with 24 blocks in 13 matches.

Cedar Falls’ coach has little doubt Yates will also make an impact at the collegiate level.

Added Yates, “There’s such a sense of community and camaraderie there that I never felt at other schools. It’s a little bit smaller and that’s kind of what I was looking for. It was just a perfect fit.”

Competing alongside a talented cast of teammates, Yates is still pursuing growth this fall.

“I think we have the potential to grow a lot,” Yates said. “If we keep telling ourselves that we’re not content with where we are now, then we can push and we can become a lot better. We’re going to set ourselves up better for the postseason.”

The stepmother of an Ankeny football manager left Cedar Falls Friday night as a big fan of the Tiger football program, too.

Two days after Madison scored seven goals to beat Waterloo in a USHL exhibition, the Black Hawks went on the road and shut out the Capitols.

Gov. Kim Reynolds on Wednesday countered California’s announced ban on taxpayer-funded trips to Iowa by touting the state’s “nice” image and urging disenchanted Californians to consider relocating to the Midwest. 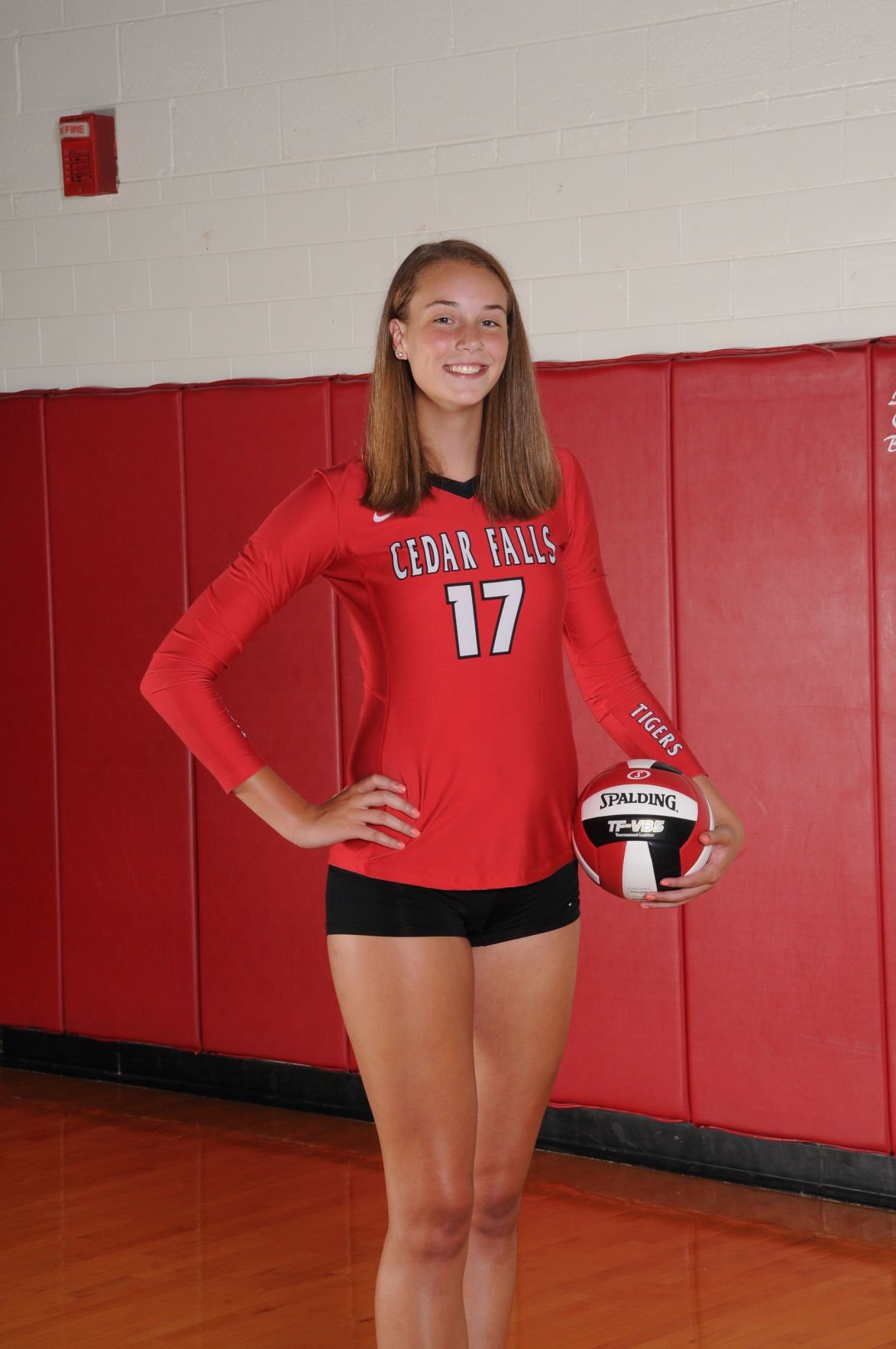