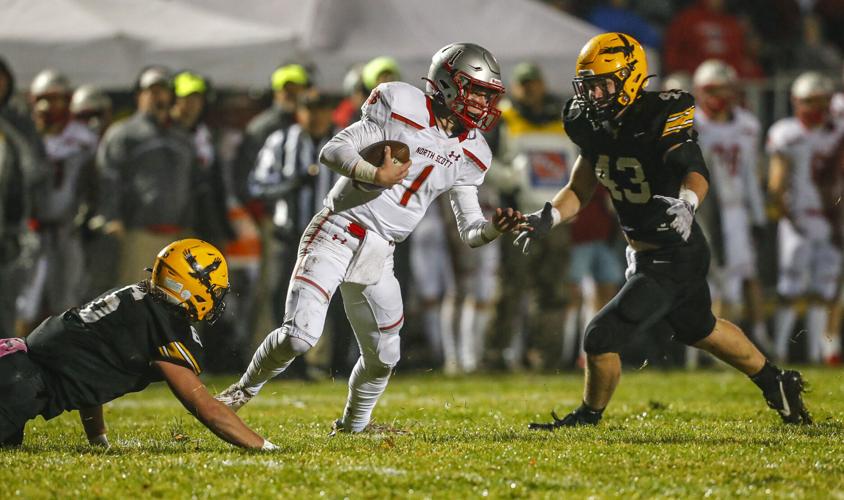 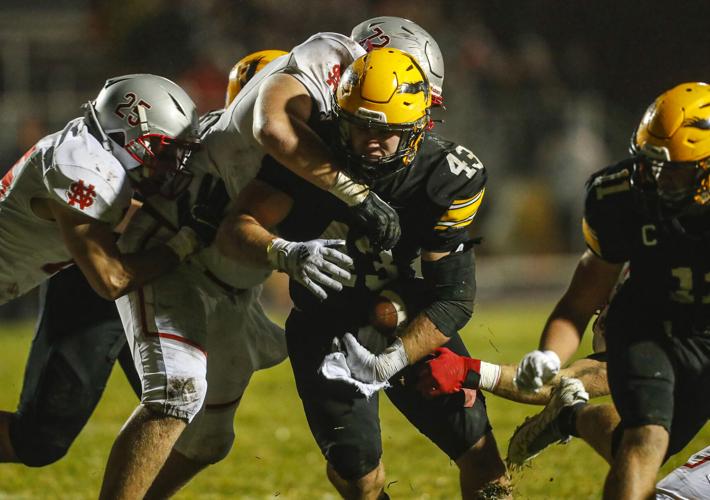 Waverly-Shell Rock senior McCrae Hagarty drives through a tackle from North Scott senior David Borchers in the Class 4A quarterfinals at Waverly on Friday.

WAVERLY — Seventh-ranked North Scott blanked No. 2 Waverly-Shell in the second half to hand the Go-Hawks their first loss of the season in the Class 4A quarterfinals, Friday, 20-10.

For 10 weeks, the Go-Hawks had came out on top. On Friday, amid the wet and rainy conditions, Waverly-Shell Rock head coach Mark Hubbard said the Go-Hawks “just came up a little short.”

“North Scott is a very fine team,” Hubbard said. “For our fellas, we are a fine team too. I am just thankful that these guys poured so much into because they took our communities on a great ride. It was a fun season.”

Led by 17 seniors including offense and defensive stars McCrae Hagarty and Asa Newsom, Hubbard emphasized their impact on the team and their historic season.

“It is hard for our seniors,” Hubbard said. “It is hard to see it come to an end...These seniors have elevated our program to another level. We will forever be grateful for that.”

Hubbard added that the impact of the seniors will continue to affect the Go-Hawks moving forward.

“We have some good football players coming back,” Hubbard said. “These seniors helped lay the foundation for our younger players. That is the legacy that they have left on this program—not just the kind of players they are, but the kind of young men they are.”

In the first half, the Go-Hawks seemed to have everything going in their favor as they forced a three-and-out on North Scotts opening drive.

The Go-Hawks took over in their own territory and marched 63 yards and burned 6:28 off the clock. Senior running back McCrae Hagarty capped off the drive with a one-yard scoring run to put Waverly-Shell Rock ahead 7-0.

It was the prototypical game plan from Waverly-Shell Rock.

On the ensuing Lancers drive, the Go-Hawks forced and recovered a fumble at midfield, taking over at their own 48-yard line with a chance to extend their lead.

However, the Go-Hawks failed to pick up a first down on the drive and punted the ball back to North Scott.

Looking to knot the game up, the Lancers attempted to beat the Go-Hawks through the air, but junior linebacker Cole Thompson tipped a Kyler Gerardy pass. WSR senior Simon Ott ran under the fluttering ball and intercepted the pass.

Taking over on the Lancers 8-yard line, Waverly-Shell Rock failed to punch it into the end zone and settled for a 40-yard field goal which Ott converted.

It would be all North Scott from there.

The Lancers fell on a squib kick on the following kickoff to open their next drive from their own 25-yard line. Gerardy routinely slipped out of the arms of Go-Hawks in the backfield as he piloted the Lancers down the field. He capped the 75-yard drive with a four yard pitch and catch to running back Dylan Marti to cut Waverly-Shell Rock’s lead to 10-7.

The Go-Hawks earned five first downs as they marched down the field for what looked like a potential knockout punch, but, on the first play of the fourth quarter, the rainy conditions caused the Go-Hawks to fumble on the doorstep of the Lancers end zone.

North Scott jumped on the live ball and took over possession from inside its own 10-yard line.

It took the Lancers just 2:30 to race down the field for the go-ahead score. Gerardy found senior Drew Kilburg in the back of the end zone with no defenders in the vicinity, putting the Lancers on top 13-10 after Waverly-Shell Rock blocked the PAT.

After Waverly-Shell Rocked turned the ball over on its subsequent possession, Marti sealed North Scott’s victory with a 44-yard touchdown run.

Hubbard addressed his team at the end of the game for one final message to his team.

“There is enough people in this world that are trying to be divisive,” Hubbard said. “I just wanted them to learn to love each other—love each other for their differences and learn to be a team. That is the mission of our whole program is to help them be elite teammates because you are going to be on a team for the rest of your life…It is easy to be a teammate when you win. When you lose, we still want them to be great teammates.”

Last fall, the Regents rolled out their inaugural season in cross country and in the spring, they’ll start track and field. They’ve also enjoyed a recent string of successes in volleyball and girls’ and boys’ basketball. Now, the school is taking on its most ambitious project yet – a varsity football team. 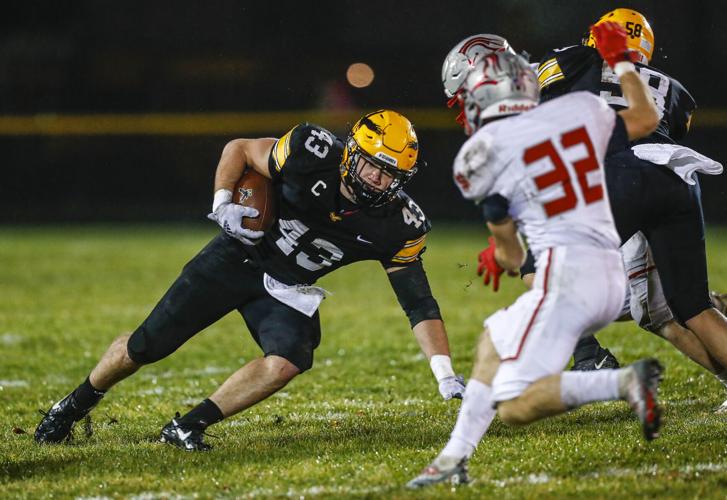 Waverly-Shell Rock senior McCrae Hagarty slips on the wet grass as he runs the ball against North Scott in the Class 4A quarterfinals at Waverly on Friday. 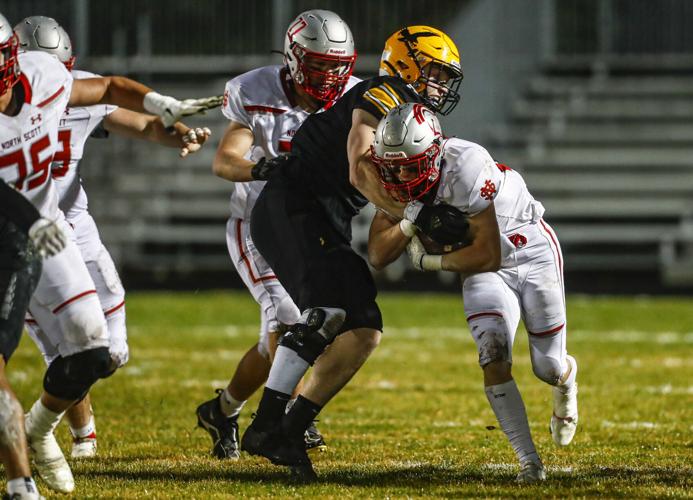 Waverly-Shell Rock senior Jake Walker gets a hold of North Scott senior Dylan Marti as he runs the ball in the Class 4A quarterfinals at Waverly on Friday.

Waverly-Shell Rock senior McCrae Hagarty drives through a tackle from North Scott senior David Borchers in the Class 4A quarterfinals at Waverly on Friday.