Cedar Falls running back Ryan Ostrich has been named the Mississippi Valley Conference Mississippi Division’s co-Player of the Year.

Ostrich split Player of the Year honors with Cedar Rapids Prairie’s Nick Pearson in the MVC football awards that were unveiled on Monday. The Tigers’ senior has rushed for 1,216 yards and 14 touchdowns on 157 carries to go with a pair of receiving scores through seven games.

This week's preps to watch are from Waterloo West, Cedar Falls, Denver, Waterloo Columbus and Janesville. 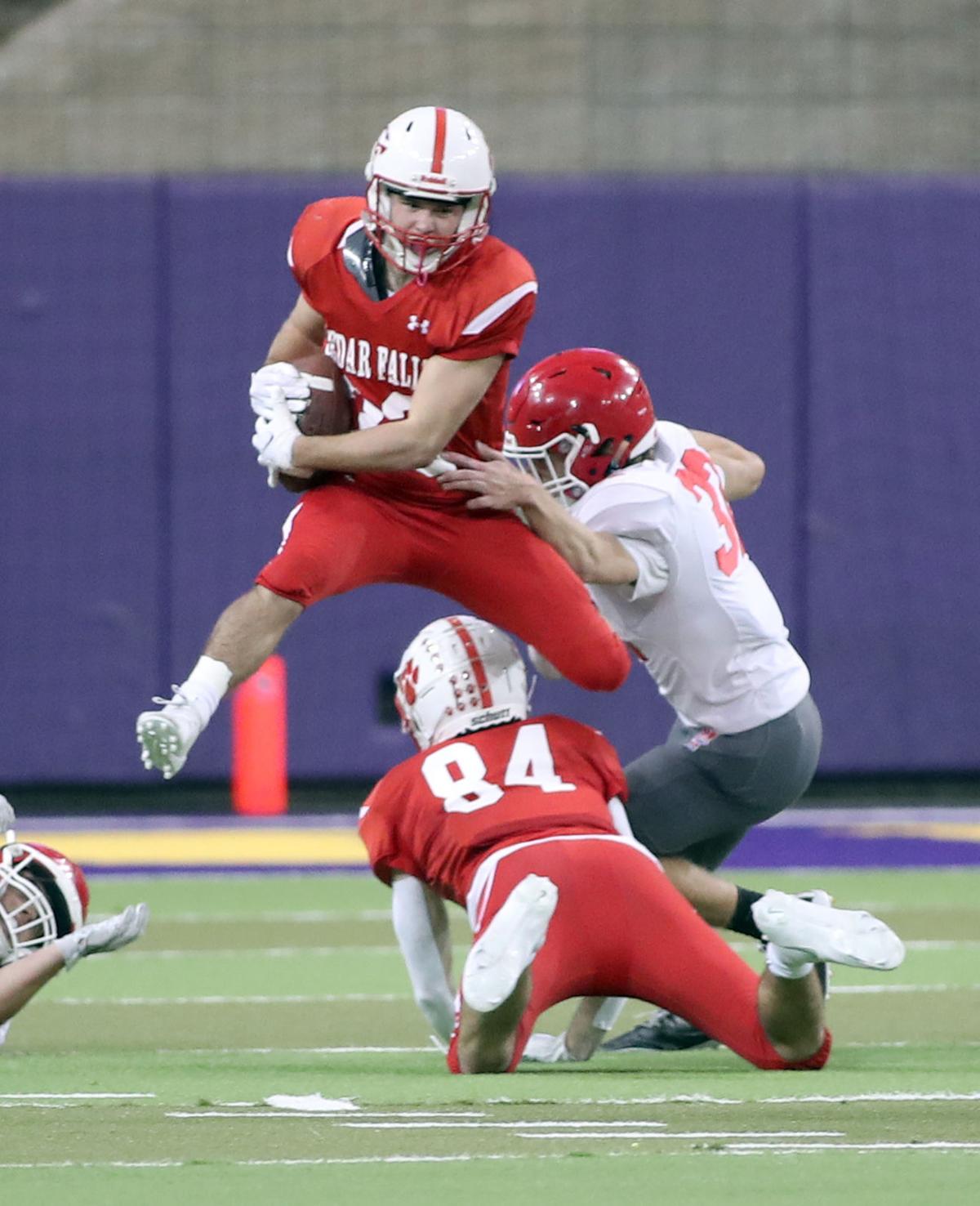 Cedar Falls' Ryan Ostrich leaps over teammate Aiden Sorenson and evades the grasp of Cedar Rapids Washington's Cavan Riley at the UNI-Dome in the second round of the Class 4A playoffs this year. Ostrich was one of 23 players who signed with the Northern Iowa football program Wednesday. 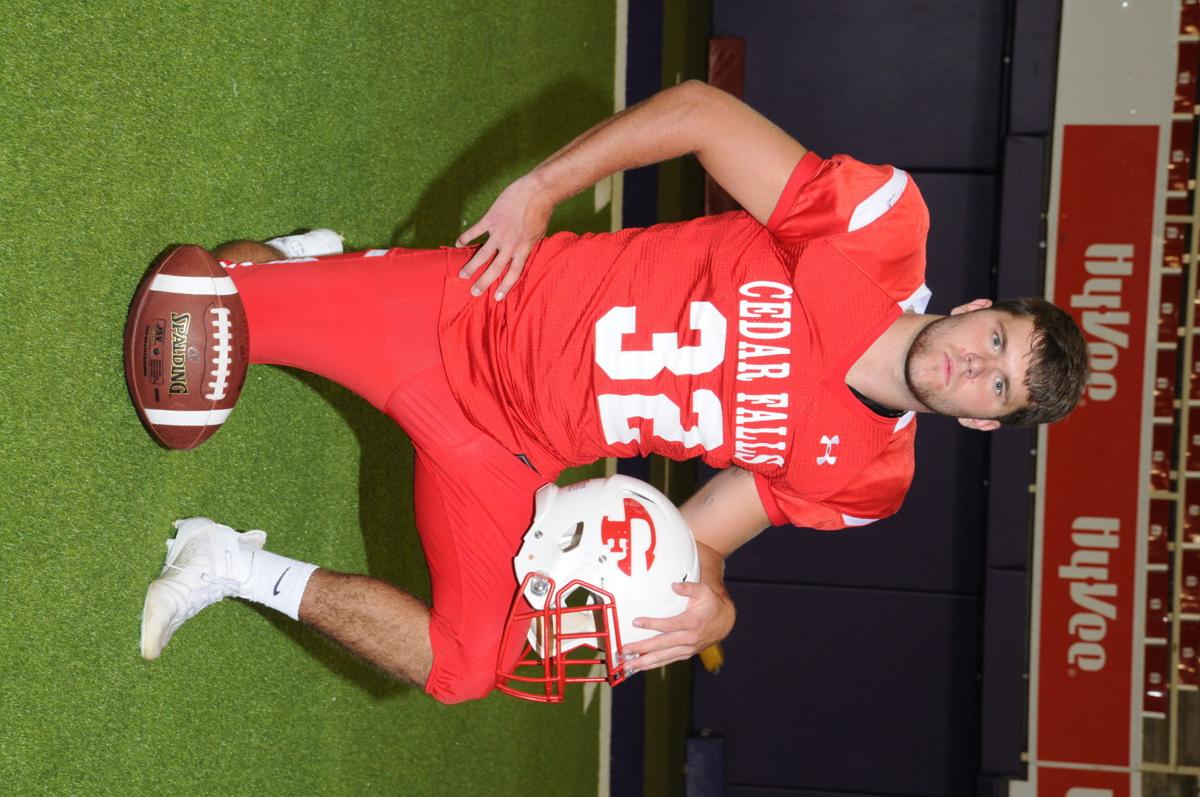