The Tigers entered the match as the third ranked team in the class with an 11-4 record while the fourth-ranked Lightning, led by 5A kills leader Cassidy Hartman, owned a 13-6 record.

Cedar Falls head coach Matthew Johnson said he felt Liberty’s size on the outside and their more consistent energy made all the difference.

“I thought we responded pretty well—especially early in the set,” Johnson said. “We do still have small stretches where we give up four, five point runs…They are just a little steadier than we are right now.”

In the first set, the Tigers jumped out to a 5-1 advantage, but Liberty battled back to tie the game at 10-10. Cedar Falls regained its lead with four of the next five points to force a Liberty timeout with the Tigers leading 14-11.

Liberty took the lead following the timeout, but an ace by Cedar Falls freshman Brynn Bakula drew the teams even with 22 points apiece.

After failing on their first attempt at set point with a 24-23 lead, the Lightning put Cedar Falls away 26-24.

Liberty rode the momentum from their win in set one to a big win in set two.

The Lightning and Tigers produced a number of long rallies in which each team responded with kill attempt after kill attempt. However, the Tigers found themselves on the losing end of the majority of these long rallies as Liberty nabbed a 25-13 win in the second set.

“It is always nice to have the one kid that you know you can trust,” Johnson said. “They have two of them right now. The longer those points go on, the tougher it gets to defend them—especially when you have them opposite each other...I just thought they did a better job winning those.”

With momentum favoring the Lightning, Cedar Falls managed to hang with Liberty for the first half of the final set. But, with Liberty leading 14-13, the Lightning took over the set with three consecutive points to take a 17-13 lead.

In light of the loss, Johnson noted that the Tigers still displayed improvement over their play at the Osage Tournament in which Cedar Falls went 4-1, last weekend.

“The big thing we talk about is not playing the score, play the process,” Johnson said. “Even though we got swept, I thought, process-wise, we made some good steps...There were enough good things tonight that you can say ‘Hey, we got things to work on, but we are moving in the right direction.’”

Up next, Cedar Falls takes part in a tournament hosted by Waterloo West. Don Bosco, East, Hudson and Western Dubuque—in addition to the Tigers and Wahawks—will participate in the Saturday tournament.

Johnson said the focus for his team moving forward will be to build off of what it showed against Liberty.

“I do not know if there is a bounce back that needs to come from tonight,” Johnson said. “This was definitely a higher level of play than last weekend. It is continuing to sustain it and move forward from here.”

Gelhaus shouldered 38 carries for 184 yards against an otherwise stout defense, powering the Tigers in an upset over Class 5A No. 4-ranked Cedar Rapids Kennedy on Friday night.

It is Week Six in the Iowa High School football season and the Courier details the metro and area games.

The Tigers had a strong night at the Holmes pool against Dubuque Senior Tuesday.

It will be donuts again for the Cedar Falls Tiger football squad Saturday morning for film study after the Tigers shutout Muscatine Friday at the UNI-Dome.

CEDAR FALLS – Cedar Falls had five golfers shoot 74 or better, including four at par or better as the Tigers captured the team title at their …

WATERLOO – Brad Remmert’s donut budget is taking a hit. In fact at the pace he is buying donuts he admits he may have to go the bank and get a loan.

CEDAR FALLS—Cedar Falls’ defense had tossed eight quarters of scoreless football to start the season, but Makelle Taylor was the home hitter t… 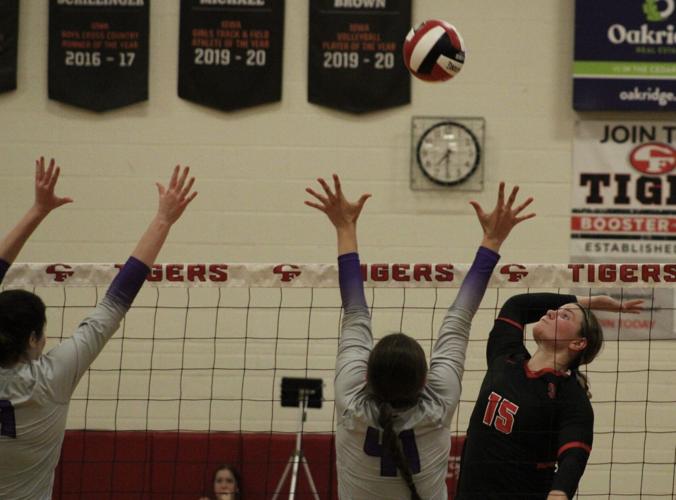 Cedar Falls senior Katie Remmert goes up for a kill during a match against Iowa City Liberty, Tuesday. 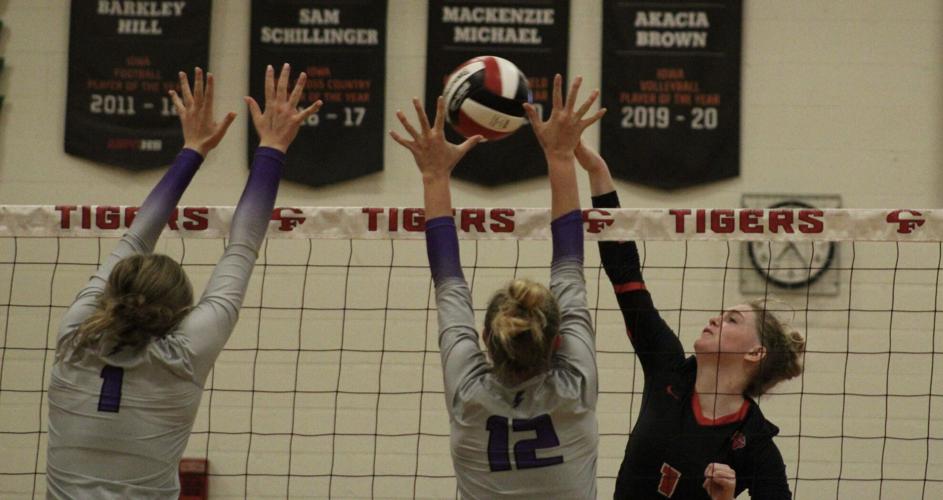 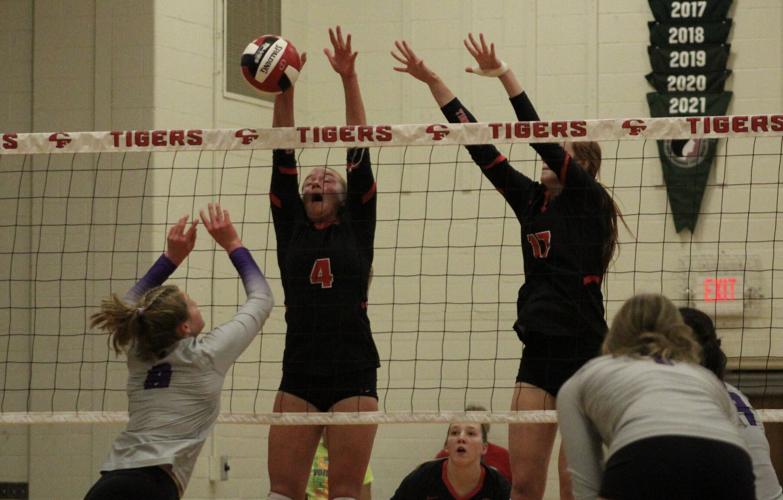