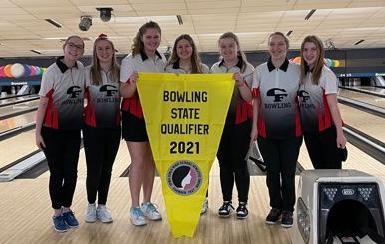 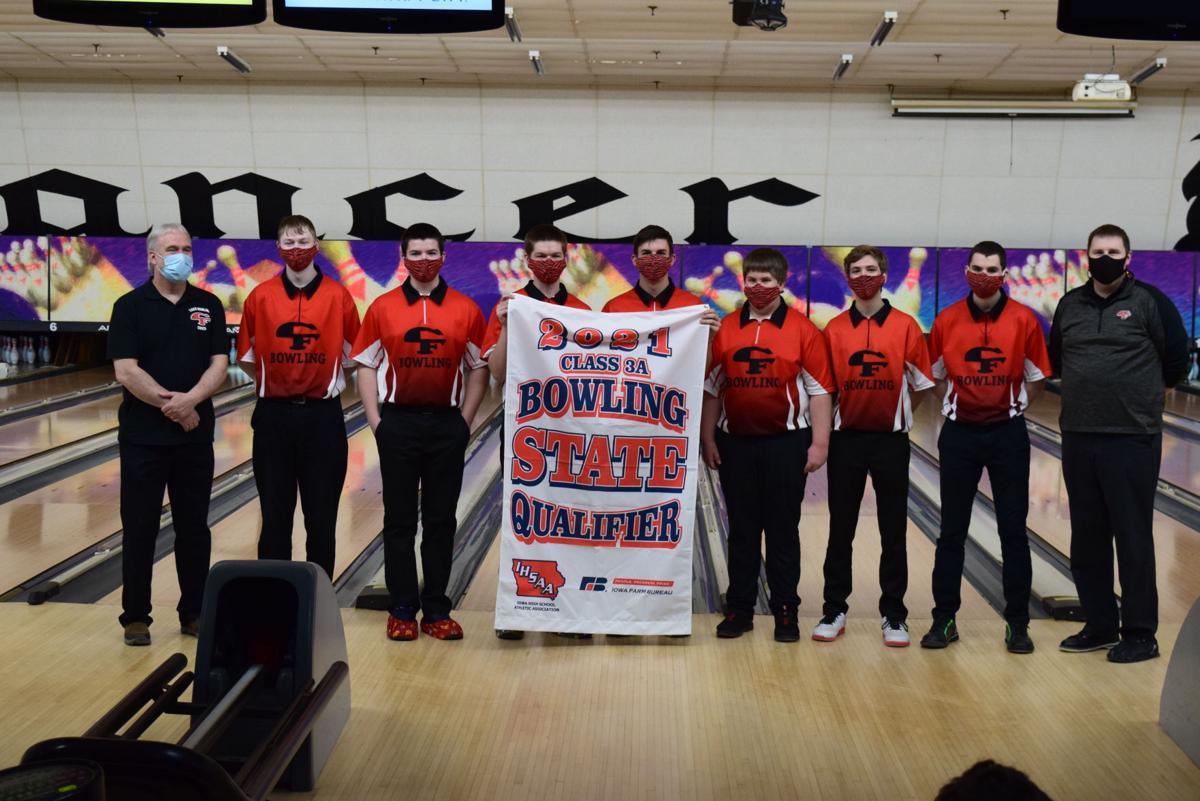 WATERLOO – Cutting corners is no way to win a state bowling championship.

At least once a week, Cedar Falls girls’ bowling coach Scott Holman instructs his team to alternate targeting the corner 7 and 10 pins crucial towards picking up single-pin spares.

That work paid off during last week’s state qualifying meet at Cadillac XBC. Cedar Falls missed just three out of 25 spare opportunities while surpassing 200 in the first four games of the baker round and jumping from third to a championship score of 3,042.

The most captivating portion of a high school bowling meet, the baker round where a different team member bowls one of the first five frames before repeating the rotation, often decides who hoists a championship trophy.

“What I preach all the time is your spares are really important,” Holman said. “I believe our baker games have finally become one of our strong suits. That was a weak suit earlier on in the year.”

The Cedar Falls girls’ bowling program has been on a recent rise within a Cedar Valley metro area that has a tradition of youth bowling success. The Tigers qualified for Tuesday’s Class 3A state meet with their best score in program history. Only Mississippi Valley Conference rival Cedar Rapids Jefferson turned in a better qualifying number.

The Cedar Falls girls finished sixth during their program’s state debut last season. Myah Brinker leads the team with a single-game average of 201 and Anna Frahm has averaged 216 over the last five weeks.

Cedar Falls bowling will be looking to make its mark on the state throughout Tuesday’s morning and afternoon championship sessions. The Tiger boys produced Iowa’s top qualifying score of 3,315 and are coming off a third place finish from a year ago. The program most recently earned a state championship in 2016.

Competing for a state title inside Cadillac XBC will be an added advantage for the local bowlers. Last year, Waterloo West’s boys and Waterloo East’s girls won state titles in Class 3A and 2A, respectively. The one-day state meet format can be unforgiving to teams that need more time to make adjustments.

“It’s definitely a benefit for us that we have a big comfort level here,” Cedar Falls boys’ coach Brad Baker said. “These guys are going in with a lot of confidence and I think they’re going to have a really good chance at competing for a state championship.

“Other teams that are coming in are going to have to get a read at the beginning and try to figure out what the lanes are going to do. We should have a pretty good idea coming in and hopefully will be able to get a little advantage that way.”

Senior captains Ryan Venem and Matthew Swanson enter state with single-game averages of 222 and 216, respectively, for a Cedar Falls boys’ team that has enjoyed a friendly competition with the girls from their school.

“The girls are having a tremendous year and Scott has done such an amazing job of getting them to peak at the right time,” Baker said. “They just continue to get better throughout the year. We practice against them from time to time. The girls want to beat the guys and the guys want to make sure the girls don’t beat them.”

State bowling competition begins on Monday and Waterloo East’s girls will have a shot at defending their most recent state title thanks to an at-large qualifying bid. The Trojans’ score of 1,867 was tops among Class 2A’s at-large qualifiers.

In Class 3A, Waterloo West’s girls had to endure a wait for qualifying results and earned an opportunity to compete at state with the final at-large qualifying score.

One day after the Cedar Falls boys put together an eye-opening score of 3,315 to win their district at Lancer Lanes, the Cedar Falls girls finished with a program record total of 3,042 during the 3A qualifying meet at Cadillac XBC.