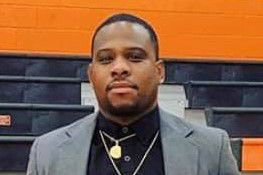 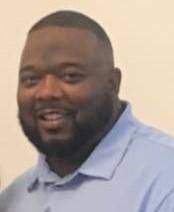 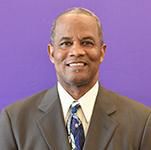 WATERLOO — Waterloo East has a trio of new head coaches now in place for the upcoming football, boys’ basketball and wrestling seasons.

Carmichael most recently served as a volunteer coach at Ellsworth Community College the past two seasons. He has 16 years of high school boys’ basketball coaching experience in the states of Texas, Iowa and Illinois.

A Moline, Illinois native, Carmichael needed just three seasons to set UNI’s career steals record at 180 while playing for Coach Jim Berry from 1981-83. He then played professionally for the Southern California Summer Pro League, the Continental Basketball Association and overseas in the Philippines and Guam.

“His extensive experience and knowledge in the game of basketball will definitely help continue the rich tradition of Trojan basketball,” East athletics director Tim Moses said. “Brent has a proven track record of developing student-athletes both on and off the court.”

Baskerville is a Waterloo native and 2005 Cedar Falls graduate, who was a first team Mississippi Valley Conference linebacker for Coach Pat Mitchell. He continued his playing career at Iowa Central Community College as a two-year starter.

Baskerville served as Cedar Falls’ freshman and sophomore coach and varsity linebackers coach over a seven-year stint before joining East’s coaching staff. He spent the past three seasons the Trojans’ defensive coordinator.

“Baskerville brings a wealth of knowledge and experience to the position,” Moses said. “His passion and enthusiasm for Trojans football has helped him develop positive relationships with our players. We are excited about the future of Trojan football.”

Tims is a 2008 East graduate and 2012 Wartburg College grad. He was an all-conference wrestler under the late Willie Gadson’s leadership at East before serving as a member of Wartburg wrestling teams that garnered three NCAA Division III championships under Coach Jim Miller.

“We are excited about Coach Tims stepping into the role as East High’s head wrestling coach,” Moses said. “Tims’ background in wrestling and experience at the collegiate level will bring a sense of enthusiasm and continue to help develop a championship mindset within the wrestling program.”

Approval of personnel appointments rekindled a lengthy school board discussion on the status of athletics at Waterloo East.

Tim Moses has been a fixture within the Waterloo East athletics community over the past four decades as a multi-sport athlete, teacher and coach.