State bowling will remain in Waterloo through 2022

No. 2 Cedar Falls fights off East's challenge
0 comments
Share this
{{featured_button_text}}
1 of 5 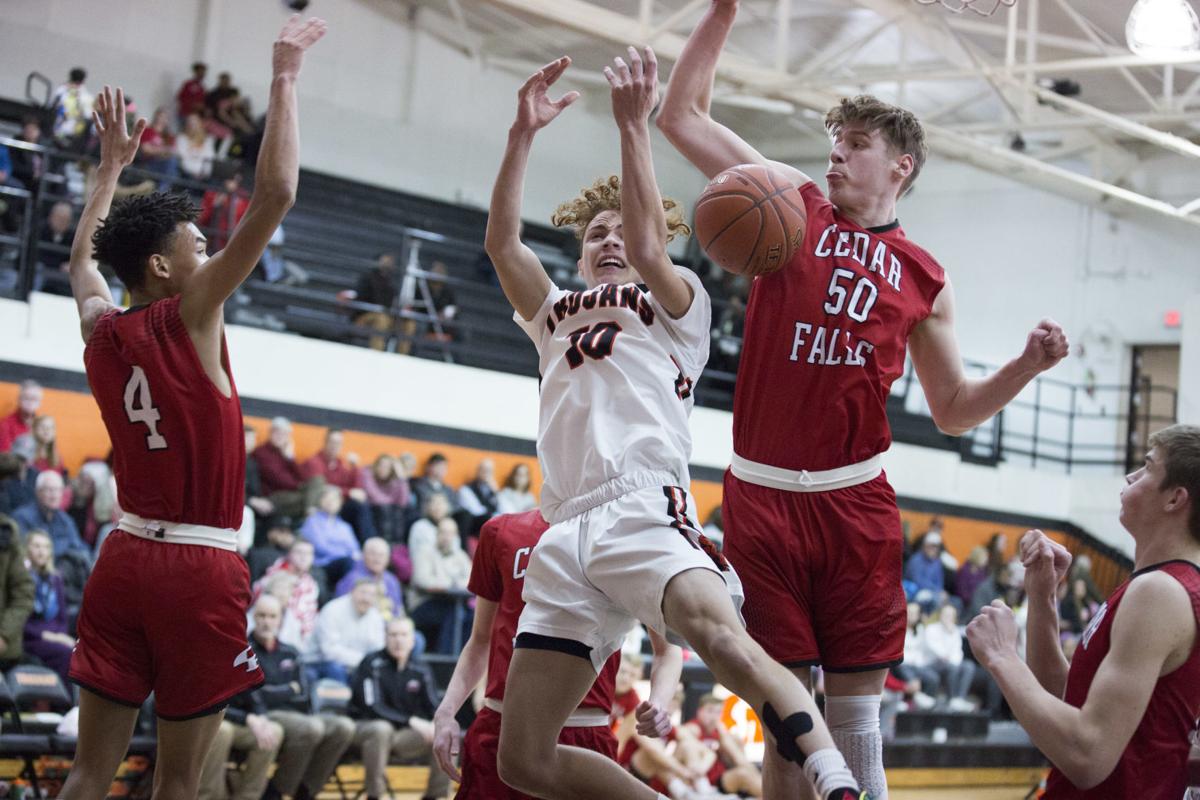 Waterloo East's Brian Keene is fouled by Cedar Falls' Chase Courbat as he goes up for a shot during Friday night's game in Waterloo. 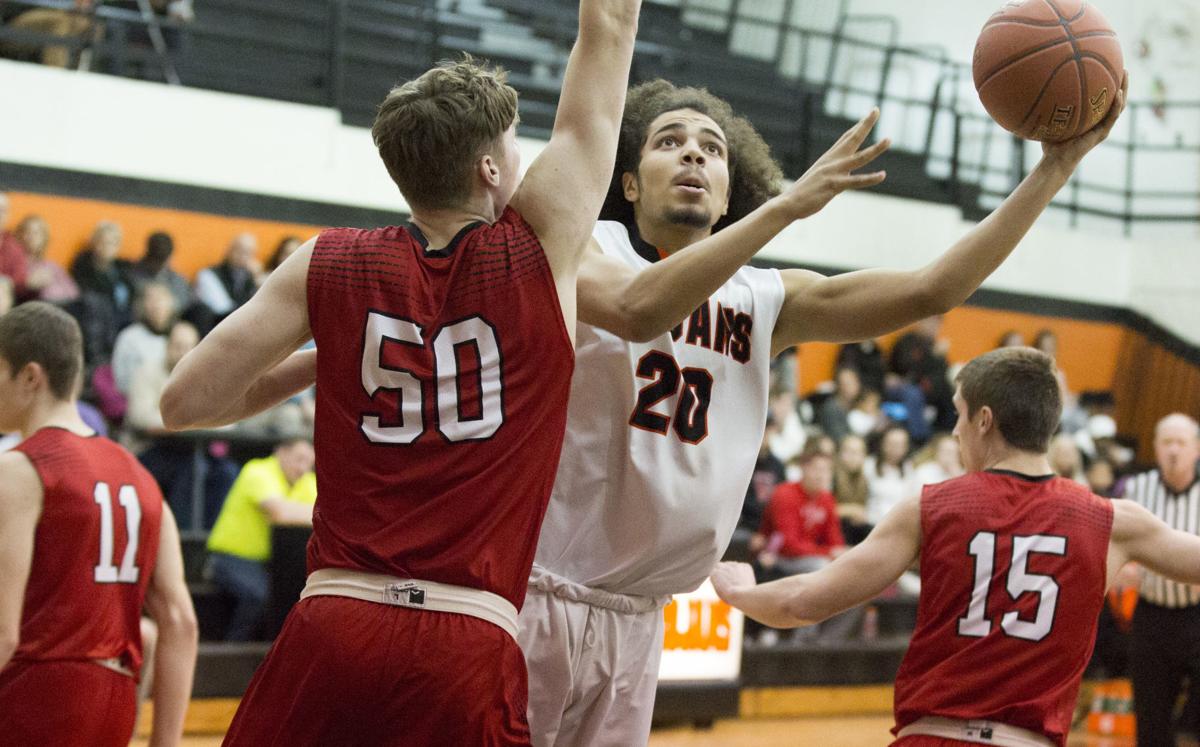 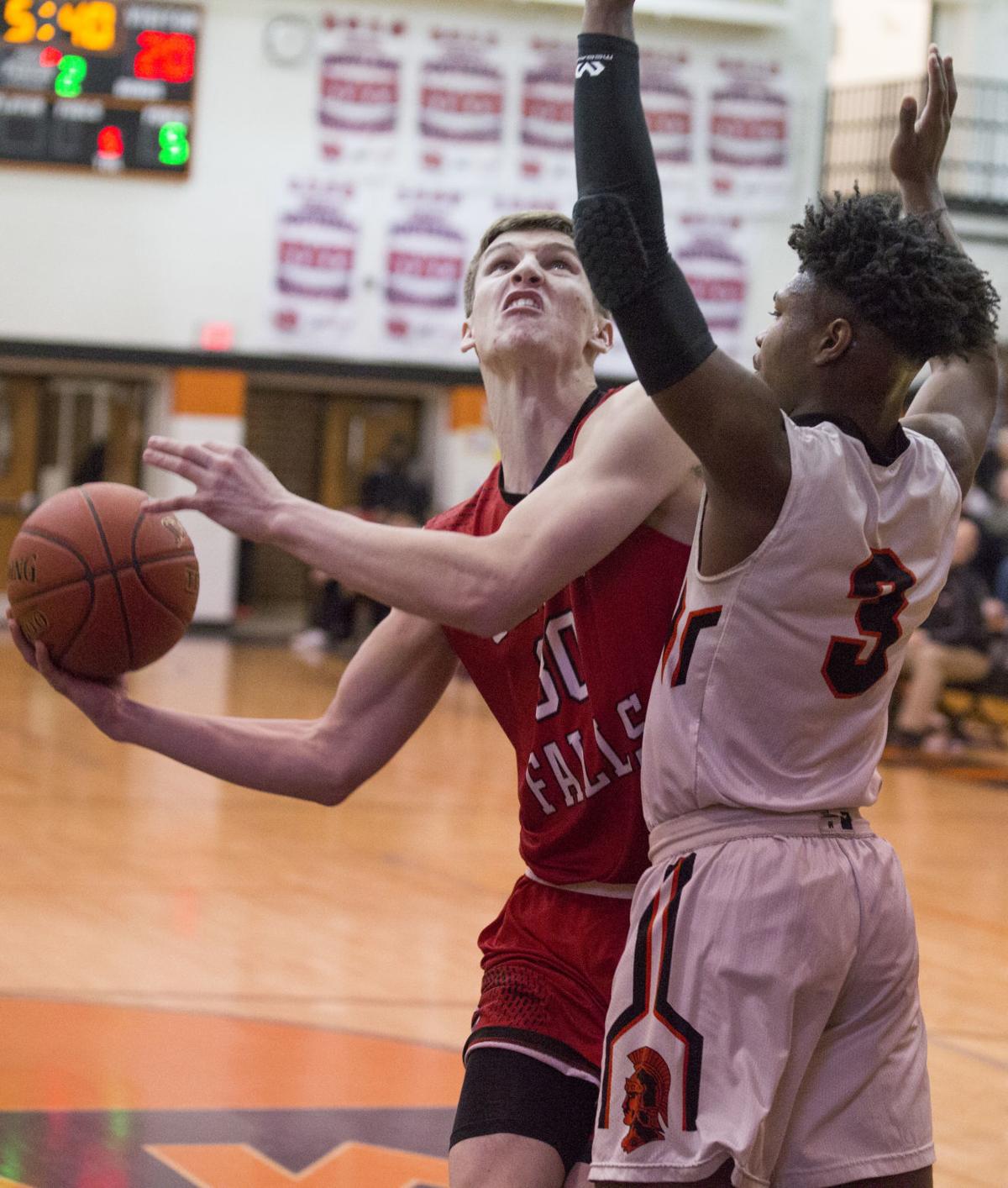 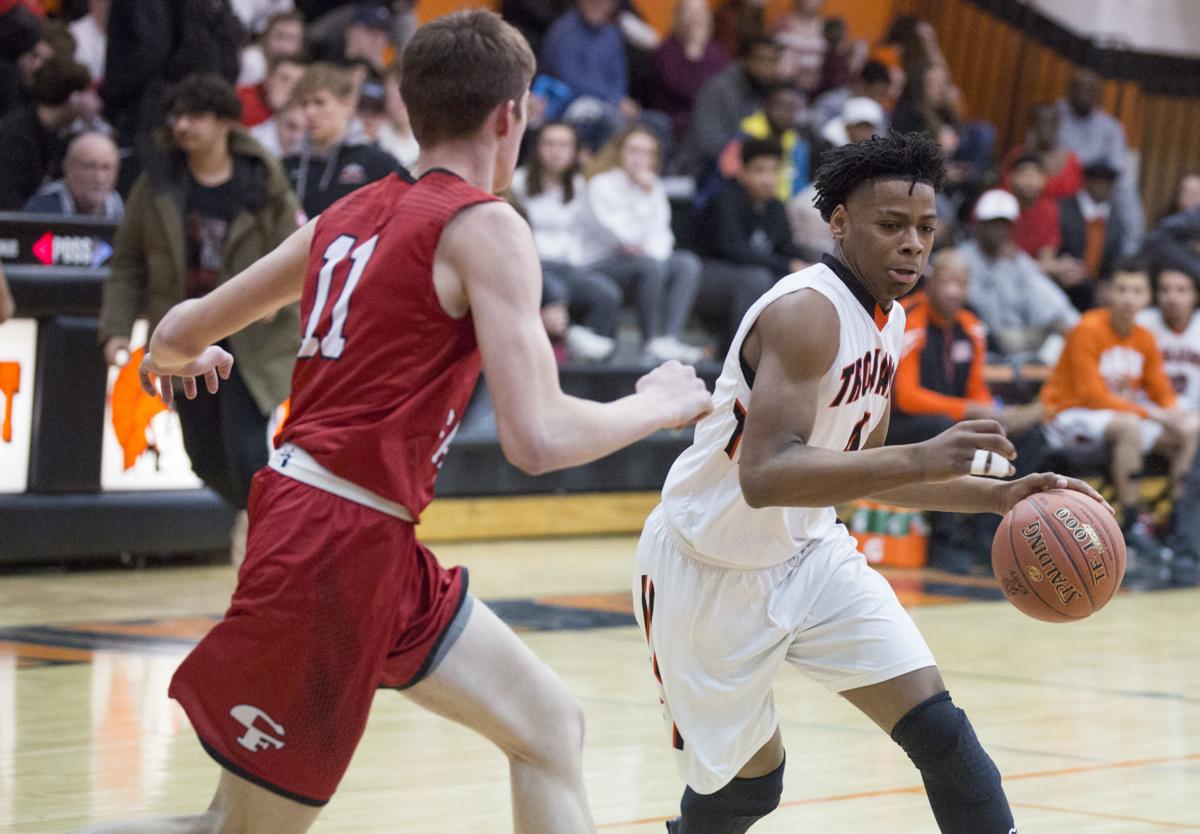 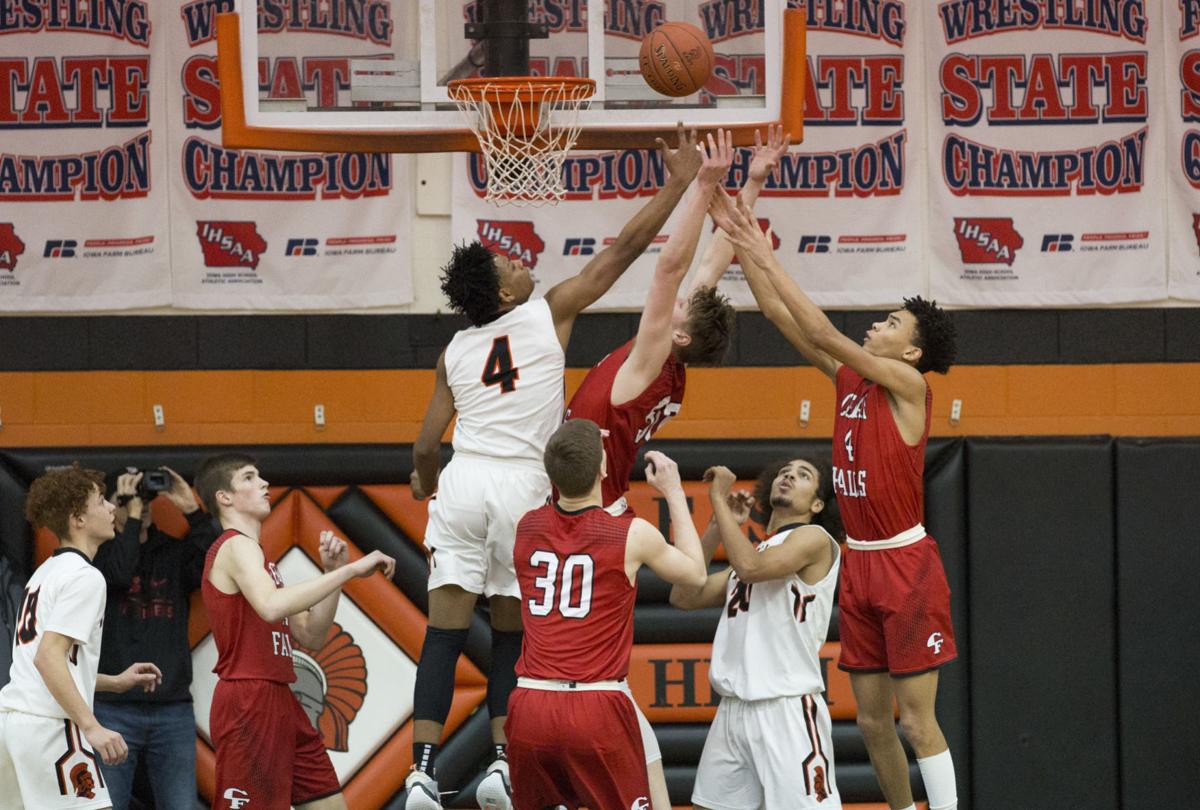 Waterloo East and Cedar Falls go after a rebound during Friday night's game in Waterloo.

The two-time defending state champion Tigers made enough plays down the stretch to hold off East’s determined effort, 63-57, inside the Trojans’ Fred J. Miller Gymnasium.

Eleven missed free throws, including a front-end one-and-one late in the fourth quarter, ultimately denied East (6-14) a chance to pull off the upset. Still, a Trojans team that starts two freshmen and played two more freshmen off the bench showed growth from a 28-point loss at Cedar Falls on Jan. 24.

“I’m thrilled with the effort,” East coach Steve McGraw said. “I thought everybody that played, played hard. Sometimes we made some mistakes, but that’s going to happen. If we get this kind of effort on a nightly basis then, yeah, we’ve got something to build on.”

With East engaged on defense and Cedar Falls’ potent shooters struggling to knock down looks from the perimeter early, the Tigers’ bench provided separation late in the first quarter. Reserve center Joe Knutson followed his miss with a traditional three-point play that sparked a 7-0 run capped by a Carter Janssen layup through the last 47 seconds to build a 14-8 lead.

“That’s what we think is a great strength for us, our depth – the ability to bring guys off the bench and not only maintain, but accelerate,” Cedar Falls coach Ryan Schultz said. “We’re still bringing shooters and guys that can score and defend. We think that’s a great strength of ours and that was a big moment tonight in that first half.”

Cedar Falls extended its lead to 34-22 by halftime. Landon Wolf then flushed an explosive dunk in transition before recording a steal and layup during a 7-0 run that gave the Tigers a 48-30 advantage midway through the third quarter.

Wolf led Cedar Falls with 16 points and 6-foot-9 junior Chase Courbat added 13 inside, but East didn’t fold. Trojans freshman reserve Kewone Jones knocked down a deep 3-pointer during an 8-0 run that cut the deficit to 10.

East remained engaged on defense and later made it a seven-point game with 2:50 left in the fourth quarter on another Jones 3-pointer. Courbat then asserted himself inside with five points down the stretch to keep the Trojans at arm’s length.

“I was happy I could come through, because throughout the game I wasn’t really finishing as well as I would have liked to,” Courbat said. “It’s good that in the end, I finished when I could.

“We just had to get through it, listen to the coaches and stay calm. … They (East) played really hard, they played strong and they battled. It was a good battle.”

Each team’s athleticism shined on defensive contests at the rim. Labeaux blocked three shots and Keene added a rejection. Courbat and Wolf finished with a pair of blocks for Cedar Falls.

“I thought Labeaux was outstanding on both ends of the floor,” McGraw said, praising his sophomore’s drive. “When he plays that hard, he’s a load.”

It was the type of game that revealed building blocks.

“Sometimes it’s hard to see with young kids because they’re inconsistent and their effort and attitude isn’t always there,” McGraw said. “They think you’re picking on them, but as they get older and more experienced those things get better. Tonight should go a long ways in explaining to them, ‘Hey, this is the No. 2 team in the state (Cedar Falls) and they’re good, they’re big, and we battled them.’”

For Cedar Falls, this game helped affirm that teams are capable of finding growth and playing better than their record may indicate by season’s end.

“I’ve got to give East credit for coming out and sticking to what they do, and they did it well tonight and challenged us,” Schultz said. “There are some good lessons to be learned from a game like this, and we talk about it all the time that in our league you’ve got to be ready to play every night.”

Prep of the week: Huff has carried on family legacy

UNI's senior wrestlers put on a show Friday as they celebrated Senior Night with a big win over West Virginia.

UNI's softball team took on some of the best in the country last weekend.

Waterloo East's Brian Keene is fouled by Cedar Falls' Chase Courbat as he goes up for a shot during Friday night's game in Waterloo.

Waterloo East and Cedar Falls go after a rebound during Friday night's game in Waterloo.