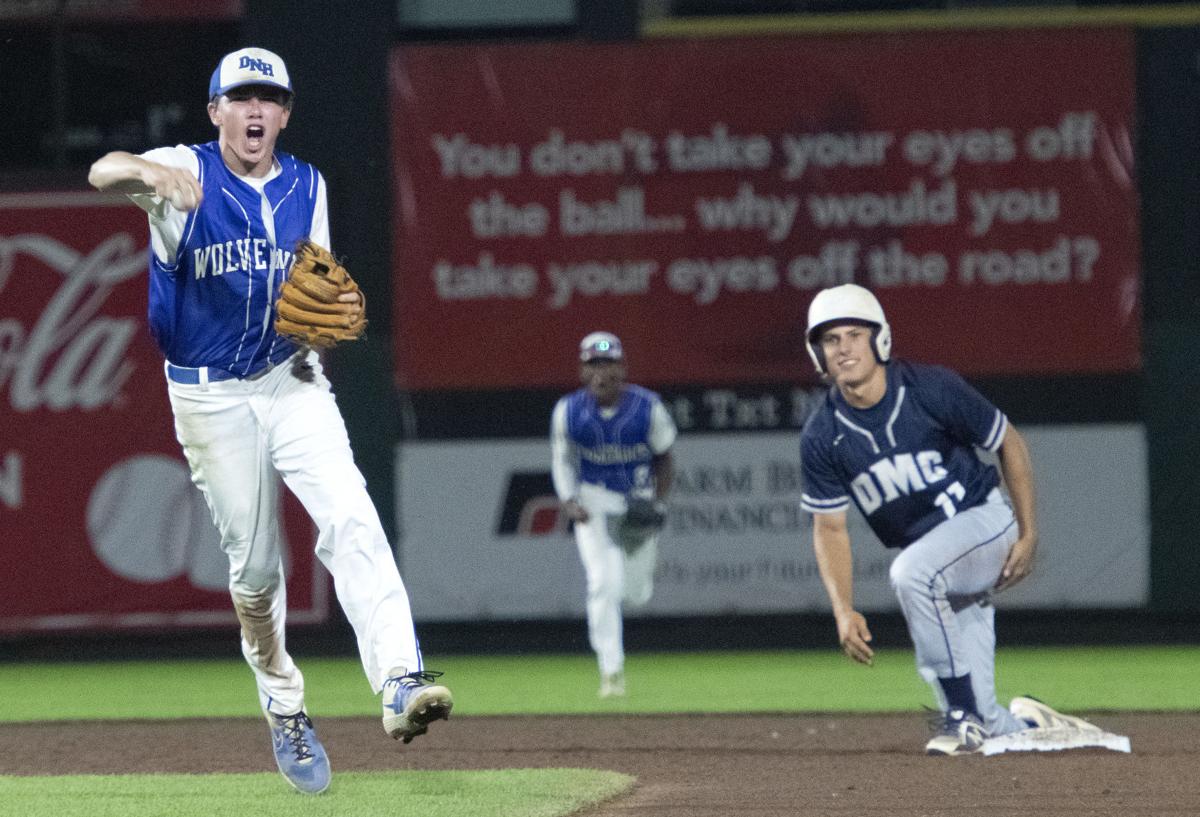 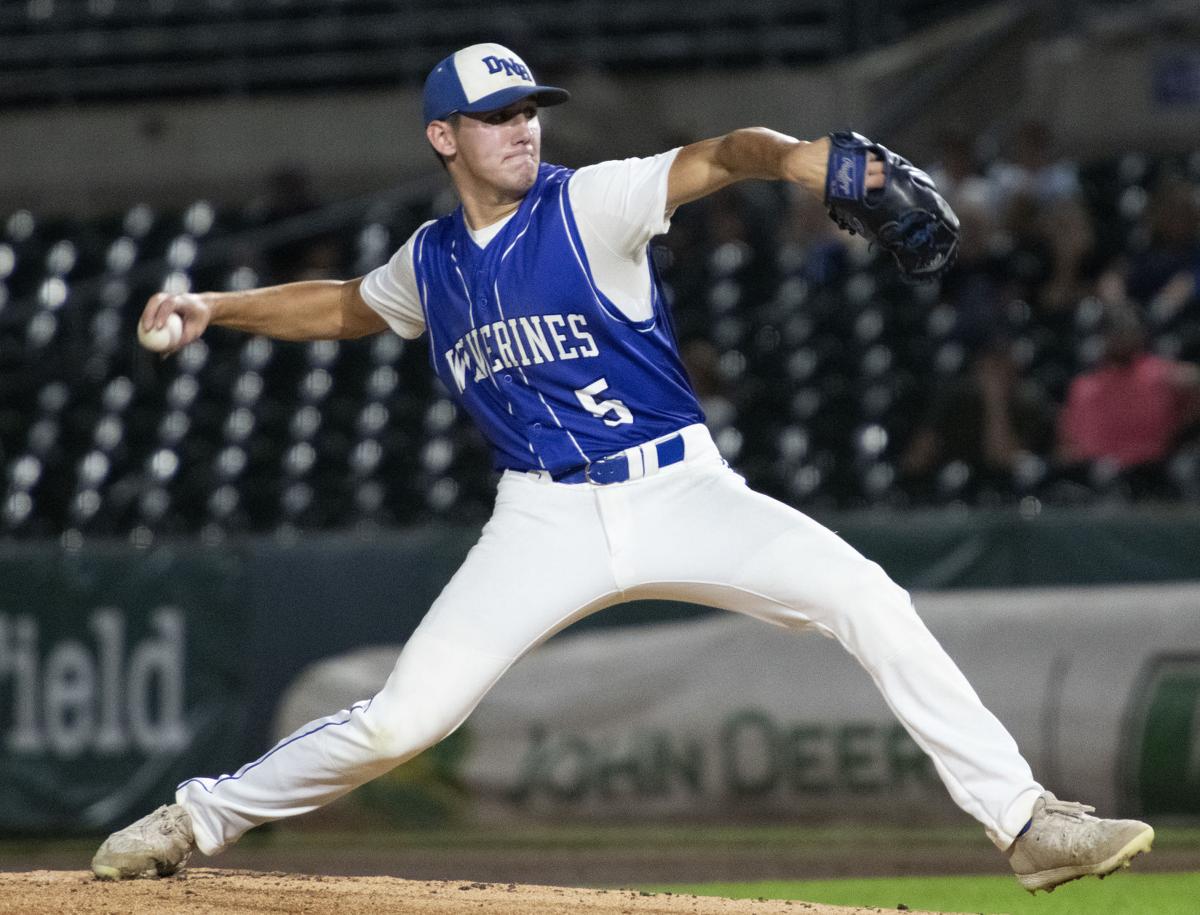 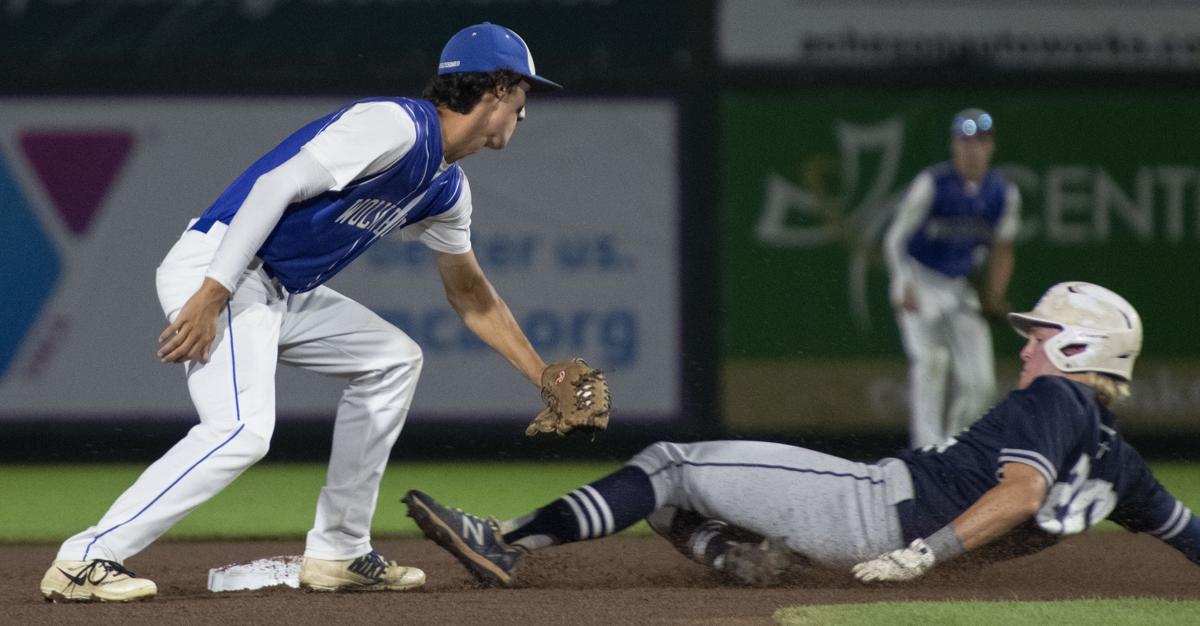 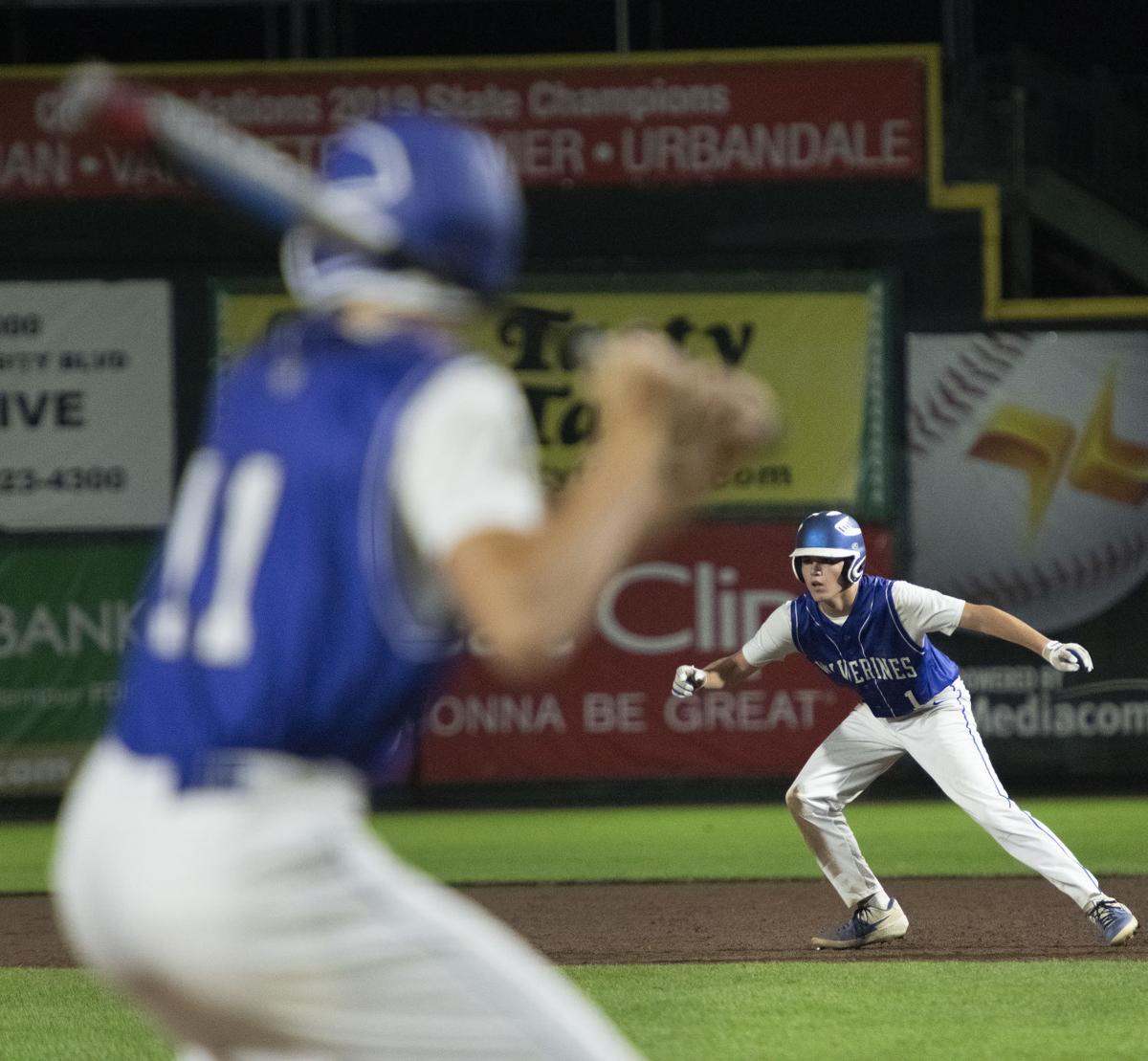 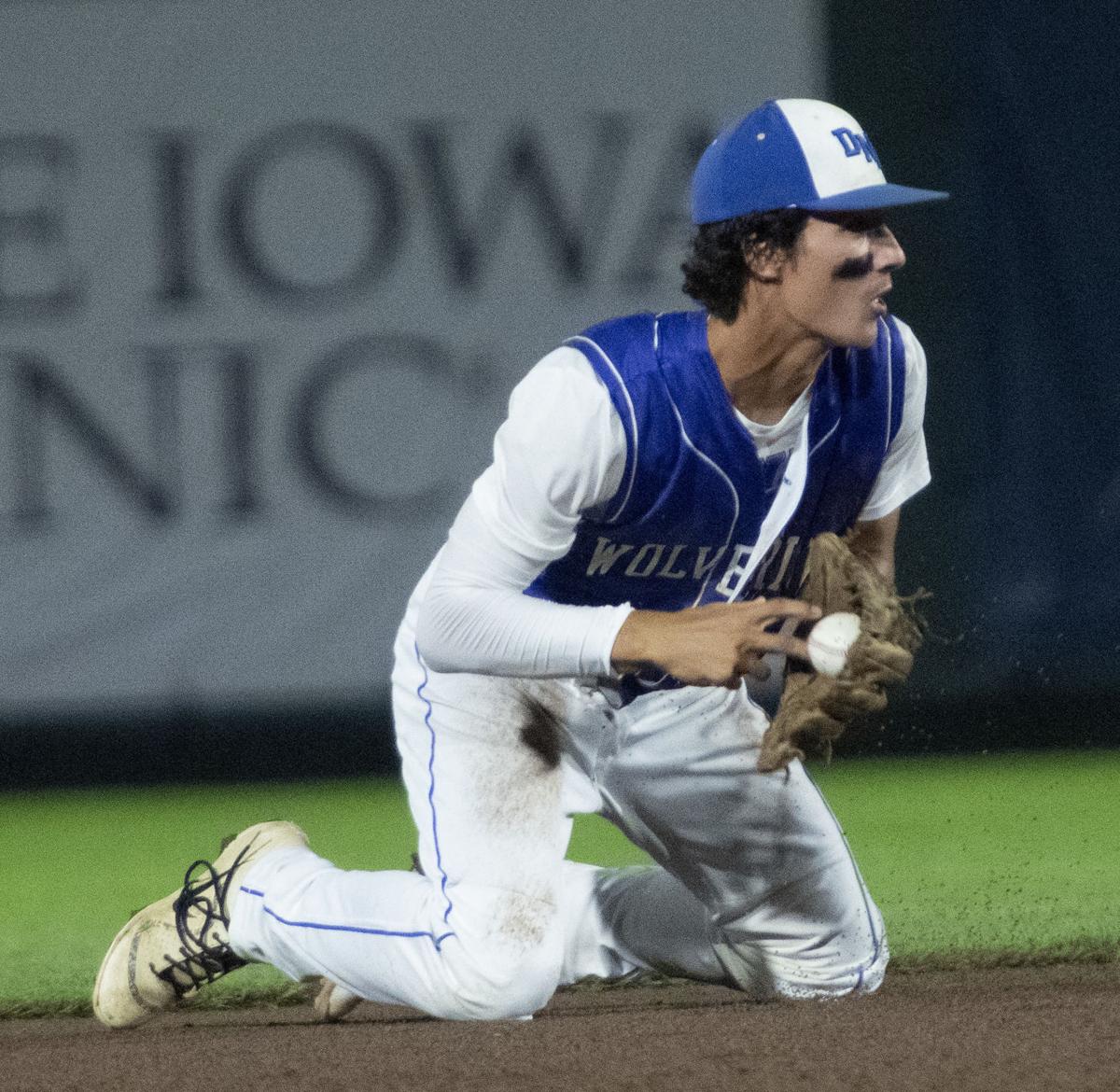 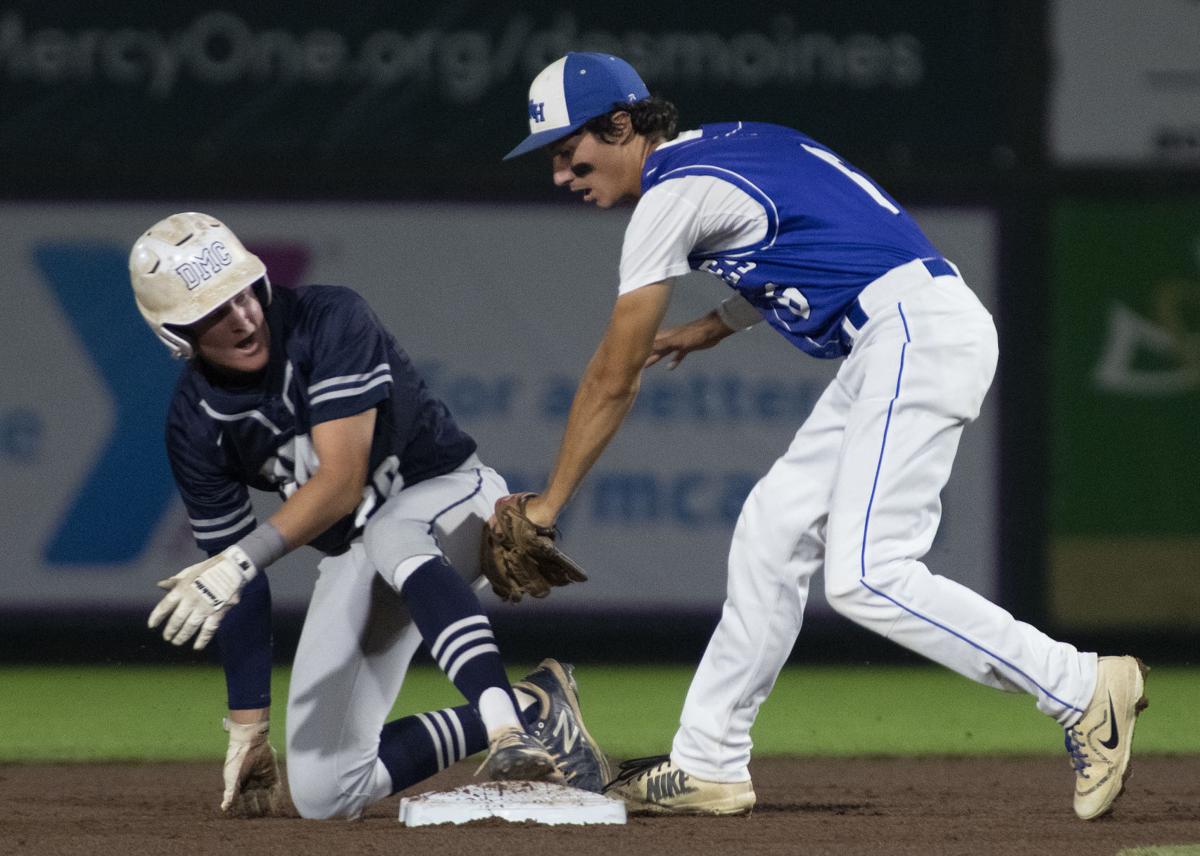 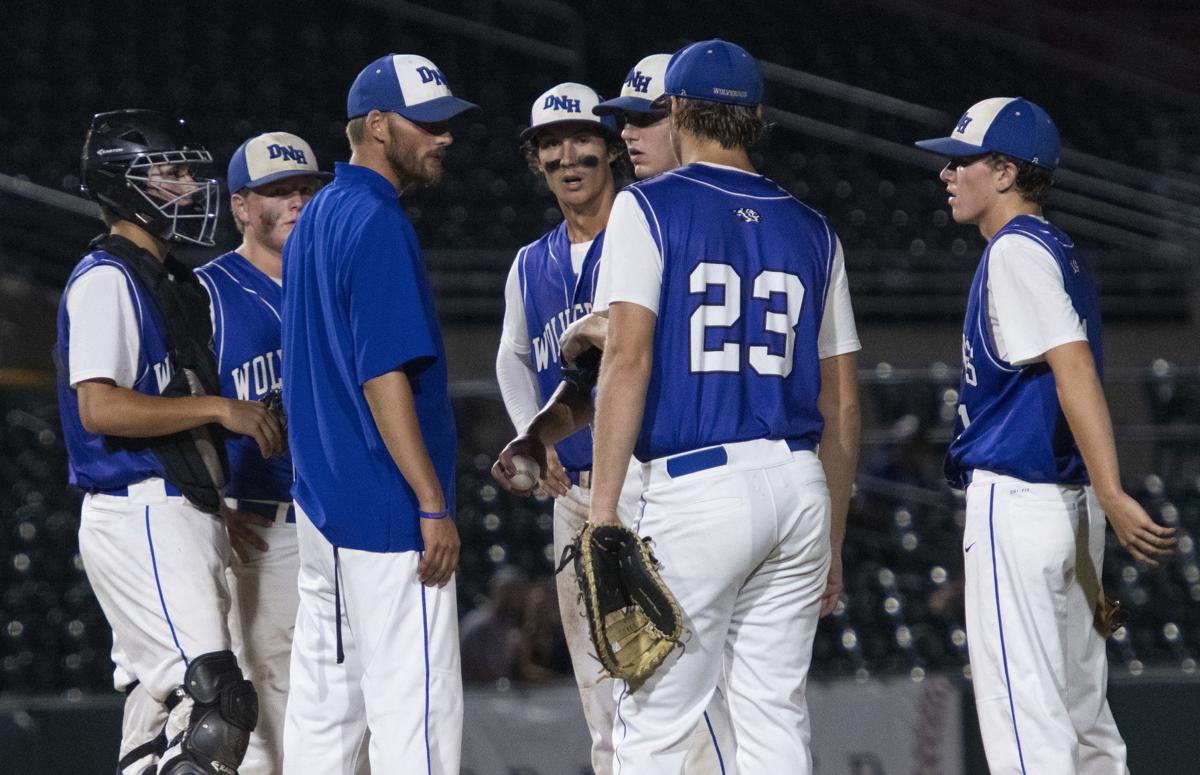 Bradley and Castile combined to record 16 strikeouts and allowed only four balls to be hit out of the infield.

“One hit is not going to do the job,” Dike-New Hartford head coach Sean Leonard said. “Their guy, we knew he was good, but he probably threw better than we thought actually.

“Sometimes it is two great baseball teams going at it in the state tournament and you just got to tip the cap. Unfortunately for us we scratched out only one hit and more times than not that is not going to be enough to win a ball game.”

The Lions (16-6) scored the game-winning run when Colby Shelton’s two-out bloop single to centerfield avoided the glove of a diving Wolverine centerfielder Parker Kiewiet, allowing Ben Leusink to score from second base.

DNH starter Reece Beuter worked into the eighth inning in a strong effort and finished the night by pitching 7 2/3 innings and allowing just three hits and striking out 12.

In the end, the Wolverines just could not do enough offensively as Drew Sonnenberg’s single to lead off the fourth was the only hit DNH collected in the game.

Bradley, a left-hander matched Beuter early on, working six innings and striking out 11. Reliever Trey Castile came on and pitched four perfect innings to earn the win as he struck out five.

“I think his velo kind of surprised us a little bit,” Beuter said. “We had been expecting him to throw hard, but I think the adrenaline and a quarterfinal game at state had him a few ticks faster. That kind of surprised us and our bats were slow and just never caught up. He did a heck of a job on the mound and I tip my cap to him.”

The Wolverines history-making first state tournament sees them end with a 15-4 mark.

“I think everybody should be proud of what these guys did all year and what they did tonight,” Leonard said. “Unfortunately, we fell a little bit short of where we wanted again. But they competed and gave themselves a chance.”

Dike-New Hartford scored in the bottom of the second without the benefit of a hit. Zak Wauters walked to open the inning. Then on a 2-1 pitch, Zach Starbuck bunted down the first base line. Lion pitcher Kole Bradley fielded the ball and tagged Starbuck out, but Wauters never stopped running. Bradley’s throw to third was wild allowing Wauters to race home for a 1-0 lead on the play.

DNH had a chance to extend its lead in the fourth when Sonnenberg opened the inning with a single to right and Beuter walked. But Bradley settled down and struck out the next three batters to extinguish the threat.

Des Moines Christian tied the score in the top of the sixth, scoring exactly how the Wolverines did in the second. Beuter walked No. 9 hitter Ben Leusink, and Dalton Lewis followed with a great bunt down the first baseline on the chalk. Beuter fielded it and rushed his throw which sailed wide and all the way down the line allowing Leusink to score and Lewis to reach third.

But Beuter struck out the next two batters and got Adam Witty to ground into a force out at second to end the threat.

In the seventh, Zach Starbuck and Devon Kollasch walked to open the inning, but an ensuing bunt attempt was popped up and the runner at second was forced out and a ground out ended the Wolverine inning. That was Dike-New Hartford’s last opportunity to score.

Don Bosco breaks semifinal jinx, advance to the Class 1A state championship game with 9-1 win over Kingsley-Pierson at Principal Park.

Dons won't find out about first-round state opponent until late Thursday morning as a postponement of one 1A substate game moved the seeding meeting back one day.

State baseball: Cedar Falls goes down swinging against No. 1 Johnston, 11-7

Cedar Falls rallied from down six to pull within a run, but Johnston's disciplined hitters never let up.

Don Bosco of Gilbertville reached its fourth Class 1A state semifinal game Friday with a 3-1 win over South Winneshiek of Calmar.