JESUP—A successful summer came to a frustrating and heartbreaking finish for Waterloo Columbus.

The Sailors saw an early lead evaporate before dropping a marathon 9-7, 11-inning battle to Waukon on Tuesday night in the Class 2A district baseball semifinals.

The Indians plated the eventual winning run in the top of the 11th when No. 9 batter Jack O’Neill dropped down an RBI squeeze bunt to break a 7-7 tie.

Teammate John O’Neill followed with a run-scoring single to give Waukon a 9-7 advantage.

Columbus (21-13) took a 4-1 lead through four innings, but also stranded nine base runners where it looked on the verge of breaking the game open.

Down 6-4 with one out in the seventh, Columbus catcher Alex Purdy delivered a clutch two-run single that eventually sent the game to extra innings.

Down 7-6 in the ninth, Purdy reached on an error and later scored on Patrick Steele’s sacrifice fly.

That sent the game to the 10th inning.

In Tuesday’s first game, Jesup‘s first batter blasted a home run to supply a spark that ignited his team.

Brodie Kresser’s teammates followed suit with an offensive rampage that led to a 13-1 district semifinal win over North Fayette Valley.

“We got off to a fast start and were able to score early and often,” Jesup coach Bruce Wall said. “Everybody in our lineup swung the bat well and that’s exactly what we needed.”

Jack Miller connected for a two-run homer for the J-Hawks, who scored nine times in the first two innings.

Starting pitcher Nate Cagley worked out of trouble in the second inning and turned in a superb performance for Jesup. He allowed just one hit and struck out six batters.

North Fayette Valley scored its lone run in the second by drawing two walks and being hit by two pitches.

“Nate settled down after the second and really pitched well,” Wall said. “He got into a good rhythm after that and he did a good job out there.”

Eight of the nine batters in the J-Hawk lineup had at least one hit. Jesup improved to 25-3 overall with the home victory.

Kresser also tripled and scored as the J-Hawks finished with 13 hits despite hitting in only four innings.

Photos from Columbus Catholic and Jesup baseball at Class 2A substate quarterfinals at Jesup on Tuesday. 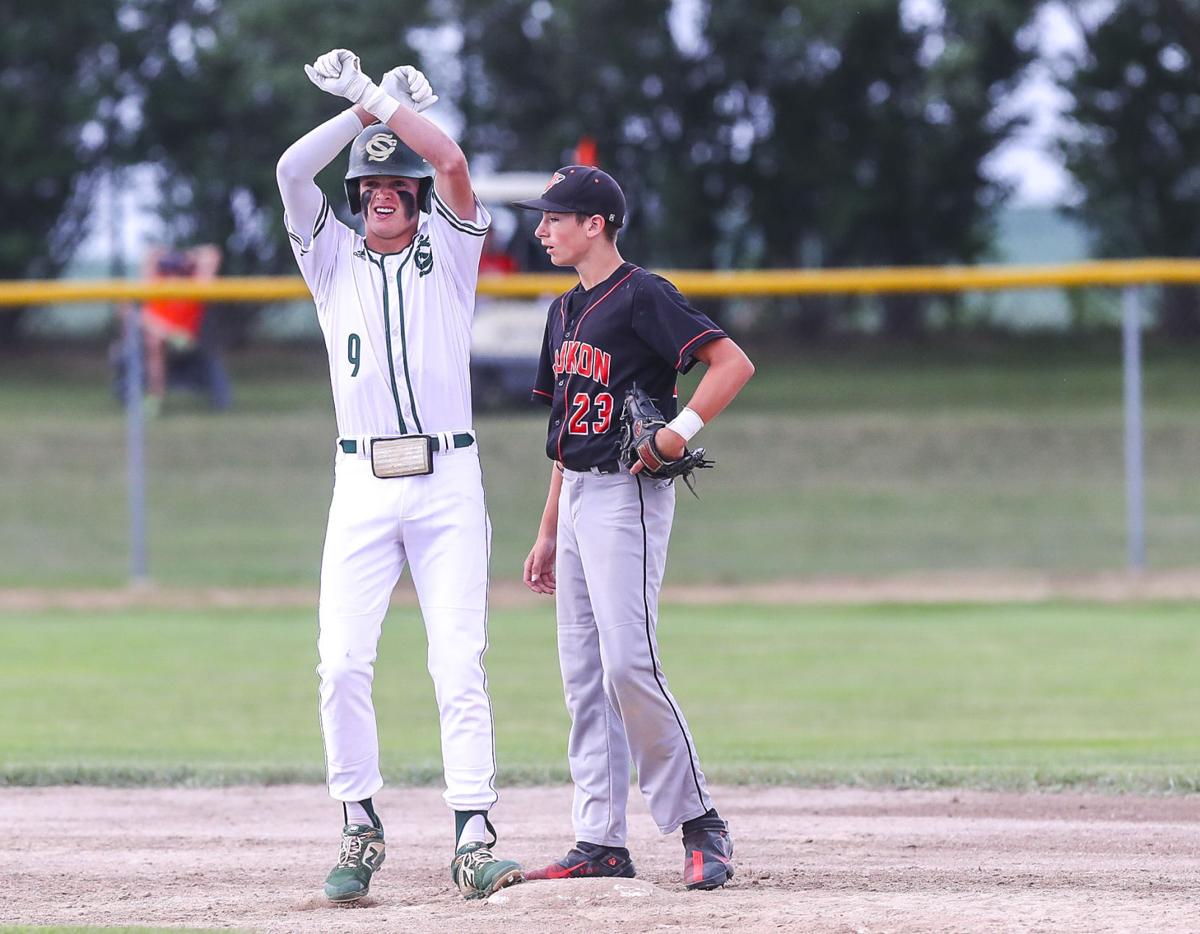 Columbus Catholic junior Carter Gallagher celebrates at second base after an RBI base hit against Waukon Tuesday in the Class 2A district semifinals at Jesup. 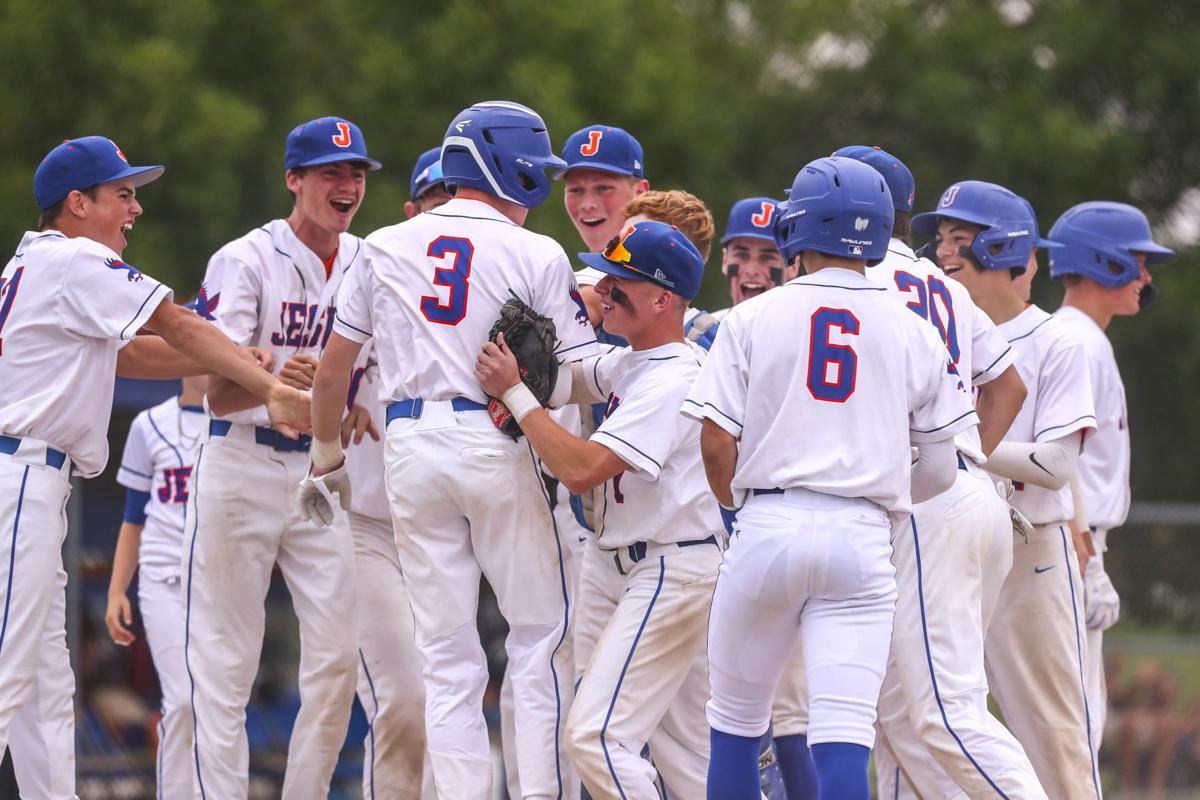 Jesup celebrate at home plate after freshman Jack Miller (3) hit a home run against North Fayette Valley Tuesday in the Class 2A district semifinals at Jesup. 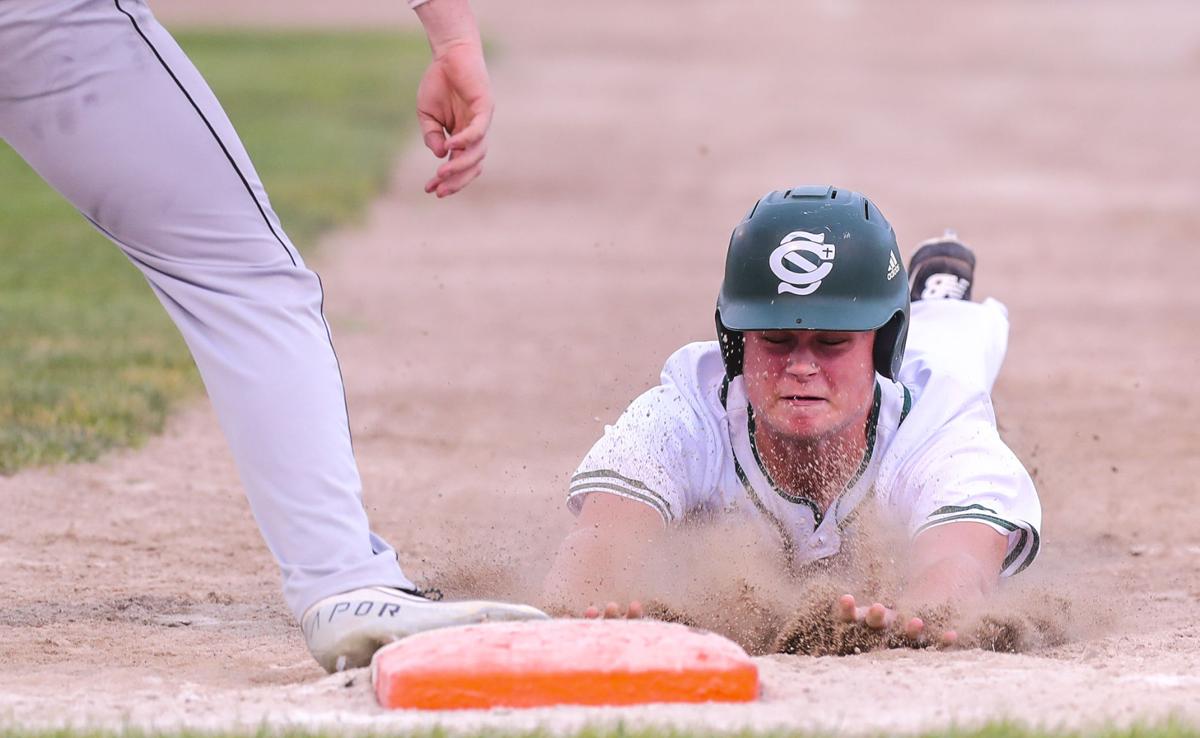 Columbus Catholic junior Eli Morrow slides back to first base after a pick off attempt from Waukon Tuesday in the Class 2A district semifinls at Jesup. 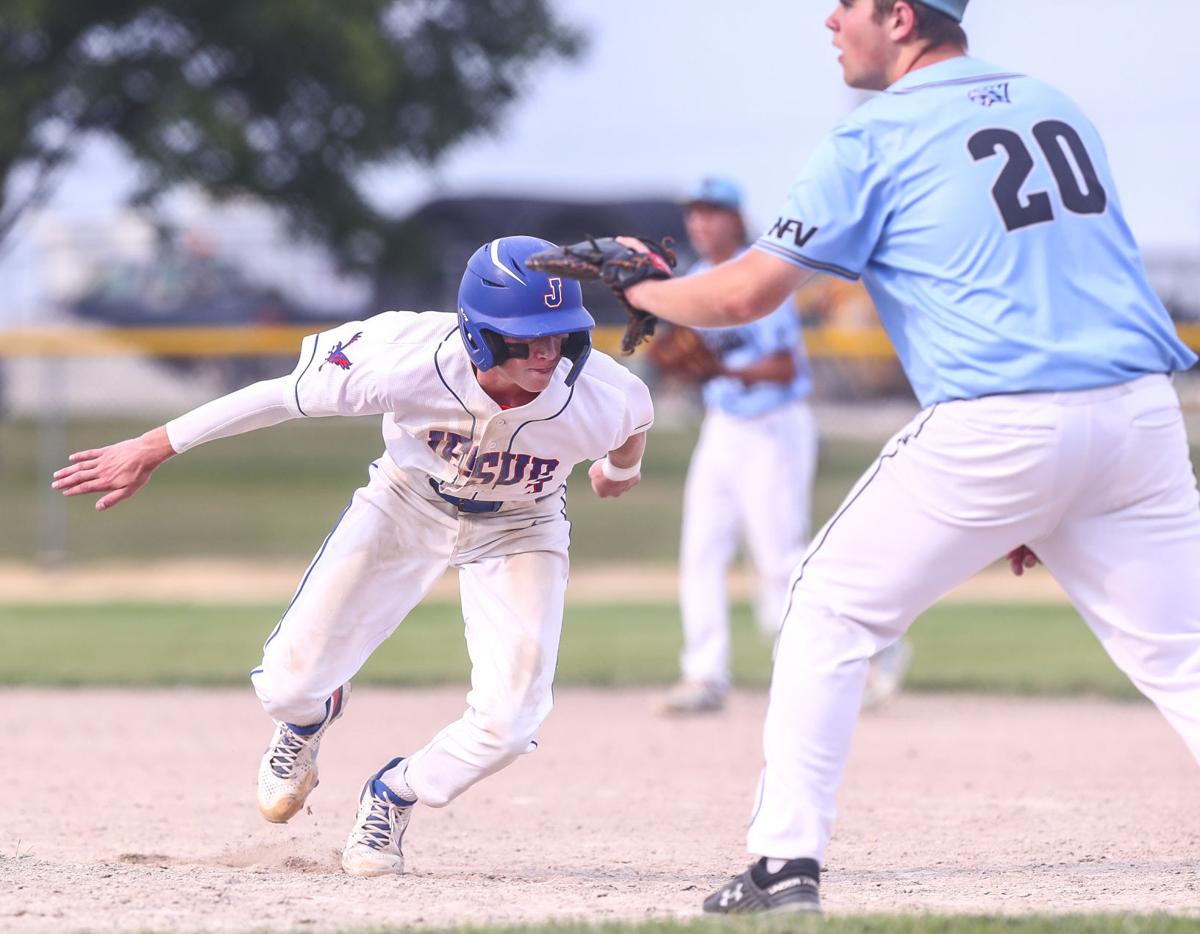 Jesup freshman Jack Miller retreats to first base on the pick off attempt from North Fayette Valley Tuesday in the Class 2A district semifinals at Jesup. 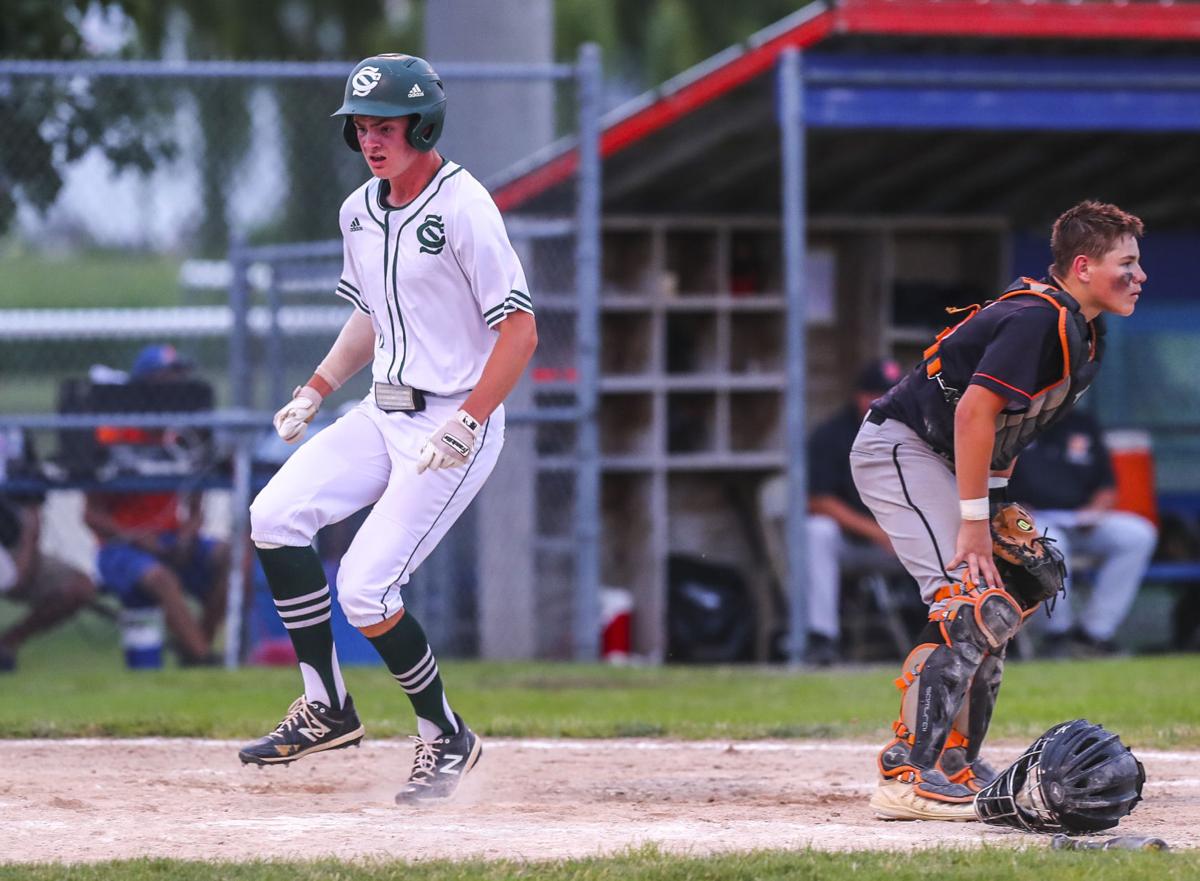 Columbus Catholic junior Caden Hartz crosses the plate for a run against Waukon Tuesday in the Class 2A district semifinals at Jesup.