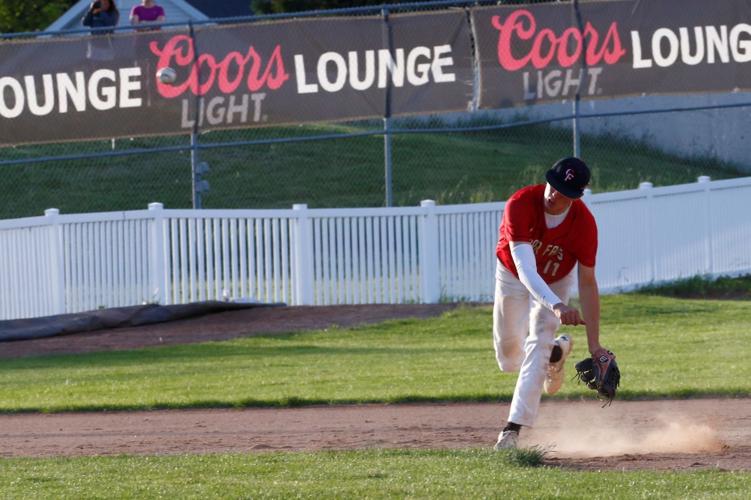 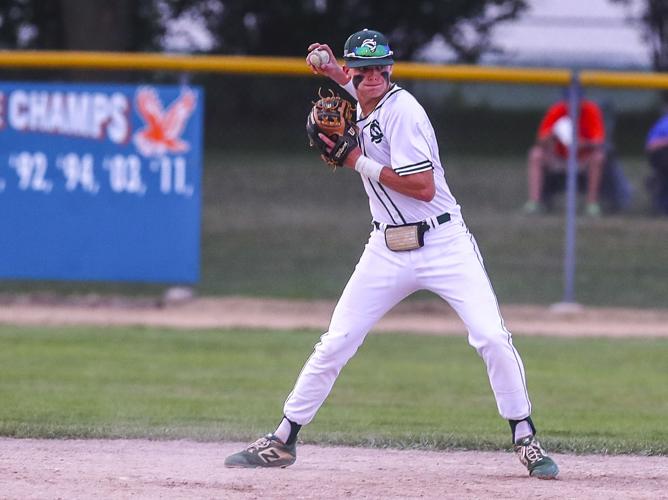 Columbus Catholic junior Carter Gallagher fields the ball and makes a throw to first base against Waukon last season in a Class 2A district semifinal at Jesup. 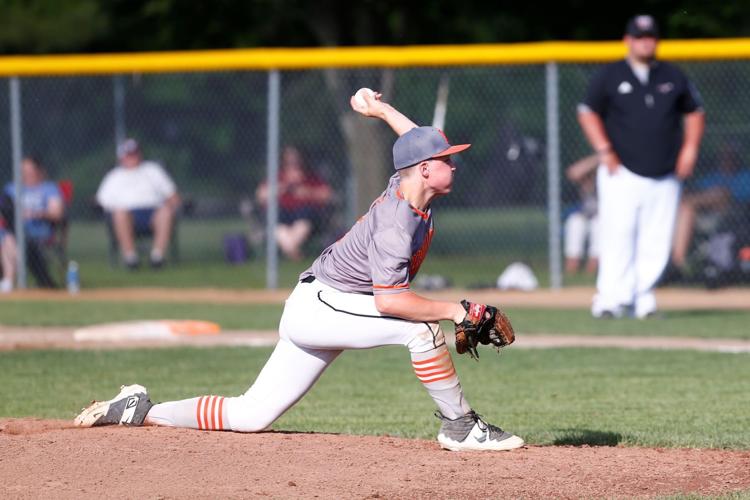 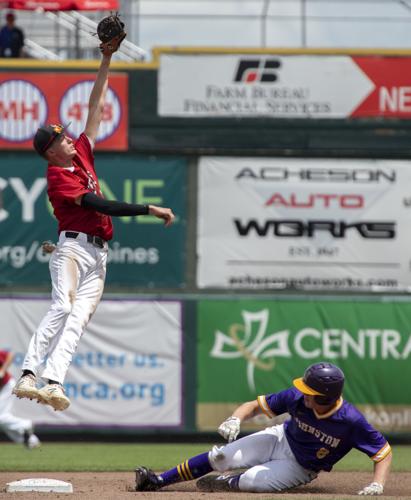 WATERLOO — The action gets real starting Monday for the four metro baseball teams.

For West, East, Columbus Catholic and Cedar Falls alike, a new season begins and a chance to showcase new and returning players, while proving what they can do with the graduation of their previous stars.

Seniors Landon Sturch and Nolan McCann return, with Lamphier billing the latter as a jack of all trades on the field. After contributing to a successful year for the Waterloo Warriors, senior Caden Pries is also back.

Meanwhile, good sophomore players will be coming back to form the junior core of the team. Twins Alex and Josh Willis top that list. Josh is currently being looked at their top pitcher this year. After splitting time between the sophomore and varsity teams last summer, sophomore Tayvon Holomar is also stepping into a leadership role, with Lamphier expecting him to be one of their top hitters.

In practice, Lamphier says it’s all culminated in an eager and cohesive team of up-and-coming talent and experienced players looking to lead by example.

Waterloo EastEast head coach Eric Jesse graduated a core group of key players from his 2021 squad, but he says younger, greener players have gained valuable experience at the same time. .

Jesse also feels there is some talent coming up from last year’s junoir varsity team that will finally be able to showcase their talent. With that combination, Jesse says this is the most talented team he’s coached yet.

“This year’s a little different because we’re dealing with how to handle expectations – like high expectations as a team – because we have so much talent,” Jesse said. “So that’s kind of been an adjustment the first week or so of practice. But the guys are buying in. I think we’re in for a really good season.”

Jesse says their pitching core is solid, with three of their top four throwers back from last year. Junior Justin Thomas has possibly their best arm and is looking for his breakout season, both at the mound and the plate. Senior Caleb Spooner is also returning, while freshman Maddox Harn will have his time on the mound after an impressive performance in the eighth grade.

Jesse also says there’s been some improvement in their performance at the plate, an issue that plagued their previous season. Currently, he says they’re the best they’ve looked in his tenure.

“We obviously want to swing at strikes, but find a way to get on any way possible,” Jesse said. “In our book, you take a walk, you get hit by a pitch, that’s just as good as a hit. And when we do make contact, we want to hit the ball hard and find as many barrels as possible.”

Thomas and Spooner are expected to be two of their top bats, along with sophomore DeMaris Henderson.

Columbus Catholic will face tough competition in the North Iowa Cedar League, but new head coach Bob Etringer said he wouldn’t have it any other way.

Columbus has no interest in being large fish in a small pond. In fact, they want to stack their schedule to be as difficult as possible. After all, rough seas make stronger Sailors.

Etringer spent the past four seasons as an assistant coach for Columbus prior to moving up to the head role.

Columbus has a promising pitching core, but Etringer said they’re interested less in power and more on versatility. This includes a wide variety of pitches to keep opposing hitters guessing. Sophomore Nick Merrifield in particular has emerged as a thrower with high potential, with 52 strikeouts and 3.14 ERA in his freshman season.

On offense, Gallagher will be joined by the bats of fellow seniors Caden Hartz and Alex Purdy. They’ll be focusing on a small ball strategy – keeping the ball in play and opposing defenses on their toes. Etringer added that their strategy of keeping the ball in play will give their opponents more opportunities to slip up, which they can score off of. It’s also a more fun way to play the game.

“I think when you play baseball the right way, it is to have fun,” Etringer said. “And if you’re having fun, you can be successful.”

The Tigers lost some key components from last year’s highly successful team. But talented younger players who saw extensive action last year are coming back with more experience which head coach Brett Williams says will be an asset moving forwards.

“Losing those guys is really going to hurt us, I think, but one thing I know is we’ve got some good senior leadership,” Williams said.

Cedar Falls will have to replace sluggers Gage Flanscha and Connor Woods, meanwhile, the graduation of top throwers Zach Neese and Brayden Smith, has also left a gap in the pitching core.

Fortunately for Cedar Falls, six of the players that were on the starting roster for their sub-state final team are coming back. Talented players like seniors Ben Phillips, Caleb Raisty, Jaden Kramer and Max Steinlage are looking to break out in their last season.

While the pitching is somewhat green, Williams said the talent is definitely there waiting to be proven. An asset in this front, Williams said, is the depth of the roster allowing for good hitters to also pitch.

“We’ve got some kids that can provide us with flexibility in our lineup,” Williams said. “So a kid like Caleb, he’s going to be asked to pitch a little more than he has in the past.”

Steinlage was also singled out for praise by Williams, having closed out the last two games that got the Tigers to the state tournament in 2020.

At bat, Williams said there will be more left-handed hitting than in previous years, which can add more challenges to opposing defenses.

Phillips will likely lead the offensive effort and what he lacks in power, he makes up for with intelligence and consistency. Phillips finished out last year with a .403 batting average and a .522 on-base percentage, leading Cedar Falls in hits, runs and stolen bases.

And alongside those returning players, Williams says there are plenty of hungry players waiting for a shot in the diamond.

“I think we’ve got a lot of options this year,” Williams said. “And so there’s going to be some competition to hit and.. if guys are struggling, there are going to be some guys that are ready to take that spot again.”

Cedar Falls and Waterloo East will square off Saturday in the championship game of the metro tournament following impressive wins Thursday. The Tigers beat Columbus, 16-0, and the Trojans beat West, 18-10.

Columbus Catholic junior Carter Gallagher fields the ball and makes a throw to first base against Waukon last season in a Class 2A district semifinal at Jesup.