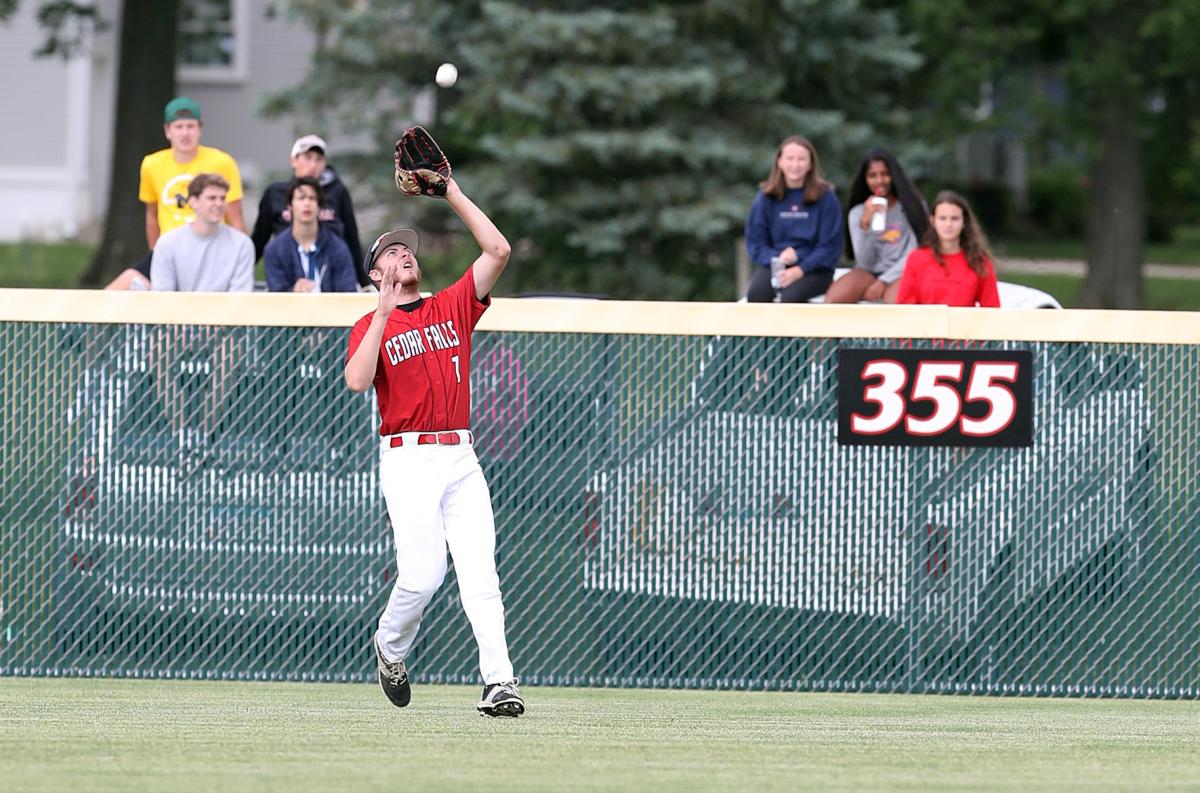 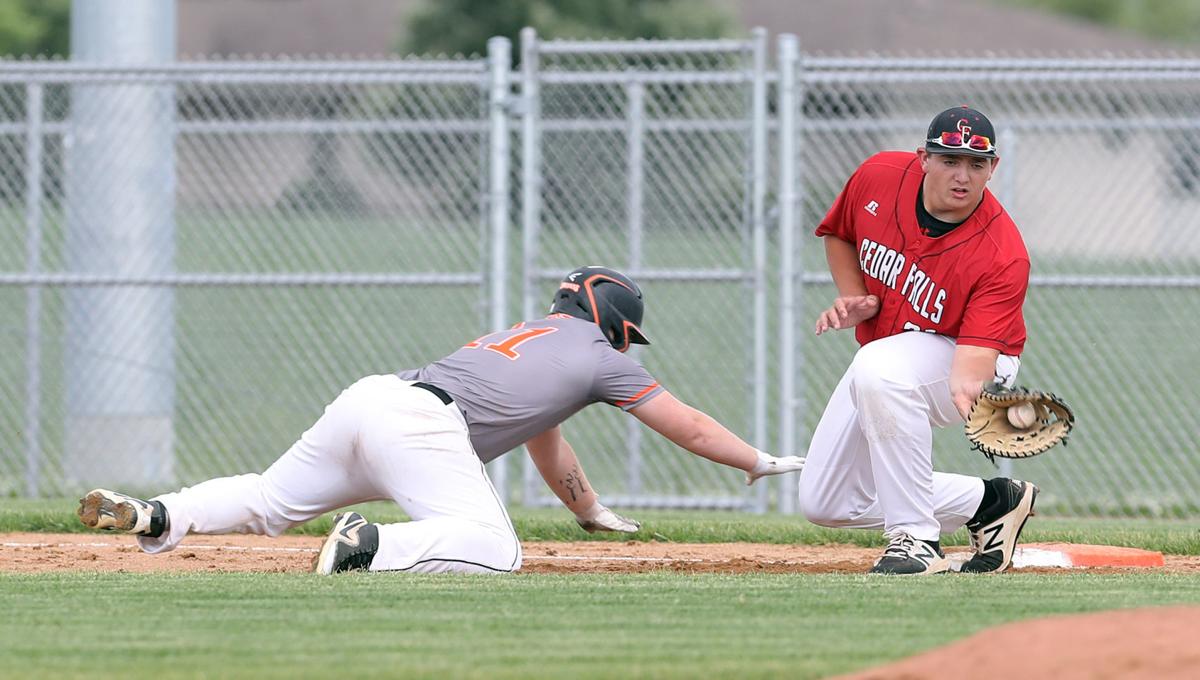 Waterloo East's Dakota Albright tries to get back to first base as Cedar Falls' Drew Hoth makes the catch for the out Tuesday in Cedar Falls. 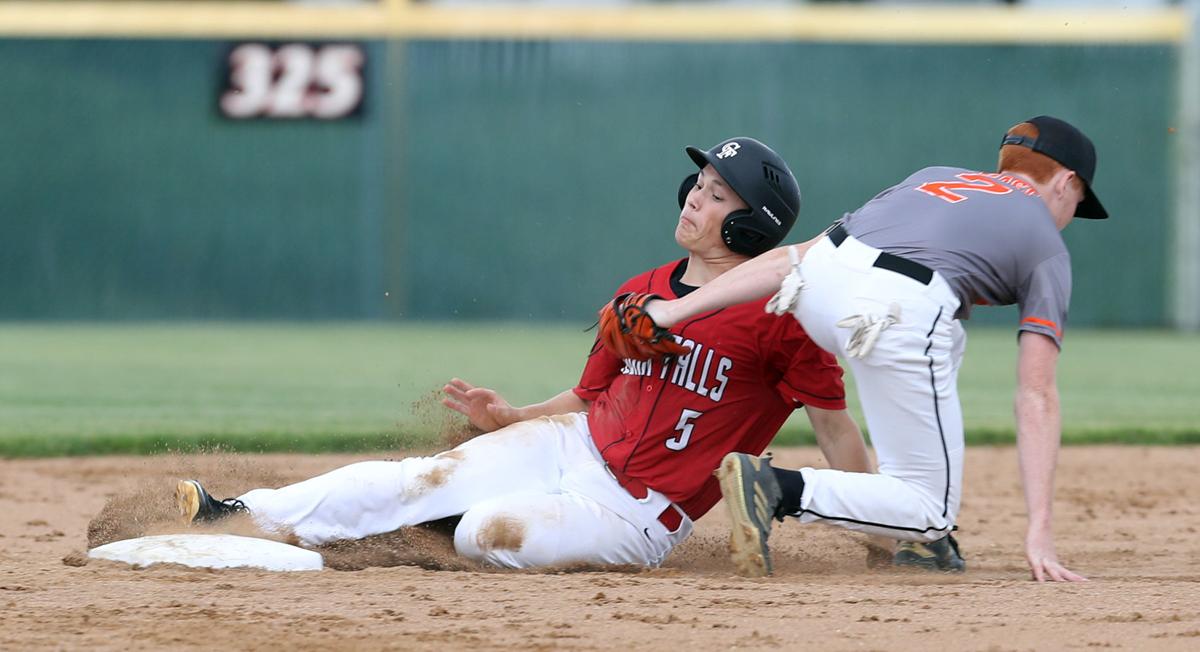 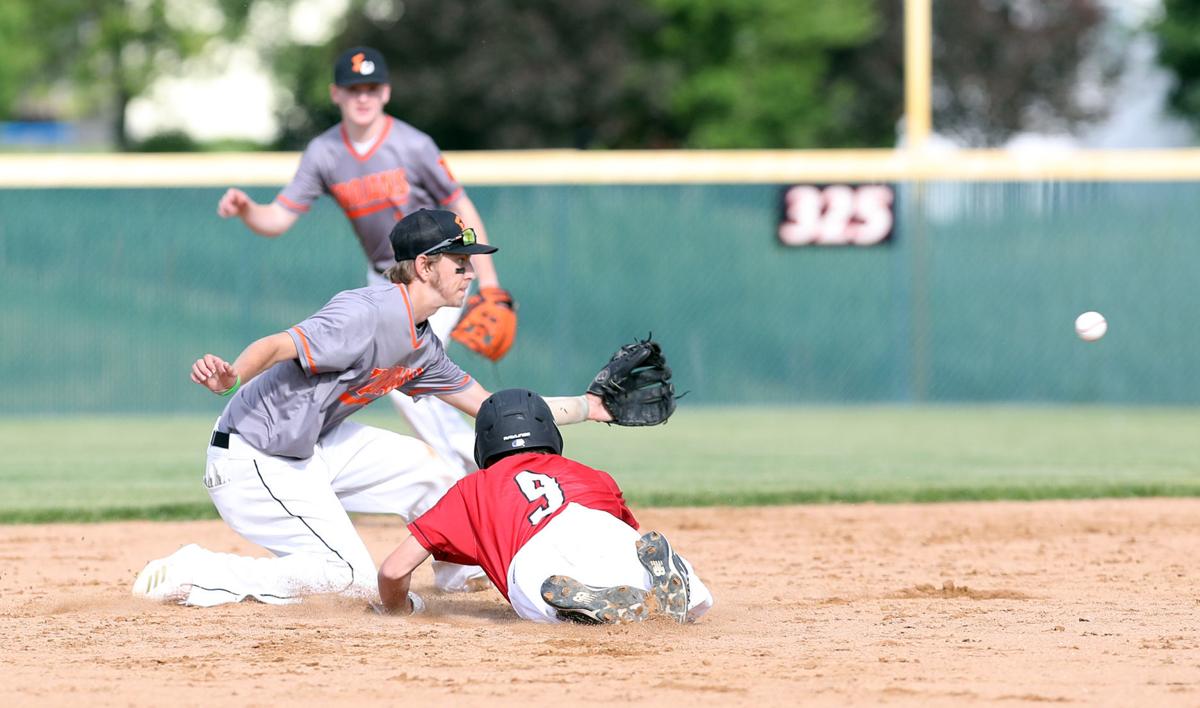 Cedar Falls' Brody Bartlett dives back to second base ahead of the throw to Waterloo East's Xander Bauler during action in Cedar Falls.

And one thing is definitely certain.

The Cedar Falls Tigers are ready to compete with anybody.

The Tigers downed the Trojans 10-4 and 14-4 in Mississippi Valley Conference baseball twinbill.

“East came out and played with a lot of energy,” Cedar Falls coach Brett Williams said. “They’ve got some kids who play hard. We are competitive and we don’t like to lose. We are happy to be 4-0 and that’s great, but we’ve got some really good teams coming up on our schedule.”

The Trojans came out strong in Game 2, grabbing an early 2-1 lead before Cedar Falls countered with a big inning to take command.

The Tigers sent 10 batters to the plate in the third inning while scoring five runs. Jaden Kramer capped the inning by connecting on a run-scoring single.

East did close within 6-4 in the fifth inning, but Cedar Falls answered. Gage Flanscha drilled a bases-loaded single into right field to drive in a pair of runs.

Jaden Kramer delivered a strong pitching performance for the Tigers in the second game. He came on in the fifth inning and retired the first four batters he faced.

A determined East squad battled the Tigers close in a hard-fought Game 1 before Cedar Falls pulled away late.

The Trojans broke on top early before the Tigers regained control. East battled back to draw within a run in the top of the sixth inning. East’s Xander Bauler delivered a two-run single to right field to cut the Cedar Falls lead to 5-4.

The Tigers responded in the bottom of the inning, striking for five runs. Drew Hoth crushed a ball off the fence in left-center field to drive in two runs before Brody Bartlett followed by lining a two-run triple into right field.

“East is a lot better than they have been – they surprised me and their pitching is better,” Hoth said. “We didn’t play our greatest game, but we got the job done. We are a young team and we just need to keep working.”

Barlett finished 3-for-4 in the opener while driving in five runs.

Hoth launched three deep drives into almost the same spot in left-center during the twinbill. He had four RBIs on Tuesday.

“We are off to a good start this season, but we know we have to play better,” Hoth said. “We had seven errors tonight and we can’t afford to do that. We haven’t been on that field that long with everything going on and it’s great to be out there playing again.”

East’s Jaxson Cooper collected a combined three hits, including a double, on Tuesday.

Cedar Falls has dominated the series with East in baseball, winning the last 25 times the teams have met.

“We looked really good at times, and we had some innings where we struggled some,” Williams said. “Our pitchers need to be consistent and we need to continue to improve. We’ve got some good young kids who don’t have a lot of experience. I’m proud of the way they’ve competed.”

Waterloo East's Dakota Albright tries to get back to first base as Cedar Falls' Drew Hoth makes the catch for the out Tuesday in Cedar Falls.

Cedar Falls' Brody Bartlett dives back to second base ahead of the throw to Waterloo East's Xander Bauler during action in Cedar Falls.