AMES — Iowa State sophomore center Colin Newell went down with a knee injury late in the game against Northern Iowa.

He had the bye week to rest it, but his status for Saturday is still in question.

“Colin Newell is still questionable for this game,” Iowa State coach Matt Campbell said. “We’ll be back out at practice today (Tuesday) and we’ll see how much he can or can’t do today.

“With what we ask that center position to do, he has to be able to function from a mobility standpoint. He’s worked really hard to get himself back. It’ll be really interesting to see where he’s at today.”

If he’s unable to go, Campbell is isn’t sure what the offensive line will look like.

Left tackle Julian Good-Jones played center his whole sophomore year and during the Iowa game last year, but if he plays center, who does Iowa State move to left tackle?

Campbell and his staff will mix and match the offensive line this week to try and find that answer.

“It’s about putting the best five out there that give us the best chance to be successful,” Campbell said. “If Colin’s not out there, I feel we’re a lot more ready to handle that situation if it presented itself, today, than we have been.”

CONTAINING EPENESA: As a former defensive end himself, Campbell appreciates what Iowa defensive end A.J. Epenesa can do on the football field.

“When you’re talking about A.J., you’re talking about a generational talent in terms of pass-rush ability,” Campbell said. “That’s one of the things that’s been really fun to watch. You have a lot of respect for a guy that has so many tools in his tool box. He has the ability to expose you on every snap.

“We’re going to have to find ways to help ourselves out.”

The problem with Iowa’s defensive line is, while Espenesa is the star, the other three players can more than hold their own.

“That’s the challenge with this defensive front,” Campbell said. “Across the board, all four guys are guys that can win one-on-one matchups. That’s where their strength has lied for so many years on the defensive line. If you’re just going to focus on one guy, somebody else is going to expose you.”

To compound the problem, Newell could be out with an injury, forcing Iowa State to shuffle the line.

Right guard Josh Knipfel said the only thing that changes if Newell doesn’t start is the center and the two guards might not have quite the same chemistry, which could take some getting used to.

Against Iowa’s defensive line, there isn’t a lot of time to find a rhythm.

Iowa State could use a tight end to help out on the edges, but Campbell’s leery of getting stuck in a rut.

“The thing for us, especially at the tight end position, is those guys are multiple in a lot of ways,” Campbell said. “They’re great pass catchers, they’re blockers, we’ve asked them to protect for a long time. Every game you have to be multiple because no matter who you’re playing, especially a team like this that knows their answers, they’ll expose you if you’re going to just do one thing the entire game.”

IOWA’S OFFENSE: Iowa State is going from playing a freshman quarterback making his first start in UNI’s Will McElvain to a senior quarterback who’s played in 35 career games in Iowa’s Nate Stanley.

“What you see from Nate, even in his first two games, the confidence that he’s playing with, you see a veteran, senior football player playing with great poise and great confidence,” Campbell said. “When you’re playing that, you’re not playing so much against the offensive coordinator, you’re playing against that quarterback because he knows his answers and he has the ability to adapt. You see him making changes throughout the game to put his team in the best position possible.

“We’re going to have to do a great job of preparing to play against him.”

In addition to Iowa’s always potent rushing attack, the Hawkeyes have impressive players at the skill positions for Stanley to get the ball to.

“The next thing you want to talk about with their passing game is their elite skill right now,” Campbell said. “That’s jumped off the screen early on from their video. They have explosiveness from their wide receiver position – that’s been impressive. It’ll be a great challenge for our secondary.”

Cedar Falls put together an impressive performance Tuesday on its home course to claim the 2019 Metro boys' golf title.

UNI football: Panthers will work hard in off week

Mark Farley says Panthers have plenty of weaknesses to fix and strengths to fortify in off week.

Heading into fall camp, Iowa State had one vacancy to fill in the starting linebacker corps. O'Rien Vance seized the opportunity. 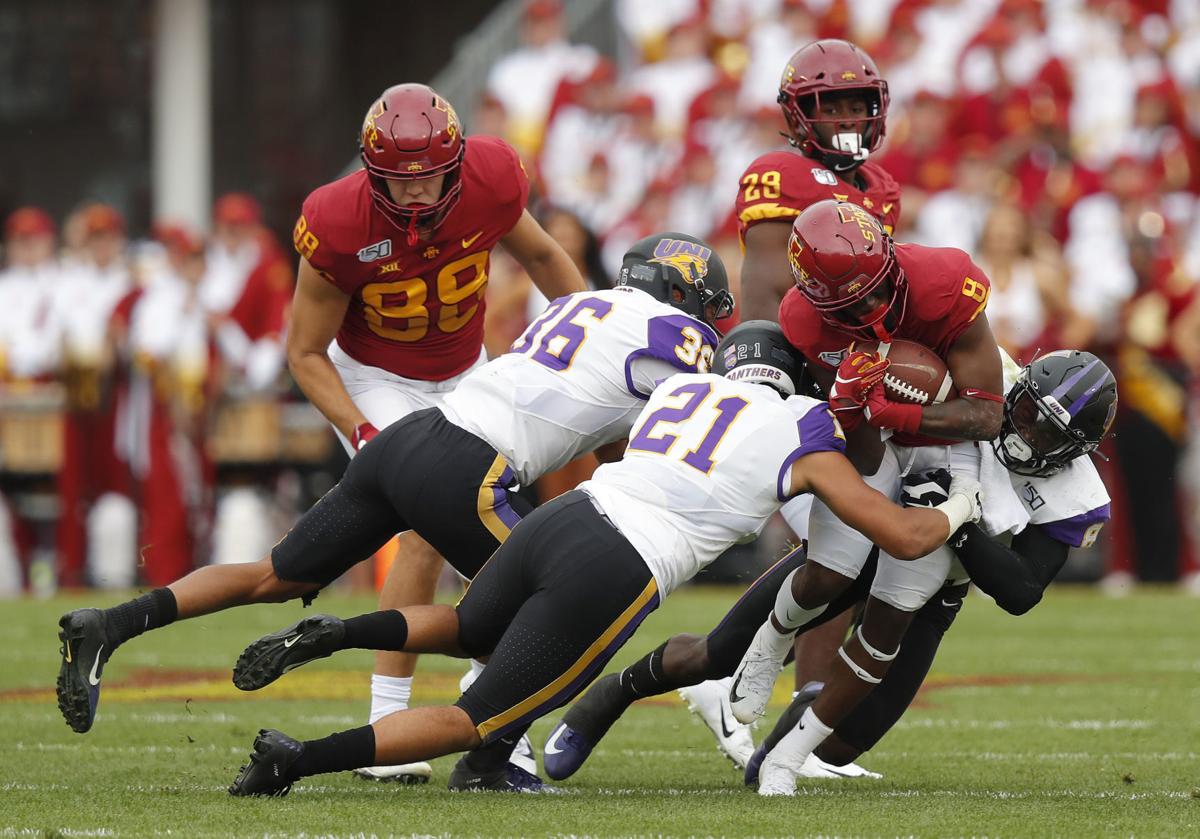