IOWA CITY — The University of Iowa plans to name the field at Kinnick Stadium for Duke Slater, a trailblazing Black player who was an All-American tackle a century ago, two people familiar with the proposal said Wednesday.

The people spoke to The Associated Press on condition of anonymity because the plan to honor Slater hasn’t been announced. A university spokeswoman didn’t immediately return messages seeking comment.

The Iowa Board of Regents, which governs the university, is set to consider and approve “a proposed facility naming” recommended by the school at a meeting next week. No details about the agenda item have been released.

After leaving Iowa, Slater became the NFL’s first Black lineman and a pioneering Chicago judge, and he will be inducted next month into the Pro Football Hall of Fame. Slater died in 1966 at age 67.

Slater went to high school in Clinton, and played for the Hawkeyes from 1918 to 1921. He helped the 1921 Hawkeyes finish 7-0, including a victory over Notre Dame and coach Knute Rockne that ended their 20-game winning streak. He entered the College Football Hall of Fame in 1951.

Slater played as a two-way lineman for 10 seasons in the NFL with teams in Rock Island, Milwaukee and Chicago, becoming the longest-tenured African-American player of his era.

Slater earned a law degree from Iowa while playing in the NFL. He later worked as a lawyer in Chicago, and became one of the city’s first Black judges.

The idea of honoring Slater at Iowa’s stadium first surfaced more than 50 years ago.

Boyd’s idea faced pushback from some fans and a committee who opposed having a joint name. As a compromise, the university named the stadium for the late Kinnick, and a residence hall for Slater.

Slater Residence Hall, which has housed generations of Iowa students, was the first building on Iowa’s campus named for an African-American but few students have knowledge of its namesake. As a Black student, Slater himself would not have been able to live in a campus dormitory under practices in place at the time.

The university in 2019 added a bronze sculpture to commemorate Slater and the 1921 team outside Kinnick Stadium.

After protests for racial justice erupted across the nation and on campus in 2020, some supporters renewed their push to put Slater’s name on the stadium. They argued that the 1970s compromise snubbed one of Iowa’s greatest Black athletes and scholars.

“Changing the stadium’s name can’t change the past. However, it can make a statement about our identity as a university, community and fans going forward,” university alumnus Cole Grolmus wrote in an op-ed piece last June.

Last year’s protests also prompted several former Black players to call out the racial insensitivity they faced while playing under Iowa coach Kirk Ferentz, who apologized and made several changes, including allowing kneeling during the national anthem.

An investigation by an outside law firm hired by Iowa found the program’s rules “perpetuated racial and culture biases and diminished the value of cultural diversity” and allowed coaches to demean players without consequence.

A group of former Black players is suing the program and two top Ferentz assistants, including his son and offensive coordinator Brian Ferentz, for discrimination. Some rival schools are believed to be using the allegations against Iowa in recruiting battles.

Among Power Five conferences, there is only one football stadium that carries the name of a Black player — Iowa State’s Jack Trice Stadium.

Detroit Lions embrace being underdogs in 2021

What will it take for the Giants to take down the Dodgers?

What will it take for the Giants to take down the Dodgers?

What impacted the line move on the Dodgers?

What impacted the line move on the Dodgers? 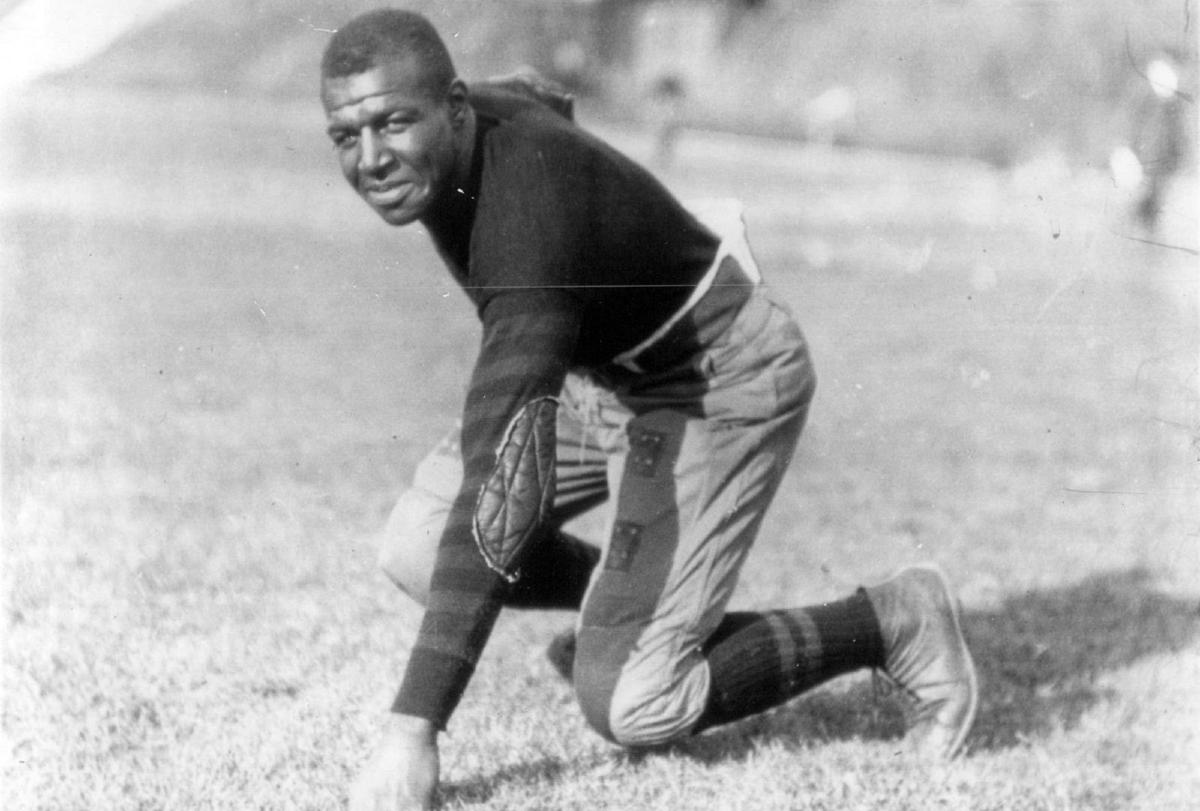 Iowa football player Frederick "Duke" Slater poses for a photo in 1921. Slater was the NFL’s first African-American lineman, and often the only Black player on the field. 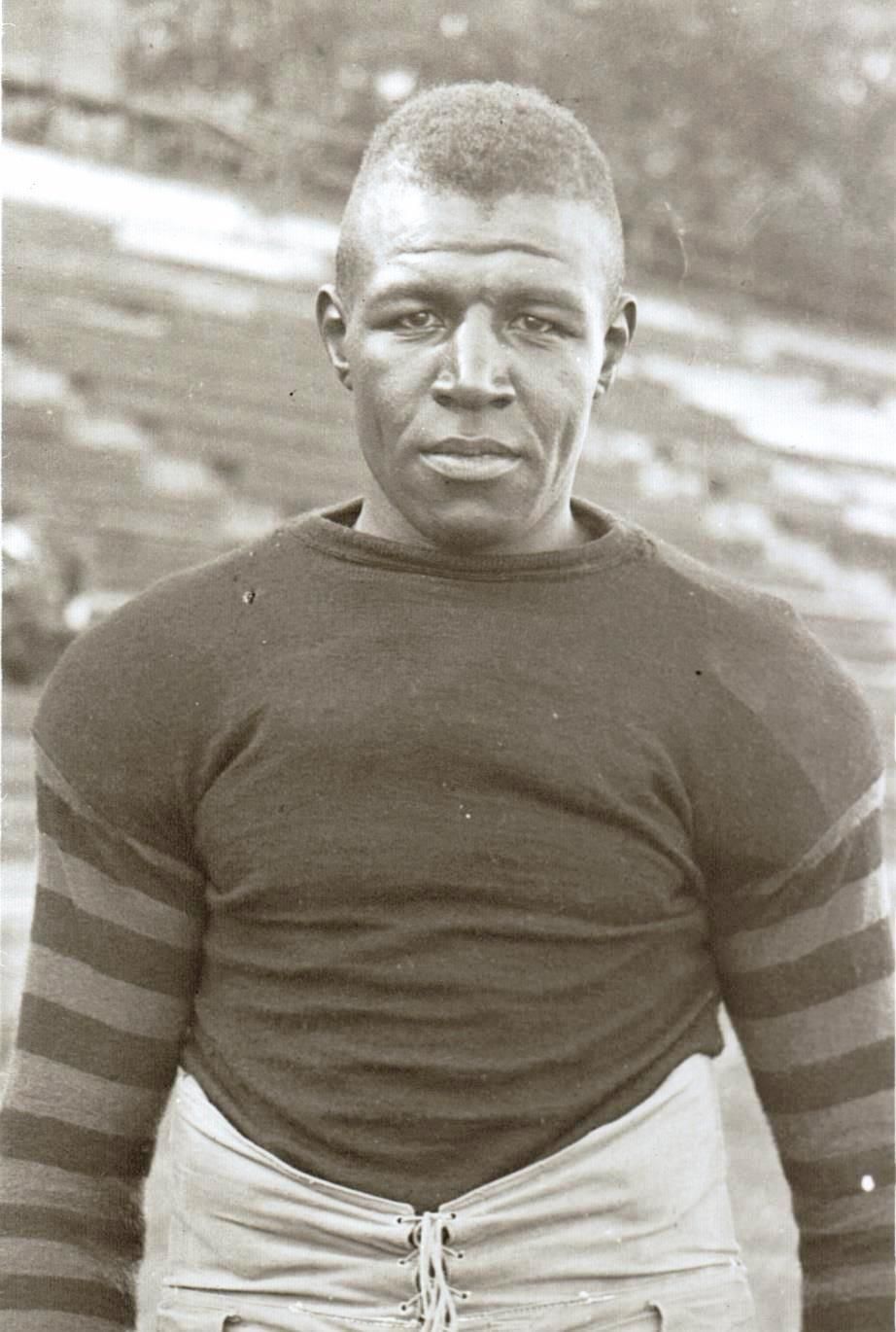