Johnson, who was ranked 7th at 170 in Intermat’s final prep rankings, announced his commitment on Twitter.

A two-time Wisconsin State champion, Johnson is a native of Whitefish Bay.

A double all-American at the Junior National Championships in Fargo last July, fifth in freestyle and sixth in Greco-Roman, Johnson was originally committed to Old Dominion, a program that was dropped in early April.

Johnson won Wisconsin state titles at 160 and 170 and projects to wrestle at 165 or 174 for the Panthers. He joins an already impressive haul for UNI head coach Doug Schwab.

University of Iowa wrestler Michael Kemerer has been granted a sixth-year of eligibility from the NCAA announced the school Monday. 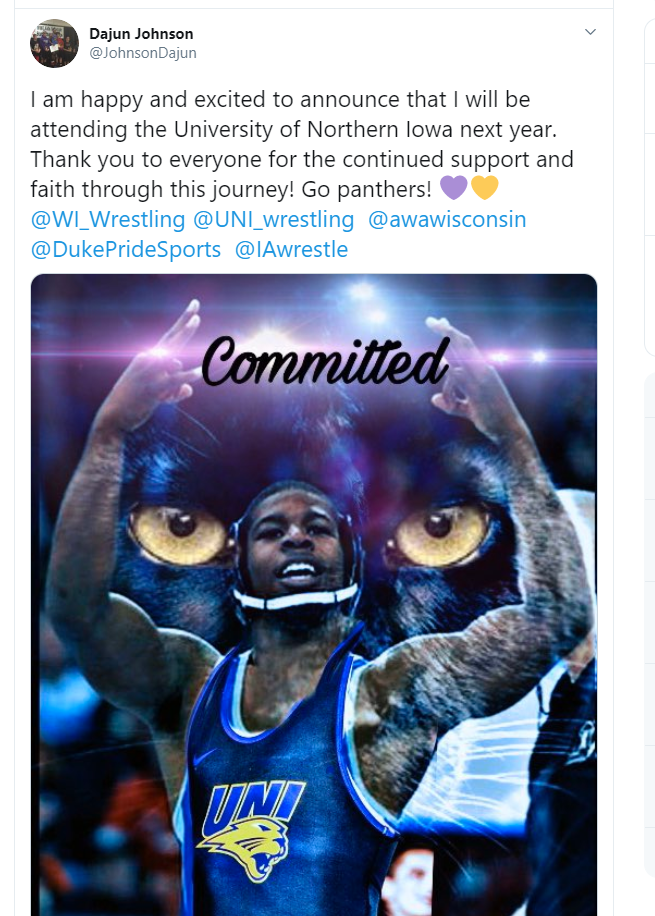 Above is the tweet from Dujan Johnson announcing his commitment to the Northern Iowa wrestling team.