CEDAR FALLS — The numbers are impressive for the University of Northern Iowa’s six senior wrestlers.

That group has combined for 435 wins, 104 pins and a pair of All-America performances with three meets and the postseason remaining in the 2019-20 season.

Friday will be the last appearance inside the West Gym for Jay Schwarm, Max Thomsen, Paden Moore, Bryce Steiert, Isaiah Patton and Taylor Lujan, and head coach Doug Schwab is hoping for a great crowd to honor them.

“This group of individuals have left their stamp on the program,” Schwab said Monday. “Obviously, it is not done, not completed. We still have a lot of work they want to get done, but they have done some great things within the program and how they have represented it.”

“Name me a group of seniors that have done that when there are only 22 in UNI history,” Schwab said.

“They have earned to have a packed house for their last match inside the West Gym.”

Schwab said the Panthers have had a good two weeks of training after last competing at Oklahoma on Feb. 1. There was a hard, three-day training cycle simulating the Big 12 and NCAA tournaments before getting a small breather over the weekend.

The Mountaineers come to town with a 3-9 record under second-year coach Tim Flynn. West Virginia is 0-4 in the Big 12.

WOMEN’S BASKETBALL: Coming off an overtime win over Southern Illinois Sunday and headed into a two-game road swing beginning Thursday at Indiana State, Panther head coach Tanya Warren said she will be revisiting a certain talking point with her team — turnovers. UNI had 23 against Southern Illinois.

“We have played some good teams, but we are also beating ourselves with our inability to understand that importance and value of each possession and give ourselves a chance,” said Warren.

SOFTBALL: After going 3-3 at the Doc Halverson UNI-Dome Classic, UNI softball coach Ryan Jacobs said he was generally pleased , especially with how the Panthers finished with wins over DePaul and South Dakota on Sunday.

“A lot of really good teams,” Jacobs said. “I don’t think there was one team that stuck out as the frontrunner or best team of the tournament. I think we gave each other some lumps and had everybody going home with some things they needed to get better at.

“As far as our team goes I really liked the way we bounced back. I thought we got better as the weekend went on. We took one on the chin Friday, didn’t compete like the way we wanted. Had a little bit of a mentality adjustment that we needed to make heading into Sunday.

“We really got tested by DePaul on Sunday and we were able to fight our way back and that is exactly what we talked about … have a little bit more grit, little bit more fight.”

UNI travels to Tucson, Ariz., Friday through Sunday for five games at the Hillenbrand Invitational where it will face Arizona, Oklahoma (twice), Bryant and Long Beach State.

UNI's wrestling team got a big win from Isaiah Patton as the Panthers upended No. 12 Wisconsin Thursday. 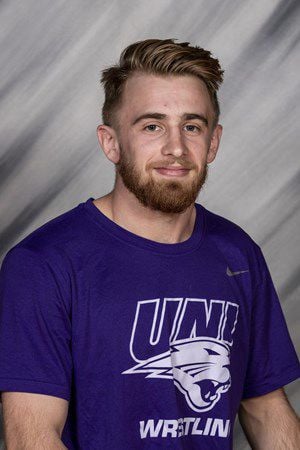 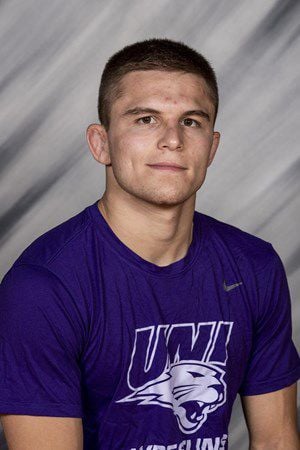 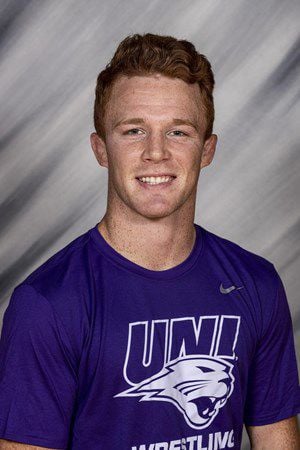 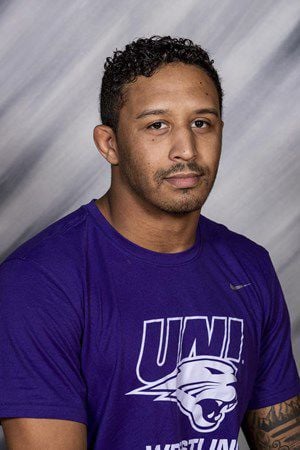 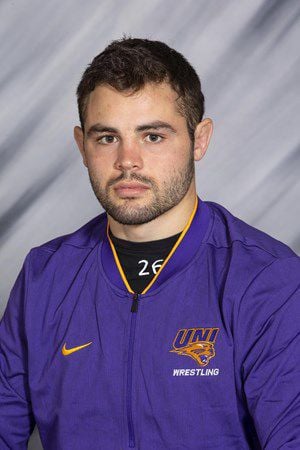 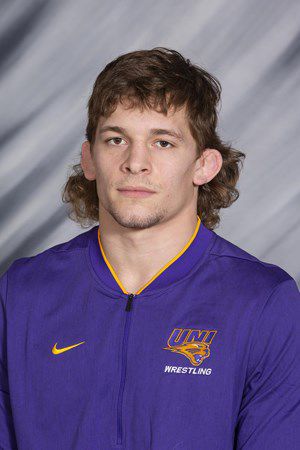