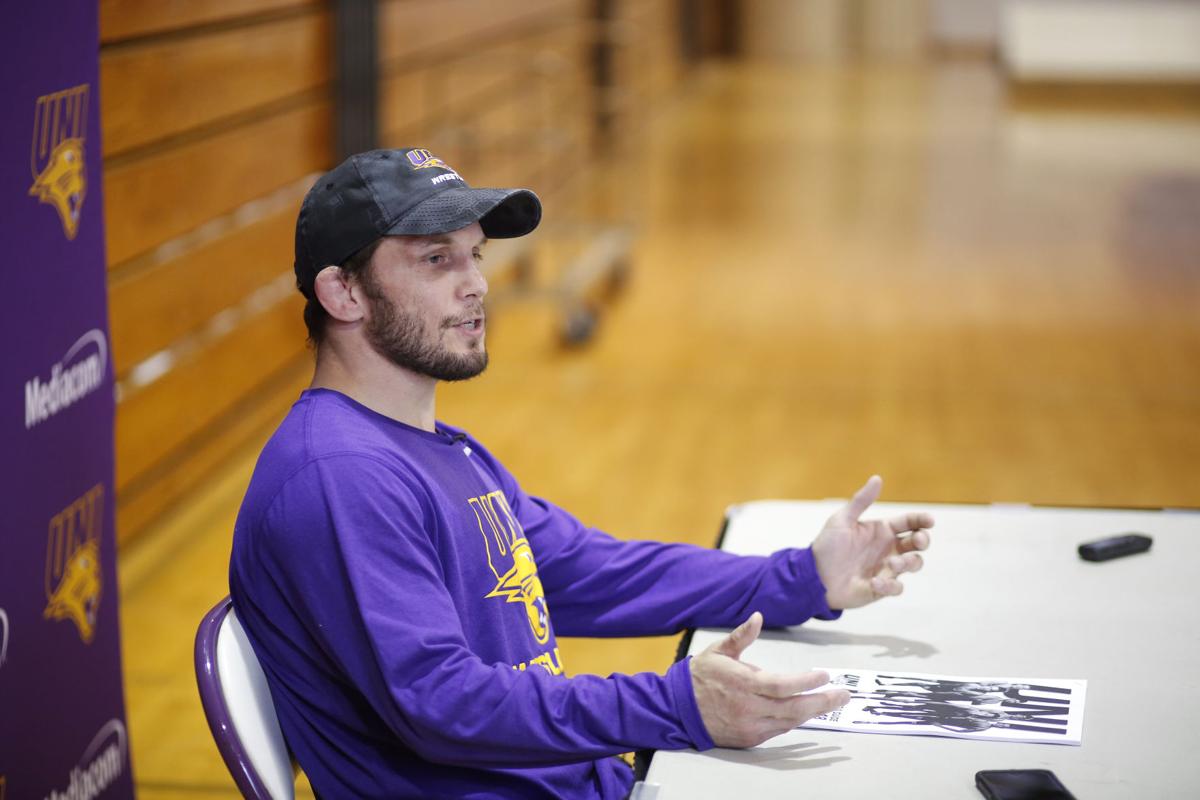 Head coach Doug Schwab speaks to the press at Northern Iowa wrestling media day at the West Gym in 2017 in Cedar Falls, Iowa. 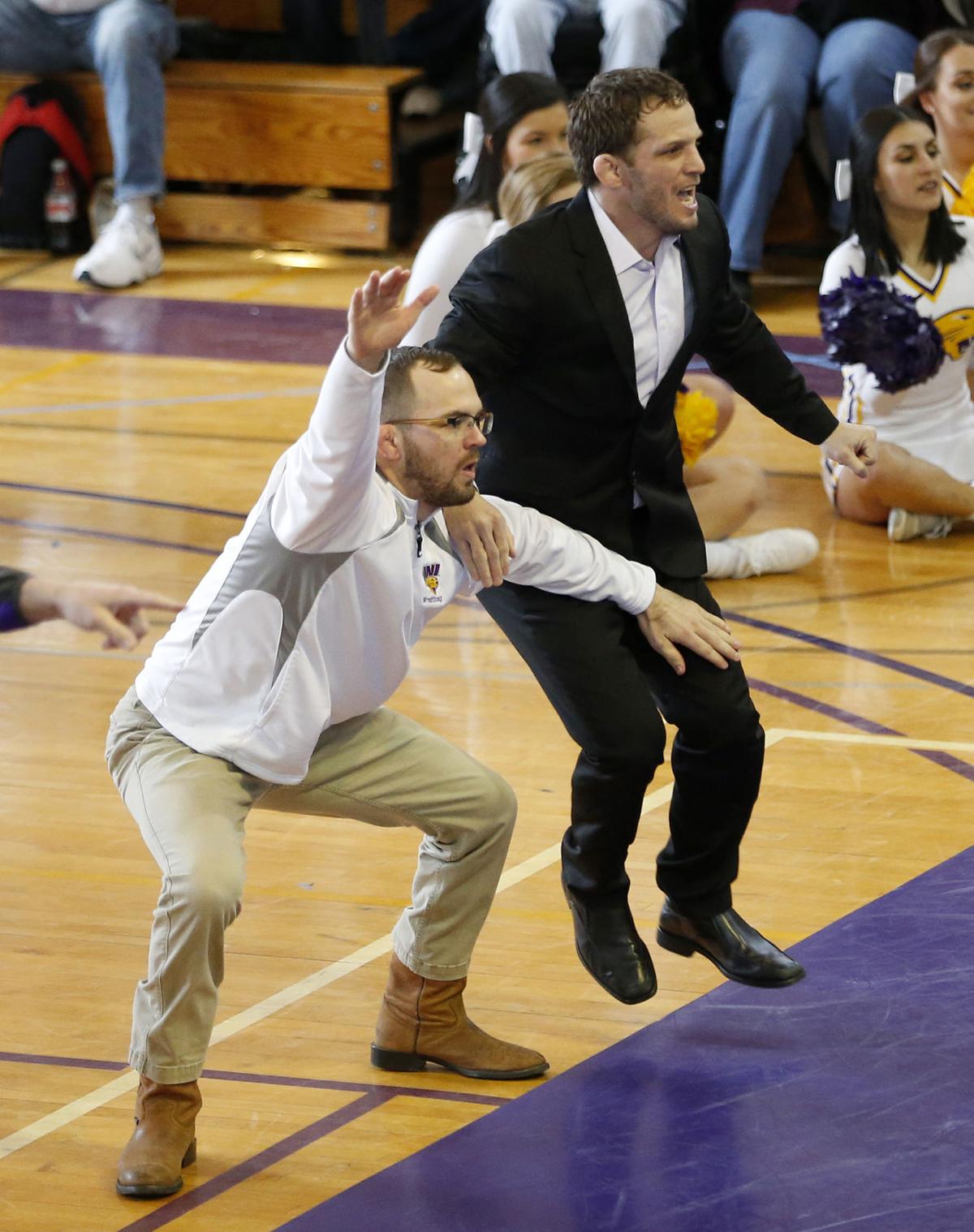 Northern Iowa volunteer coach Brett Robbins and head coach Doug Schwab react as Jay Schwarm scores on Oklahoma's in Christian Moody in a match at the West Gym in 2019.

CEDAR FALLS, Iowa – University of Northern Iowa Director of Athletics David Harris has announced the signing of a contract extension for head wrestling coach Doug Schwab through the 2027-28 season.

Keckeisen finished 20-1 and his third-place finish is the best by a Panther freshmen in almost 70 years. In 1952, Bill Wieck took first at 157, one match after former Waterloo West star Jim Harmon took second at 147.

“Doug has consistently and impressively improved the UNI Wrestling program during his 11-year tenure and has built a team that is among the best in the Big 12 and in the NCAA,” Harris said. “Along with his continued success on the mat, he, Allyson and their family have ingrained themselves into the Cedar Valley and the UNI community. We are thrilled to continue to have coach Schwab lead our program into the future.”

The extension comes weeks after Schwab had been linked to the then open position at the University of Illinois.

“I am excited for the opportunity to continue to build this program and move it forward,” Schwab said. “We love our team and our community. UNI is home. We have a lot left that we want to achieve and there is no place I would rather do it than UNI. Our family has a great support system here and we are excited for the future.”

Drew Foster won Big 12 titles in 2018 and 2019 and capped off his stellar career by winning the 184-pound national championship in Pittsburgh, Pa. at the 2019 NCAA National Championships. He was also named the 2019 Big 12 Wrestler of the Year. Taylor Lujan entered the 2020 NCAA Championship as the No. 1 seed at 184 before the tournament was canceled because of COVID-19.

Off of the mat, UNI had one of its best academic years with back-to-back semesters with team GPAs over 3.3. The Panthers recorded a GPA of 3.38 in the spring of 2020 and 3.39 in the fall of 2020. A school-record 18 wrestlers earned Academic All-Big 12 honors this season.

Head coach Doug Schwab speaks to the press at Northern Iowa wrestling media day at the West Gym in 2017 in Cedar Falls, Iowa.

Northern Iowa volunteer coach Brett Robbins and head coach Doug Schwab react as Jay Schwarm scores on Oklahoma's in Christian Moody in a match at the West Gym in 2019. 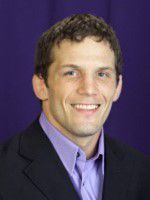