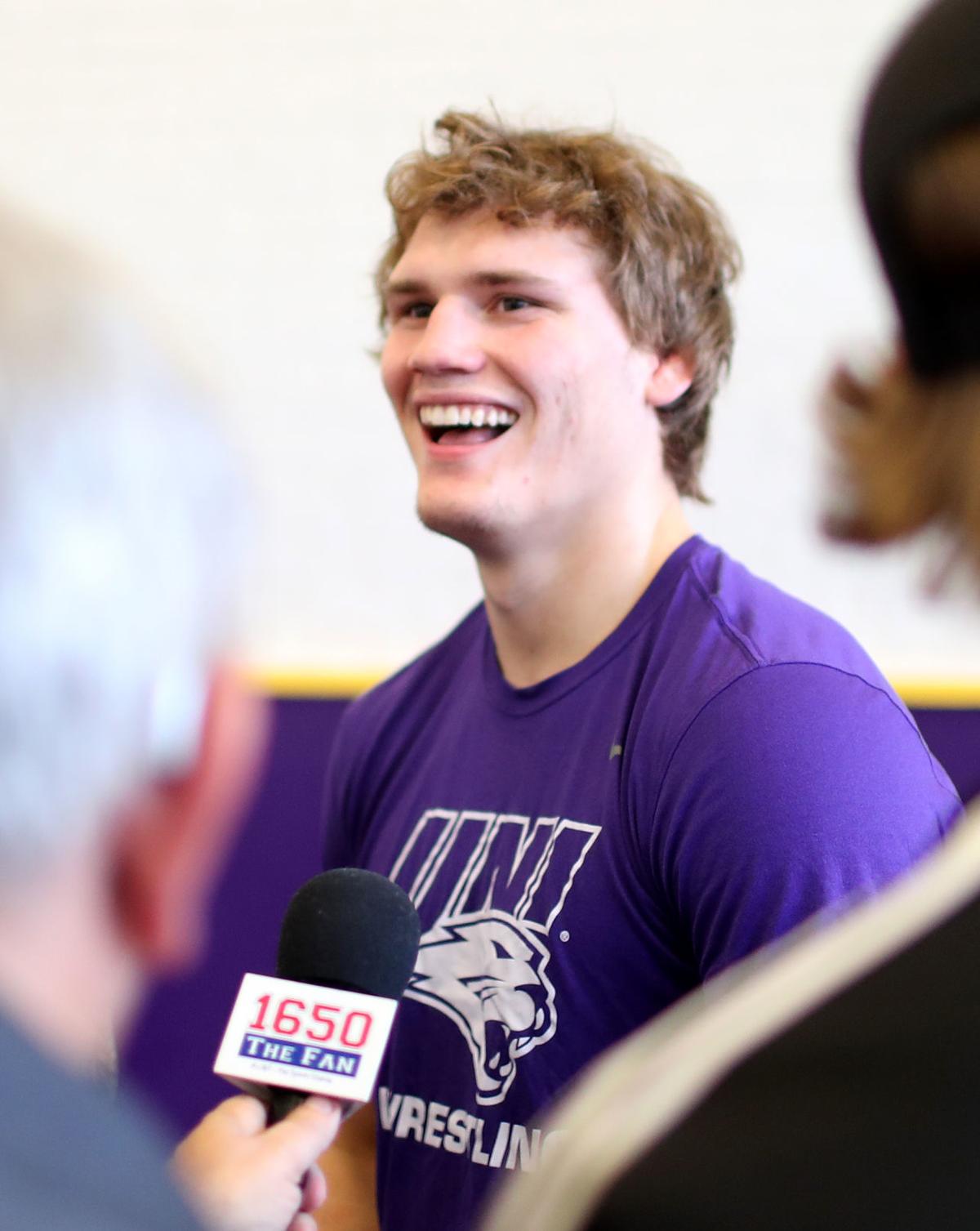 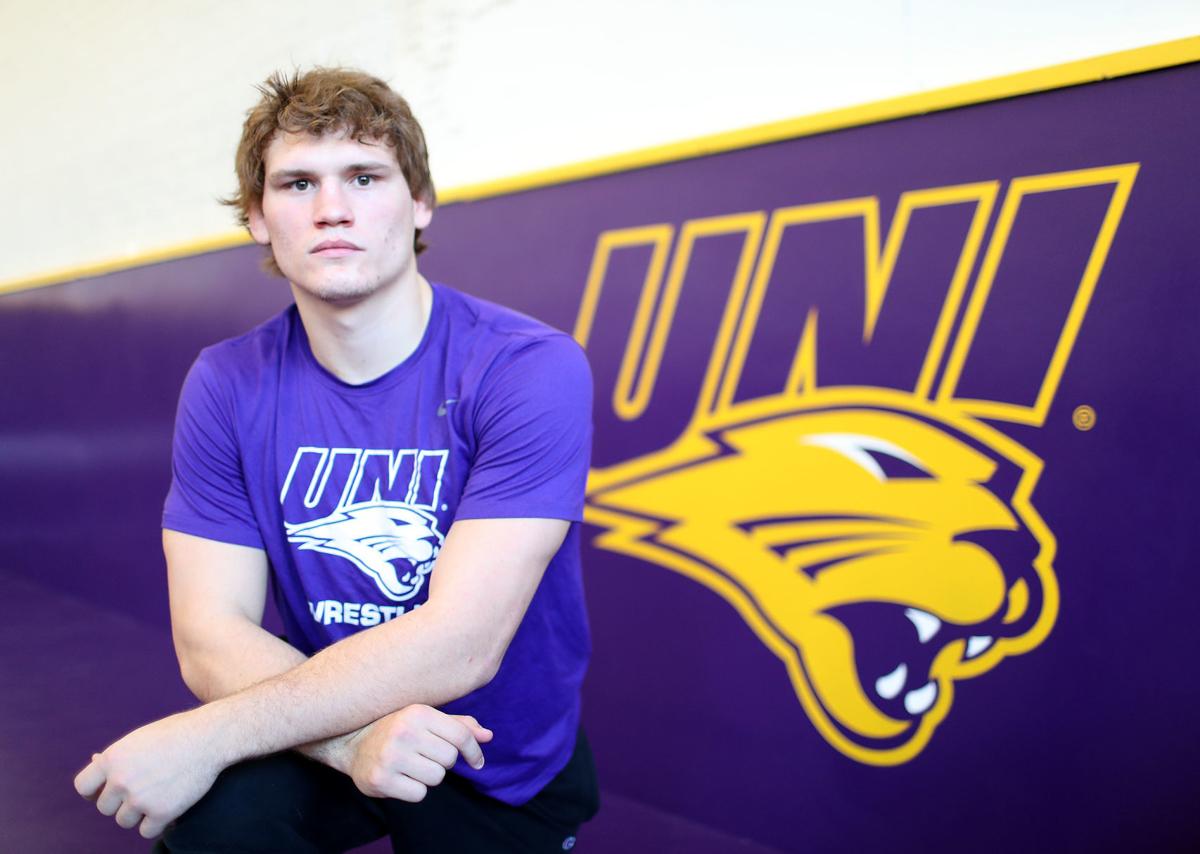 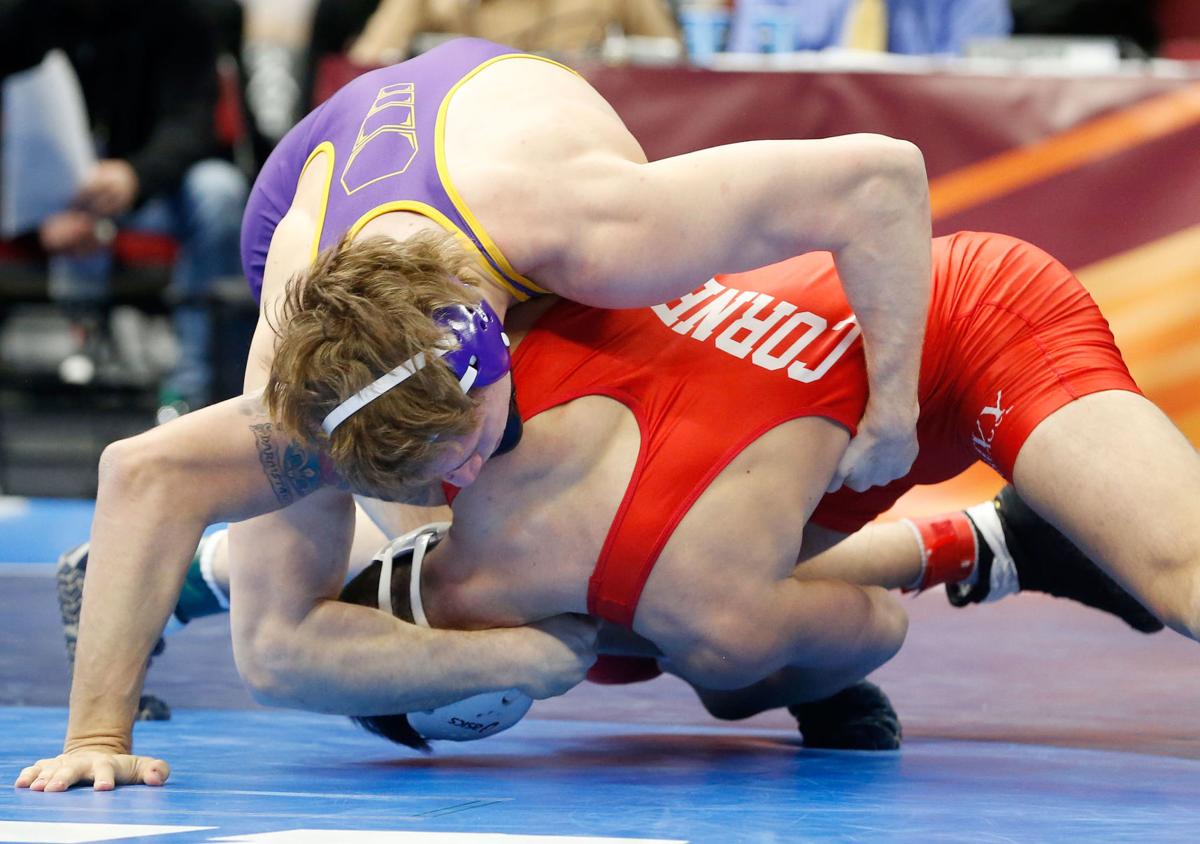 But for hours last year and well into the offseason, University of Northern Iowa 197-pound All-American wrestler Jacob Holschlag became one of the best chair fighters in the nation.

Holschlag, the La Porte City native, was riding high last year after a fifth-place performance at the NCAA Championships.

It was Northern Iowa’s homecoming and the mood was even more festive for the Panthers during an open workout for fans at the West Gym in preparation for the 2018-19 season.

It turned less festive for Holschlag midway through the workout when he suffered a ruptured left anterior cruciate ligament.

Previously with that injury, Holschlag would’ve rested and made an attempt to wrestle later in the season, Fortunately, last year was the first season with new NCAA regulation that made applying for a medical redshirt much easier.

The decision was quick.

“That is the NCAA’s job ... they are supposed to be for the athletes and do you really want an athlete playing or wrestling on an injury that could set them back more?” Holschlag said. “I’m grateful ... it makes it easier for an athlete to make a smarter decision.”

With the redshirt decision made, the next question for Holschlag and UNI head coach Doug Schwab was how Holschlag could get better while he rehabbed the injury.

Chair fighting was invented — basically hand fighting while sitting in a folding chair facing an opponent.

“There are always ways to get better,” Schwab said. “Conventional is to go to practice and that is what you rely on. But if you can’t physically do some things or bend your knee, hand fights seemed like a pretty good idea.

“You get creative, try something and see how it works. The biggest thing is if the guys believes in it and he feels like he is moving forward. Actually, when you do it you start to figure out how to use both hands, control space a little bit. Hand fighting is a tough skill. It is tough to teach, tough to learn.

“But when you are both sitting in a chair and get pulled underneath, then you start learning how to keep your head up.”

So day after day, Holschlag sat in a chair and fought assistant coach Lee Roper, as well as teammates Noah Glaser, Carter Isley and Austin Yant.

And day after day, Holschlag’s face took a punishing.

“I would sit and fight with anyone who wanted to sit in front of me,” Holschlag said. “I’d get big scrapes on my face, kind of like after nationals. It felt good ... I couldn’t get my hands on guys (on the mat), but it felt good to get that warrior out.”

In addition to the chair fighting, Holschlag spent time in the summer sitting on the mat, still not using his banged up knee and just clearing hands.

Holschlag said he’s gotten better because of the injury.

“I learned I can get better whether I’m on the mat or not,” Holschlag said. “I got better at wrestling and I got bigger.”

One thing Holschlag could do was lift weights and instead of weighing 192 wrestling in the 197-pound division, the junior is walking around at 207 as he begins the cut to 197.

He’s ready and eager to rejoin the Panthers’ lineup, but Schwab says they will be careful.

“I have learned a couple of valuable lessons the past two years with other injured wrestlers so we don’t need to rush him,” Schwab said. “He is getting there. You know the gritty, tough competitor he is. He’d go now if we let him.

Suni Lane has battle through plenty of adversity to get his chance to shine for UNI's football team. It came Saturday.

College wrestling: Heat is on for Upper Iowa wrestlers

Wartburg College wrestling team looks to continue to hold the rope as the Knights try to bounce back from sixth-place finish at National Championships last year.

Harrison Butker watched his 44-yard field goal split the uprights, the clocks inside Arrowhead Stadium reading zero, and the Chiefs kicker turned and sprinted the other way in celebration.

A little last-second magic allowed the Waterloo Black Hawks to close out a three-game weekend in exciting fashion with a 2-1 win over the Madison Capitols Sunday in United States Hockey League action. 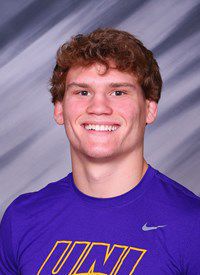