Using its length on offensive boards and to redirect shots, the Rebels edged the Panthers, 60-50, in a WNIT Semifinal in suburban Memphis.

Shakira Austin had 18 points and eight rebounds, and Madison Scott had 14 points and 11 boards and the two players combined for seven of 12 blocked shots Ole Miss recorded.

UNI (17-12) trailed by eight at halftime before twice pulling to within six, the final time, 33-27, a little less than two minutes into the third. But Ole Miss just had an answer for every charge the Panthers mustered.

During one stretch of the third and fourth quarters, the Rebels made five of six shots from the field and 8-of-9 overall, including their first three of the fourth quarter.

The loss ended a tremendous post-season run for UNI which finished with a .500 or better record for the 13th consecutive season and it is the 12th-straight season with 17 or more victories.

Rucker hit a nice driving, contested lay-up with three seconds left in the half as UNI trailed, 31-23 at the break. The Rebels had nine offensive rebounds and seven blocked shots in the first half as lead for the final 17 minutes and 31 seconds of the half.

Nicole Kroeger hit a 3-pointer that gave the Panthers their only lead of the game, 6-5 with 7:50 in the opening quarter. Kam Finley scored on a lay up to pull UNI to within 12-10, but UNI would not convert another field goal for 8 minutes and 19 seconds as Ole Miss closed the first quarter on an 8-1 run to lead 20-11 after the first 10 minutes. 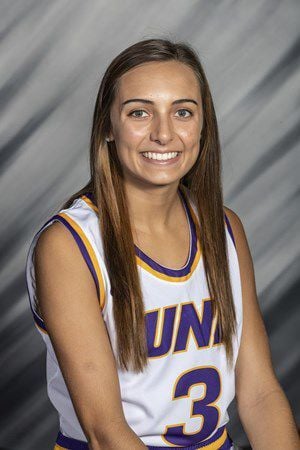 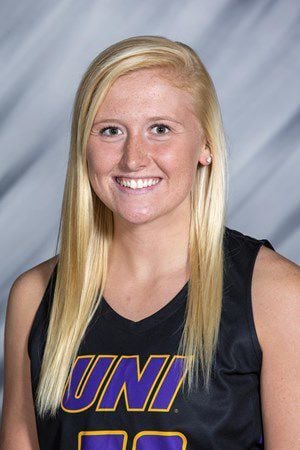