DES MOINES – Maya McDermott drove down the right side of the lane and then lifted off the ground while simultaneously floating a one-handed shot toward the rim.

The shot hit nothing butnet as the Northern Iowa point guard’s last-second shot with .03 seconds left lifted the Panthers (9-5 overall, 4-1 in MVC) to a 70-69 win over Drake Wednesday in Missouri Valley Conference women’s basketball action.

“It was another great team win,” UNI head coach Tanya Warren said.”I thought we were relentless. We weren’t perfect but we stayed true to our game. We got big stops when we needed to, we made big shots when we needed to. I think we got down nine, we didn’t hang our heads. We just kept chipping away and got good minutes from a lot of people.

“Maya’s had some really good games, but I thought that was probably the best second half she’s played in her career. Just a terrific and gritty effort from everyone.”

McDermott’s game-winner allowed her to finish with a game-high 19 points as she also dished out six assists and committed just one turnover.

UNI was tremendous on defense recording 10 blocked shots, four each by Cynthia Wolf and Ryley Goebel. The Panthers also recorded 12 steals, with Emerson Green leading the way with four.

Drake stretched its lead back to eight to open the third quarter on a McAuley 3-pointer, before UNI went on a 9-0 run with the Panthers taking their first lead since, 7-5, at 4:16 of the first quarter on a Green jumper.

Drake answered with a Maggie Bair jumper, but then Kayba Laube hit a trey and Grace Boffeli gave UNI its biggest lead of the game, 44-40, with layup.

A McDermott 3-pointer gave UNI a 66-63 lead with 1:22 left, and then the two teams traded big shots down the stretch culminating in a thrilling finish.

With four seconds left Sarah Beth Gueldner scored to give Drake a 69-68 lead, and the Panthers called a 30-second time out. UNI in-bounded the ball to McDermott and she did the rest.

The Panthers are next in action Sunday at Evansville. 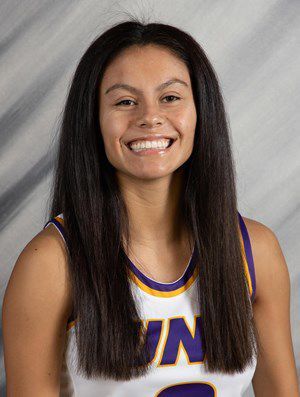 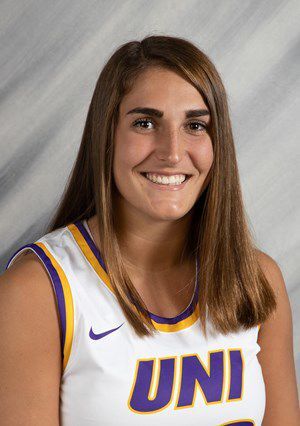