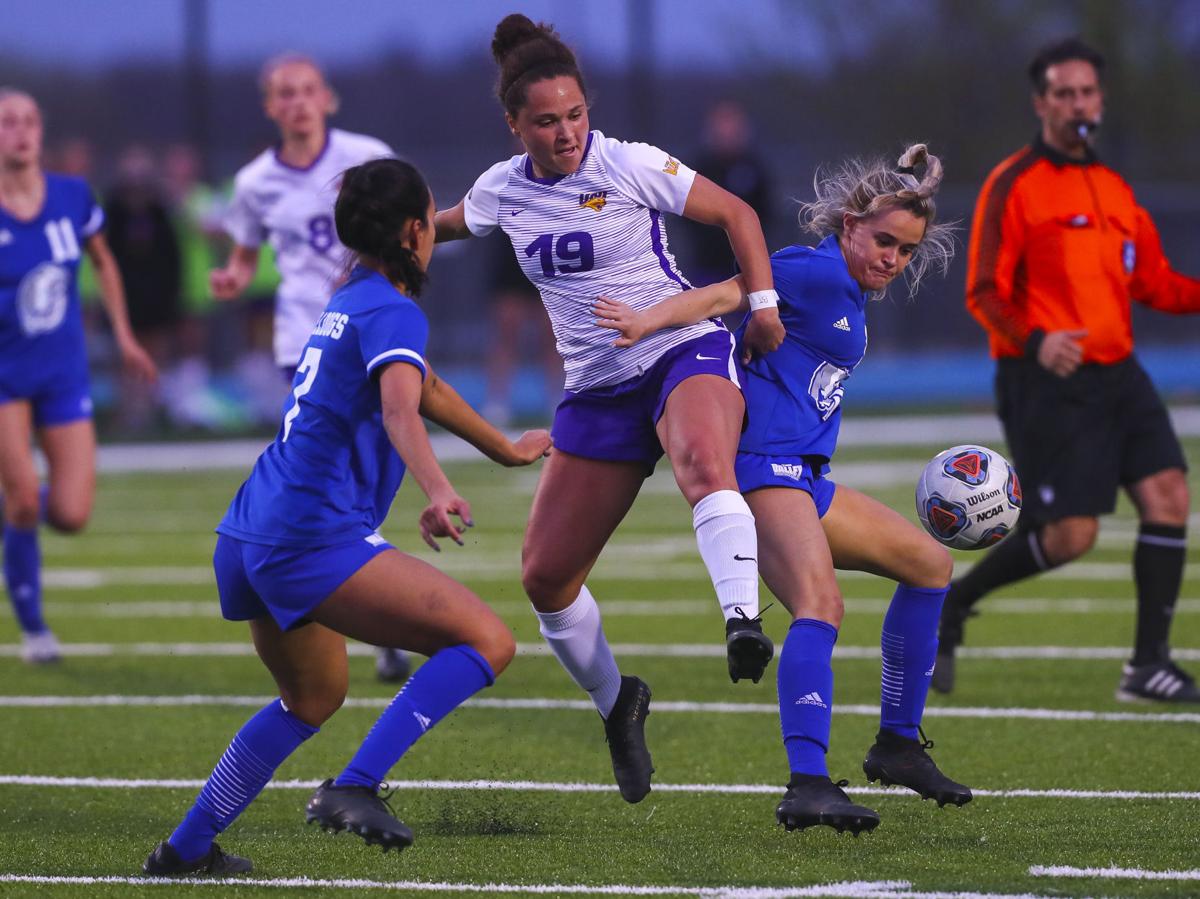 Northern Iowa's Johnnie Hill, center, vies for the ball against Drake University during an April match at home. 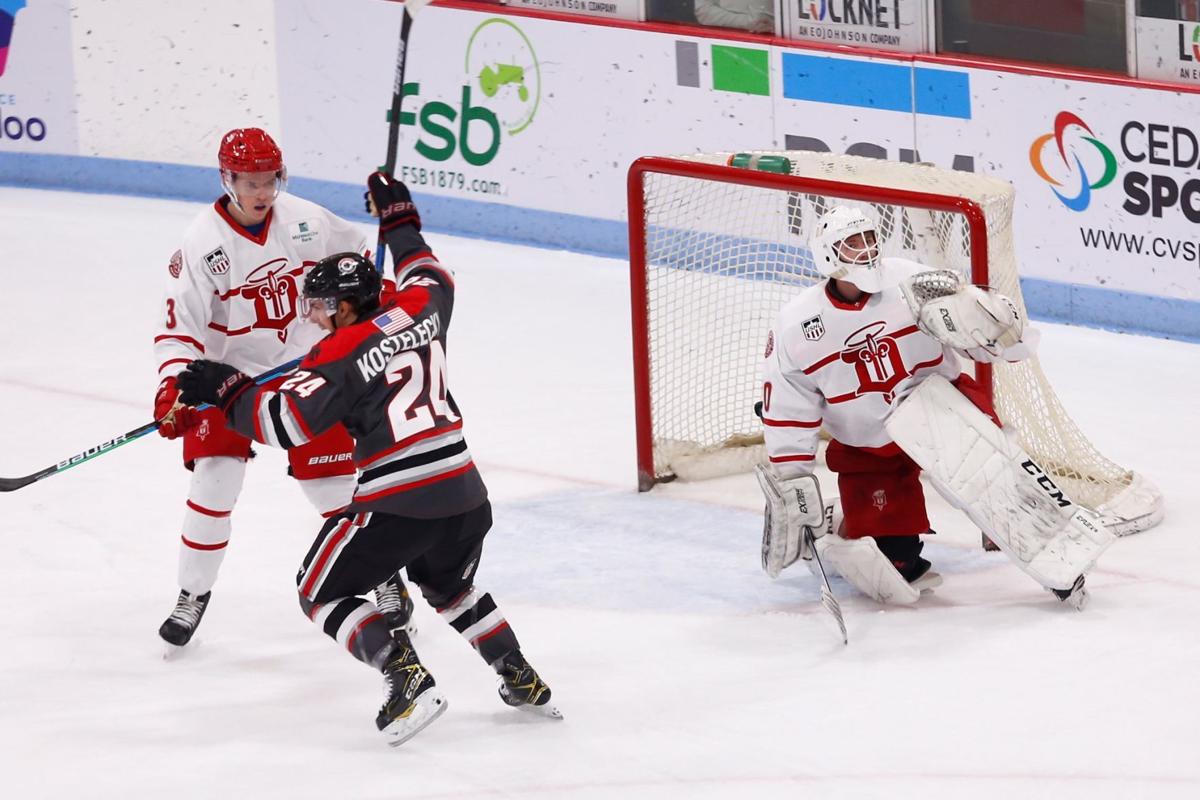 Irony can be a cruel beast.

Tied at two in Sunday’s Missouri Valley Conference quarterfinals, Northern Iowa was aiming to avenge its loss to Drake three days ago in the regular season finale.

It didn’t quite work out that way.

Rachel Panther, yes that last name is correct, scored in the 100th minute of the first overtime period to end UNI’s season in a heartbreaking 3-2 decision.

It caps off the Panthers’ season at 6-10-2 and they lose just one senior to graduation. Nearly every major contributor is likely to return for the 2022 season.

UNI trailed twice in each half. It would find an equalizer both times.

Sophomore Sophia Meier found the back of the net in the 33rd minute off a feed from Johnnie Hill to tie the match at one. Six minutes after the Bulldogs struck ahead 2-1, the Panthers had other ideas.

Allison Whitaker, a sophomore defender, got the ball off a corner kick and struck it home past Drake net minder Kelsie Stone in the 83rd minute. No one scored in the final seven minutes to send it to OT.

UNI had just one shot on goal in the overtime period.

Drake was up by as many as eight in the third set and was three points away from sweeping UNI. Behind an 8-1 run, the Panthers tied the set at 23 then proceeded to score the final three points on a Carly Spies kill, an ace from Kaylee Donner and a bad set from the Bulldogs.

It was a back and forth fourth set until UNI used a 4-0 spurt to go ahead and never look back. It trailed just twice in the fifth set to finish off the comeback.

Kaylissa Arndorfer and Megan Witte each paced the Panthers with 11 kills while Spies chipped in 10. Jenna Brandt dished out 16 assists while five players posted more than 10 digs, engineered by Emily Holterhaus’ 20.

Waterloo earns weekend sweep over Fargo: Behind three goals over a two-day span from Tyler Kostelecky, the Black Hawks snared a pair of wins on the road over Fargo.

They edged the Force 3-1 on Friday then needed overtime to win 4-3 on Saturday.

Waterloo (6-4) scored three straight on Friday after Fargo went ahead 1-0. At the 12 minute, 41 mark of the first period, Michael LaStarza netted his fourth goal of the season to tie the game at one.

Kostelecky scored on the power play at 7:58 in the second to push the Black Hawks head for good. Mason McCormick added an insurance goal at 18:49 in the second.

Saturday was much more nip-and-tuck.

Waterloo jumped out in front 2-0 after the opening period on goals from Patrick Geary at 1:48 and Garrett Schifsky at 19:05. Fargo emphatically responded in the second.

In the span of 30 seconds, the Force tied the contest at two. Kostelecky gave Waterloo the lead at 3-2 at the 10:08 mark of the second stanza then Fargo’s Gustav Portillo found an equalizer nearly two minutes later.

After a scoreless third period, Kostelecky put the finishing touches on his weekend.

The puck went from Mason Reiners to John Waldron to Kostelecky’s stick who fired in the game-winning goal past Force keeper Louden Hogg to quite the Scheels Arena and cap off two wins.

Fargo outshot the Black Hawks in both contests, but the latter’s goalie – Jack Williams – finished his weekend with 67 total saves.

Waverly-Shell Rock gets over quarterfinal hump, aims for state title

CEDAR RAPIDS – Recording over 40 wins has been far from Waverly-Shell Rock’s biggest hurdle this year.

Northern Iowa's Johnnie Hill, center, vies for the ball against Drake University during an April match at home.